My name is Jeff “AdjudicatorHawk” Hamilton, and today I’m here to talk to you about the group and combat design of the Voth, as experienced on ground maps. To start, we began our research by taking a look at “Distant Origin” (Star Trek: Voyager, Ep 3×23), which introduced the Voth species. While the episode largely deals with Voth scientists and aristocrats rather than military members, it still helped us answer one of the most important questions when designing something:

“What defines the spirit of the Voth?” 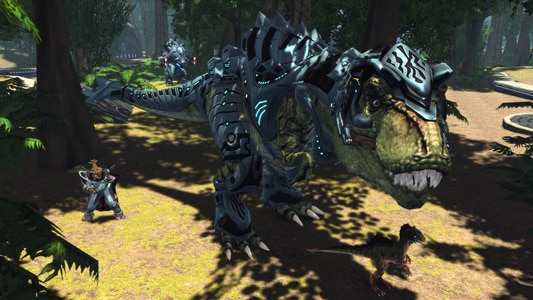 When looking at the Voth as a species, our starting point was only one episode, so we had to look at what stood out about them and extrapolate from there. Their actions demonstrated that they were highly defensive, both culturally and militarily. While they vastly outstripped Voyager’s level of technology, offense was not their preferred solution to the problems that Voyager posed to them. They were also clearly very Science-focused – they had entire councils of elders dedicated to each field of Science, and their technology was able to transport an entire Intrepid-class starship. Their vessels were exceptionally large, and their cloaking technology was an advanced form of phasing not seen in the Alpha Quadrant.

So what did we take from all that? In combat, we want the Voth to feel defensive. The Voth aren’t waging war on the players, and the players aren’t waging war on the Voth – they’re just coming into conflict over their different motivations for being in the Dyson Sphere (you’ll learn more about this as you experience the story in The Sphere). Voth should also feel unique to fight against, using high technology and intelligent tactics to their advantage. Many of their powers revolve around shields, cloaking, and their own special take on Antiproton energy damage. All of this combines to form the framework of which we’ve created the Voth ground group. Let’s go into some details about what individual Voth are capable of! Rank and file Voth conscripts and enlisted officers make up the backbone of the Voth military. These are the known varieties of Voth soldier you will encounter in the Dyson Sphere: 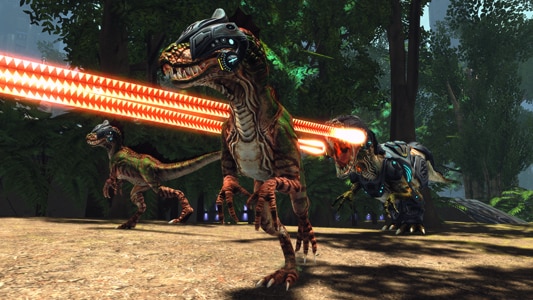 Not all combatants in the Voth force are so mundane, however! The Voth have bred and trained creatures we would only recognize as dinosaurs to use on the field of battle: 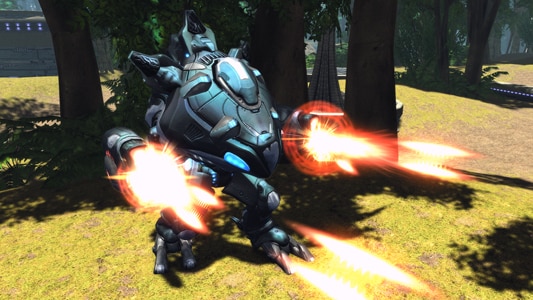 All-told, the Voth are an incredibly varied group of combatants on the ground, capable of using teamwork and ability synergies to create interesting combat scenarios. The vast majority of their mechanics are telegraphed via animations and FX, allowing astute players to react to their abilities before they finish using them. Most important of all, the moment-to-moment combat of fighting Voth is fun on both ground and space – blasting dinosaurs and mechs never felt so good.

We look forward to seeing what strategies you' will come up with when fighting Voth, and also what stories authors will tell in the Foundry using them. Stay tuned for our next blog about designing the Voth’s space combat experience, and we’ll see you in-game!