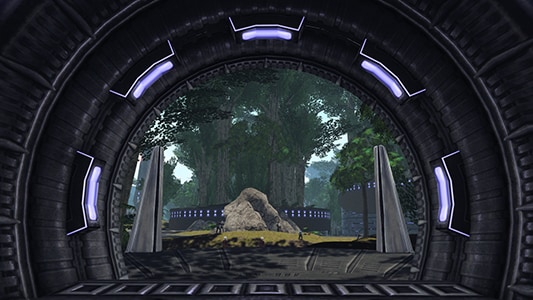 The Dyson Sphere Battlezone is a contested persistent ground zone where the Voth and unified forces of Starfleet, Klingons, and the Romulan Republic are fighting for control over the REDACTED in the Solanae Dyson Sphere. Players must be level 50 to access the battlezone. Up to 20 players can be in the zone at once, and each player can bring two bridge officers. Players can team together and still retain their bridge officers; a full team of five captains will each still have their bridge officers.

What is the point of the battlezone? 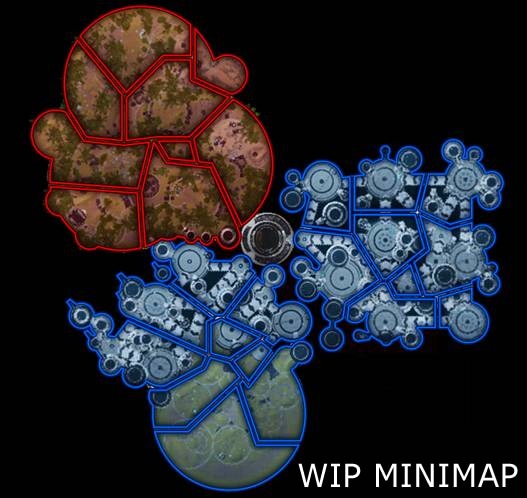 The goal of the battlezone is to take and hold eighteen out of twenty-one Voth-controlled points. The control points are located in three different regions, which allied forces have labeled, “Park,” “City,” and “Outskirts.” When a point is captured, allied forces will be shuttled in to defend the area from the Voth, who will try to take the point back. Players can reinforce captured areas by calling in reinforcements with Command Credits that are earned by capturing points and defeating enemies. Command Credits will expire after a short time, so make sure to use them!

Players will be able to view control of the zone through a UI bar on the side of their screen and also by looking at their map, which will show which regions are Voth-controlled or Player-controlled. Once enough control is gained, allied forces can make their final push to take control of at least one of the three REDACTED silos. 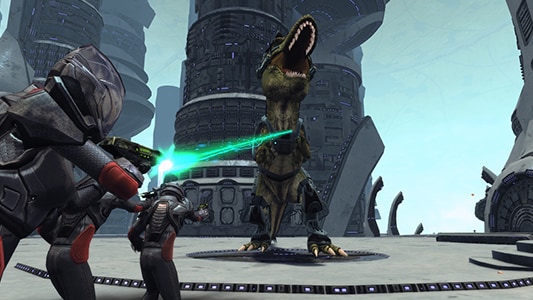 In the final stage of the battlezone, three areas where the main REDACTED are located will be unlocked in each of the regions of the map. Players must capture at least one of these points before the Voth finish their work in the area.

When the final three objectives are either won or lost, the zone is put into a reset stage. The Voth have been fully pushed out, and allied forces will have time to do what they can to neutralize the REDACTED threat. However, the Voth are swarming the Dyson Sphere, and it will only be a matter of time until they return in full force to retake the area and continue their operations.

What are the rewards for playing in the battlezone?

Players will be rewarded with Dilithium and Dyson Sphere Marks every time they capture one of the twenty-one points in the battlezone. Dyson Sphere Marks can be used to advance the Dyson Joint Command Reputation (more information about the new and improved reputation system will be posted in an upcoming blog!) that will be released with this season.

When the zone is put into its final stage, players must complete at least one of three objectives to win. Every objective that is complete will increase the final reward of Dyson Sphere Marks and Dilithium. Player participation in capturing points will also increase that reward. Participation is saved over time – if you captured five points on Monday during a lunch break, but don’t participate in a zone completion until Saturday, you will still receive bonus credit for your earlier participation. 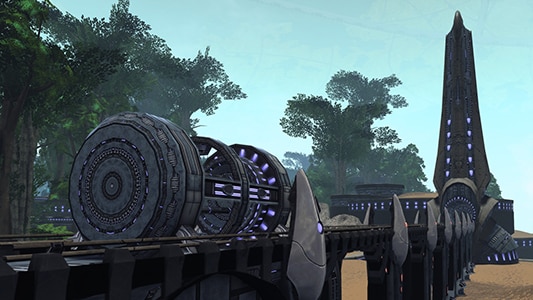 In the zone
((Click image above for a full-size screen))

Do I have to team to play the zone?

Players are not forced to team when they enter the battlezone. Each capture point is designed to dynamically scale for the number of players (up to five) that are participating. A player can take a point by themselves, but they can also grab a few friends and have a challenge as more Voth appear to stop them!

The Dyson Sphere Battlezone will be going live with Season 8: The Sphere. It is wildly different from our previous adventure zones, and we’re all very excited to see everyone’s reactions and strategies for the zone.

Keep checking back for more great previews to our upcoming Season 8 release, and prepare yourselves to boldly go where no one has gone before.