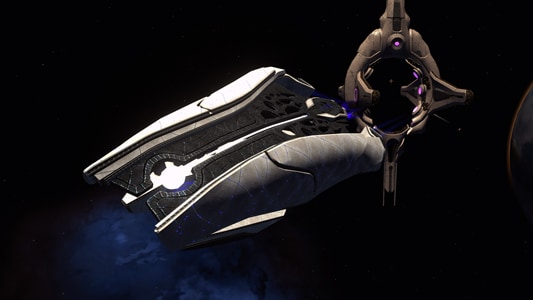 This strange and powerful ship is from an ancient culture that has had limited contact with the Alpha Quadrant. Although the ship is not Elachi in design, it shares enough similarities with their technology to have a common origin.

The Obelisk Carrier is among the largest playable starships in Star Trek Online. It is an engineering-centric carrier with very high hull strength and an abundant amount of seating for engineering bridge officers and engineering consoles. This hulking carrier comes equipped with Obelisk Swarmer hangar pets in its two hangar bays. 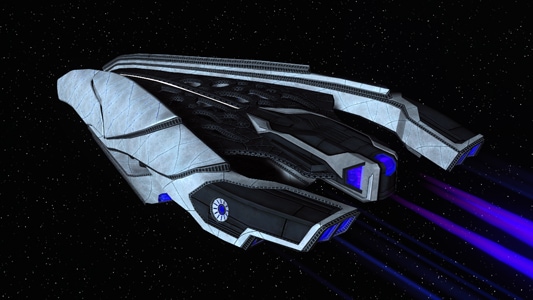 This ship can be earned by completing the “Sphere of Influence” feature episode before server maintenance starts on December 5, 2013. After this time, members of Fleets who have completed Tier 1 of the main track of the Fleet Spire Outpost will gain access to purchase the Obelisk Carrier. 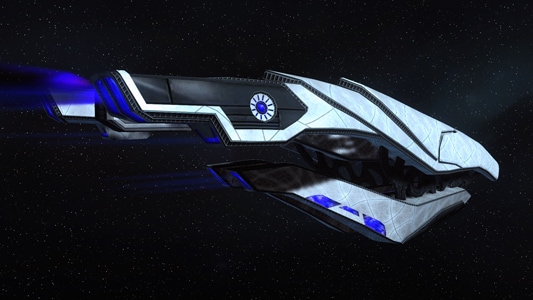 This starship will be available for purchase from the Lobi store for 800 Lobi Crystals. It receives a +10% bonus to its shields modifier and hull strength, an additional Engineering console modification, and has its Lieutenant Engineering bridge officer seat upgraded to a Lieutenant Universal bridge officer station. In addition, the Advanced Obelisk Carrier comes equipped with the Reactive Anti-Proton Cascade Emitter universal console. 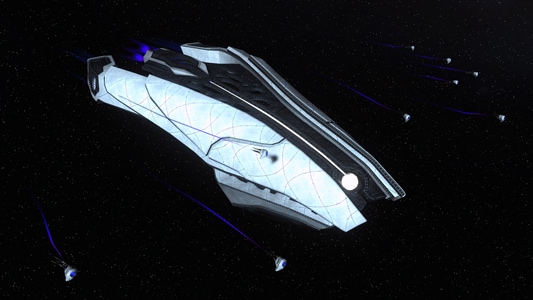 Obelisk Swarmers are small, unmanned drones that quickly close with their target and harass them with powerful antiproton beam attacks and transphasic torpedoes at very close range. They can deal a tremendous amount of damage very quickly, but are highly vulnerable to area of effect attacks.

Swarmers have been sighted throughout the far reaches of the galaxy, most recently in the Gamma Quadrant.

Both versions of the Obelisk come equipped with standard Obelisk Swarmers. Advanced and Elite versions of these fighters, which can be equipped on any ship with a hangar bay, can be purchased by advancing your Spire Fleet Holding. This special item set has three pieces: the Reactive Antiproton Cascade Emitter universal console, the Omni-Directional Antiproton Beam Array and the Obelisk Subspace Rift Warp Core. The console is standard on the Advanced Obelisk Carrier and the beam array and warp core are rewards for completing Sphere of Influence.

NOTE: The above stats for both ships and items are subject to change. 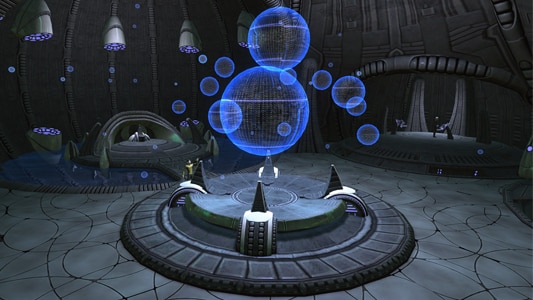 The Obelisk Carrier and Advanced Obelisk Carrier are equipped with a unique bridge. While visiting your bridge, you will also be able to access your Account Shared Bank, move into a Small Craft, and contact different ship departments for Duty Officer Assignments.

We hope you enjoy these extraordinary carriers and look forward to seeing you flying one in-game!