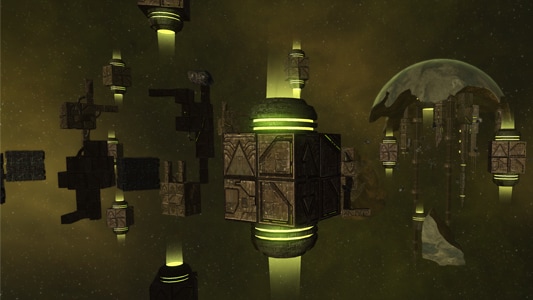 The Borg are weak.

Their ability to root themselves in an obscure area of the Neutral Zone speaks volumes for the ailing Federation's duplicity. The Klingon Intelligence Database says the Ker'rat system was assimilated by the Borg during their invasion into the Beta Quadrant to wipe away the Federation. While once the orange rays of the Ker'rat star bathed the forest planet on the edge of its habitable zone, the Borg quickly cracked and reduced its moon down to base materials used to repair their ships. While Starfleet points its sensor arrays to the far corners of distant quadrants and sends its Captains to chart obscure sectors, the Empire endures! While our warriors push back Starfleet and their cowardly Romulan Pe’taQ allies in the Otha System, our squadrons seek to remove these lifeless Borg drones from the battle lines and salvage any worthy technology.

Our war with the Federation grows weary; their forces become ever more splintered as new obstacles come into view. Our houses remain strong, we remain focused, and here at the Ker'rat system we will dominate whomever we find there! 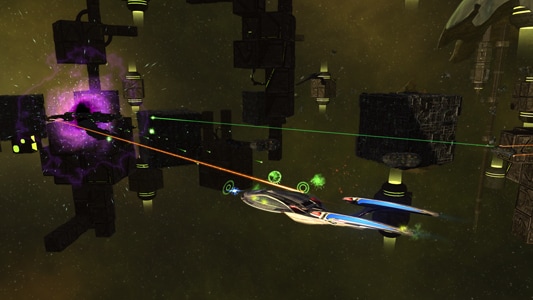 My name is Regulus, and I'm one of several Executives of Lag Industries, a PvP/PvE Fleet. When asking around, I was recently surprised to discover that not all players were aware of the very unique area in Star Trek Online known as "Ker'rat."

The Ker'rat system has been in STO for as long as I can remember and is a PvPvE Space War Zone! Think of it as a near law-less area, hidden between Federation and Klingon space in the Eta Eridani Sector Block, filled with a Borg Unicomplex. Here, you will harness a wide range of skills from your ship and crew, as well as from your fellow Captains, all while duking it out not only against the Borg, but against live players from your rival faction, too! If you like nothing more than battling it out with your fleet-mates against a pack of KDF Bird-of-Preys, or completing the repeatable mission to destroy Borg technology, then Ker'rat is the place for you!

These are some of the aspects you can expect to find when warping in: 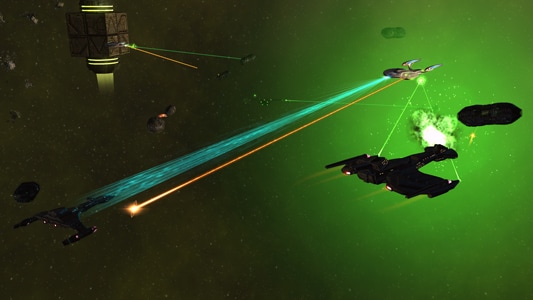 Scattered throughout the Unicomplex are many encryption nodes that are guarded by varying Borg elements. Your faction must scan eight Nodes in order to progress to the final stage; but be careful, the Borg will fight back. Your ship’s and crew’s abilities will help determine how efficiently you will be when scanning the nodes. Once this objective is complete, your forces will need to destroy four Borg Repair Hulks in order to complete the mission. Of course, these are only found in the very center of the repair facilities and are well guarded by Borg Probes, Spheres, Cubes and Tactical Cubes.

Throughout the mission be careful not to become immobilized and destroyed by Borg forces warping in, or that you get picked off by the opposing factions marauding forces who are looking to complete their objectives before you do. Staying in groups is the name of the game for members of the Federation, as going out alone is a sure way to be destroyed by prowling KDF squadrons. As a member of the KDF, let the Federation do your work for you! Stealth may be your best tactic to steer clear of Starfleet battlegroups while they engage the Borg. 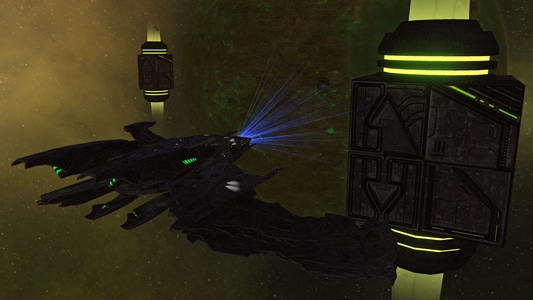 I hope you make best use of Ker'rat to hone your skills. Whether you play there for financial gain, to test the limits of your ship, to bring honor to your house, or to bring peace of mind to your fleet, Ker'rat will cater to all needs.