What Is Survival Mode? 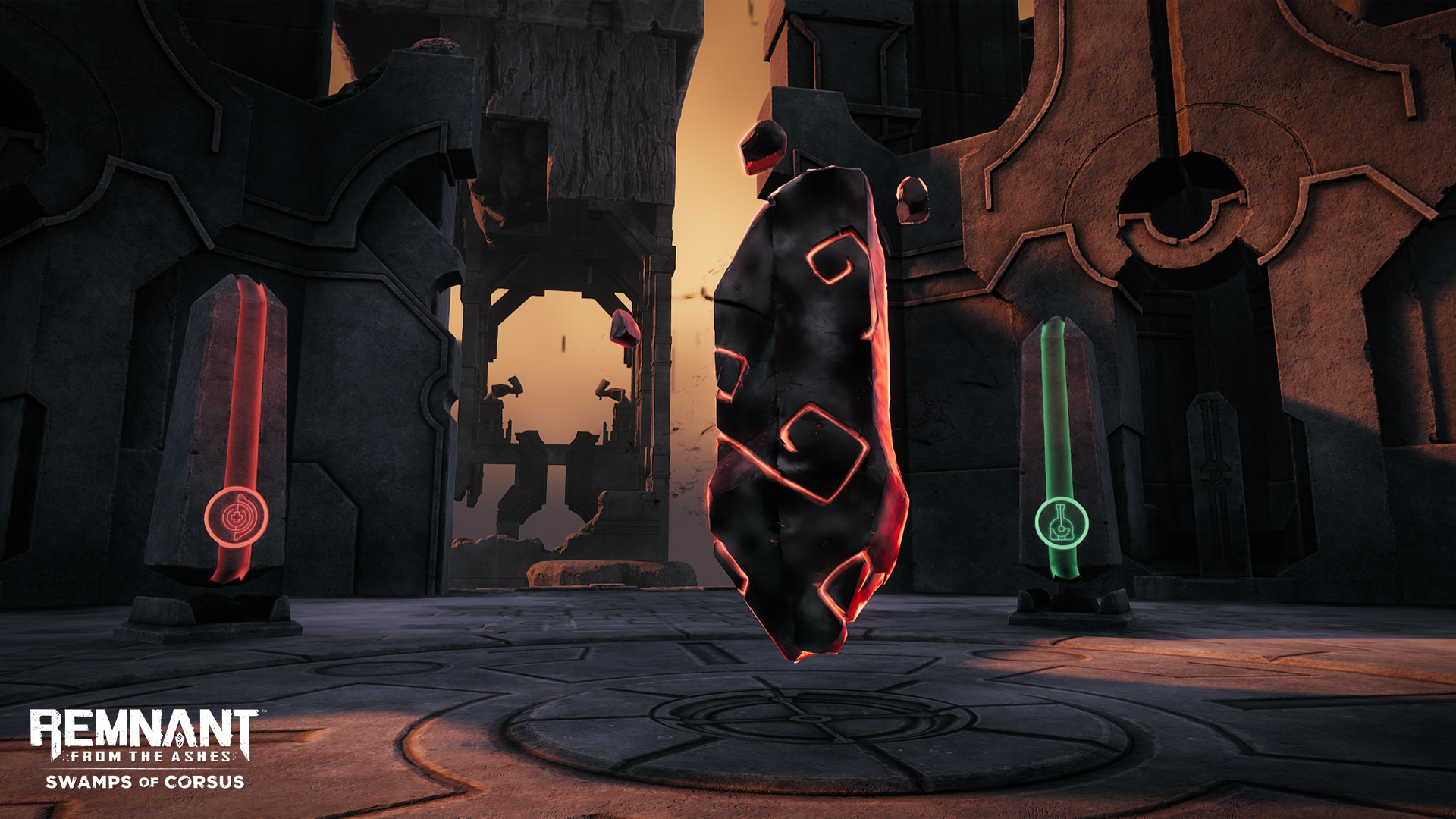 Yesterday we announced the new Swamps of Corsus DLC for Remnant: From the Ashes! The new content is coming to PC (Steam) on April 28, 2020, and Xbox One and PlayStation®4 at a later date. One of the main features of this DLC is Survival Mode, so today we're taking a deep dive to reveal all of the functions and systems of the upcoming game mode.

Survival Mode is a brand-new way to experience Remnant: From the Ashes. The goal is simple; how far can you go? Featuring a streamlined progression system, Survival Mode puts the emphasis on player skill, build creativity, and smart decision making. Boss knowledge is a must, but time management and exploration are also essential to Survival.

In Survival Mode, players start with nothing but a Repeater Pistol, a few consumables, and a handful of scrap. They are then thrust into a completely randomized and endless experience that only ends upon death. How far can you go? How long can you survive?!

Survival Mode is accessed through the Ward 13 World Crystal. Upon arriving in the Labyrinth, players will be stripped of all their worldly possessions. 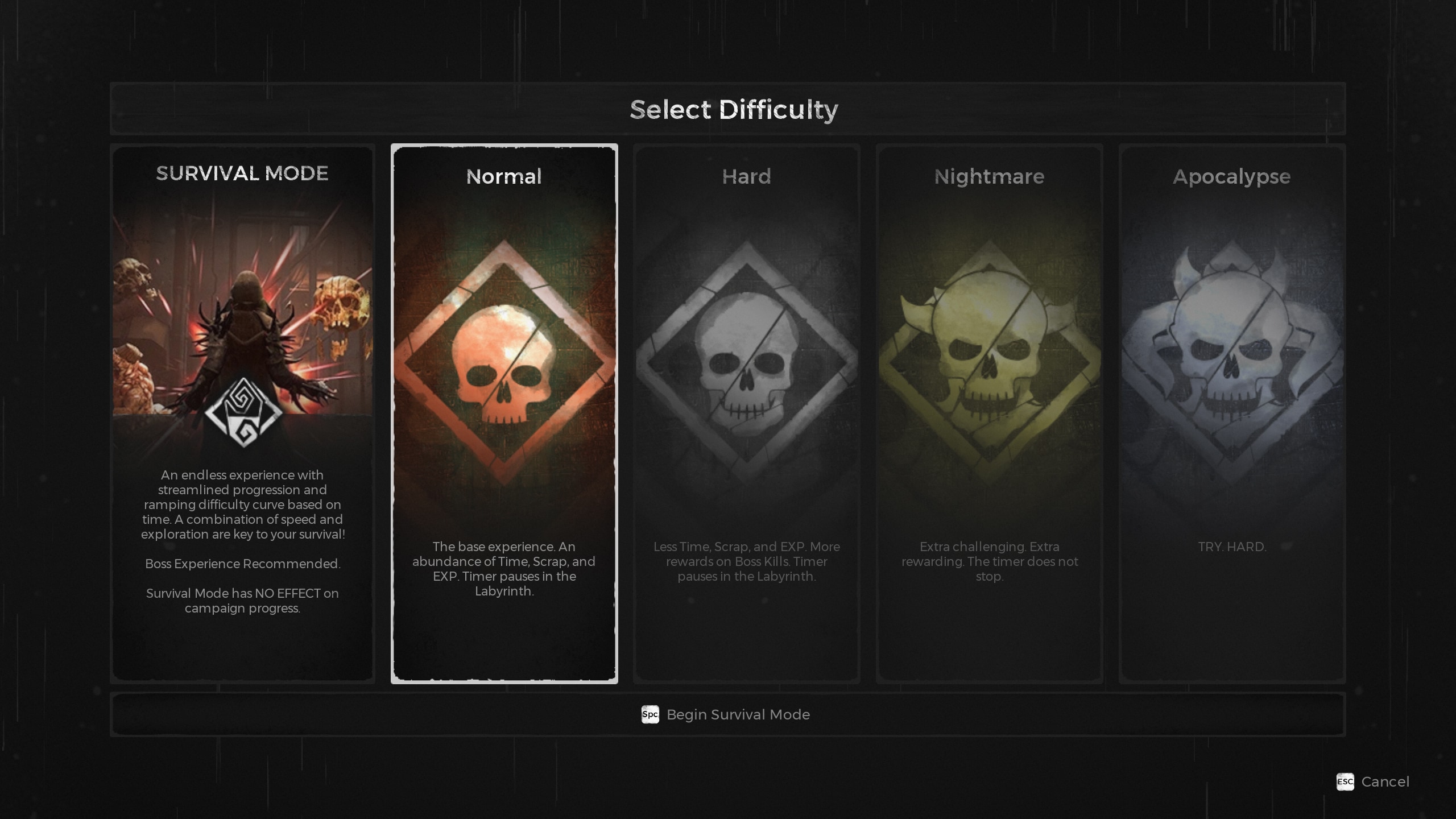 In the main room of the Labyrinth is a corrupted World Stone that looks familiar but shines with an eerie glow (something is afoot!). Players will notice suspicious obelisks vendors which sell random items to help them on their journey, however, these come with a price. Players can choose to spend their meager starting scrap to purchase any available gear or consumables or save it for the next time they come across the vendor with the hopes that more desirable choices will become available.

Upon activating the World Stone, players are whisked away to a random biome. Players journey through the biome while searching for the entrance to the biome’s dungeon and then fight their way through the dungeon to battle the biome’s boss. Along the way, they gain EXP from kills to increase their player level which automatically increases their damage, health, and stamina. Players must explore for resources, loot (guns, armor, trinkets, mods), and even stackable modifiers (Survivor Traits) which alter many gameplay elements and can stack to impressive levels. 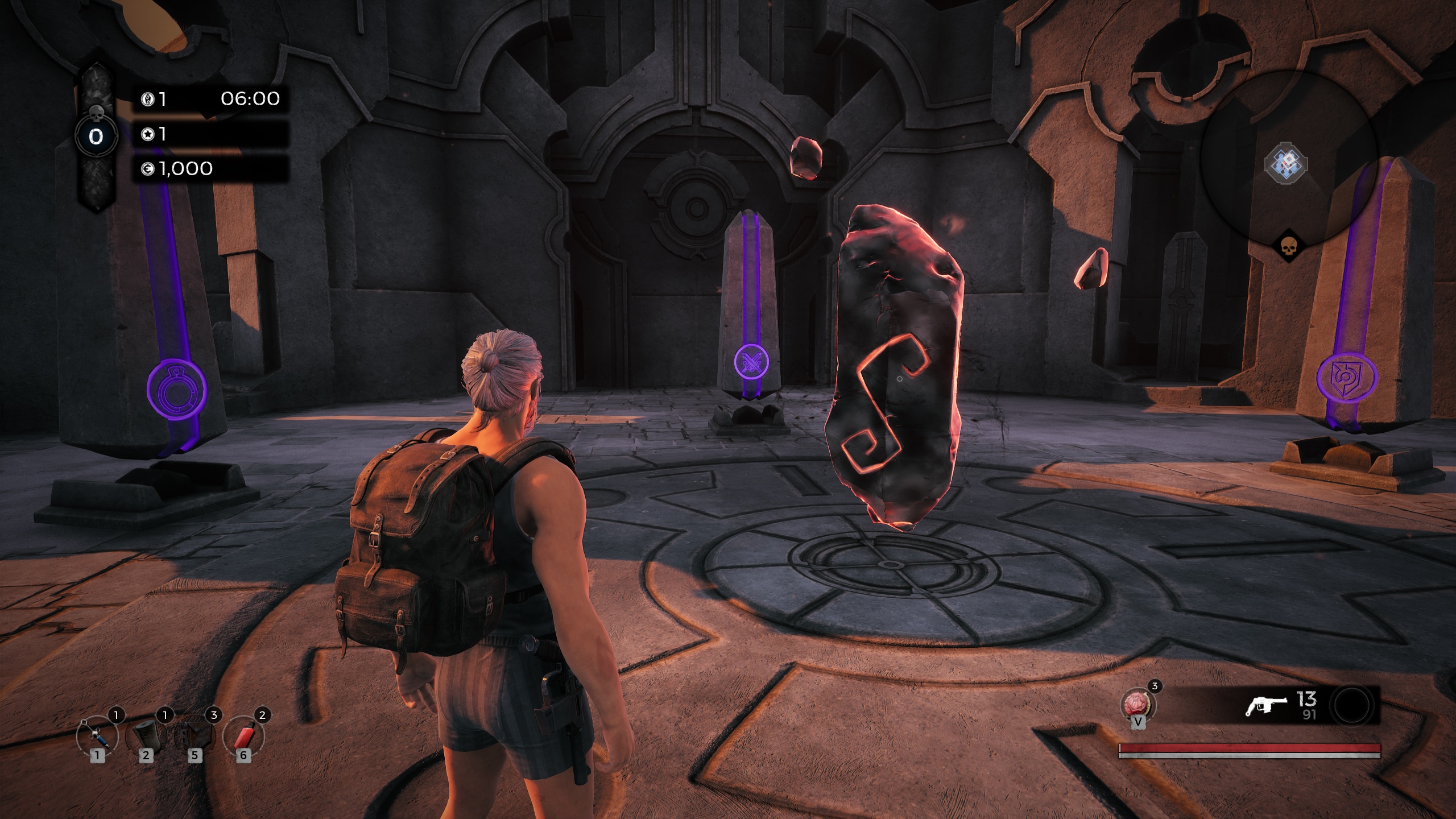 However, this journey is not as simple as it sounds. Along the way, players will be fighting against the clock… a clock which gradually increases the difficulty… a clock which cannot be stopped (except when resting in the Labyrinth). The longer players take to explore and get stronger, the harder the game becomes. As they defeat bosses, the clock is advanced, and the game becomes harder still! It is a true test of time… a true test of survival!

After defeating a boss, players head back to the Labyrinth with more resources. They can visit the vendors to see what new wares are available. Wise players will try to find synergies between looted and purchased items to give them the greatest chance at surviving. Once the purchase phase is done, players again travel through the corrupted World Stone to face another random biome. 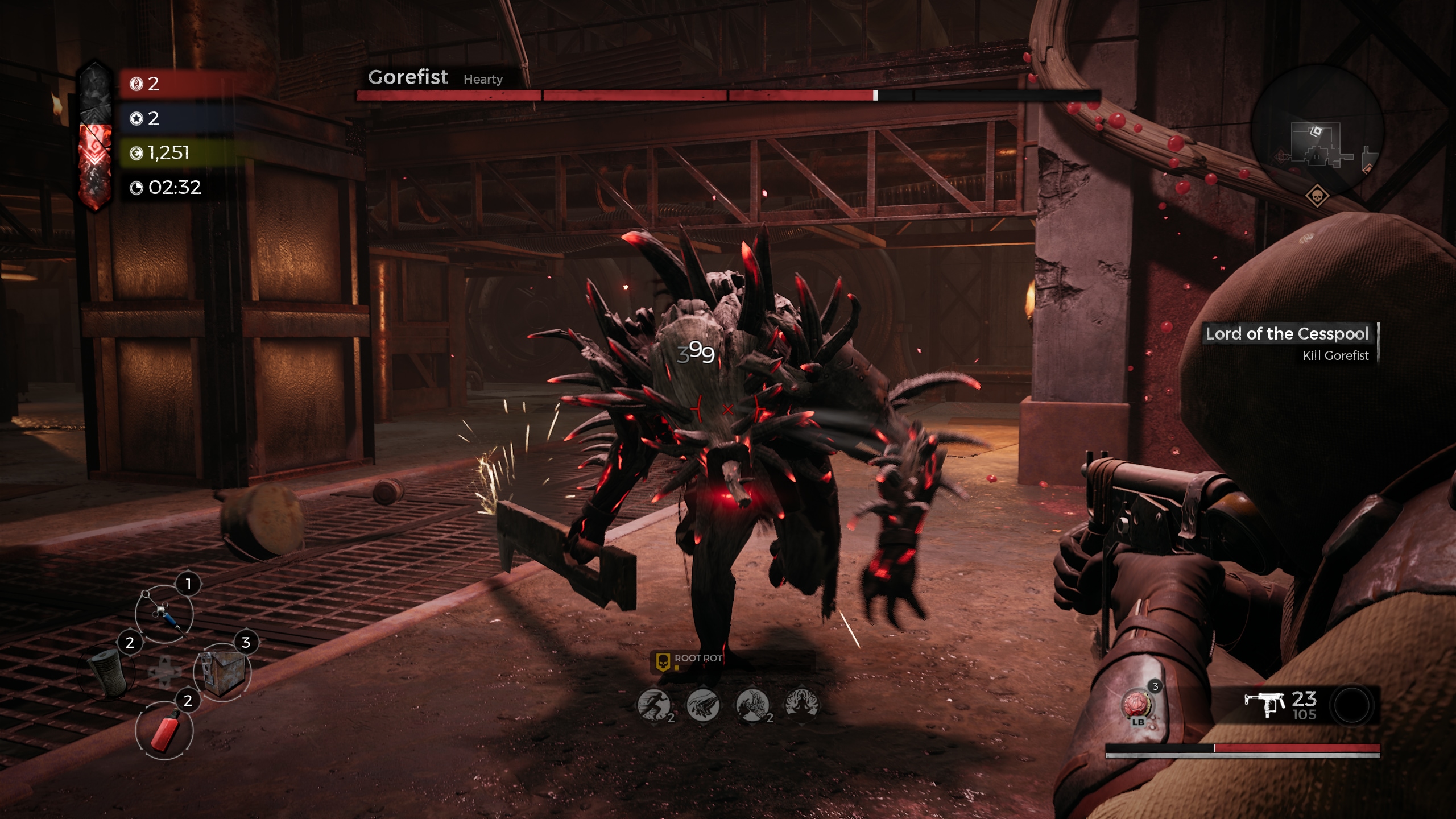 Throughout a run, players will never fight the same boss/world boss twice unless they have already defeated every single boss available. Between runs, players will never fight them in the exact same order. The only constant is the fact that players will always fight 2 bosses, then 1 world boss, and then the cycle repeats. Defeating bosses in a run will allow the player to start their next run with additional scrap – the first boss is always worth the most.

Upon death, the stats screen will show players how well they performed. This is a great way to see how different players compare against each other.

Any progress throughout a single survival run is not saved. If the player dies, they die… and the sequence must be started anew. They lose all looted items, all collected Survivor Traits, and all resources, as well. The good news is that along their journey, players will collect Glowing Fragments. These can drop from elites but are guarantee from bosses. Glowing Fragments are account bound (meaning they do not reset between runs) and can be used to purchase unique Armor Skins in Ward 13 for any of the armor sets in the game! The more bosses a player defeats in a run, the larger their Glowing Fragment bonus will be at the end. 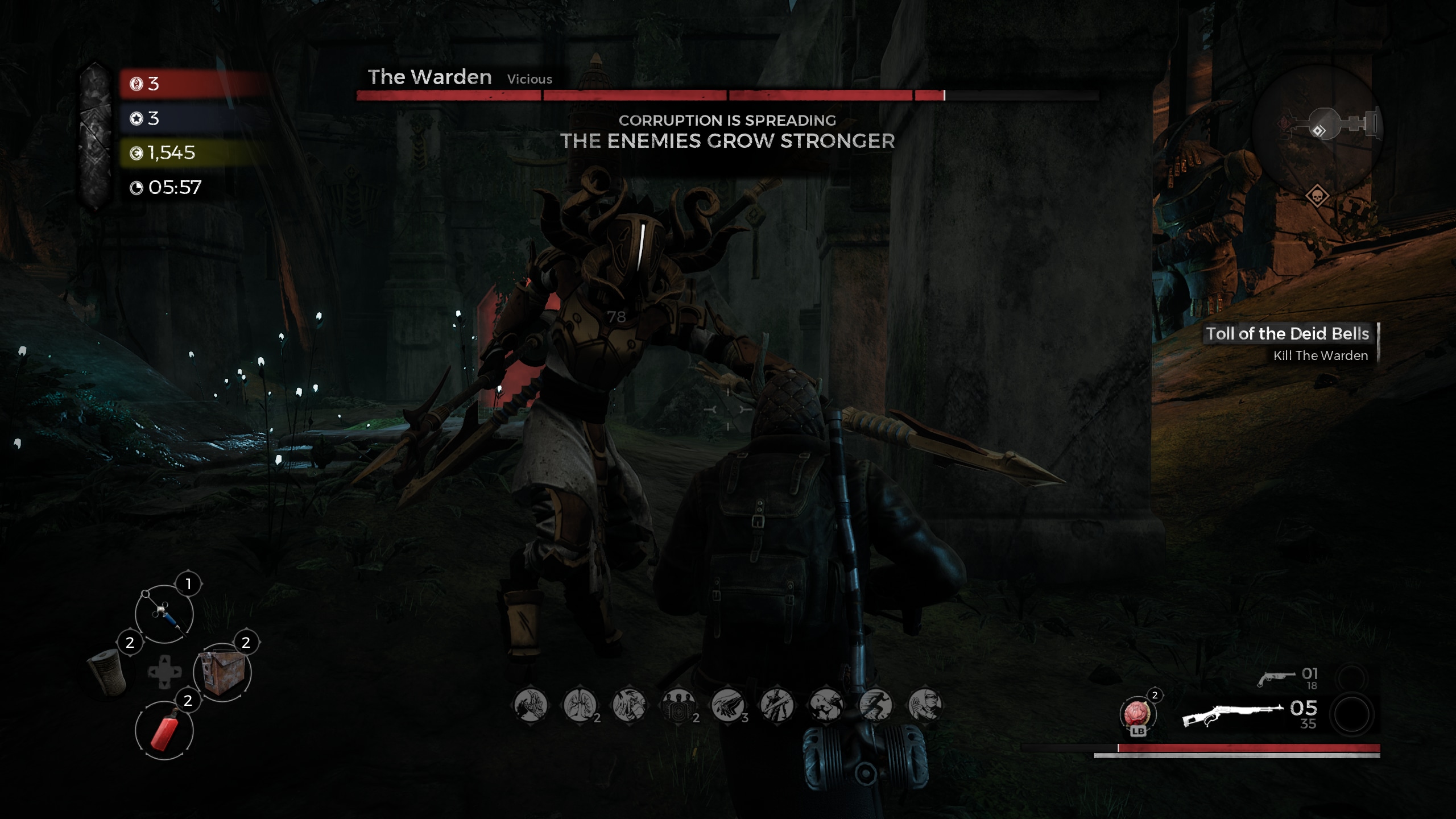 Oh, and there may even be a few very special account bound rewards for certain feats achieved in Survival Mode! Like our Hardcore rewards, these items will carry over to any non-Survival Mode character you have or create in the future (including Hardcore Mode characters)!

The goal of Survival Mode is really that simple; utilize your knowledge, skill, and decision making to see how far you can go! Stay tuned for more details, videos, exclusive reveals, and exciting content on our Twitter and Facebook pages. Follow us on Twitch to catch the Survival Mode preview livestream this Thursday, April 16th. Be sure to join the conversation with devs and find teammates on our official Discord server.