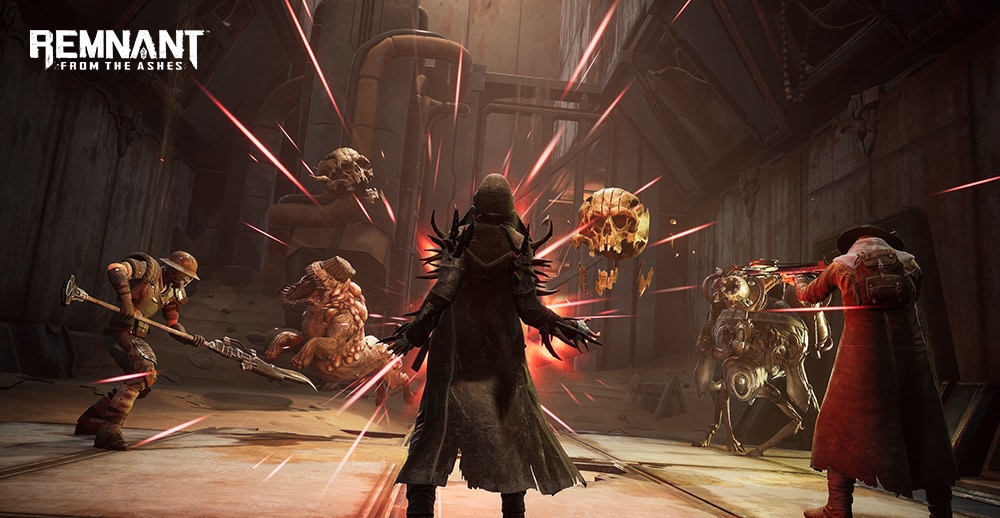 REMNANT: From the Ashes launches in just under three weeks! Wrapping up our major feature blogs, we’re covering one of the most frequently discussed topics: Multiplayer. This time we reveal the details of how loot, progression, friendly-fire, and other multiplayer systems function. Be sure to get caught up on the previous feature deep-dives for Moving, Attacking, & Dying, Upgrading, Crafting, & Firearm Mods, and Dynamic Generation & The World Stones. Continue onward to find out more about how multiplayer works in REMNANT!

Ben (Tragic) Cureton, a Principal Designer at Gunfire Games, is back with the specifics!

Playing with others is simple! REMNANT is designed around drop-in / drop-out multiplayer for seamless co-op. If you’d like to host, you can invite friends to join your current game through the Friends List or create a game that only friends can find. If you’d prefer others to host, you can connect to friends through REMNANT’s game lobby, or join a random game through REMNANT’s matchmaking system.

Your character is an extension of yourself. All of the time spent slaying bosses and crafting awesome weapons becomes a part of your character identity. That’s why your entire character carries over from your singleplayer game to anyone’s multiplayer session. This includes your Archetype, weapons, armor, traits, and resources. Feel free to farm on your own while waiting for your friends. 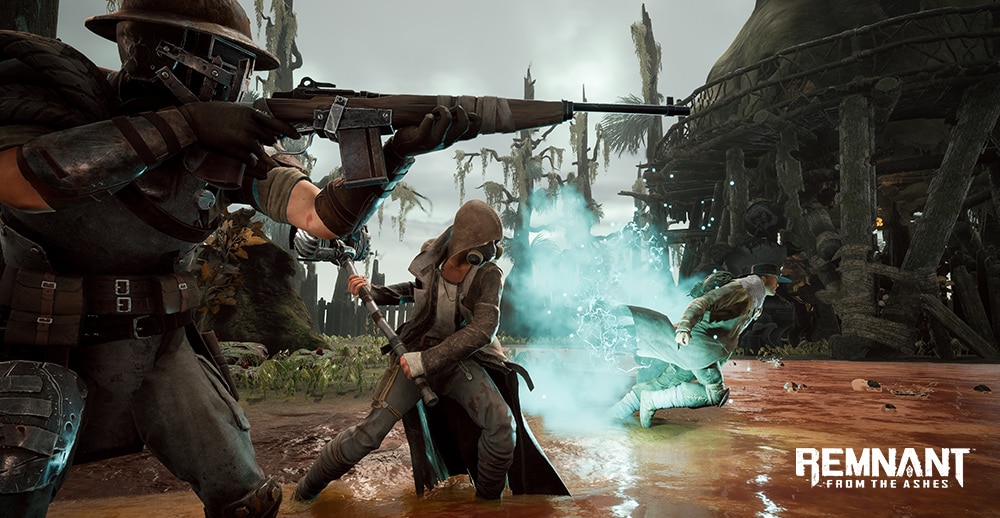 Adding extra players will make REMNANT too easy, right? Not necessarily. The game automatically scales the strength and frequency of enemies as players join or leave the group. This ensures that the overall balance of the game remains consistent whether it’s played solo or in a party. A team of three survivors, working together, can bring a tremendous amount of firepower to the table, so we’ve worked hard to create a system to match that potential with increasingly challenging creature combinations. Some of the most difficult and gratifying fights in REMNANT are found in multiplayer. To offset that greater challenge, the quantity of rewards and the likelihood of finding rare or coveted items are increased as more survivors are involved.

The environments of the post-apocalypse are treacherous, so teamwork is critical to overcoming many of the game’s biggest challenges. REMNANT’s combat is meant to be deliberate and deadly. We want players to watch their surroundings, their teammates, and their enemies. Thus, we’ve implemented limited friendly-fire. Only ranged weapons deal friendly-fire and at reduced damage (25%) to other players. Melee weapons DO NOT deal friendly-fire, so don’t be afraid to swing away even if your buddies are standing shoulder-to-shoulder with you!

All loot picked up by a player in REMNANT is distributed equally among all players in the party. If someone takes the time to search every nook and cranny of a dungeon and collects a Sniper Rifle, for example, every other member of the team also receives the weapon regardless of where they are on the map. The same holds true for armor, rings, trinkets, and resources. There were long, impassioned discussions on the merits and flaws of shared or instanced loot, but in the end the team at Gunfire Games as a whole decided that this treatment of loot was the best approach for encouraging teamwork and rewarding players for taking calculated risks that might benefit the group.

One of our primary goals is to make so many unique tools (armors, trinkets, weapons, mods, traits) that players are only limited by their willingness to experiment. There’s a huge number of possible combinations for synergies in multiplayer, and trying them all is highly encouraged! They can be anything from the traditional trinity roles (Tank, DPS, Support), to crazy stacking combos (“buff the glass cannon”, “crits for days”), to ludicrous defense (“team triple heals”, “make Greg unkillable”). Each time you get a new tool, we hope it makes players consider what application it has for you or your team, or at least inspires potential future builds and combinations for everyone to work towards. 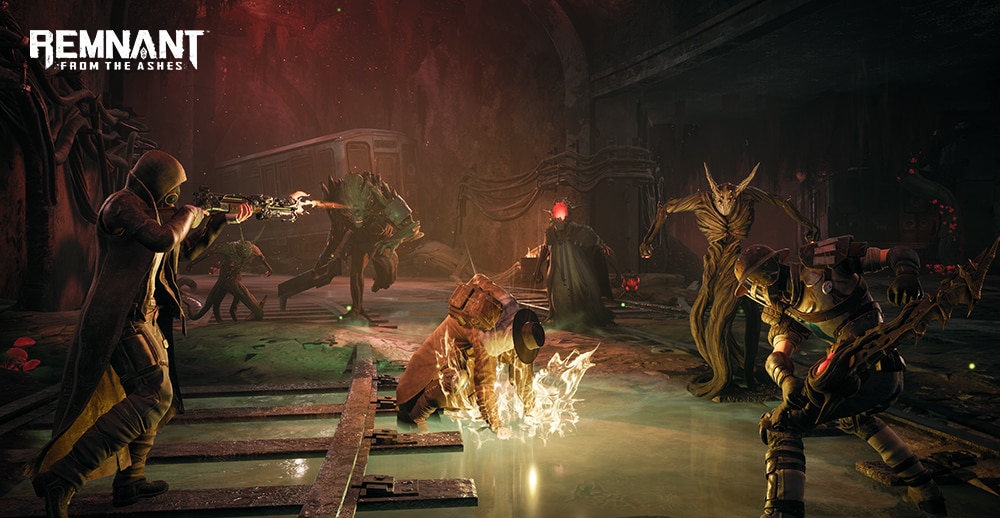