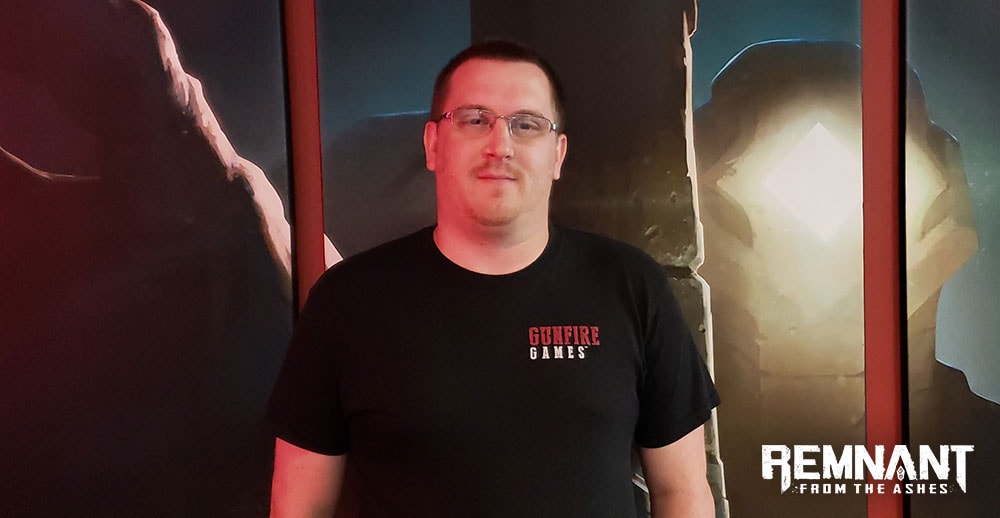 Hi Nicolas, thanks for taking the time to do this little Q&A! Let’s introduce you to the world: Who are you and what do you do at Gunfire Games?

What made me get into games was when I was a kid. My brother and I would play games and I always thought it would be so cool to get into this industry and make something that would get people hooked like my brother and I did as kids and even now as adults.

I found my way to Gunfire Games by starting off at Vigil Games as a contract designer on Darksiders 2. I was there until it closed and then went to go work at Crytek USA and then with everyone here at Gunfire Games.

Do you have any advice for those who want to work in the industry that you can share with the community?

My advice to those wanting to work in the industry is to never give up, continue working on your portfolio and making connections at industry events. If you’re in school, make sure to be respectful to people in your classes because they could end up with a job before you and if you were rude to them, they probably wouldn’t recommend you for a job. If a contract spot is offered or available, apply/take it, but do make sure it is a paid position. For those who might not be familiar with your job: Can you tell us what your tasks and responsibilities are?

I’m responsible for the player character package (movement, abilities and items) and the enemy characters.

Can you share with us what project(s) you’re currently working on?

I’m working on a bunch of different things now. I created a few new abilities for players to use, as well as new melee weapon move sets. I’m also putting the finishing touches on a boss fight that introduces a some new mechanics to the boss that some people got to experience at PAX West and gamescom.

In a nutshell, could you give us some insight on the various development steps for such a project?

For the enemies, we start with a concept and will look at a handful of them before making a choice on what the guy will look like. Once we have approved one, I will go and write up the abilities and movement. Then I will wait for a proxy to come in with some of the animations, so that I can start setting up in game to see if we need to adjust the movement speed or attack frames. Then I will get with Mike Maza, David Adams, animators and some of the other designers on the project and do a playthrough to see how the enemy does in the environment and with other enemies. We decide for example, if we need to make him have a special attack or if he needs to be weaker/stronger. Then it’s multiple adjustments until we see that the character is what we want, which sometimes can happen on the first try, but usually it’s the third…okay…the fourth try until we say all good on this character.

That’s probably not always a silky-smooth ride. Are there any tricky challenges you’re facing?

Coming up with unique abilities or niches for enemy characters/bosses.

Where do you draw your inspiration from?

This depends what I am working on. For the player character, I referenced a lot of different games like Division, Destiny, Resident Evil (4-6), Splinter Cell, Ghost Recon: Wildlands, Last of Us, Tomb Raider, Uncharted and For Honor to get a feel on how the character should move, but also what controls would work best for Remnant. I ended up being inspired a lot by Division for the player and the controls.

For enemies, they are inspired by the same games mentioned above along with Diablo. 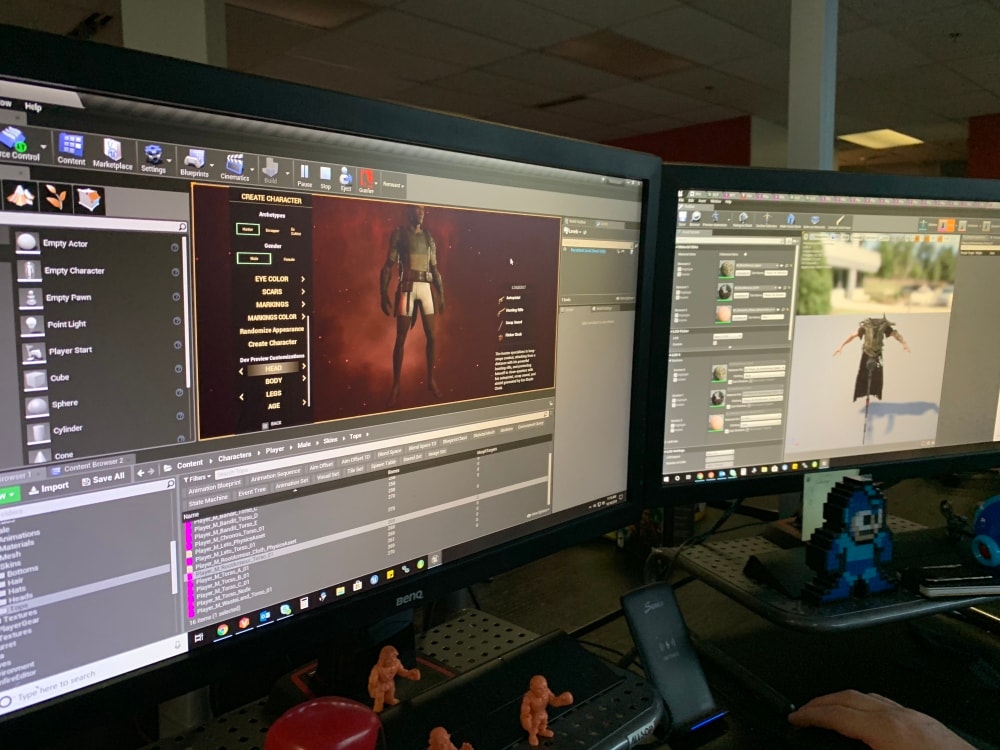 Is there anything you’re particularly proud of working on Remnant: From the Ashes so far?

This is a tough one to decide on. I would have to say the player. I spent a lot of time making sure that the movement and controls felt good. I wanted to make sure, if we showed it to the public at any point, people would say this feels good and if it didn’t, I would go back to figure out another approach to either the controls or if something didn’t break out soon enough.

Are you an avid gamer yourself? What are some of the games you’ve loved growing up or that you’ve played recently?

I am and avid gamer. I’m currently playing PUBG, Destiny 2, Madden, Spiderman, and God of War. I tend to bounce around games when they come out.

What are you doing when you’re not working on Remnant? Any hobbies or activities you want to share with us?

When I’m not working on Remnant or at work, I am involved with the ball hockey league here in Austin, where we play on Wednesday night and Sunday night.

Passing the ball on, who should we definitely have on for an interview in the future?

Anthony Norcott would be the next one to interview. He is one of our newer level designers and has done a lot so far on Remnant.