The Bestiary can be accessed via Function in the main menu.

All powerful monsters are cataloged in the Bestiary. Players can view their strengths and weaknesses, in order to derive the most effective strategies to defeat them.

Note: Only information about Icebound Underworld, Dawnlight Halls, and Uncharted Paradise are available on expansion release.  More will be added in future updates. 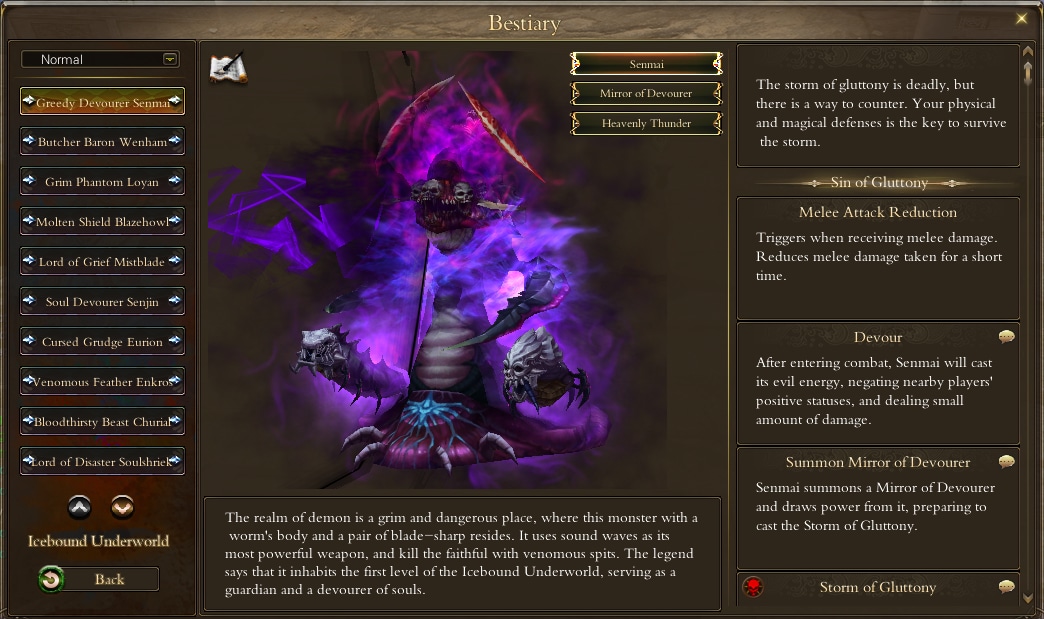 As one gains more Boundary levels, their Spirit will also be increased. Players above Reawakening II LV100, with a Boundary higher than Royal Sky I, can go to Althea in North Neverfall everyday to participate in the defense battle. Quest progress is gained by eliminating all enemy targets, and the quest will be completed when the progress reaches 100%.

Tomes can be refined in a similar way to the Gear Refinement. Players can go to the Elders in all cities to refine their Tomes to gain powerful Spirit attributes. The higher the Tome's grade is, the more Spirit bonus you will gain. At various Tome refinement levels, you will also unlock extra Attack attributes. It requires two Mirage Charts to conduct the refinement once. There will also be a selection of assisting items, such as Heaven Guard Chart, Earth Guard Chart, Celestial Secret Chapter, and Dimension Secret Chapter. All these items can be purchased from the Boutique. 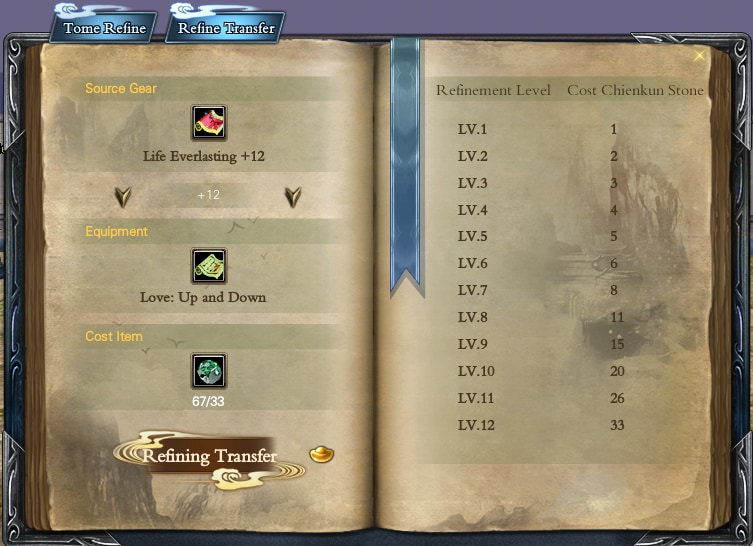 Players can upgrade their Tomes (requires Craftsman LV1) at Nature Forge: Tome Upgrade and Nature Forge: Tome Advanced, or at Tome Furnace in North Archosaur. Some LV1-LV5 Tomes can be decomposed into different numbers of Book of Old Principles, which can be used to upgrade Tomes. For LV6-LV9 Tomes, they are still upgraded using the existing methods. When upgrading Tomes, Chienkun Stones can be used to keep the Refinement level. 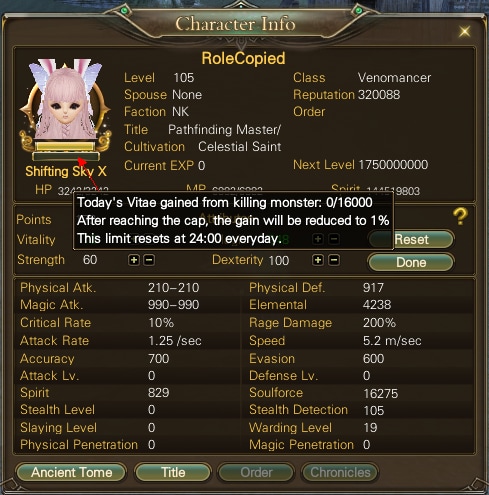 The monster has five types, each corresponding to a Boundary from Arcane Sky, Mirage Sky, Astral Sky, Shifting Sky, and Twilight Sky. Killing the phantom of your corresponding Boundary yields more Vitae. Players with Royal Sky boundary can also gain Vitae by killing these monsters.

See below for known spawn locations of Sacred Realm Phantoms. 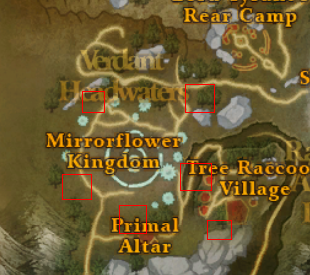 The Mysterious Merchant is here to peddle his wares.  Parties will have a chance to encounter him upon completing Deicide or Judgement mode of Dawnlight Halls.

He offers a variety of premium items in exchange for Gold or Coins.  His inventory can vary each time he shows up. Look out for new seasonal events in this upcoming year.  Participate for exclusive rewards, fashion, pets, titles, and more. 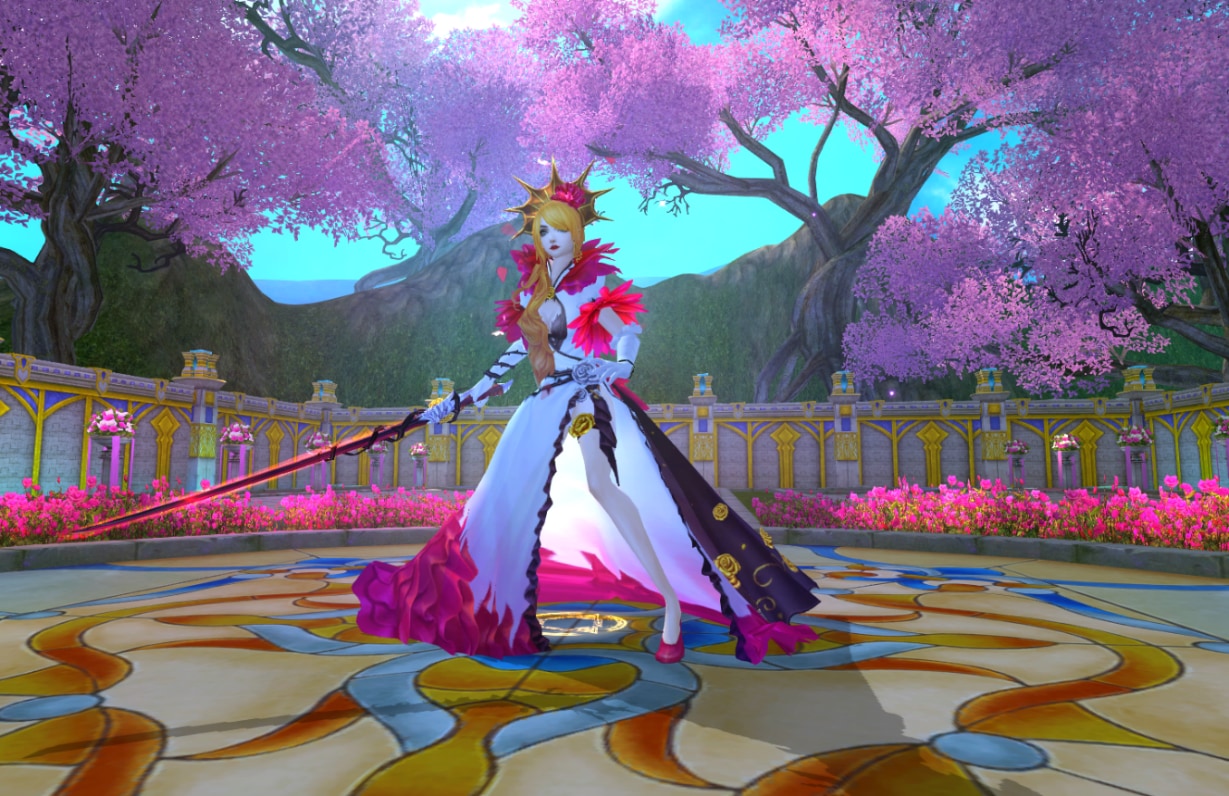 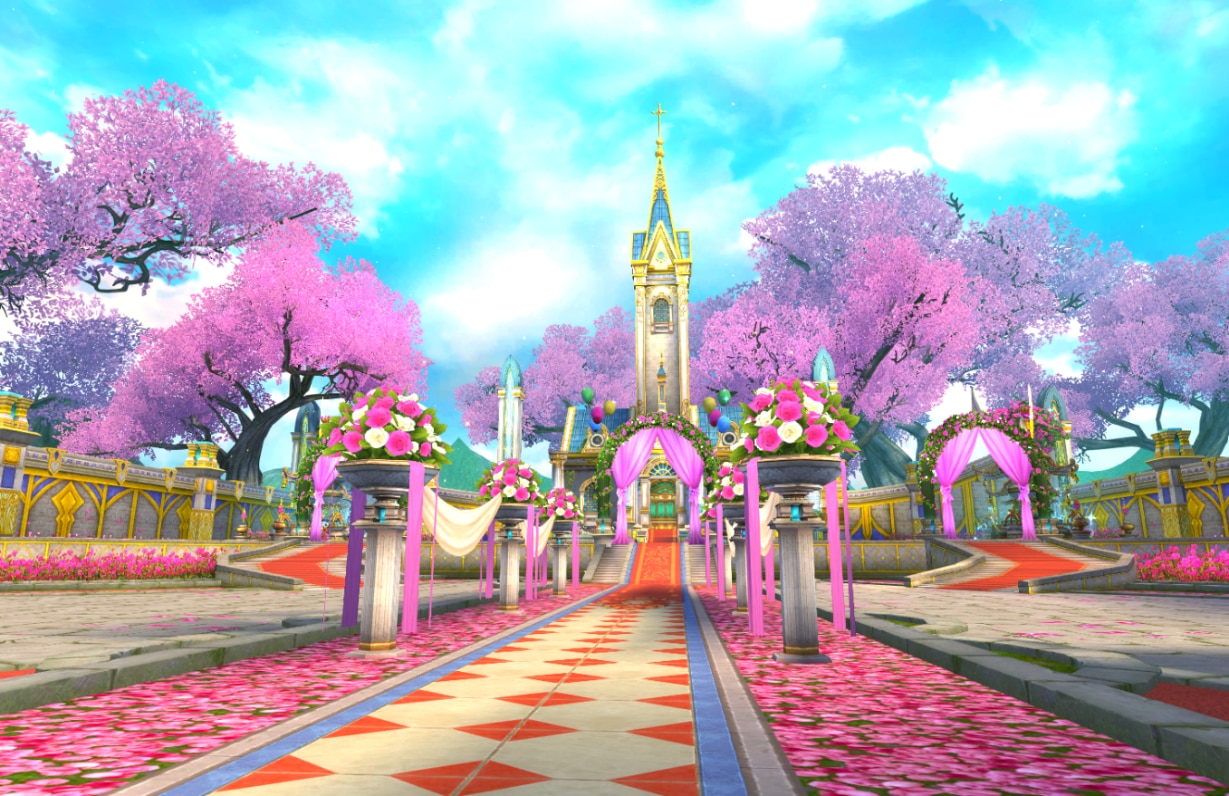 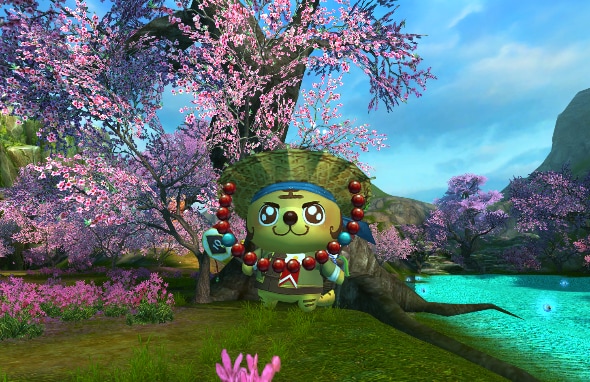 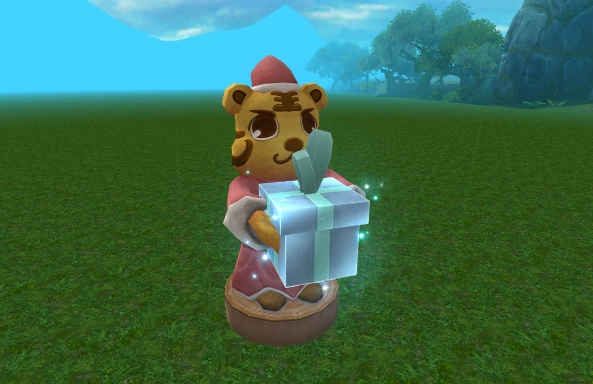 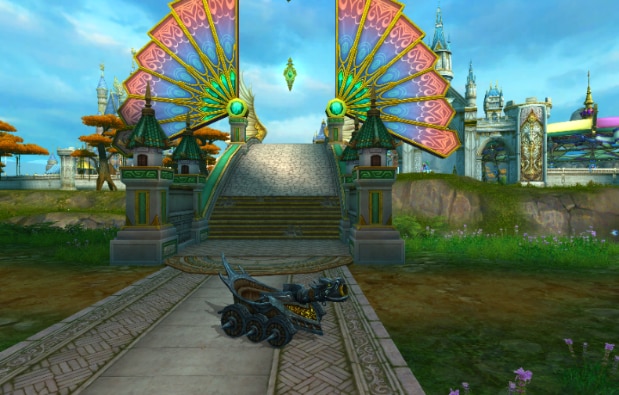 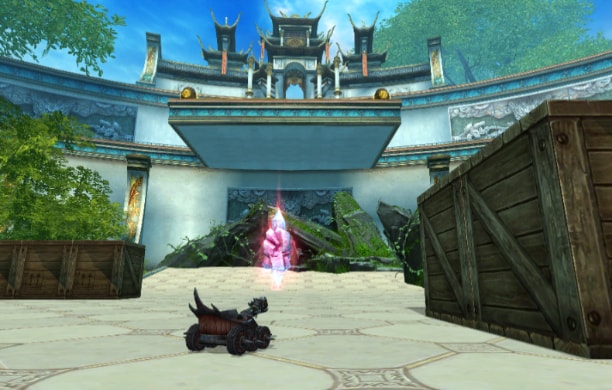 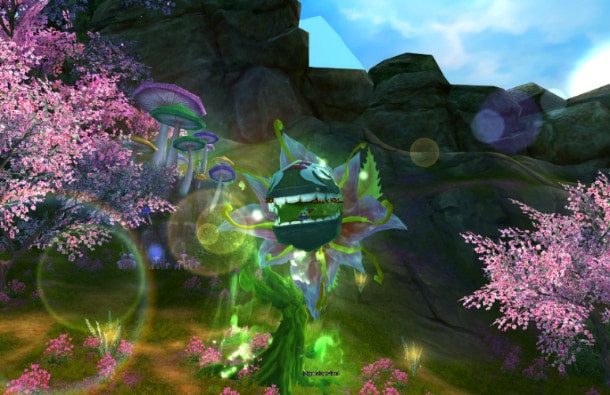 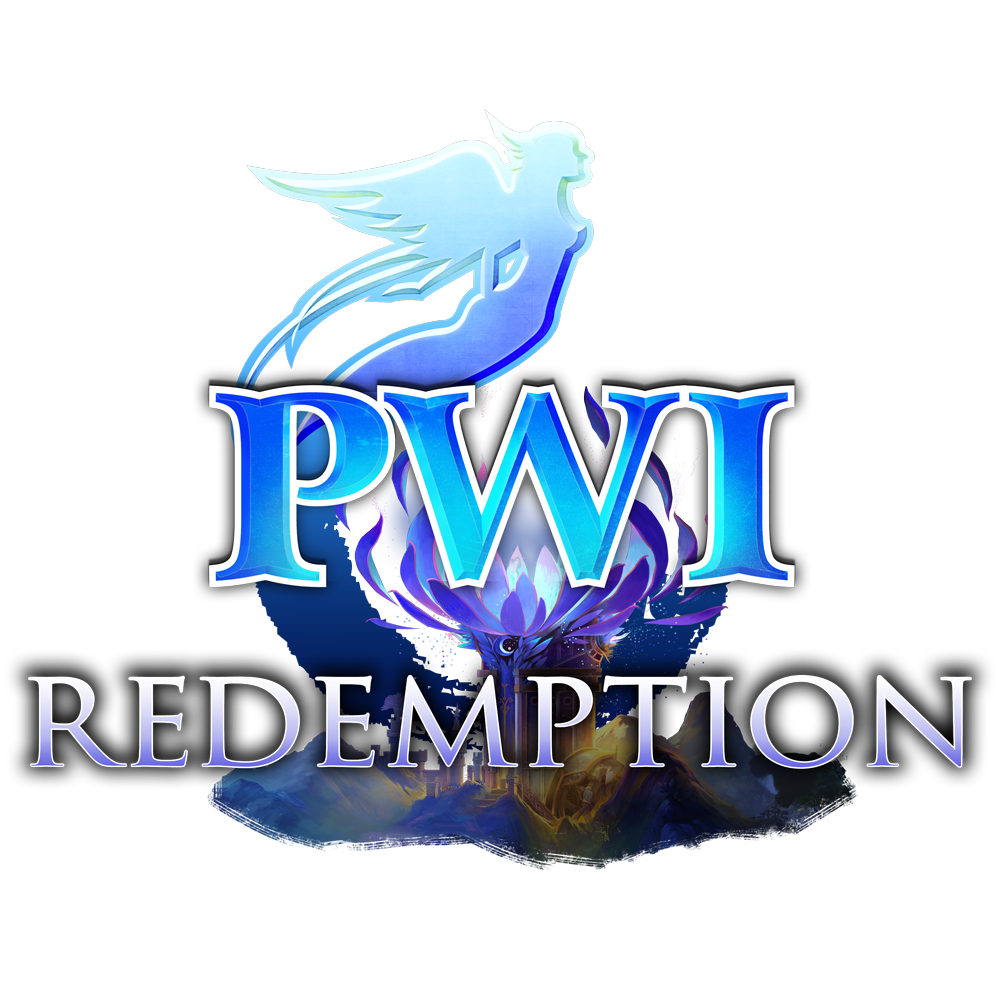