For our first Feature Spotlight, we’ll be delving into the new War Avatar Crafting System!

Players who have duplicate War Avatar S Cards can decompose them into War Avatar Artifacts, and then use the Artifacts to create Imperial Spirit. This includes Neuma Portal Cards! 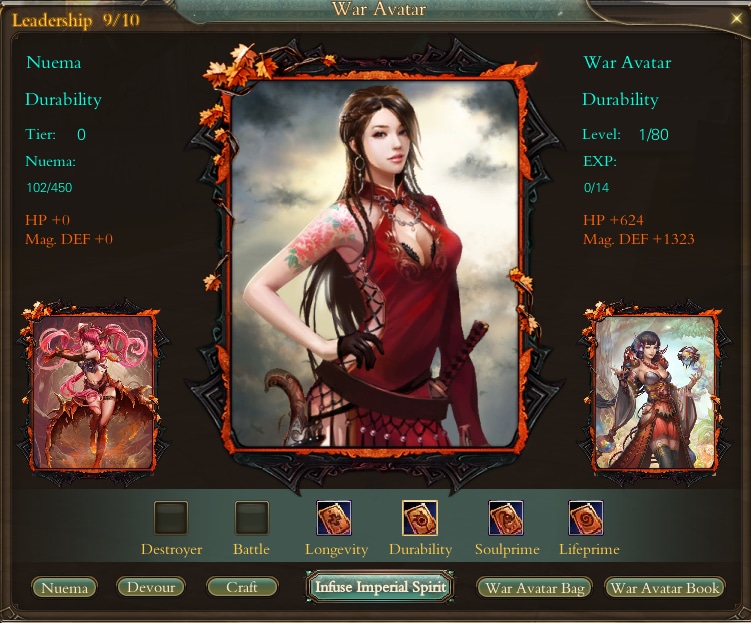 Note : Each Card has a Leadership range of 2~3 on Crafted cards. The following War Avatar Grades can't be obtained through this system -

So, what do you need to craft S Grade War Avatar Cards?

The Decompose function can now be found under the War Avatar Bag UI!

S-grade War Avatar obtained through Avatar Crafting can be decomposed into War Avatar Artifacts as well!

The amount of War Avatar Artifacts you get for decomposing is displayed underneath the set bonus section on each card.

Crafted War Avatar Cards will yield the same War Avatar Artifacts that were used in crafting.

Ex. If you decompose a Crafted “Kestra” War Avatar Card, you will receive 100 War Avatar Artifacts.

Don't Have S Cards to decompose into War Avatar Artifacts?

Certain A-grade War Avatars that are Reawakening II and reached LV40 can be used to exchange for 1 War Avatar Artifact at War Avatar Reset Kwei in Kirin Town.

Each War Avatar can be exchanged only once, so please keep that in mind before decomposing the following cards into War Avatar Artifacts:

Ex. If you have an Althea Reawakened 1 Lv 80, you can reset this card and you will receive (2) Lv 1 Althea Cards, non reawakened.

Infuse The Imperial Spirit And Empower Your Neuma Portal Set!

How to Obtain? 1 War Avatar Artifact, 20 Soulcast Flux and 20 Soulforge Temper to fuse into an Emperor's Soul at War Avatar Master (Kirin Town) 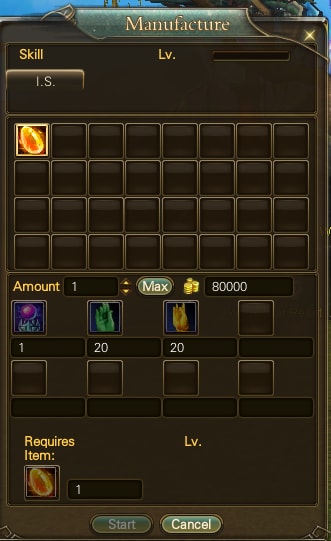 Effect of infusing Imperial Spirit: Attributes enhanced by 5% for 30 days. 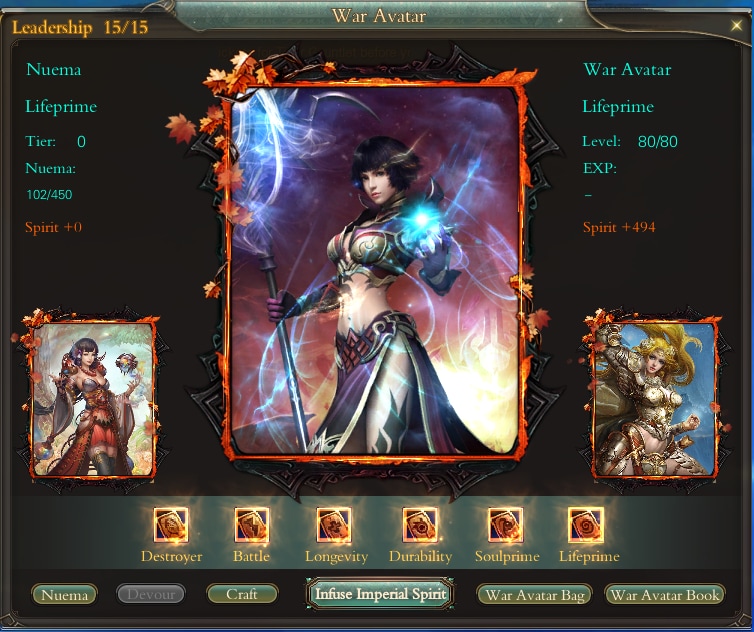 Imperial Spirit effect can be stacked up to 10 times.

Stacking effect: Attributes continue to be buffed by a flat 5%, but the duration increases, up to 300 days. Cannot stack past the 300 day duration and this duration stacks in 30 days increments.

We hope you enjoyed this in-depth look at one of the new features in the upcoming expansion!

Want to discuss this feature? Head on over to our official forums!