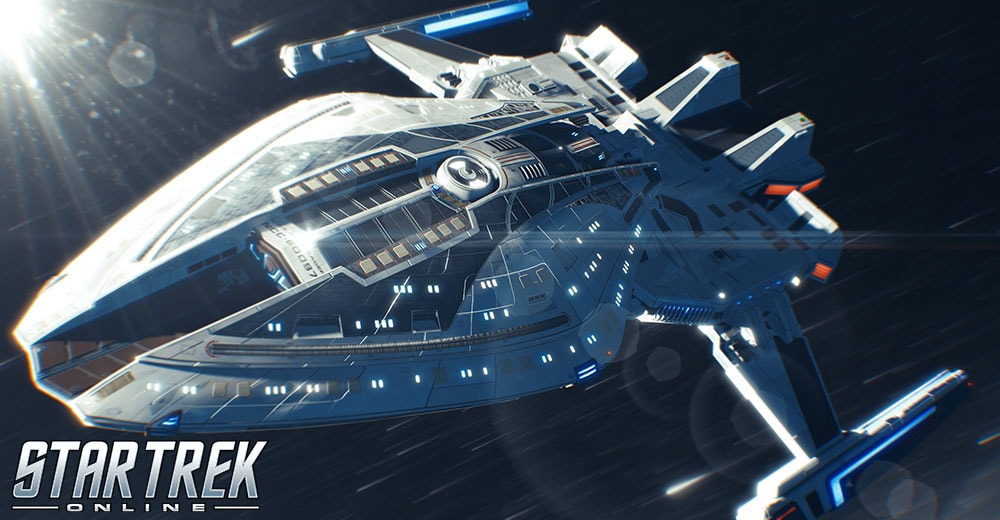 The Pathyeager was the brainchild of Starfleet’s first Pakled ship designer, Nahamcam [Nuh-ham-kam], inspired by the old Dominion War-era USS Yeager and the Clumpships of the 2380s.

Splicing together the hull of an upscaled Ju’Day-class raider and a Pathfinder-class saucer, the intent was to create “…a strong starship capable of big booms and flying fast!”

The Pathyeager is neither able to sustain fire in heavy combat nor is it particularly maneuverable, and as such was never intended for full production and was supposed to be more of a “test run” for Nahamcam before assigning her to a team. Suffice it to say, Nahamcam was promptly transferred to work on the Khitomer Alliance  – she is technically-capable (and then some) but she does default to Pakled tendencies when left to her own devices. A job where she can smash starship designs together forever should be right up her alley.

According to Utopia Planetia Shipyard records, the Pathyeager was submitted with several other designs for review, but a series of major bureaucratic errors led to it being approved and submitted for construction as a prototype, instead of being filed away with other less well-regarded blueprints, such as the Qwop-class constabulary scout ship, the Werdel-class strategic cruiser, and the ThunderCougarFalconBird.

During its construction, several high-ranking Starfleet officers, including the head of the Corps of Engineers and several members of the admiralty, filed requests and complaints to UPSY about the resources being used to construct the Pathyeager – named as such by Nahamcam because it was “…like the Yeager but with a Pathfinder!” per official UPSY documents filed with the blueprint.

By the time the errors were realized, the Pathyeager was largely complete and being kitted out. Deciding to cut their losses, Starfleet Command gave the Pathyeager an immediate full commission, instead of undergoing NX trials typical of new ships, and relegated it to hauling commodities and other less-than-hazardous bulk cargo around the Federation. This ship comes equipped with an Ensign Universal bridge officer station.

This ship will be available on all platforms on February 29th, 2023.

But that’s not all. As a special announcement today, we wanted to give you a whiff of some…fragrant things to come… 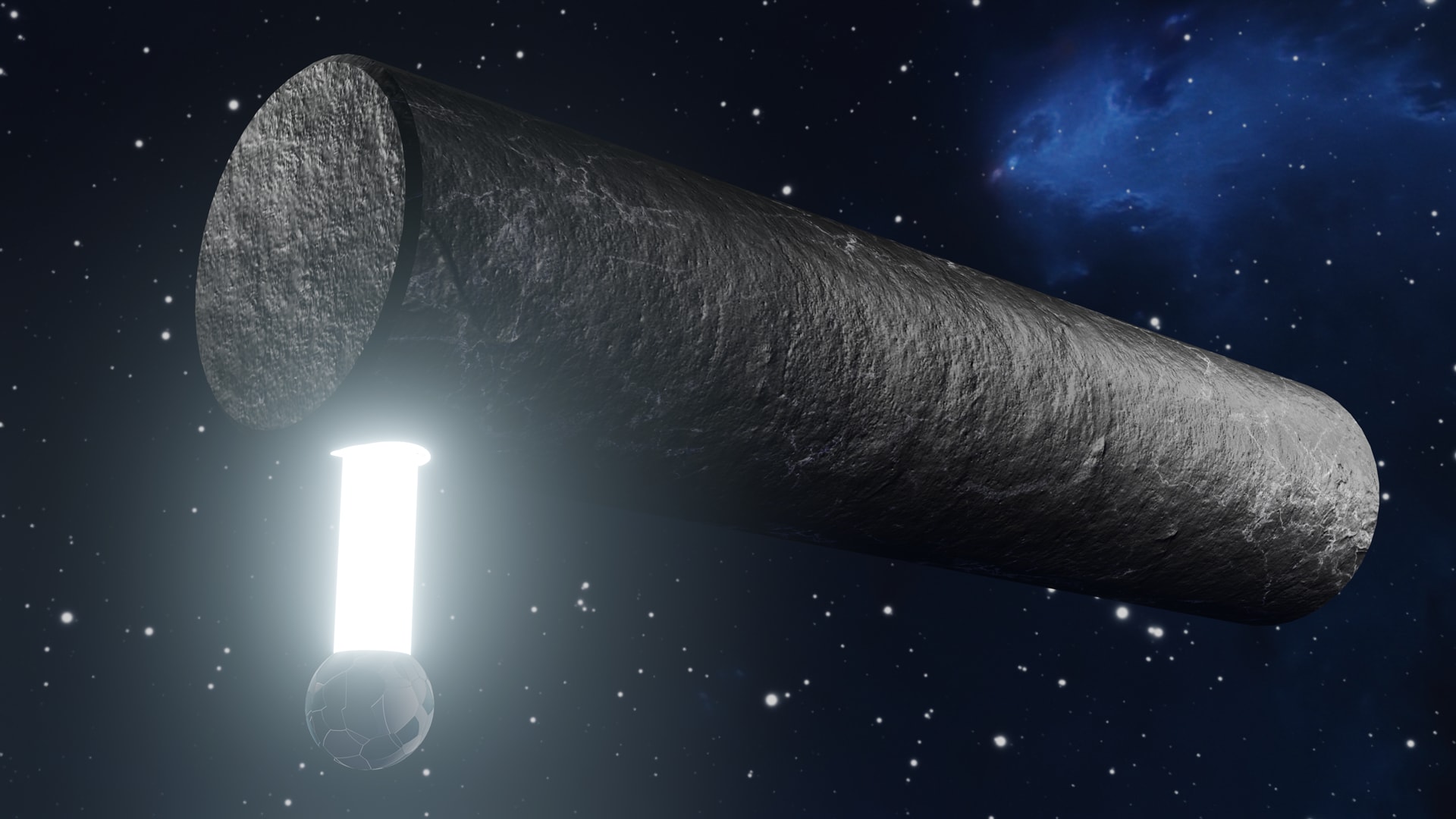 All art by @_pundus_, except that MSPaint lookin' console image. All copy by @thetrekspert, except of course where Ambassador Kael thought he could be funnier. YMMV