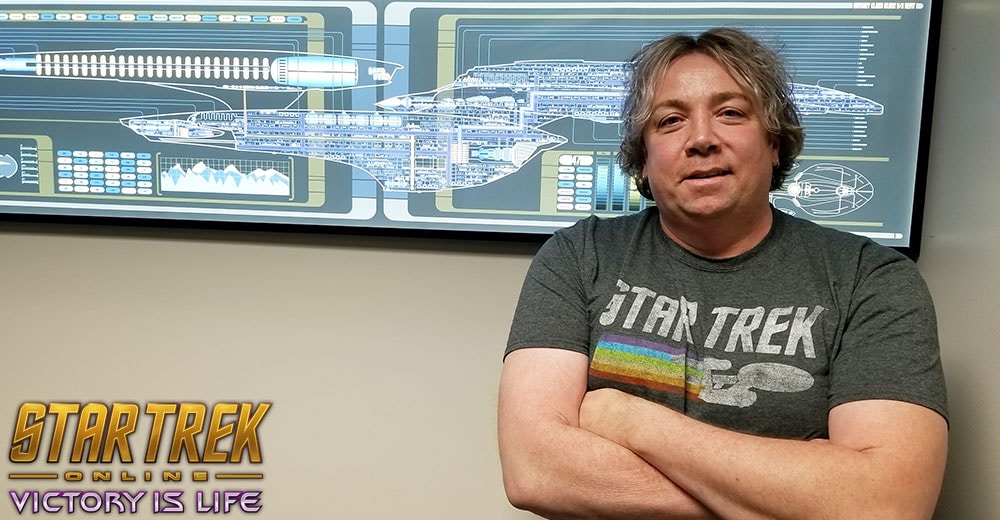 I'd like to take this moment and introduce myself to the esteemed STO Community. My name is Andre Emerson. I've been producing, designing and directing games for the past 25 years. When I got the call from Ricossa at Cryptic, looking for a new executive producer for STO, I channeled my best inner-Kirk, jumped on a plane, met him and the crew. The rest, as they say, is history.

I've been working side by side with Ricossa and the crew for about six months now. I beamed aboard during the development of the Victory is Life expansion. The STO crew assembled an amazing DS9 vision for this most recent release and for me, it was the perfect timing to get a feel for the team and to begin charting forward.

We now have an unparalleled opportunity upon us. This is the first time in Star Trek Online's eight-year run where we've had an opportunity to develop in lockstep with a live Star Trek Television show. Beyond the stories we plan to bring to the game, we're listening to you, our players, to create great gameplay experiences. Today, we're hard at work on new and expanded gameplay features as well as incredibly detailed, high fidelity visuals to kick off … well, you’ll hear more about that later today.

As a kid, the voyages of Kirk, Spock and Bones aboard the USS Enterprise captured my imagination. As a young man, the progressive, sophisticated plots and themes took my admiration to an entirely new level. Now, I have the opportunity to work alongside some of the best developers in the world to give players a deeply interactive Trek experience. It's an honor and a privilege and rest assured, we intend to Boldly Go!