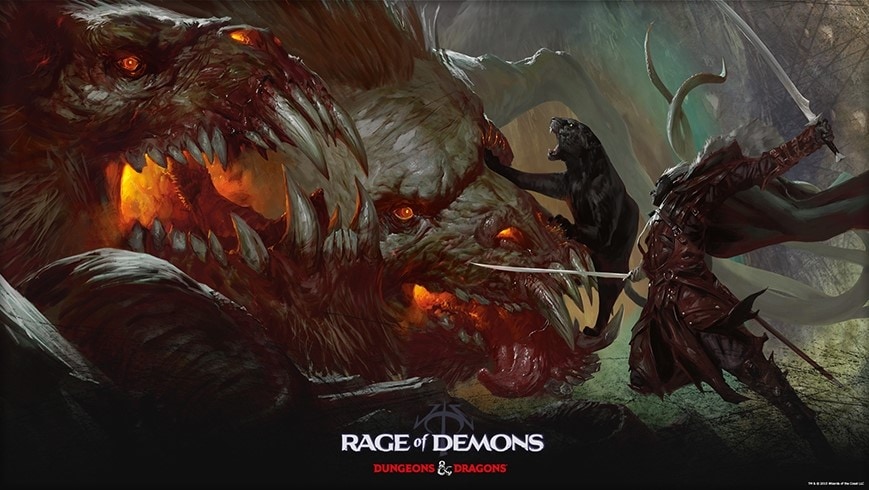 Hi everyone, Sean “Commander Ander” McCann here to talk about what you can do to get ready for Neverwinter: Underdark. Our expansion is tied in to the larger storyline being developed by Wizards of the Coast titled “Rage of Demons”, and there’s plenty to read and play to get ready for it!

Players will be able to access the featured quest series written by R.A. Salvatore at level 60, so make sure to have at least one character at that level by the release of Underdark on November 17. At level 70, players will go toe to toe with all kinds of demons in the campaign zones and in the skirmishes, Throne of the Dwarven Gods and Prophecy of Madness. These skirmishes will help teach players the mechanics that they’ll encounter in Demogorgon. Avid Pen and Paper players can pick up Out of the Abyss, Wizards of the Sword Coast’s latest adventure, which sends players into the Underdark to deal with the demon menace. Out of the Abyss also contains more backstory regarding the events that led up to Neverwinter: Underdark.

The launch of Underdark is fast approaching, so make sure you’re prepared to delve into the Underdark!