The demon lord Orcus took up residence in the mind flayer enclave of Cyrog after the elder brain of that settlement fell ill and died. Orcus reanimated the brain and now uses it to convey his message of death and decay to Cyrog’s inhabitants. Many of the mind flayers have become powerful illithiliches—illithid liches. The dwarves of Gauntlgrym are an obstacle to the spread of Orcus’s domain.  Deep in the heart of Gauntlgrym is the Throne of the Dwarven Gods: an ornate throne said to allow direct contact to Moradin and the other dwarven deities. Orcus wants the Throne destroyed before he commits to a full-scale attack, so he has dispatched strike teams commanded by illithiliches to corrupt the Throne and subvert the inhabitants of Gauntlgrym. Throne of the Dwarven Gods is a new five-player skirmish that allows your hero to participate in defending Gauntlgrym’s throne room. 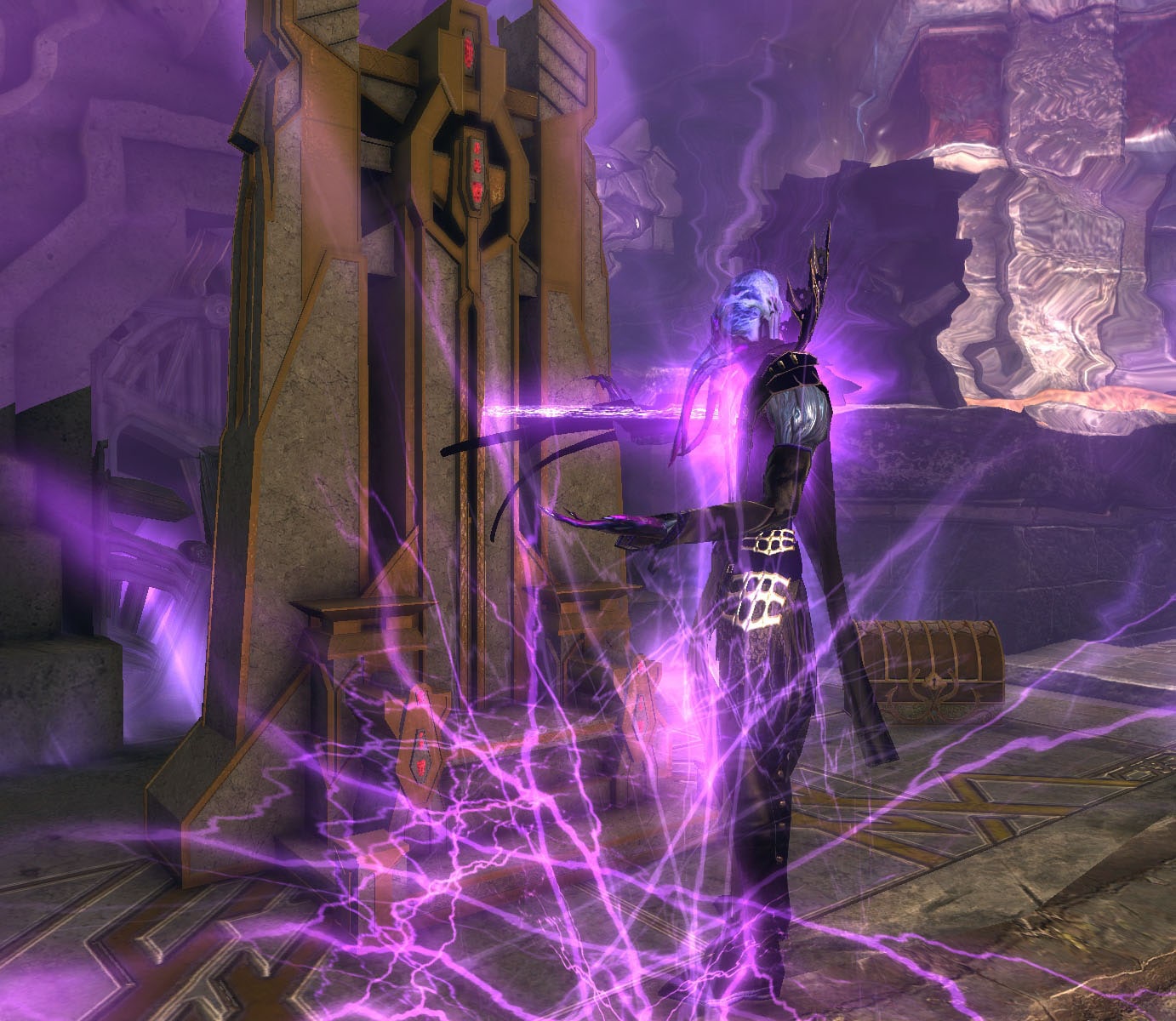 One of the goals of the Underdark expansion is to keep repeatable content like skirmishes fresh by adding variation to each play through. There are two different scenarios that can play out each time you load into the map. Within each scenario, the types and spawn locations of enemies are randomized each time. The first scenario is Corruption of the Throne. An illithid force has driven the dwarven defenders from the throne room. The illithilich leading the attack has encased itself inside an impenetrable psionic shield and is using its psionic abilities to corrupt the Throne and sever the Throne’s link to the gods. The players must protect a pair of clerics of Moradin as they cleanse the Throne with their prayers.

While the clerics are praying, a new threat appears: undead thoon hulks. The thoon hulks use their massive bodies to bash their way through the remaining gates and attack. The hulks are an opportunity for the defenders, however.  They can be tricked into using their powerful charge attacks against the illithilich’s shield.  Once enough hulks have slammed into the shield, it collapses. The players then have a limited amount of time to take down the illithilich and a fresh wave of reinforcements. 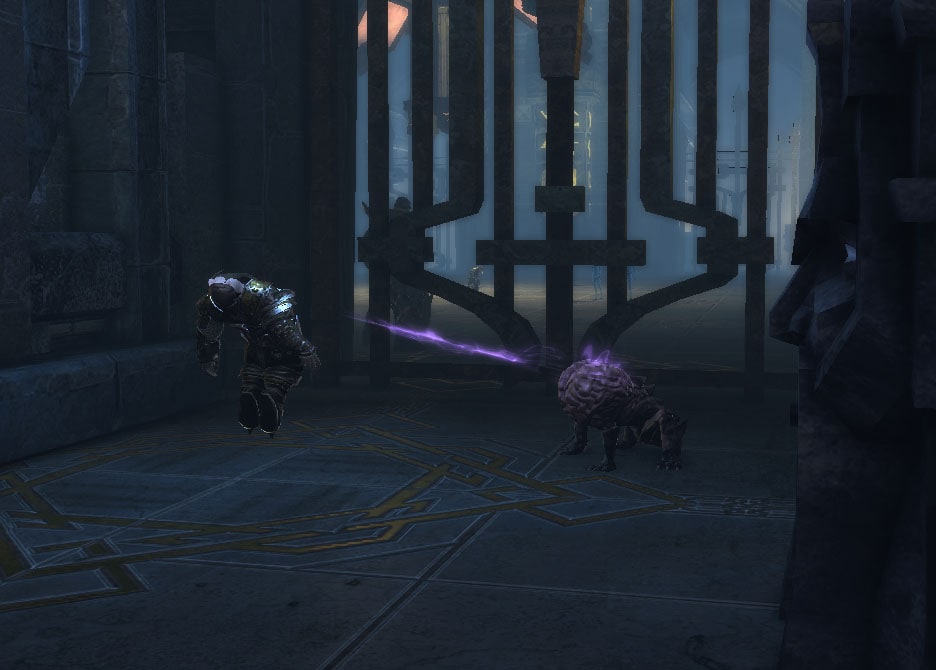 The second scenario is Mind Flayer Infiltration. The illithid strike force takes control of the throne room and imprisons captured dwarves in the side tunnels. Intellect devourers in each of the tunnels begin consuming the prisoners’ brains, taking control of their bodies, and creating a small army of infiltrators Orcus can use to sabotage Gauntlgrym from within.

The players are in a race against time to free the prisoners. The longer it takes, the more prisoners lose their minds to the intellect devourers. Once again, the players must trick the undead thoon hulks into inadvertently ramming the tunnel gates. It only takes a few impacts of their massive bodies to take down a gate. 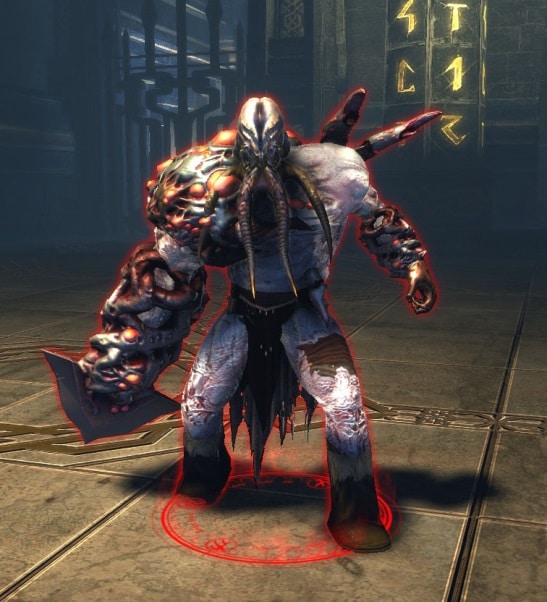 After the prisoners are freed, the heroes must survive an onslaught of illlithid reinforcements and then defeat the illithilich commander.

A feature new to the Underdark skirmishes is team scoring. At the end of each phase of a skirmish the team receives a Bronze, Silver, or Gold ranking based on the team’s performance. These scores are combined for a final ranking at the conclusion of the skirmish; the higher the ranking, the better the rewards.

There are quite a few rewards available in the new skirmishes.  You can gain Faerzress, the primary Underdark campaign currency, as well as Astral Diamonds and Seals of the Elements. You can also gain Demonic Ichor. Demonic Ichor is used for a number of campaign tasks, but can also be spent in the Underdark store to buy high end gear. Lastly, victorious heroes also have a chance to get new rings, ranging in item level from 135 to 145, as well boon unlocks connected to the Underdark campaign.