As part of our Underdark expansion we have added two new five-man skirmishes and a larger group boss fight against the demon lord, Demogorgon. Each of these battles will be covered by a separate blog. The focus of this first article is the Prophecy of Madness skirmish.

The Prophecy of Madness

In the halls of Gauntlgrym, the demon Fraz Urb’luu seeks his lost Staff of Power, hoping to increase his standing among the other demons. Fraz Urb’luu has learned of an ancient stone giant prophecy that he suspects will lead to the location of the missing staff.

Heldar Forgeborn, a dwarf Harper, has learned of Fraz Urb’luu’s intent and placed runic wards to prevent the demons from reading the prophecy. The players must protect the stone, buying the Harpers time to decipher the prophecy stone and learn the staff’s location. 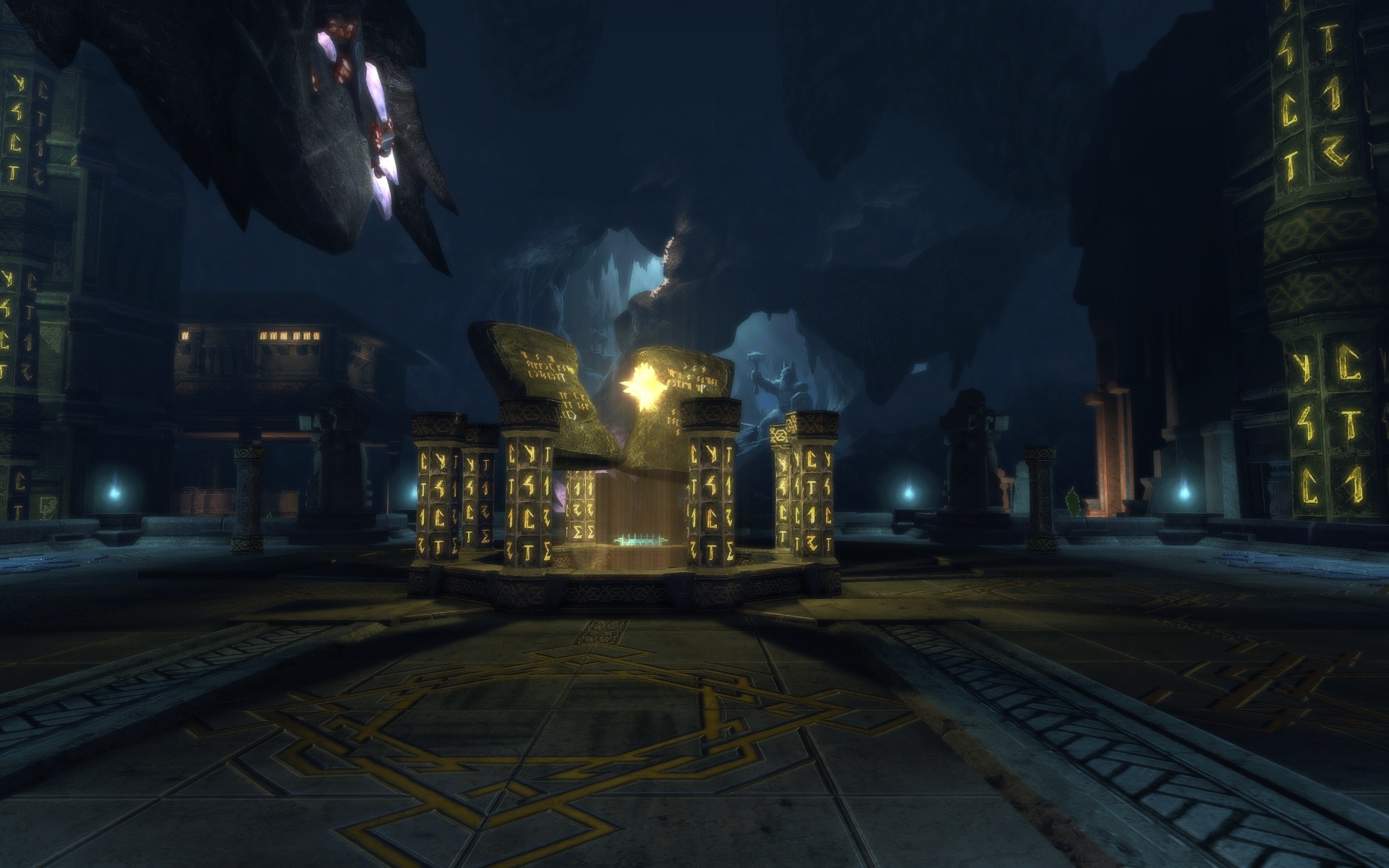 Each skirmish features two variants, to add uncertainty and variety to the fight. The variants have different scoring and victory conditions and each teaches specific mechanics useful in the larger battle against Demogorgon.

In the first variant, the demons are launching an all-out assault against the platform on which the prophecy is located in an effort to overwhelm the wards and seize the great stone tablets themselves. Abyssal tears, through which demons can pass, are opening all over, and players must close these rips in the fabric of reality and destroy the demons that emerge. As the skirmish continues, larger tears (which spawn larger demons) appear.

At the end of the skirmish, a huge demon appears: the fearsome Balor. There are Balor variants, so you’ll need to pay attention and see what you’re up against. Only by defeating the Balor can the skirmish end and the threat averted… for the time being. The team earns points for the number of tears closed throughout the fight and for defeating Balor. There is a bonus for defeating the Balor quickly, and rewards increase based on the team’s total score.

This variant teaches players how to deal with the Abyssal Tears that are found in the Demogorgon fight.

The second variant is a little more involved, as the demons in this variant cause players to suffer from a stacking madness debuff that can drastically hamper their ability to fight back. Their only hope against madness is the wards surrounding the prophecy: standing close to an active ward removes all stacks of madness.

As an added complication however, the dwarven wards protecting the prophecy have begun to fail. As the skirmish goes on, the wards’ strength diminishes. The lower the strength of the ward the less time it remains active. As random wards flicker on and off, players must race between them to clear their accumulated madness. Gathering faerzress essence from fallen demons allows players to strengthen wards again, giving them a fighting chance against the demonic madness.

Once again, the skirmish can only end by defeating the Balor that emerges in the final phase of the fight.

The team earns points throughout the skirmish for the strength of the wards, and for defeating the Balor. Again, quickly dispatching the Balor earns a bonus to the final score.

This variant teaches players the danger of madness and how to clear it.

Look for more information soon about the other skirmish, Throne of the Dwarven Gods, and the climactic battle against Demogorgon.