Greetings adventurers! My name is Mike Apolis, lead artist of Neverwinter, and today I’ll be walking you all through the creative process we used for constructing the environment for the upcoming battle with Demogorgon.

Demogorgon is a huge, powerful demon who is said to drive mortals insane through his mere presence. With dual tentacles on each arm, he can swing from stalactites and maneuver the dangerous caverns of the Underdark with ease. So potent is his power that he is able to project madness into his surroundings, bending and twisting the environment in unnatural ways. 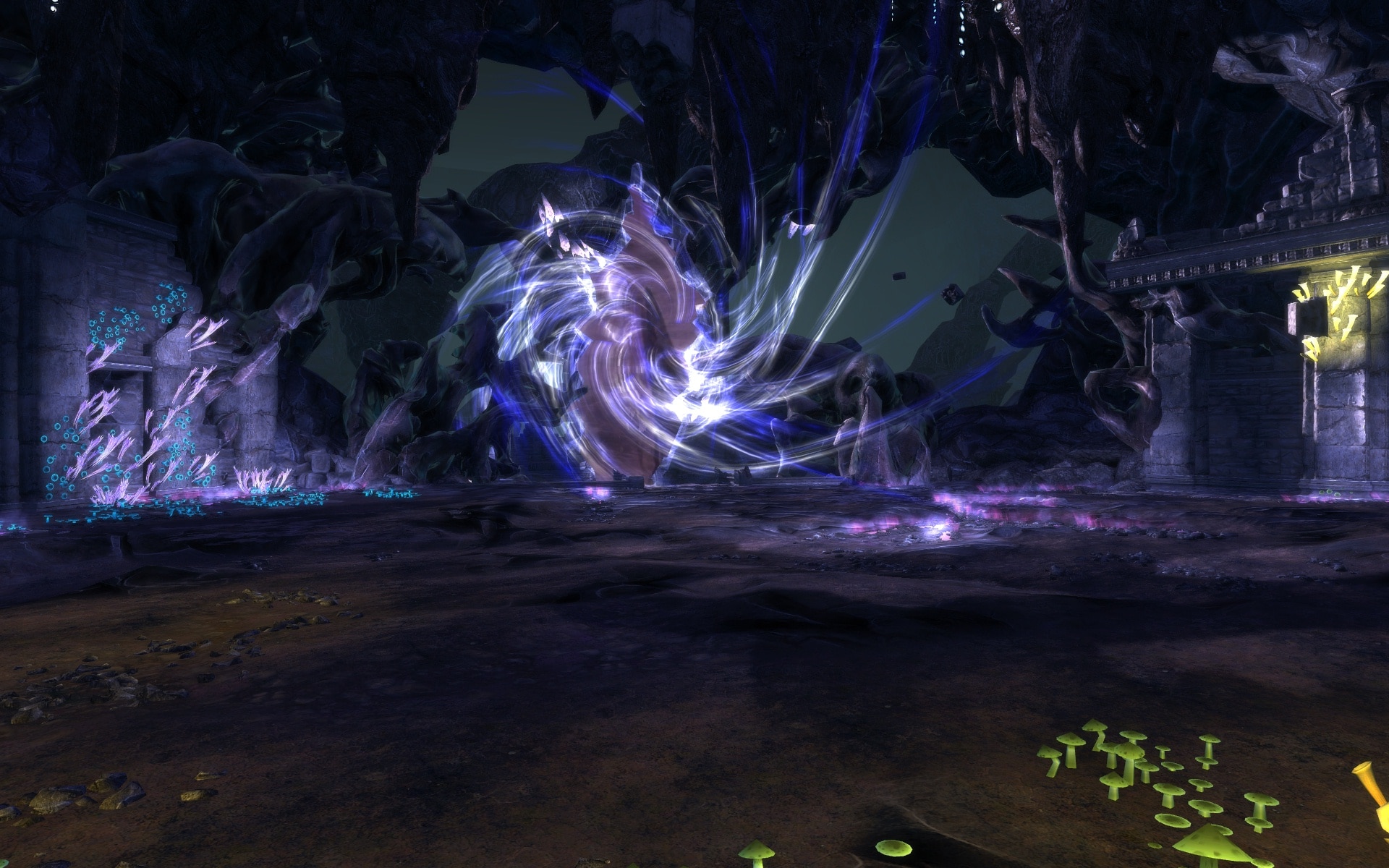 With such a frightening adversary, we wanted players to feel like they were facing an immense and powerful monster by showing evidence of his corrupting influence in the rocks and ruins of the area. To do this, we placed a large abyssal tear at one end of the arena, which is also where Demogorgon first appears.  We then filled out the area with boulders, ruins, fungus, and other Underdark details, and placed them in a way that made it look as if the environment changes the closer it is to the abyss and Demogorgon’s influence. We twisted and melted the rocks around the tear, making them look corrupt and unnatural.

We further drove this idea by adding numerous effects surrounding the tear such as dust and debris that violently gets pulled into the abyss, and glowing cracks in the ground to add to the twisted, crumbling appearance of the environment. Even the dirt on the ground begins to resemble melted black ooze as the presence of the Demogorgon grows stronger. As you fight Demogorgon, the environment reacts and the rocks around the abyssal tear become more warped and corrupted. 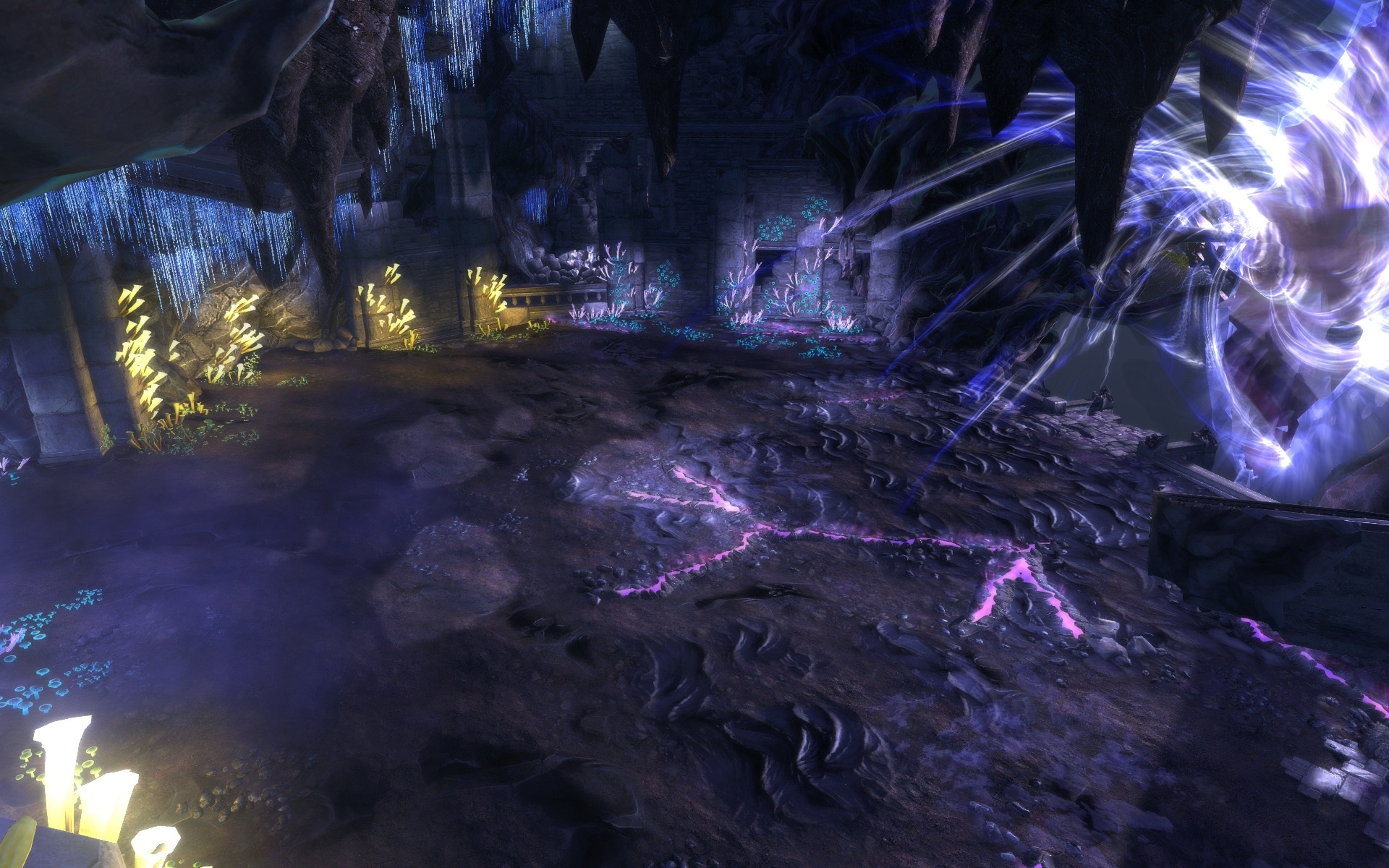 If you actually get a chance to stop and look around, you’ll notice that this area of the Underdark looks like it was once populated by large structures, possibly created by some long lost Underdark civilization. Throughout the fight, more evidence of the ambient magic of this area is revealed, as ancient glowing runes and writing appear on the old stone ruins that try to aid you in battle. Could it be that Demogorgon was drawn to this place of power? That the ambient energies in this ancient precipice somehow feed Demogorgon’s corrupting influence? Or have you already been driven mad?

I’m looking forward to seeing how adventurers will triumph over the evils from the abyss, and I hope you all enjoy the immersive caverns and Underdark locations we’ve brought to life. See you in the depths!