The bugles are sounding, the troops are formed up, and the battle lines have been drawn. The flames of war are about to consume the forest of Lurkwood.

Stronghold Siege is now live! Stronghold Siege is a new PvP mode for Neverwinter. It lets guilds fight it out in large 20 vs. 20 battles in the very strongholds in which the guilds have invested time and treasure.  The buildings and improvements each guild has made are visible on the battlefield and impact the flow of the battle. Defensive towers slow the enemy’s advance and assist outnumbered defenders.  Production buildings provide the supplies needed to take the fight to the enemy and batter down their gates.

Each team starts in the courtyard of its stronghold. From there, it’s up to the players how to proceed. Three lanes lead to the enemy stronghold. The primary means of damaging the enemy stronghold is to capture control of a lane and build catapults to bombard the guild hall. Which lanes do you push? Which do you defend? 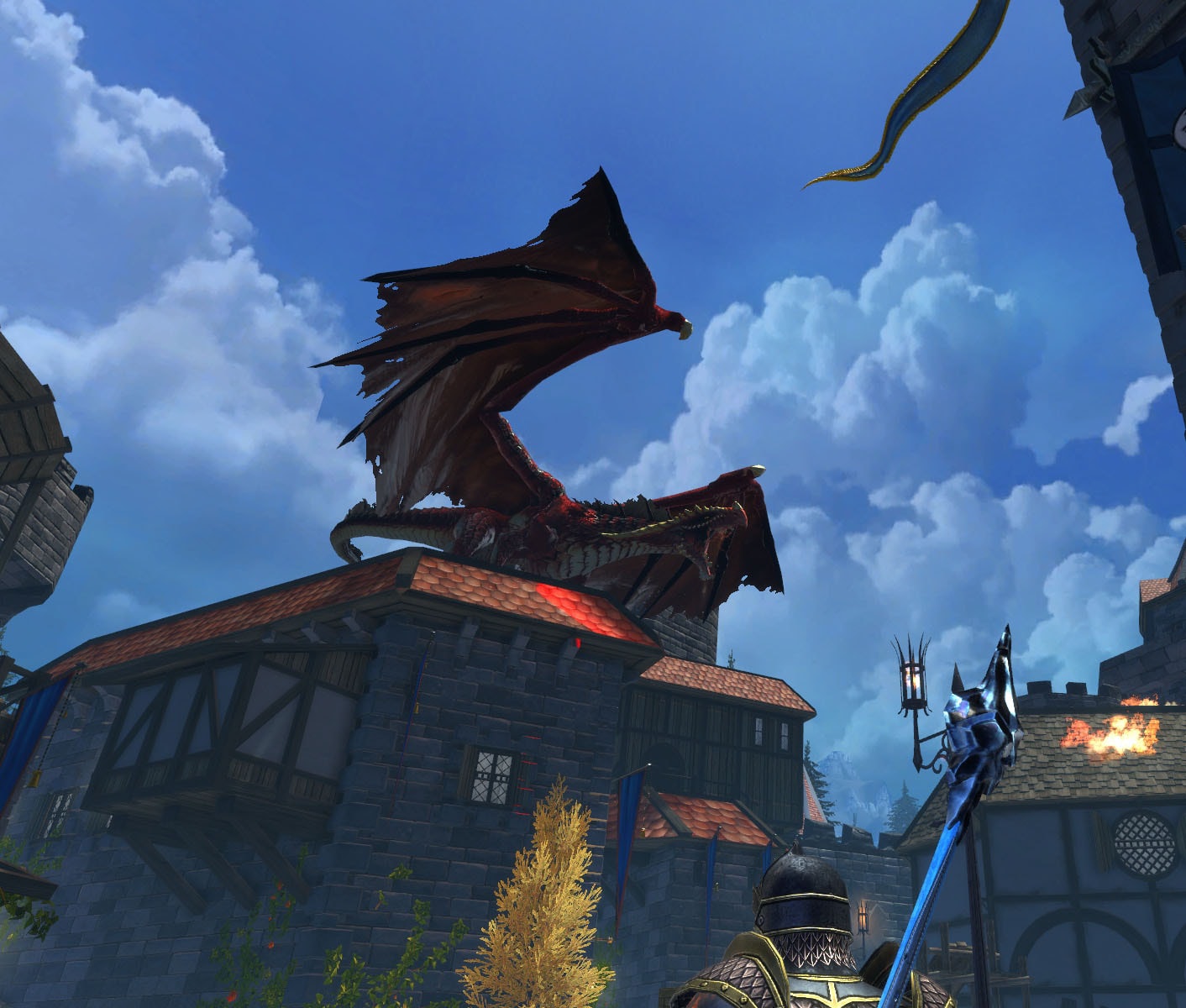 During the mid-game, the dragon Cerasinax appears. Do you sacrifice offense to hunt golems, collect gold, and earn the dragon’s respect? Or do you push hard to get an additional catapult firing and burn down the enemy hall before the dragon has a chance to affect the battle? Teams that agree on a strategy, and execute it, should fare better than teams that simply adopt the “get ‘em” plan. 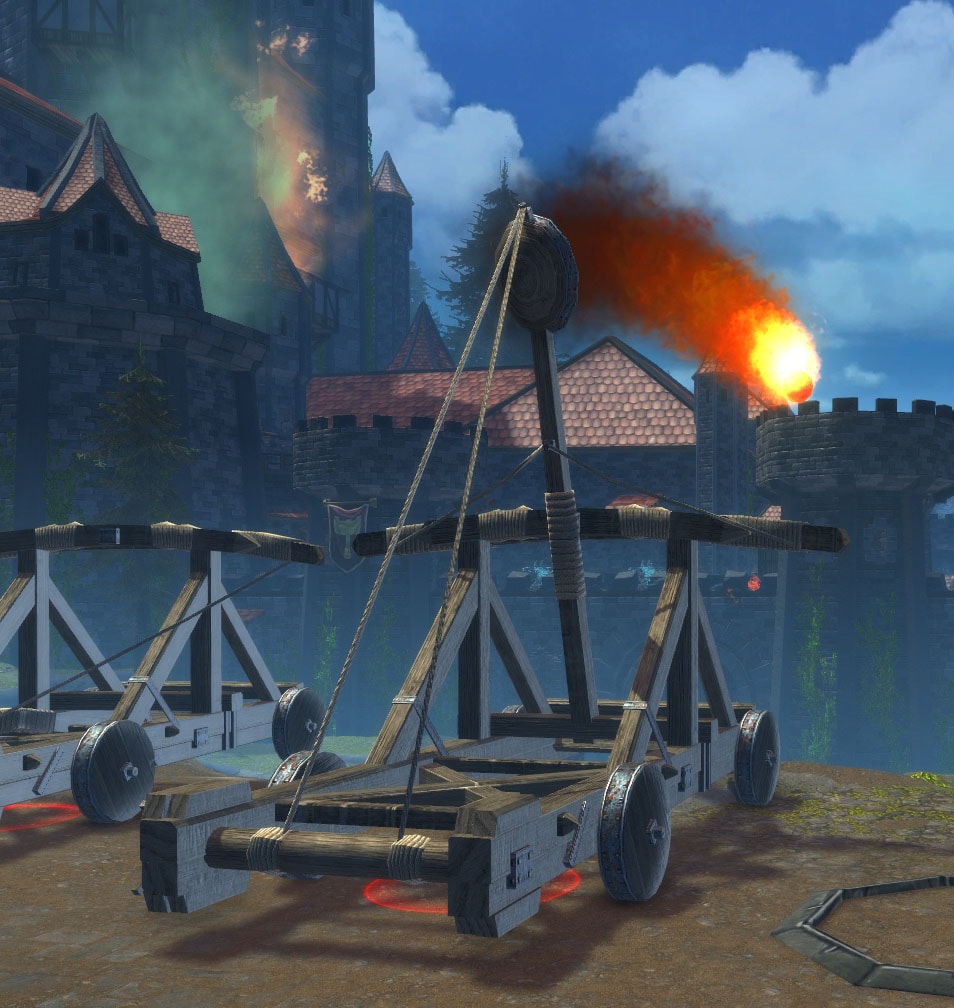 Even if you don’t PvP regularly, you should give Stronghold Siege a try. You don’t need to be a whirling machine of death on the front line to make a significant contribution to the battle. There are supplies to be collected and delivered to depots and siege points, pack horses to be corralled or stolen, ballistae to be constructed, golems to be hunted for gold, friendly siege engineers to escort, and enemy engineers to raid for supplies. All of these activities contribute to victory and earn you points. 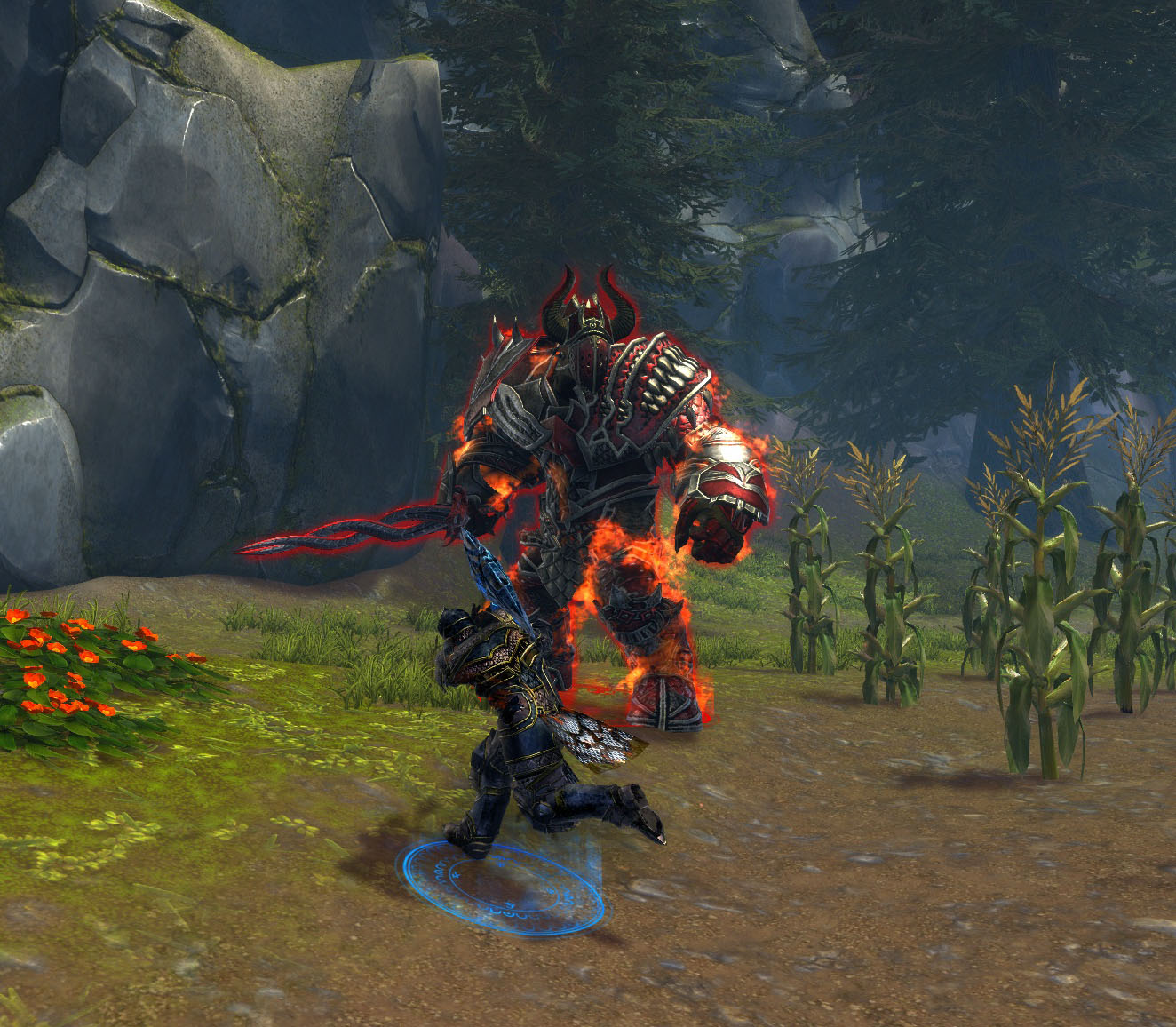 If you are in a smaller guild, don’t worry. It’s not necessary to be able to field a twenty-player team to participate. Anyone who belongs to a guild can join the queue. Smaller groups are banded together to fill out the teams and fight as mercenaries alongside other guilds.  Big guild or small, all players receive the same rewards based on victory or defeat. Stronghold Siege match rewards include Banners of the Fallen, which can be exchanged for high-end gear, and resource vouchers used to further improve your stronghold.

If you are interested in more details about Stronghold Siege, check out the previous blogs: 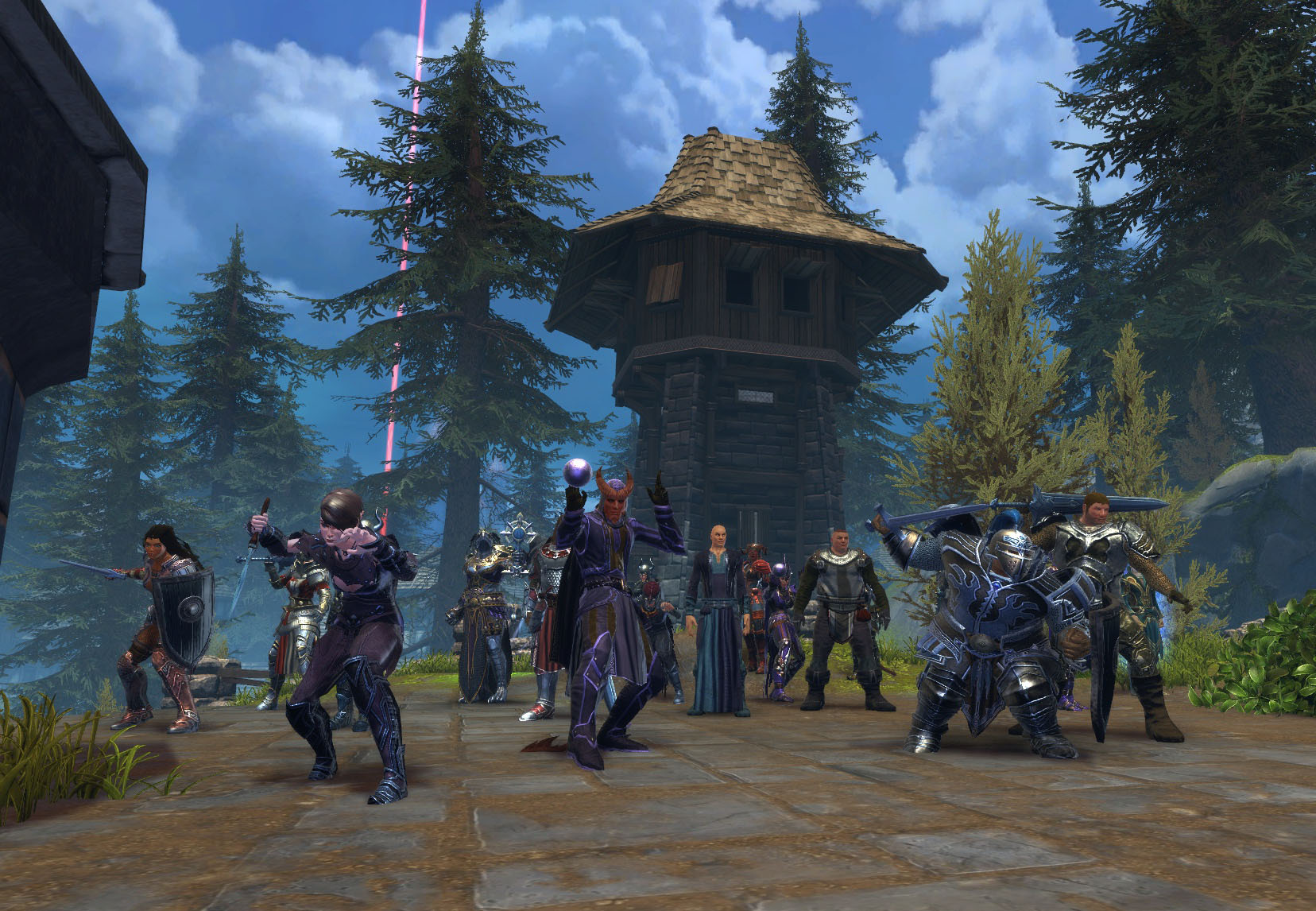 Also, there is an in-game tutorial available via the Traveling Wizard in your Stronghold.

Now it’s time to grab your weapons and gather your guild mates. We will see you on the battlefield!