Hello Neverwintans, this is associate game designer Douglas Miller, and I’m here to talk about loot and what goes into making it. Rewards are at the heart of Neverwinter, and it takes the whole team to make them awesome. Let’s take a high-level look at how the team goes about planning, creating and implementing rewards for an expansion. (Rewards are important, you can tell because someone keeps putting them in a fancy chest.)

We have a long term plan for rewards, but before work can begin work on an expansion, we always schedule time to brainstorm and evaluate the plan. Those of us planning the rewards will sit down with content designers and artists to figure out how the rewards will tie in to the expansion’s content. Knowing early on what we are going to build allows us to ensure that everyone is on the same page. (Longer brainstorming sessions can end with the conference room wall-to-wall with writing.)

From the moment we start development on an expansion, we are constantly evaluating how rewards tie in with the content we’re adding. We then discuss if any changes need to happen to either the content or the rewards so that the goals of the module and our long term reward goals can be met.

At this point we bring the art team into the discussion and ensure that they are on board with the plan. Along with the art team, we discuss what new assets need to be made and how much time the art team has to support rewards. Gear is one of the first things we hand off to art; building and iterating on all of the costumes for each class has to start months in advance. 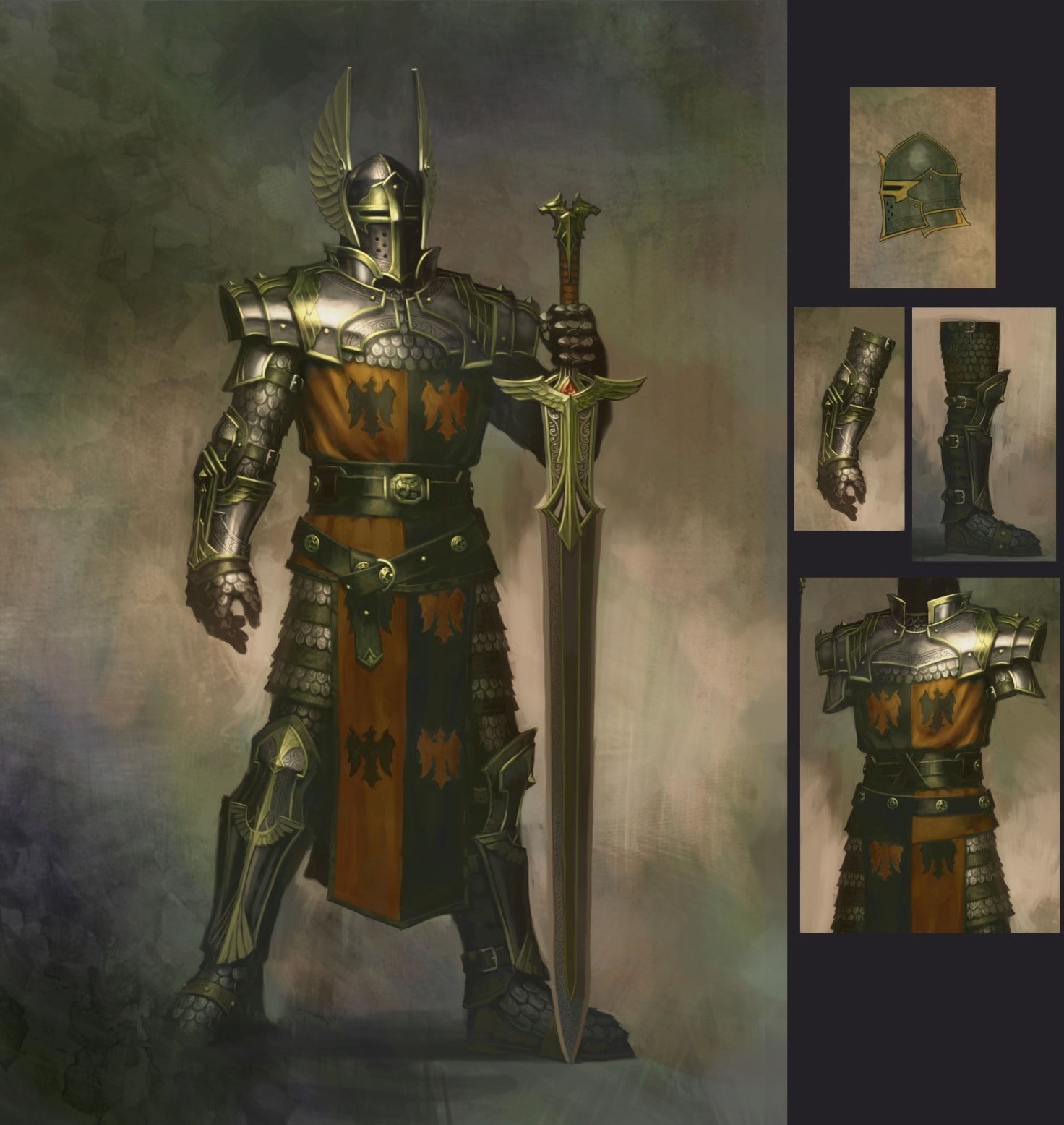 (Concept work for Stronghold armor was already done as early as last year.)

Anyone who plays massively-multiplayer games is familiar to some extent with the dichotomy of loot drops vs. loot purchasable with currencies. A substantial amount of consideration goes into the source of new rewards—are they dropped in a dungeon, or are they purchased from a vendor? We evaluate the rewards against our overall goals before making a decision.

A large component of working on rewards is ensuring that you, the players, know where to obtain said rewards. The collections system was born of a desire to ensure players know how to get their hands on new items and equipment. Ensuring that you can all learn about the rewards you want easily, and organically, is a challenging but rewarding task that extends beyond the collections system, into quests, NPC dialogue and item tooltips.

Once the plan has been laid out, the creation of the rewards proper can begin. The Cryptic engine has three editors which see the most use when working on rewards: the item editor, the rewards editor, and the powers editor. The item editor determines all of an item’s properties from bind status to icons, tooltips and stack limits. The rewards editor controls things like how often and how many rewards you receive, and the powers editor is used to create unique effects on items, like special bonuses or artifact powers. (Anything you’ve ever held in your inventory started out in the item editor.)

Once everything has had a first pass and is in a playable state, the designer working on the rewards will check in their creations to the development shard. Rewards can be one of the hardest things to playtest, but once they are made, we get them in front of the team. As everyone gets a chance to try out the rewards, we begin iterating and polishing based on their feedback. 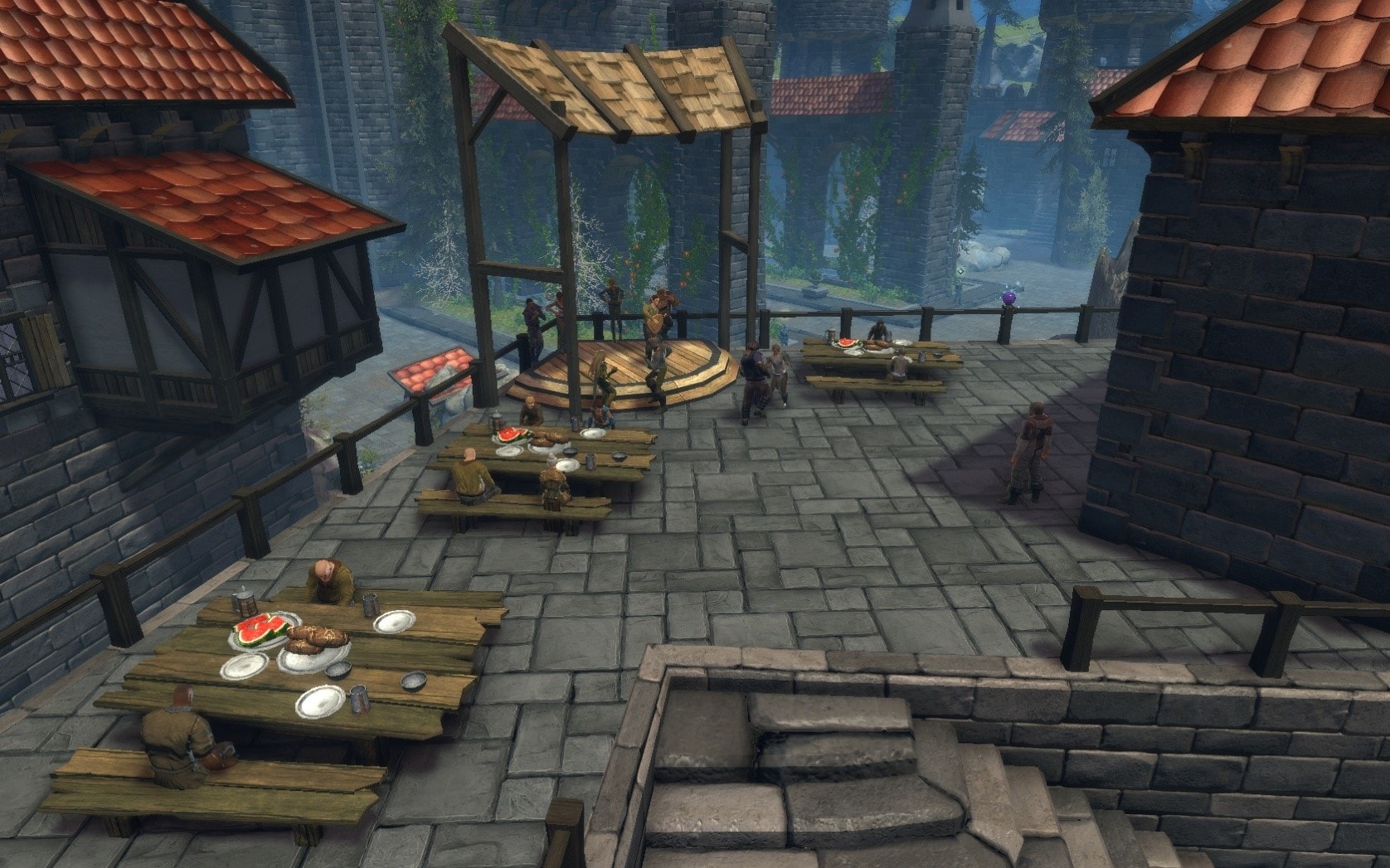 (Writing tooltips for things like medieval cheesecakes is a guilty pleasure, though not as guilty as subsequent unwarranted cheesecake consumption.)

At this point, art will start wrapping up their work on the tasks that were handed off at the beginning of the expansion. Design and art work closely to make any last-minute changes or tweaks, such as choosing the final coloring for a set of armor based on the materials used. Art and design will also collaborate to make sure everything is in place for an expansion’s launch and that all placeholders have been replaced with final art. 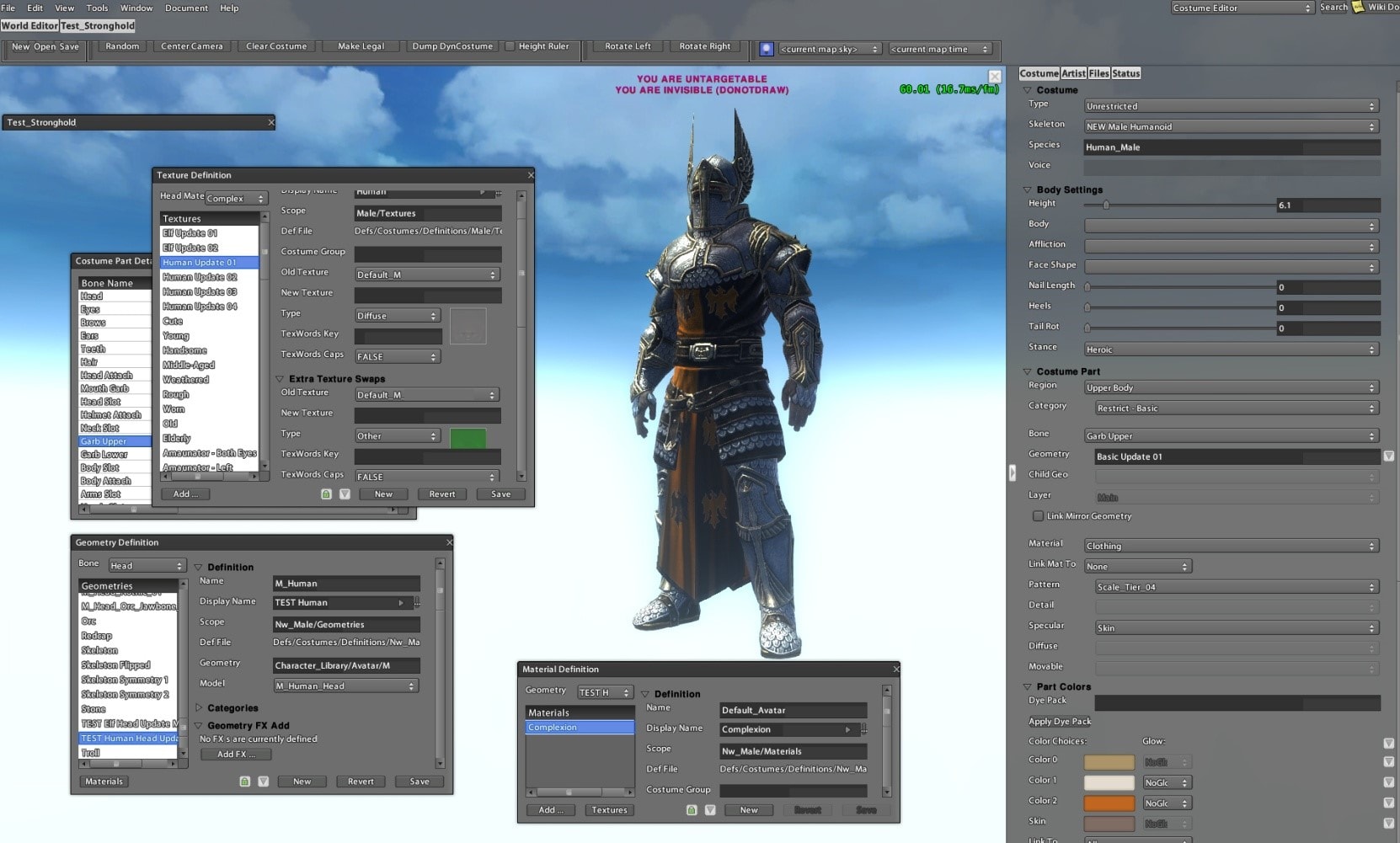 (The costume editor will keep your whites white, and your brights brighter—if you’d like.)

From start to finish, creating rewards for Neverwinter involves most of the team in some way, shape, or form; from what the loot is, to what it looks like, to where it comes from, making sure every adventurer has awesome loot to hunt is important to us, not only as developers but fellow gamers.