Hello everyone, Sean “Commander Ander” McCann here to give you another look at Strongholds. Today, we’re talking about how the Stronghold changes as the guild ranks it up.

When you first arrive, the Stronghold is overrun by enemies and barely populated. As it ranks up, more workers, civilians, and guards begin to arrive at the Stronghold, and the interior of your Stronghold begins to grow and change.

Once the marketplace is built, four merchants move in to sell their wares. These merchants will offer different things, so be sure to look through their goods when they arrive. One of these merchants is an armorer who will sell item level 125 gear, along with new best-in-slot items. 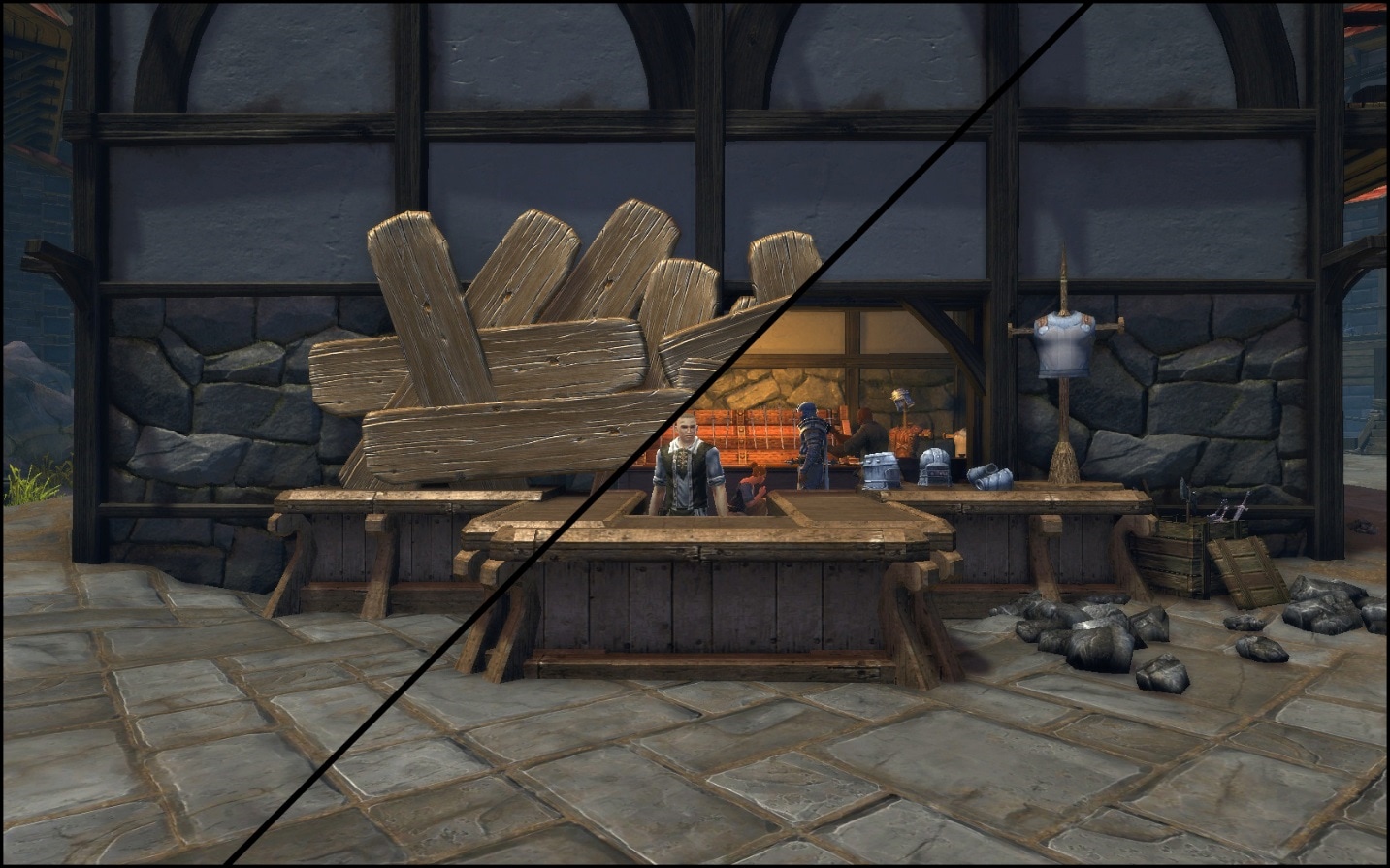 (One of the stores, before and after it is constructed.)

The marketplace also has a restaurant where players can buy food that will grant them various buffs when eaten. The restaurant is fairly empty when first built, but as the guild upgrades the marketplace and the guildhall, more townsfolk will begin to arrive to partake in the fine cuisine. Keep your eyes open for a future blog where we’ll talk more in depth about all Stronghold rewards.

The rest of your Stronghold will also continue to visually improve it ranks up. For example, piles of rubble will become well-polished statues or small gathering spots for the townsfolk of your Stronghold. Outside of the Stronghold, players will see the lands becoming more civilized as areas that were once ruins are replaced by farms, barracks, towers, and other structures that the guild chooses to build.

We’re looking forward to seeing how guilds interact with the Stronghold environment and seeing all of the changes that happen as your guild ranks everything up! Stay tuned for more information on Strongholds, coming soon.