Strongholds provide guilds with a large number of structures to choose from. The first few ranks are purposely limited to ensure the guild can produce the resources it needs (check out Required Resources for more information), but once those structures are completed, guilds can decide what they want their focus to be.

There are a number of things the guild needs to focus on to advance. First, the number of plots available on which the guild can build structures is limited. To clear new plots for construction, the guild must increase its guild hall rank. Every two ranks (1, 3, 5, 7, and so on) new plots are cleared, giving the guild more options for different structures. Increasing the stronghold’s rank also increases the maximum rank for the guild’s other structures. Every two ranks (2, 4, 6, 8, and so on) the maximum structure rank is increased by 1. Increasing the stronghold’s rank also increases the guild’s coffers, so improving stronghold rank is a priority. As the guild clears new plots, the guild leaders must decide what to build in those locations. Each plot can accommodate a limited selection of structures, with each unique plot footprint intended for a particular primary purpose.

To begin with, the guild can create the resource-producing structures mentioned earlier, as well as towers to help with defense in stronghold PvP battles. There are fewer choices to be made here, to help ensure every stronghold gets off to a good start. The first few stronghold ranks unlock more of these plots, so the guild has the key resources it requires. Again, increasing the rank of these structures allows the guild to improve the stronghold rank, which unlocks new plots, and so on. 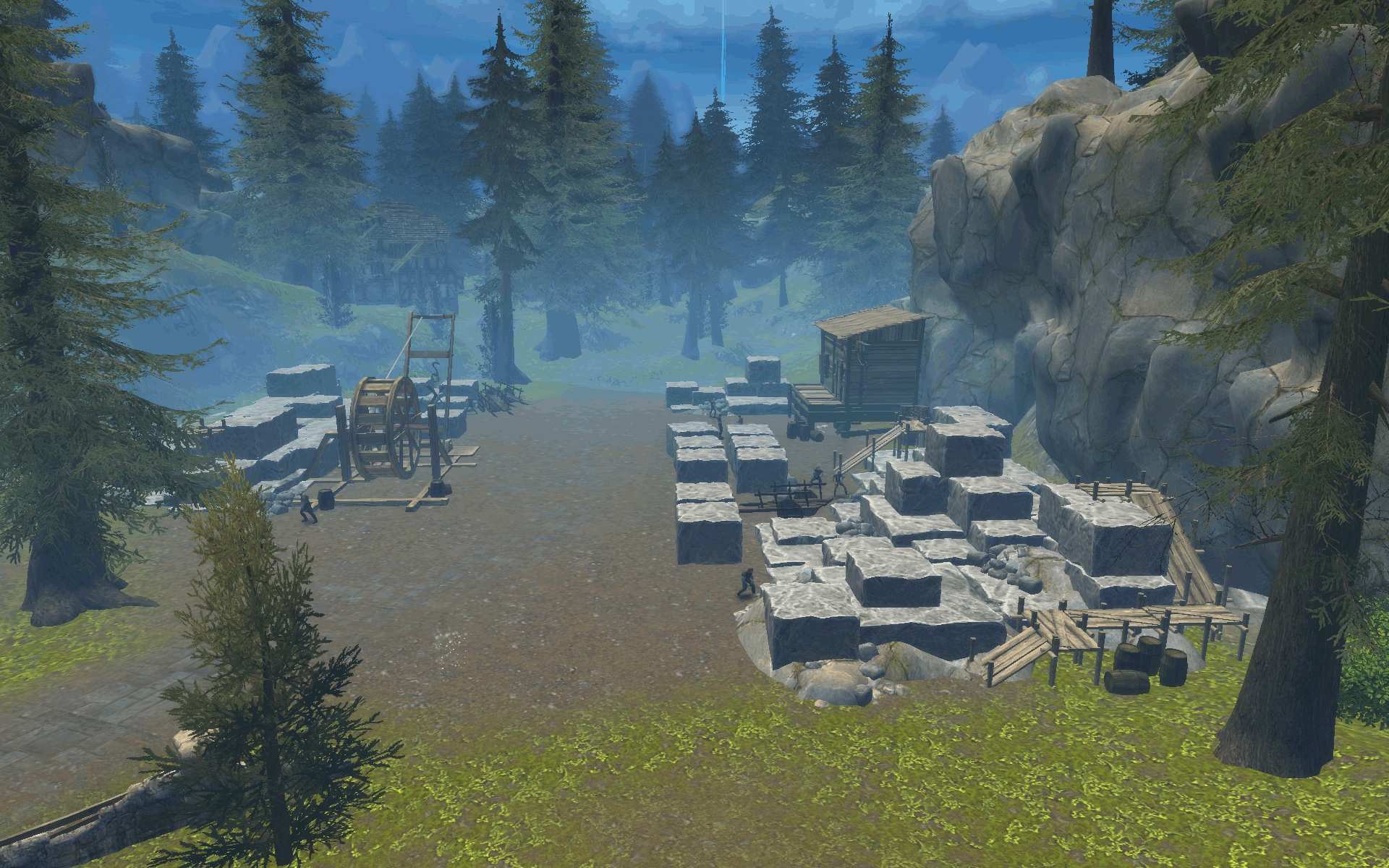 As the guild continues to grow its stronghold, new plots become available that can be used to boost resource production, along with plots that can house structures designed to provide player boons.

If the guild is interested in gaining ranks, they should concentrate on the production-boosting structures. This will maximize the efficiency of their Lumberyards, Farms, Quarries, and Mines, providing more of the base resources needed to advance.

If the guild is more interested in increasing player power, the leaders should focus on the boon-granting buildings. There, too, the guild needs to choose. Each structure unlocks up to three boons as it is improved. There is a maximum of four plots available for boon structures, so a guild will have to be selective about which of the seven available creations they opt to build. There are more of these unique structures than there are plots to hold them, so a guild will need to make choices as to which boons it feels best suit its play style. A future blog post will look at these boons in more detail. Guilds aiming to dominate in Stronghold PvP battles will likely want to focus on building and upgrading the PvP towers that overlook key points on the map. These towers are only active in PvP battles, but can bolster the guild’s defenses dramatically. In addition, there are structures that increase the effectiveness of the guild’s war machines in PvP—these utilize the same plots as the production boosting structures, so choosing to focus on PvP is a trade-off against maximizing production.  Finally, for PvP-focused guilds, the choice of boon structures will be important, allowing guild members to choose boons tailored for use against other players.

While the early ranks of stronghold development are relatively structured, once a guild has got into the pattern of tending structures, working together toward their construction goals by gathering the required resources, and donating regularly to the coffer, the range of choices available opens up dramatically. This allows guilds to build structures that complement their members’ play styles.  We’re excited for the launch of Strongholds and look forward to adding extra plots and new structures in future modules.