In a previous blog post Feeding the Beast, we looked at the coffer and talked briefly about the resources required to build the various structures available to your guild’s stronghold. In this post we’ll look at the four key resources that all structures require, and how your guild accumulates them.

Most of the building blocks the stronghold requires are gathered by players as they complete quests and heroic encounters in the stronghold map and elsewhere throughout the game. Four resources are different, however, in that they are produced directly by structures. The guild’s first task in building a stronghold is to construct a Lumberyard. Soon after, the guild must build a Farm, a Quarry, and a Mine. These four structures provide Wood, Food, Stone, and Metal, respectively. These structures must be built in order and cannot be destroyed, to ensure the guild always has a ready supply of raw materials. 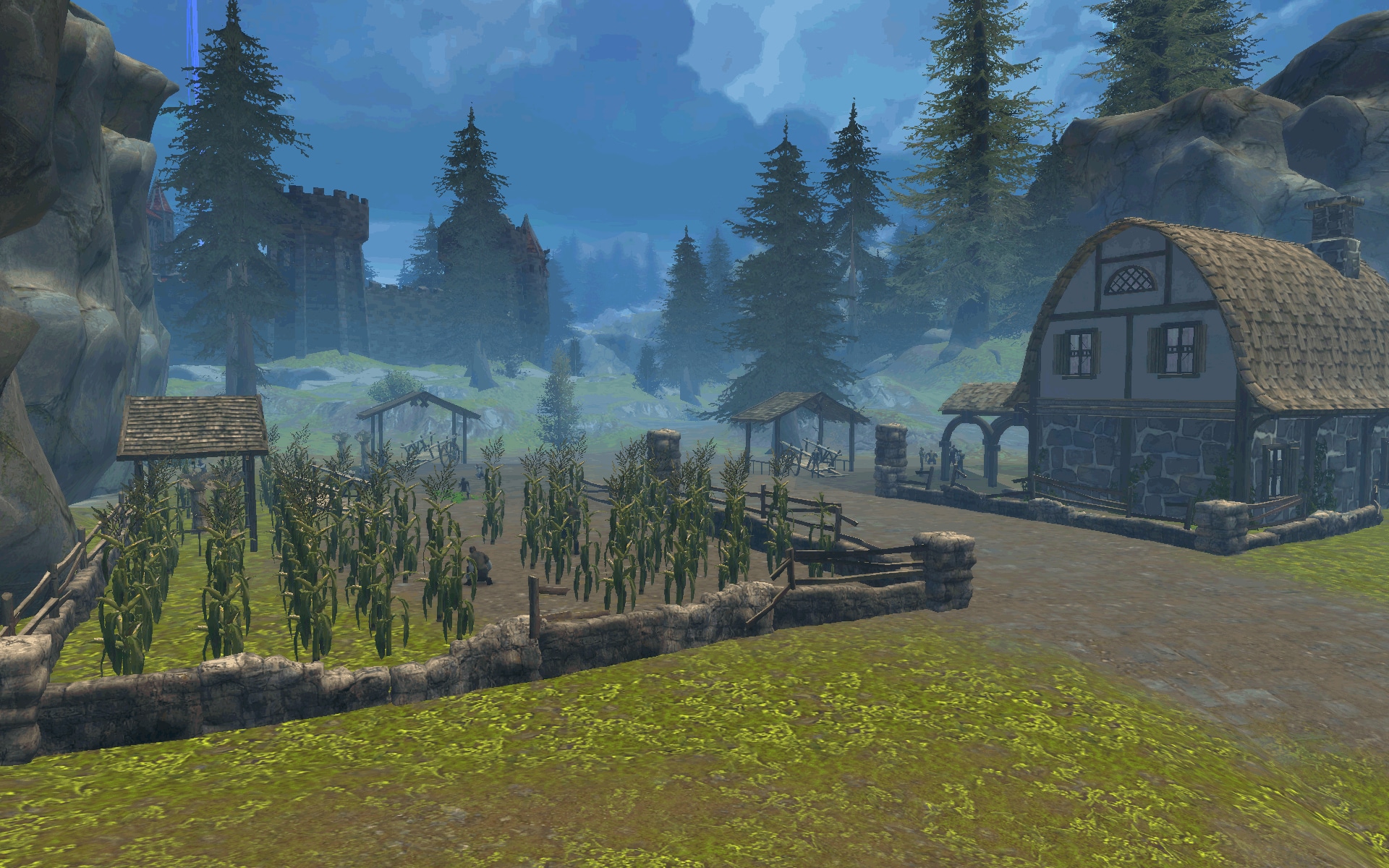 Instead of collecting the resources as rewards from playing campaigns or quests in Neverwinter, these structures continually generate their particular resources and store them until collected. To collect the accumulated resources, a player must visit the structure and tend the building. Doing so transfers all the resources stored there directly into the stronghold’s coffers.  As the guild advances in rank, these structures can also be improved to increase the rate at which they produce, and the quantity of resources they can store. If the structure reaches its capacity, it stops producing until manually tended. So it’s important for the guild to regularly check on, and tend, these structures. 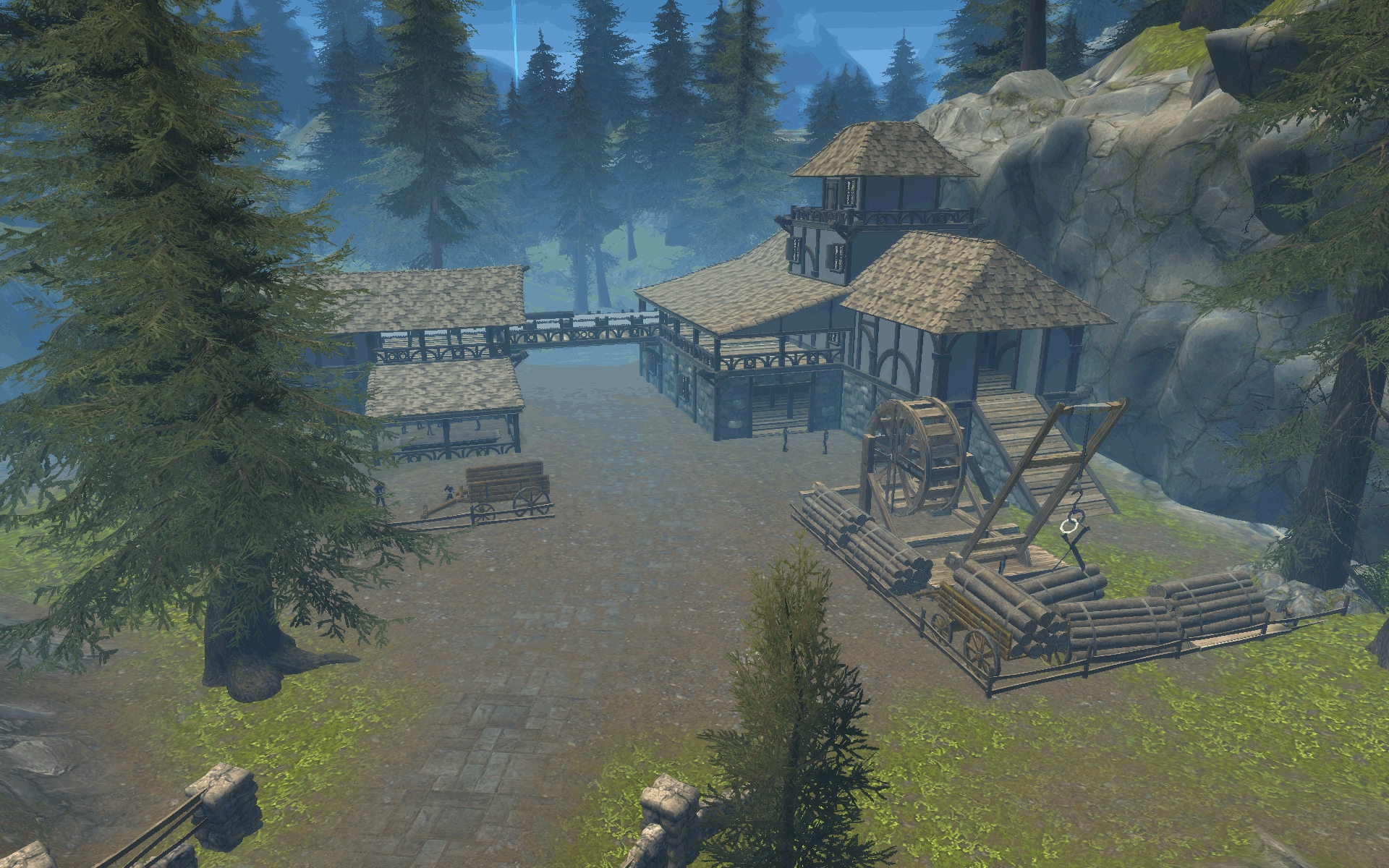 For instance, the Milling Yard boosts the production rate and the storage capacity of the guild’s Lumberyards. The more the guild improves the Milling Yard, the greater that boost to the Lumberyard. There is one of these boosting structures for each of the production structures, but guilds have a limited number of plots for those structures, too, and must weigh the benefits of boosting resources against the other options available. 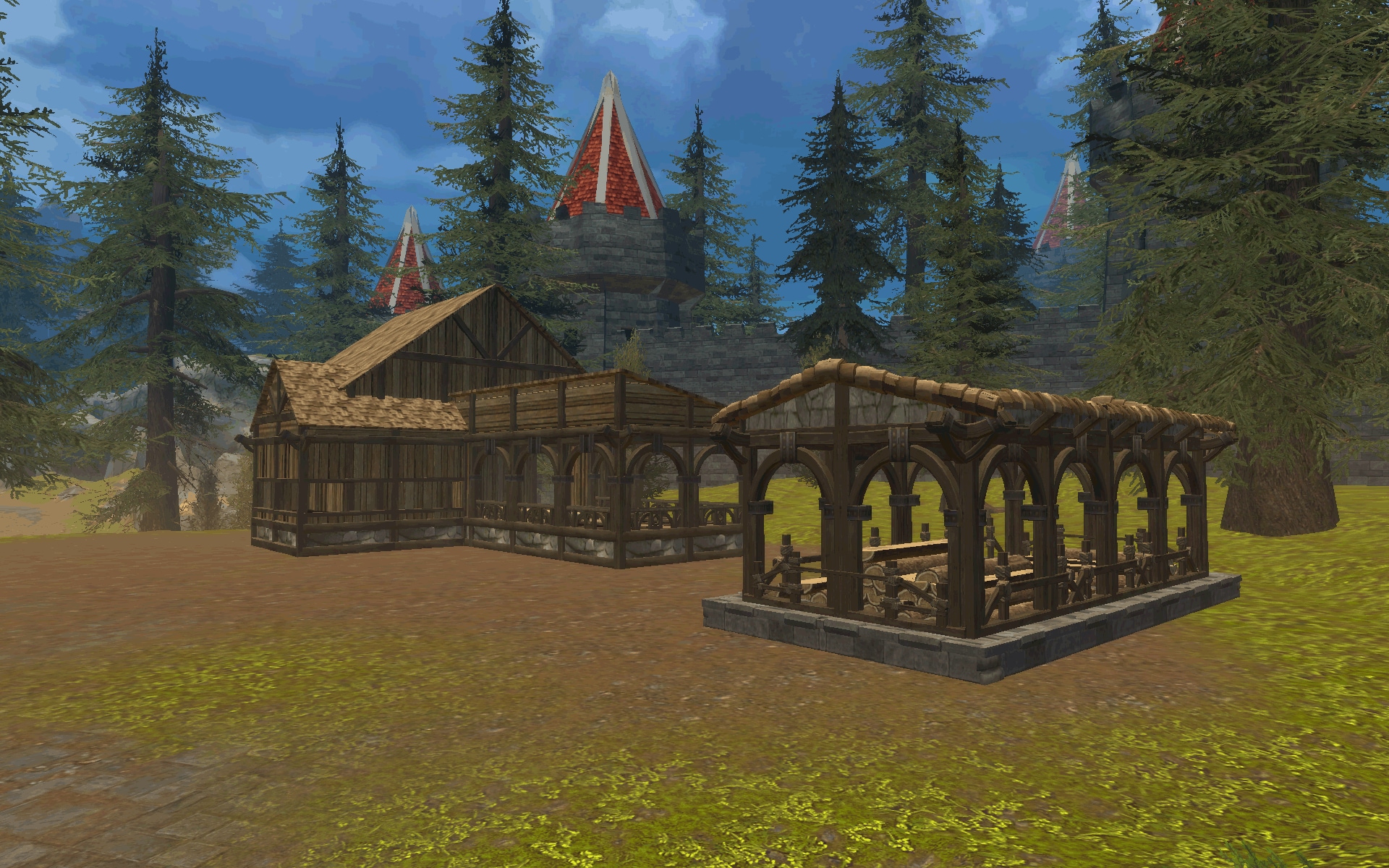 Whether or not the guild opts to pursue boosting resource production as a goal, the members of that guild must make sure to visit and tend the stronghold production buildings regularly to keep them producing.

Remember that all structures need these resources, so don’t forget to harvest or your Stronghold will be in trouble!