This developer blog is brought to you by Sean “Commander Ander” McCann and gives more of an insight on what kind of environments you can find within a single stronghold in Neverwinter: Strongholds: “How exciting! Today, me and the boys found an ancient dragon altar in the mountains, and it’s still standing. Everything is intact! So much of what we see is in ruins, but someone built this dragon altar to last, and I can appreciate that.  I’m not sure if the Steward still wants this altar around, but I say we should leave it, it adds character to the surrounding area.

I know I might just sneak out every now and then to examine the altar a bit more, see if I can’t get some ideas for some new buildings. The area also just makes me calm. In fact, I don't even hear the whispers of Gruumsh when I take naps in the area.” “This area of the stronghold is so beautiful! The trees are so tall, and their leaves create such a nice shade at any time of the day. I love coming here to sort out the stronghold’s finances. It has the two things I love, numbers and nature, the two sacred N’s!

Oh, and I think I saw a fairy watching me the other day. I may have been hallucinating, though, as I had been up for several days reconciling our latest expenditures.” “You can’t turn a corner without finding something interesting in this place! Take Maiden’s Lane – I came up with the name. The area  has an old windmill and lovely docks set up by the lake. I should try to go fishing!

I don’t know who built these, but they’re recent, around the time of the hamlet’s building, as far as I can tell.” 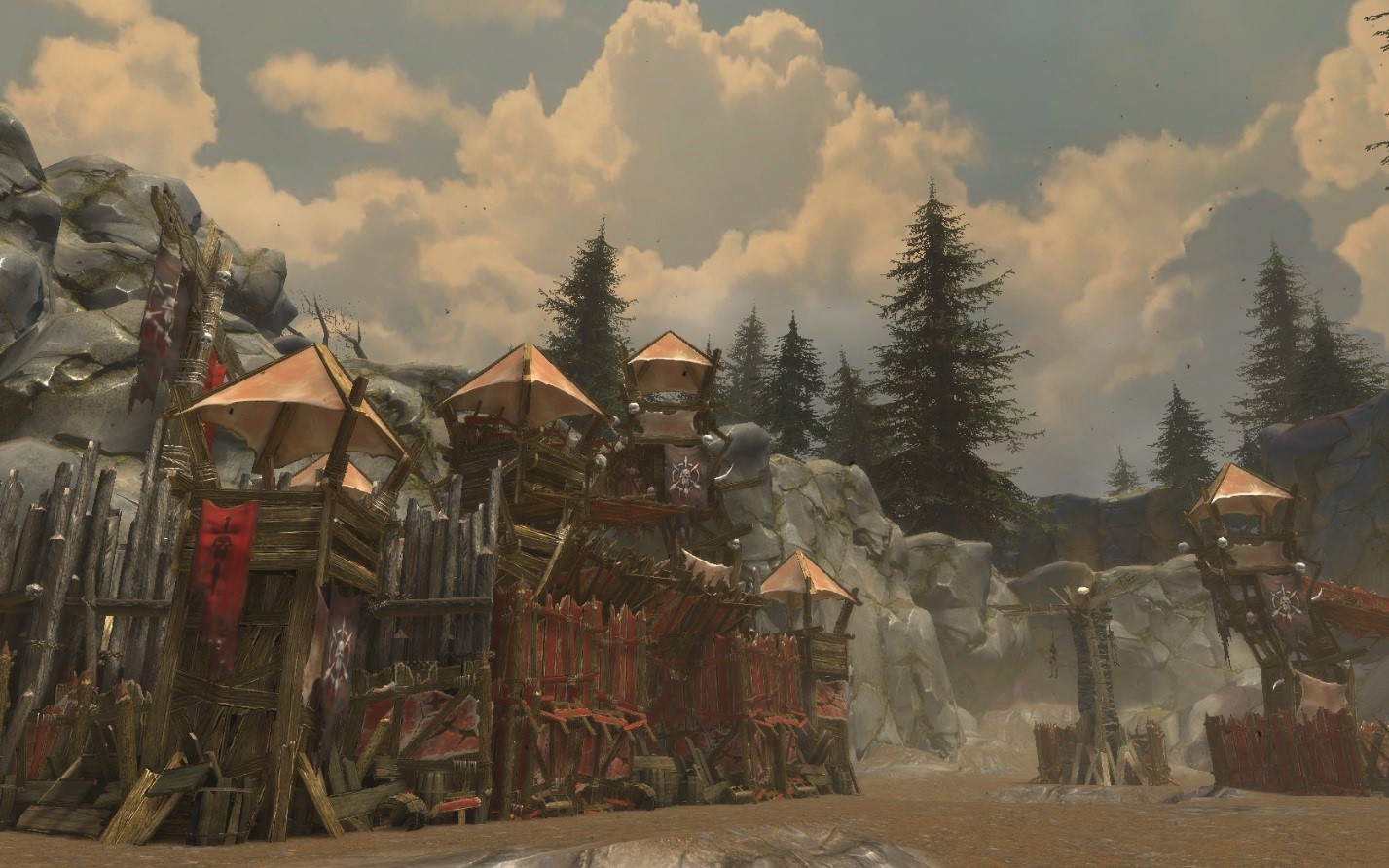 “This canyon is haunted by ghosts. I can hear their cries, their whimpers, begging for release. It’s faint, but there. I’ve talked to a few of the spirits and they keep going on and on about how painful their deaths were.

Getting rid of the ghosts is a simple process. We just need to resolve various tasks from their lifetimes.

Unfortunately, most of the ghosts' unresolved tasks involve some form of destruction. Some of them want to see neighboring areas destroyed, while others want to see the Stronghold reduced to rubble.

Obviously, we cannot allow this to happen. I’m looking into other methods to deal with the ghosts. Oh, and it seems to be a place where the Many-Arrow Orcs have set up camp… just to make our lives a little harder.” “The workers have taken to calling this place Ancient’s Lake. They’ve also taken to calling in sick, claiming the ruins in this area are making them ill with dark whispers, which I don’t believe for a second.

Just because some ancient civilization’s ruins are sitting about doesn’t mean it’s haunted, it just means they didn’t build anything to last. You can bet this stronghold will last a thousand more years once we’re done with it.

Someone even claimed that if you’re in the area long enough, an actual ghost will appear to talk to you. Clearly he’d been out in the sun too long, and was no longer productive. I had to let him go.” 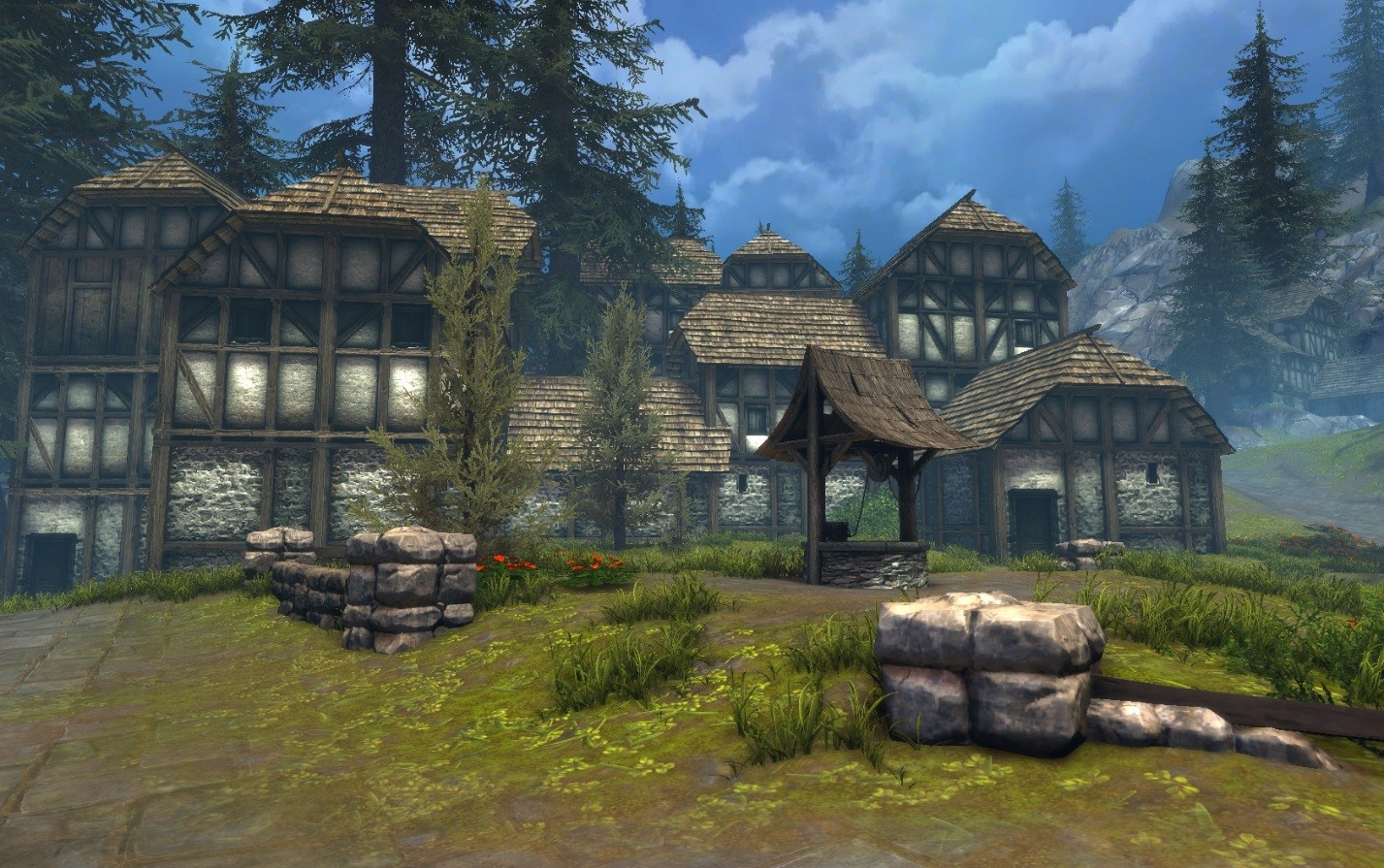 Unfortunately, the stench of blood and death is still fresh, or maybe that’s just the orc side of me talking, as no one else seems to smell it or get the flashes of death and destruction when they’re in the area.

At any rate, this place would make a start to build a town, if we can get these orcs out of here. I have so many plans on what we could do.” “This area is dangerous, I swear! I was scouting, doing what I’m supposed to do, when I saw a group of devils around an altar. I ran as quickly as I could to get the others, but when I came back, the devils were gone!

The Steward is dismissing my claims, saying that I was in a, ‘drunken stupor’ and that I came ‘slurring my words’, but I know what I saw. The place is a Devil’s Hideaway! … That’s actually a really good name for the area.” 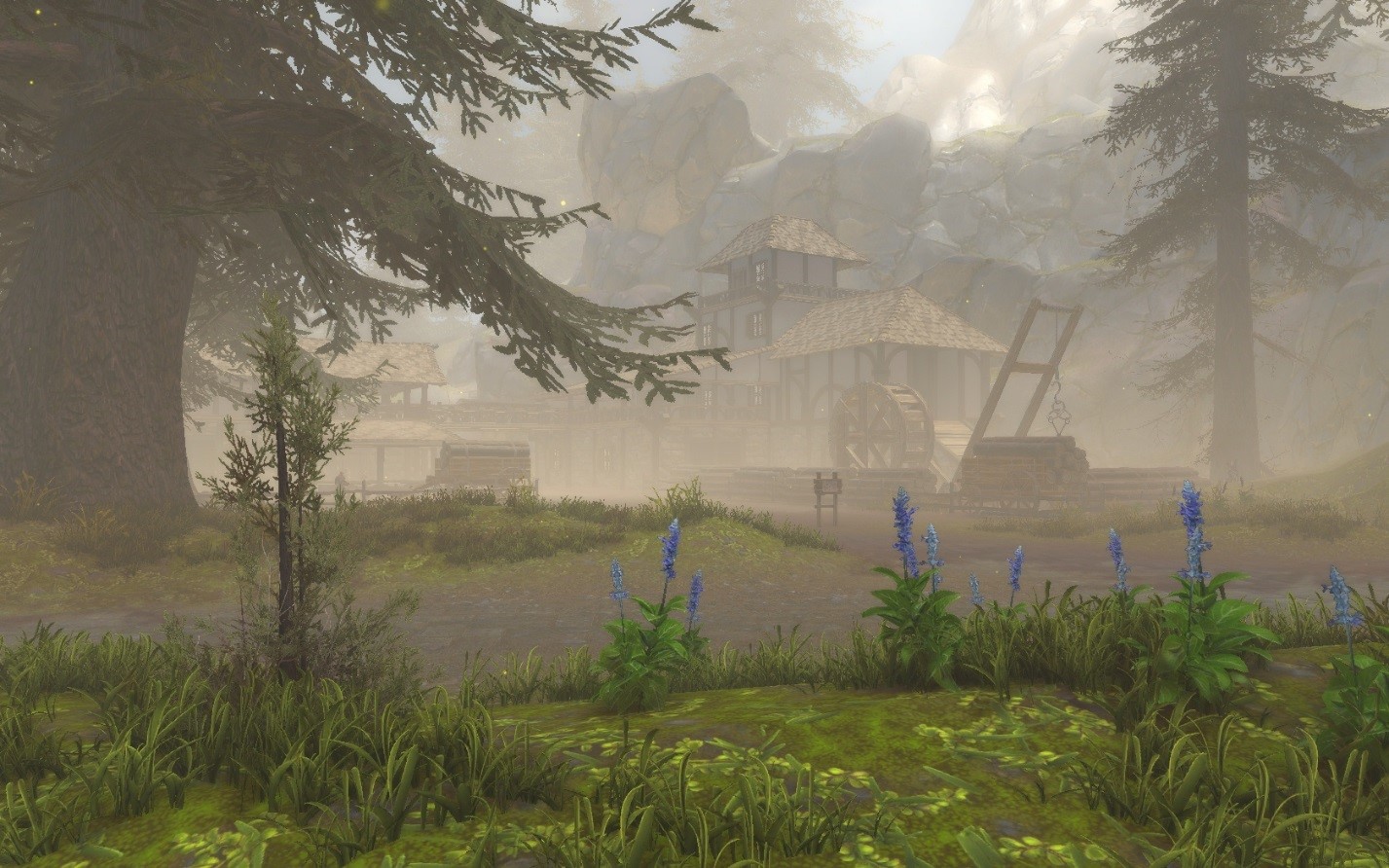 “Is anyone going to see what is going on with the Misty Hills? I can barely walk through the area! There’s a thick mist that just sticks to the ground, but there’s no logical reason why it should be there. It’s there at morning, noon, and night. It doesn’t even go into the place the drunken ranger called Devil’s Hideaway… it’s like the mist just wants to stay in that area.

I hope the Steward comes up with a solution, because the place is just plain difficult to walk through for a Halfling. Of course, the Builder thinks it’s a fantastic place. She would, being a tall half-orc.”

20% off Services!
This week everything in the Services section of the Zen Market is 20% off!
Read more
2x Glory!
For all our PvP adventurers, 2x Glory will be turned on this week!
Read more
2x Tyranny of Dragons Campaign Currency!
Making your way through earlier campaigns?
Read more