If you missed the Livestream, you can check it out here, otherwise you can read through the Q&A Transcript below. Enjoy!

What inspired the creation of the Warlock?

Warlocks have been a beloved D&D class for quite some time, so we definitely wanted to include them in Neverwinter. We also didn’t have any dark caster-type character and wanted to provide that option for players who wanted to a more morally grey character.

What was the hardest part about designing the Scourge Warlock?

The hardest part about designing the scourge warlock was differentiating them from wizards because they are both spellcasters and, in D&D, spellcasters have a lot of similarities. We wanted to make a character that could have a couple different options as to how they could be played and that intention evolved into the three feat trees they have now. Speaking of class design, Guardian Fighters have gotten quick the make-over. Could you tell us a little about that?

Guardian Fighters have gotten a lot more that they can offer to a party. It was hard to make this happen with the way they were currently. We’ve improved Knight’s Valor and we’ve improved Into the Fray substantially, with its damage resist given to allies as damage bonuses. We also wanted to make their solo experience better so we made Mark more effective at improving their damage without changing their party’s damage too much. We also made some of their key target powers a lot faster and easier to cast.

How do you foresee the Warlock fitting in with the existing classes?

Warlocks can fill one of two key positions in a party. They can be a hardcore damage dealer who’s focused on annihilating an enemy or they can fill a support role. The Temptation tree is almost a debuffing and almost healing role. We wanted to make sure that SW’s had at least 2 options as to how they could be played.

Can you have a soul puppet and a companion out at the same time?

Absolutely, yes. You can have a companion and a soul puppet out at the same time. It does not replace your companion.

Will the Warlock's shift ability be getting a damage immunity like other classes? If not, then why?

SW’s Sprint works similar to GWF’s. They now get control immunity and 30% damage resistance, so even if you do get caught in an attack, you’re going to take a lot less damage. We’ve also made the Stamina cost much cheaper for both classes, so you’ve got a lot more options as to where you can go with your Sprint. 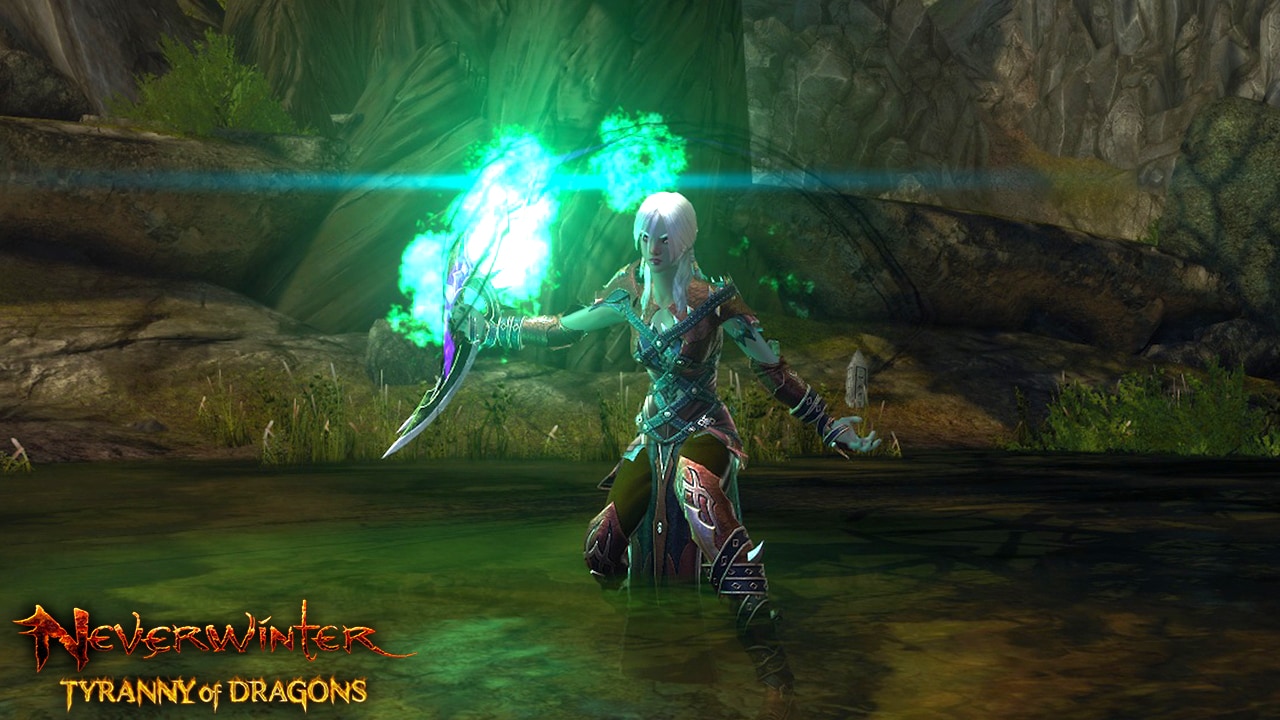 Can you tell us a little more about the Warlock’s Curse mechanic?

Warlocks are well-known from the D&D books for the curses they can put on enemies to deal extra damage. We wanted to emulate that in Neverwinter by having the Warlock able to curse enemies and deal extra damage to them. This bonus damage is split down the more targets you curse and you can have up to 3 active at a time. A cursed target initially takes an additional 20% more damage that is divided as you curse more targets. A lot of the Warlock's powers get benefits when you hit a cursed target or can consume your curse to deal bonus damage. Because of this, you’ll need to choose your abilities wisely.

Why does killing flames have such a wide damage range?

Killing flames scales drastically with your opponent’s health. So, the lower the target gets the more damage it does to him. Usually when the target is below 70% health, it’s worth casting.

We have Hellbringer as a paragon, which seems to be centered around devils, can you give us a hint as to what the theme of the 2nd paragon might be? Fey-related perhaps?

Unfortunately, we cannot release information about this at this time.

Will Warlock items be added to the various packs/(previous) lockboxes/professions/etc - I'm thinking specifically about Greycloak, Delzoun, Ancient Mulhorand, leatherworking, and alchemy items. Will their daggers & grimoires fall under artificing or weaponsmithing?

We know that there will be Warlock Weapons for Greycloak and Delzoun. Warlocks will take part in leatherworking for their armor and artificing for their pact blades and grimoires. 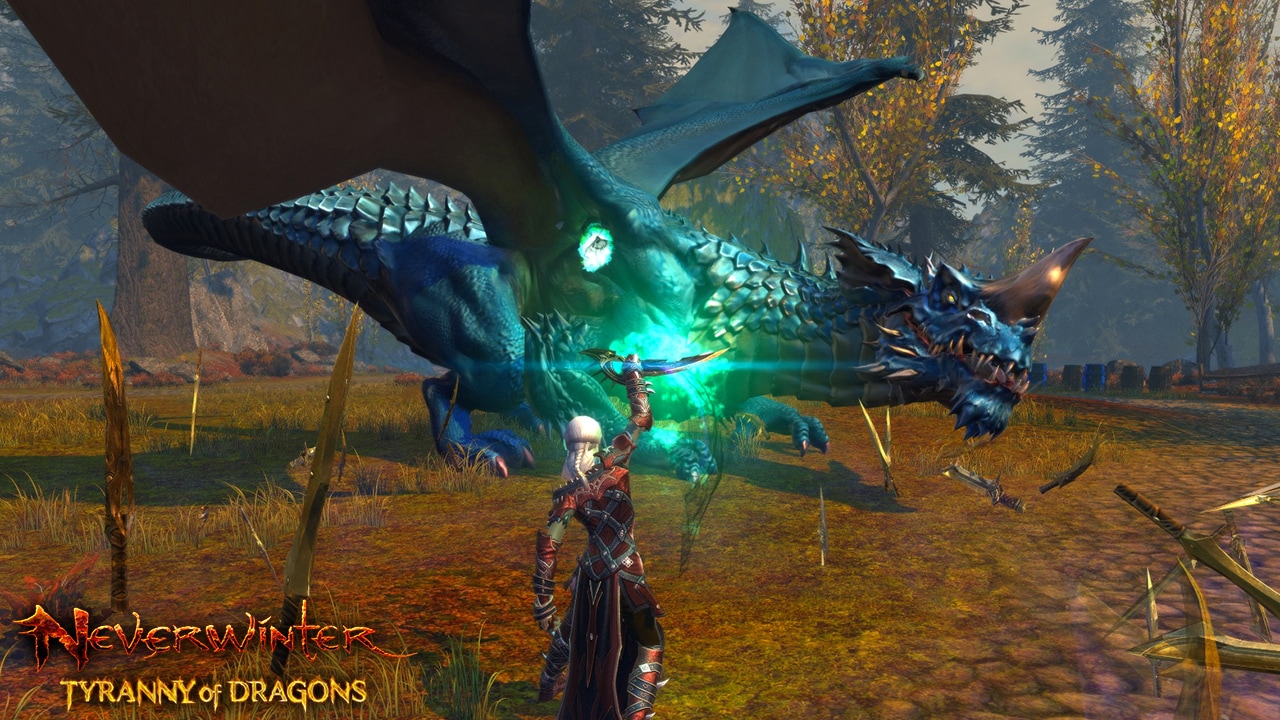 Will we get some new choices of deities to worship that are more in-line with the Warlock class?

Unfortunately, this is not something we currently have planned at the moment. Also, technically, Warlocks don’t worship their benefactor or any deities usually.

You didn't announce any changes on DC and TR. Will those classes receive balancing changes in M4 or the near future?

There aren’t any changes for the classes coming for M4. We had a lot of changes lined up for this expansion and wanted to give the classes we're making changes to the due diligence they deserved. The DC and TR will, however, be getting an update sometime after M4.

What will differentiate a Devoted Cleric from a Temptation Scourge Warlock?

DCs have a lot more control over how they are protecting their party, while the SW does rely a lot on being close and being able to pump out damage on a target, even if he/she is a Temptation Warlock. The SW is a great secondary healer to bring in, but the SW can’t fully replace a DC. DCs also provide a lot more on-demand protection and defense than SWs can.

We'd like to thank everyone who submitted a question, and everyone who joined us during the awesome Play with the Devs Livestream Event! Be sure to catch up on all the Module 4 news here, and keep an eye out for future Q&A Livestream by following our Twitch.tv channel.

2x Glory!
For all our PvP adventurers, 2x Glory will be turned on this week!
Read more
2x Tyranny of Dragons Campaign Currency!
Making your way through earlier campaigns?
Read more
20% off Packs!
Packs will be 20% off for the next week!
Read more