Millions of dragons, driven to madness by the effects of the Scaleblight Mythal, have been slayed by adventurers and a new lockbox will be arriving soon to lend a hand in these hunts and keep an eye (or many) on the safety of the Sword Coast. The Dragonslayer Lockbox arrives September 1 on PC and Console!

NOTE: The Dragon Cult Lockbox will disappear on September 1, 2022.

The Dragonslayer Lockbox will require an Enchanted Key to open and use the updated reward structure introduced with the Dragon Cult Lockbox.

Bigby’s Hand – This darksteel wand was enchanted by a legendary wizard and includes an array of spell gems imbued with the Bigby’s Hand spell. A hero holding this wand can invoke its power to summon a Bigby’s Hand upon which to ride. 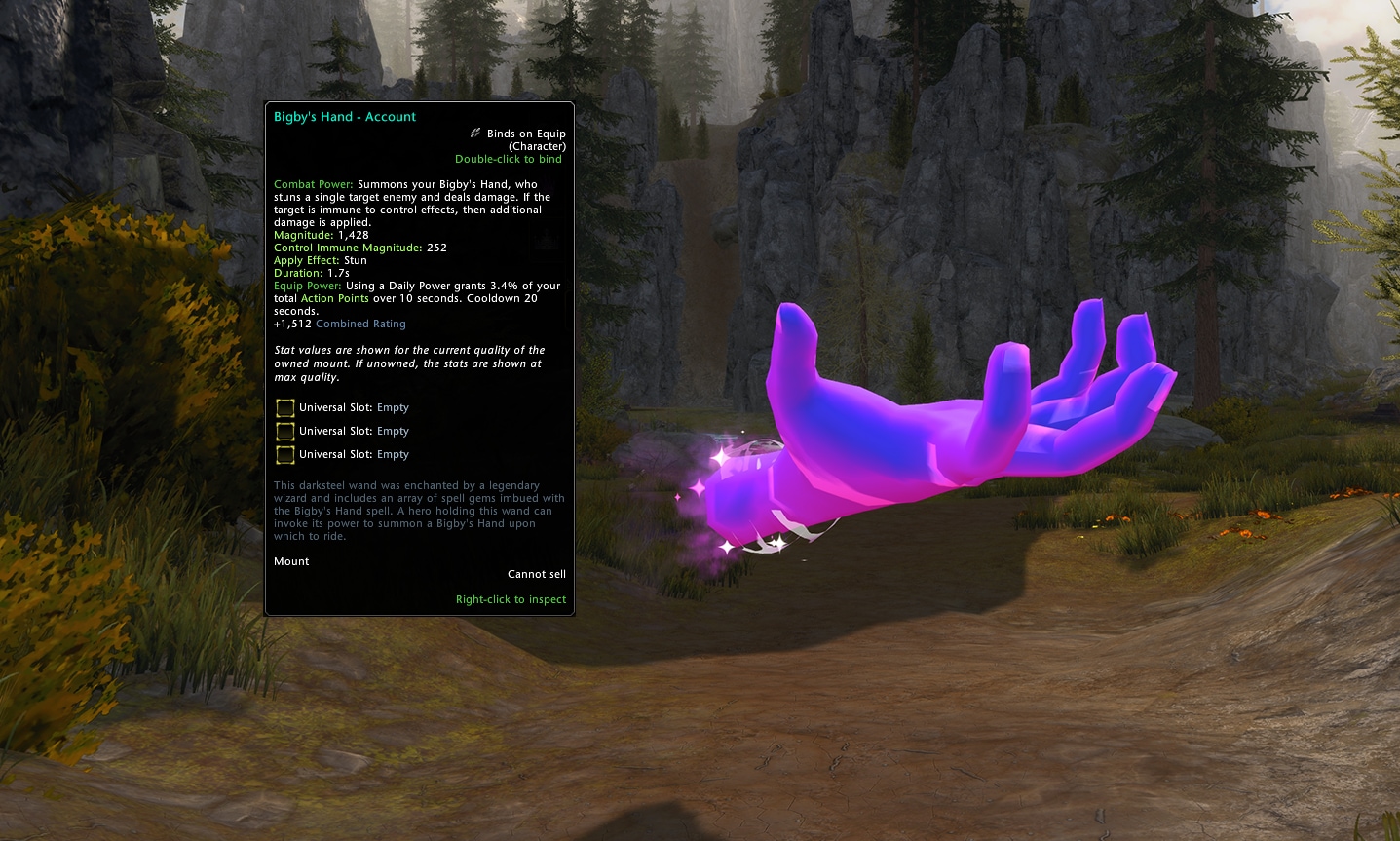 Kavatos Stormeye – A renewed member of the Arcane Brotherhood who has dedicated his life to Protector’s Enclave, Kavatos has begrudgingly decided to assist you on your adventures. The Dragonslayer Lockbox also includes a chance at rewards such as insignias, upgrade tokens, and more! 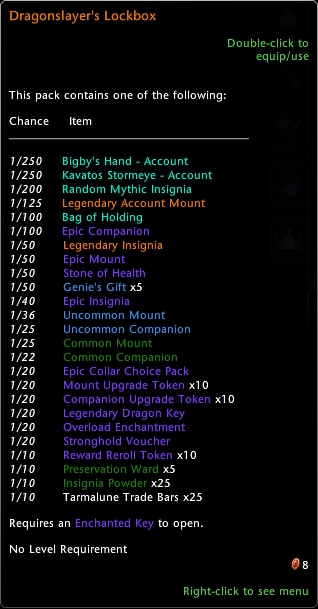