Refinement and Enchantments have undergone some big changes. We read the feedback on enchantments not being meaningful enough in terms of item level and stats, and how the unslot cost was a tedious aspect of changing gear. We also had a wide variety of enchantments, but many were hardly used. We took that feedback and data, looked at the refinement system, and made changes we are excited to share with you.

In the new refinement system there is no more unslot cost for enchantments. In fact, there are no more enchantment slots on gear. Instead, players now have an enhancement page on their character sheet. Add and remove enchants from this page with no cost. 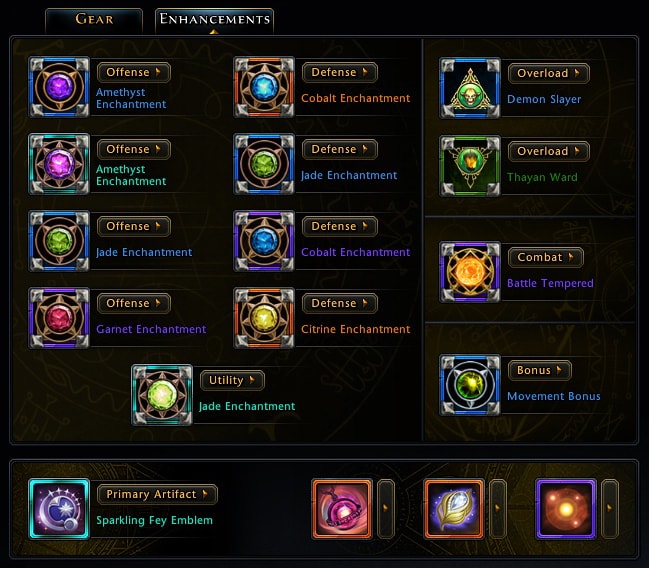 The enhancement page has the following enchantment slots:

Don’t have a lot of high level enchantments lying around to exchange? Not a problem! You can also buy the exchange currency directly with AD to get a head start on the new enchantments.

Preservation wards in the new system are the same items they’ve always been, but they are used slightly differently than before which we will discuss in the next section.

Coalescent Wards have a new icon and are now called Coalescent Motes, but are also the same items they were before and work in the same way.

There are new Motes as well which when used will add their percentage bonus to the chance of success. These motes increase the chance by 1%, 2%, 5%, 10%. The lowest tier can be bought in the refinement sage shop in PE. The other tiers can drop in dungeon end chests.

With these changes we also reworked the upgrade UI. In the past we had several different upgrade UIs depending on the item being upgraded and what items it turned into. We have combined all of this into a single UI that is universal to all items. 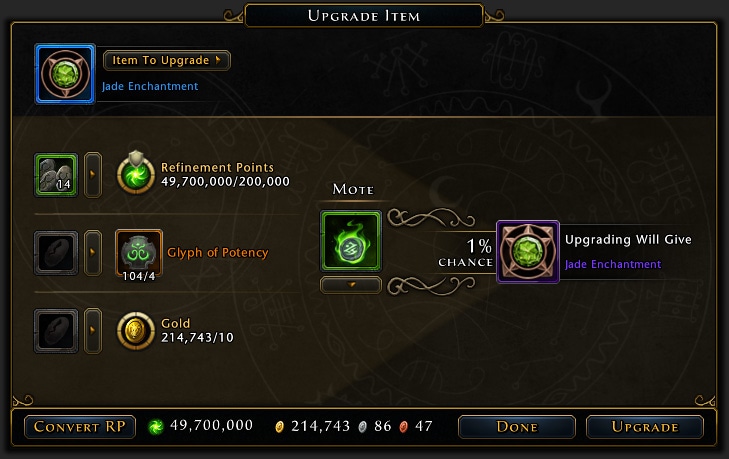 There is a percentage chance of success and a mote can be slotted to increase that chance, with a coalescent mote still raising the chance to 100%.

If every item is now using the same refinement window, what does that mean for artifacts and artifact equipment?

These items are no longer upgraded by ranks and instead are upgraded in full quality tiers each time. Some items received an item level increase during this change over.

With these changes we have separated weapon and armor enchant effects from the enchantments. Instead we have added new slots to the appearance tab where you can slot both a weapon and an armor visual effect.

Exchanging existing armor and weapon enchantments will also give you one of these matching effect items so you both have the visuals you had access to before and have new flexibility in how your character looks. 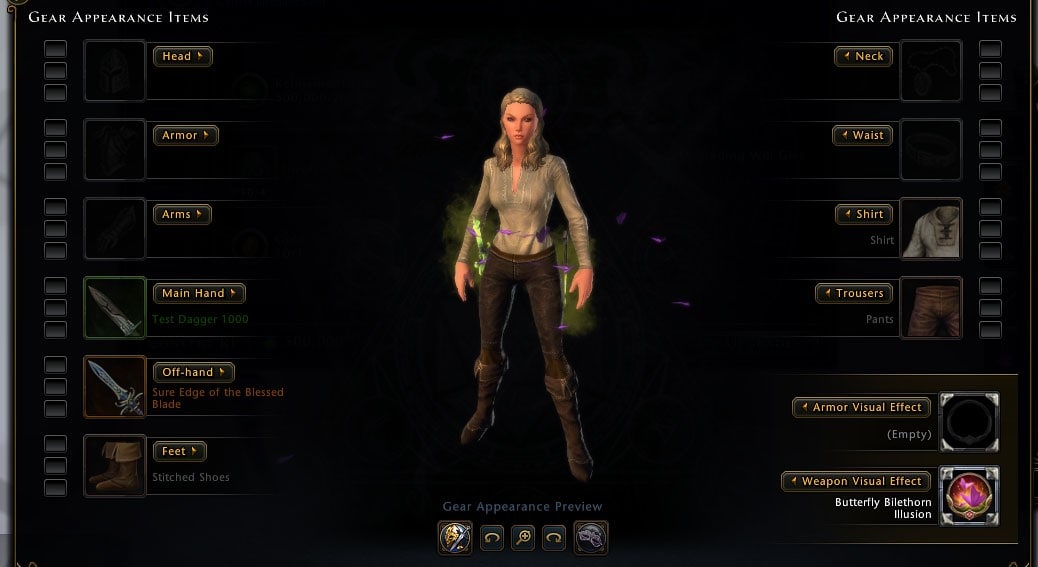 Will I have to figure this all out before I can play again?

We realize changes of this size can be disruptive and may even feel overwhelming at first. To help with this and to let people play as they normally would when the update goes live, characters will get temporary enchantments equipped automatically.  These enchantment have the item level of rank 4 in the new system and give a range of balanced stats. They last 7 days before disappearing, at which point you’d want to have exchanged your old enchants for new ones to take their place.