Note: Vault of Stars will be available March 2 on PC!

There are stories of an item of such great power that it can trap stars. This item is said to be hidden deep within the depths of the Gloaming Court suspended over the throne of the Queen of Air and Darkness. This item is called the Night Diamond and it could be the key to stopping the menace of the hags in its tracks.

It is for this reason that Thradisar and the Arcane Collective are recruiting powerful adventurers to infiltrate the halls of the Gloaming Court and break into the Vault of Stars to retrieve a shard of the powerful artifact for study.

This task it much easier said than done. The road to the Vault is fraught with the unseelie who will stop at nothing to prevent unwelcome visitors from violating the inner sanctum of their queen. Enduring the constant threat of the court’s denizens is only one part of the task. Guarding the way into the court is the twisted outcast known as the Royal Gardener. The Royal Gardener tends his Profane Garden at the entrance to the court. Insatiable curiosity has fueled his experiments between nature and death for millennia, resulting in creations both beautiful and horrifying. An abomination in the eyes of the unseelie elves, they tolerate his presence in the outskirts of the Court because of the extraordinary protection he offers and the fear his terrifying power instills in all but the Queen of Air and Darkness.

Making it past the gardener is only the beginning. Once inside the depressing and oppressive gloom of the court will surround unwelcome visitors as they navigate the Forest of Blooms. A dark forest filled with dense concentrations of corpse flowers.  The prevailing darkness means the only with the assistance of the light can strangers make their way through. 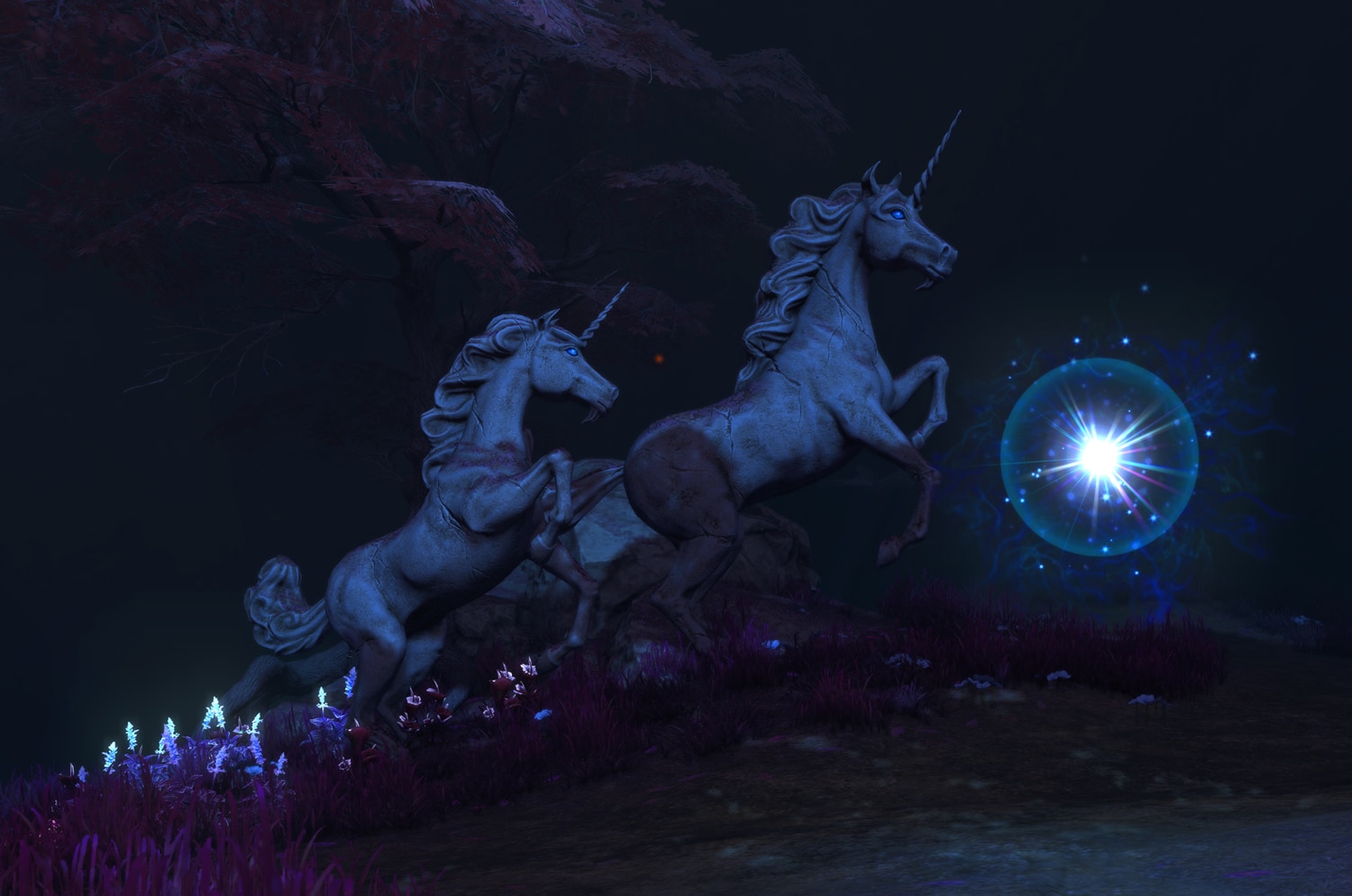 Fortunately, there are helpful creatures known as Luminescent Spirits who inhabit this forest. These spirits are said to be beings of pure magic. Playful and whimsical, they communicate using various colors and their brilliant auras can light the way in the dark. 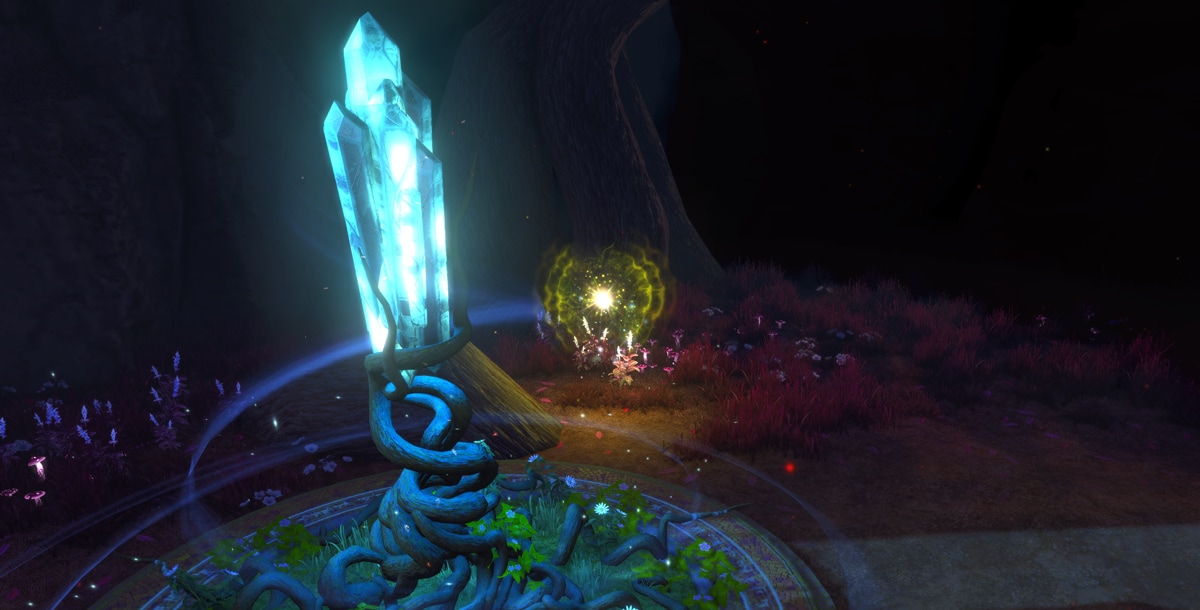 Conquering the forest opens the way to the next powerful obstacle a visitor to the court known as the Prince of Frost. A tragic figure, once known as the Sun Prince, is the nephew of the Queen and is indebted to her for enabling him to exact his vengeance on the love who betrayed him.

The final path to the vault can be found within the maze of shadows. A confusing cluster of hedges leading to the inner vault, the maze of despair serves as the final deterrent to interlopers who dare to venture into the Gloaming Court. The farther one ventures into the maze the easier it is to lose their way as open pathways become dead ends separating parties while the Queen of Air and Darkness uses her influence to stop intruders from reaching her inner sanctum. Then there is the ever present darkness that lingers on the edges creeping ever closer slowly consuming its prey.

Unlocking the pathway through the maze will lead to the vault entrance end the final showdown with the Queen. What lies beyond the doors of the vault? Only those brave and skilled enough will find out. 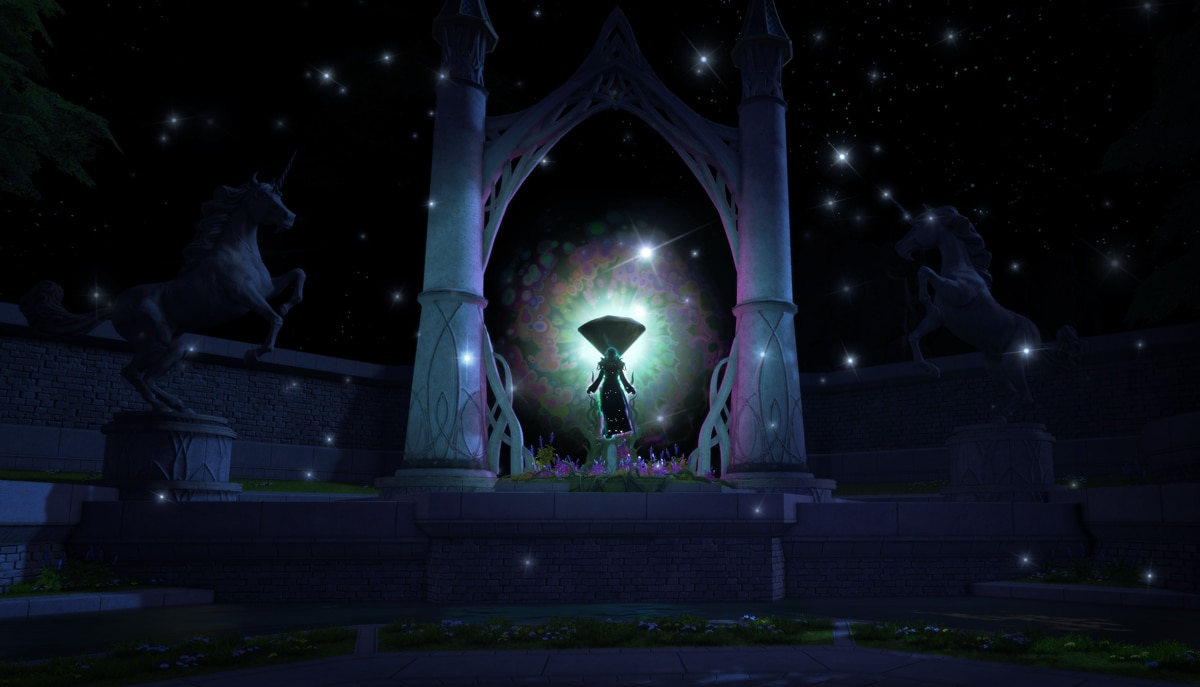 Some who have entered the Gloaming Court and lived claim to have come across hidden areas pulsing with a chaotic looking magic. It is believed that these areas hold 3 of the Royal Gardener’s failed experiments before he created the Harvester of Nightmares. Should these experiments be defeated they may hold the pieces to something of immense power, but only the future will tell when these barriers will be unlocked. 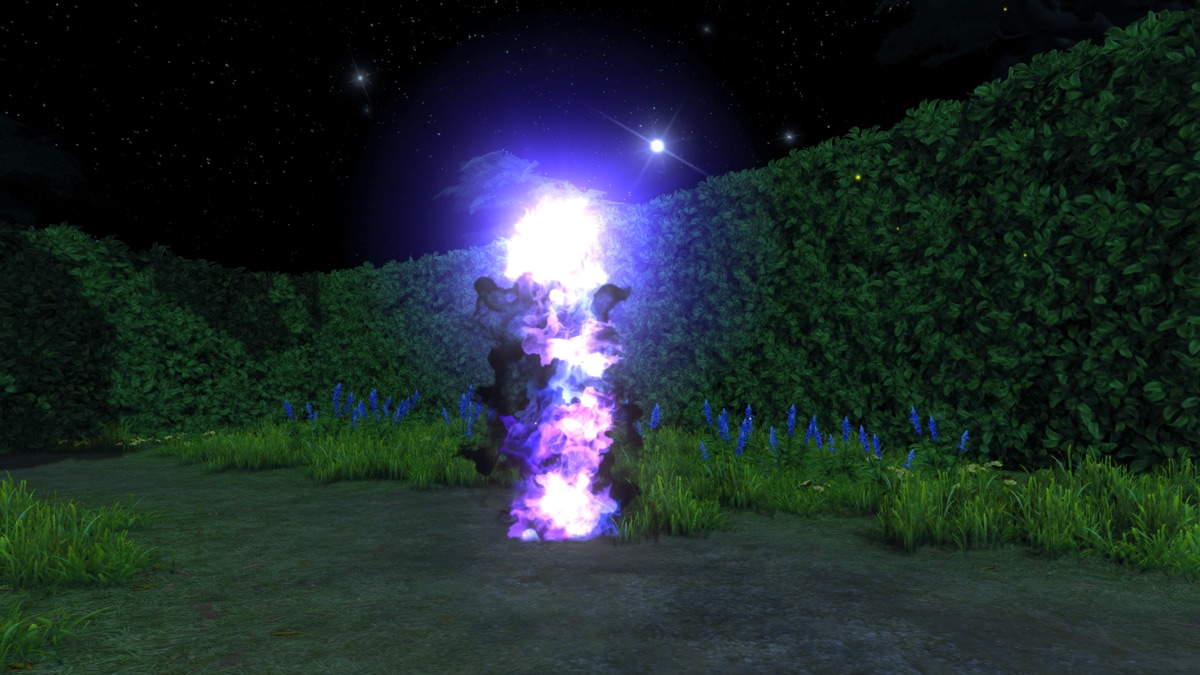 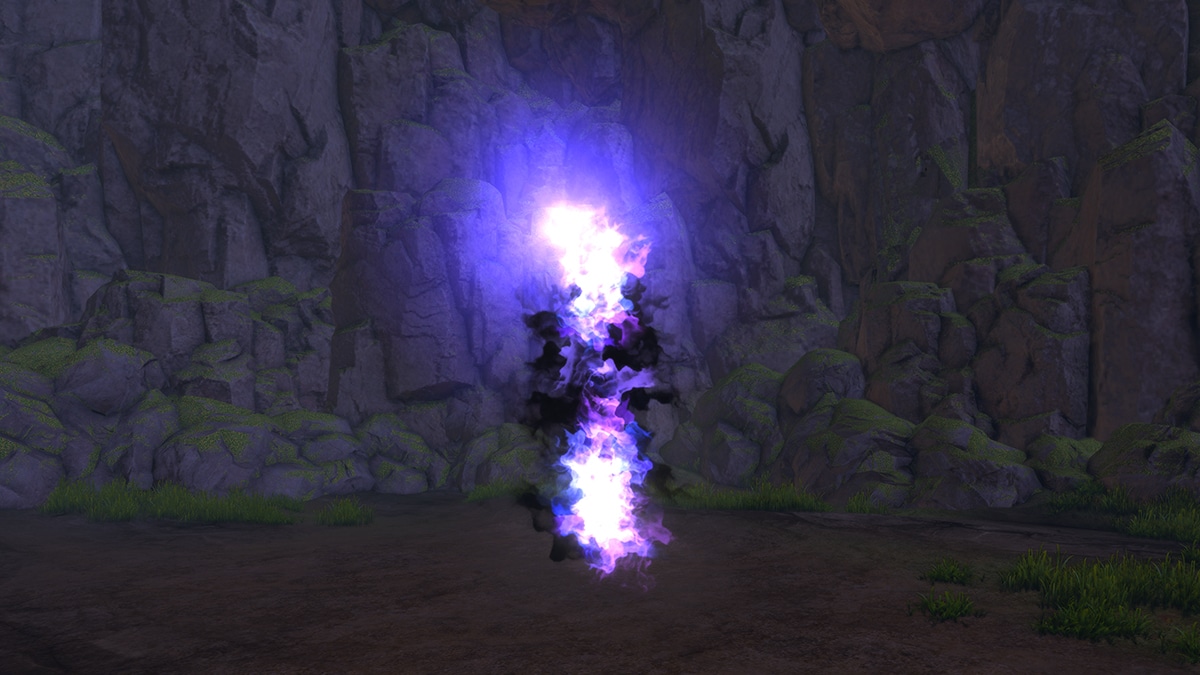