Mounts in Neverwinter are very much the same as they have been for years. While that is a good thing in many areas, there have been some aspects of mounts that you, our community, have been asking to see improved. As having a blog post implies, we have made some changes that will soon be coming to a server near you and we wanted to share all the details.

A lot of players have commented on how they want a legendary mount because they want the faster movement speed when mounted. We thought it would be nice to simplify mount speeds all together.

All players will now have 2 mount speeds. The first speed is as fast as the existing Legendary mount speed. The second speed is the same as the speed for Uncommon (green) quality mounts for your roleplaying and Protector’s Enclave parade needs.

With this change, mounts also no longer grant a speed when adding them to your stable. 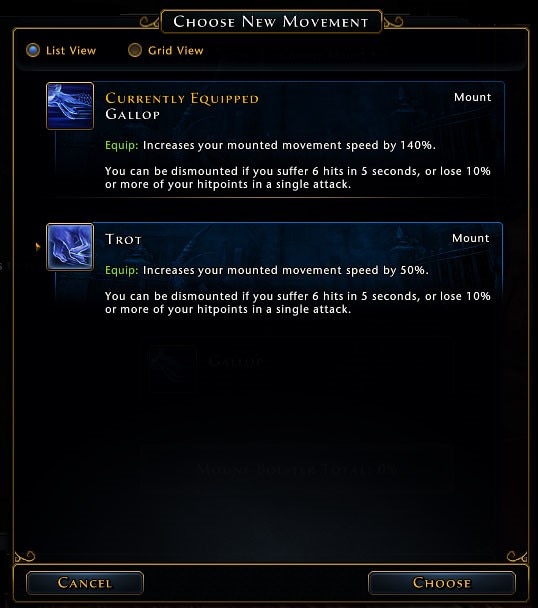 It could be tough for players to get higher quality mounts, especially legendary quality, which left some players missing out on mount combat powers all together. Now, mounts will be able to be upgraded all the way from Common quality to Mythic quality. While it may have been one of our worst kept secrets, Mythic quality mounts have now arrived.

Mounts are upgraded through Mount Upgrade Tokens which initially will be available from the Zen Market, the Tradebar Store, and from certain events such as Hell Pit.

A few changes were made to mounts to support upgrading:

Mount Passive powers were reworked to be a higher item level and grant more stats. Along with this, they also grant a large part of their stats to Combined Rating to better help players gear up overall and make it less likely that slotting a given passive power will shoot one stat far over cap while leaving others under cap. 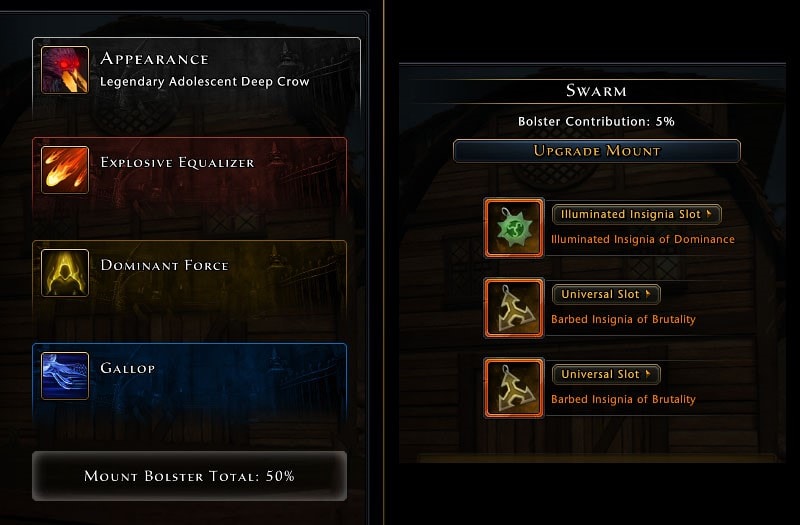 But wait, there’s more! We also wanted to add some more options and value to mounts. Your stable mounts now have a new slot which is for Mount Collars.

Mount Collars are new items that will grant benefits to your utility stats. They come in qualities from Common to Mythic and a mount can only wear an equal or lower quality collar.

One extra unique aspect of these collars is that they come in specific types. A character can only benefit from one of a given collar type at a time so make sure to get all 5 types to maximize your benefits. 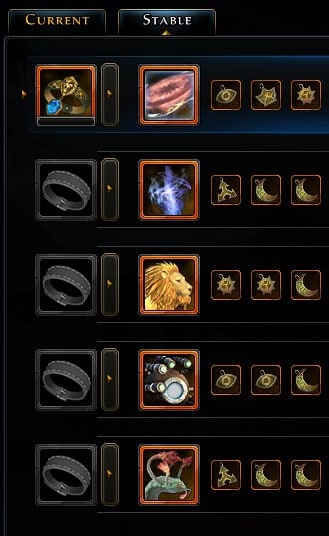 And there’s still more mores! We have lowered the cost of Mounts in the Zen Market. Epic mounts will now be 1500 Zen down from 3500 Zen.

While we were making that change, we also went forward with another plan we have been talking about for a little while. We lowered the cost of Epic Companions down to 1500 Zen and we made Companion Zen Market purchases account wide unlocks in the same way that Zen Market mounts already were.

Because they are now reclaims, companions no longer come with a Bonding Runestone.

There is one last change that goes along with all of the others. The top tier chase items in lockboxes have had their odds improved. The top chase prize is now over 3x as likely to drop!

We also wanted to make sure everyone could enjoy the new mount features right away. When the changes go live, players will be able to claim one free pack per account from the reclaim agent which will give you the following items:

That is a lot more change than we usually have for a blog. When it came to mounts, we felt it was time to make some bigger changes to make mounts as interesting and exciting as they can be.

Happy adventuring, and don’t forget to grab your free gifts when this feature goes live! The freebies will not stay around forever.