Neverwinter’s newest skirmish releases with the Heart of Fire module and introduces adventurers to fearsome rust monsters, powerful explosive runes, and the ever unpredictable Wand of Wonder wielded by Jim Darkmagic!

The Zhentarim are planning an assault on the Manycoins Bank in Protector's Enclave. They seek the fabled Stone of Golorr which is rumored to be hidden there by Lord Neverember himself. Neverember has enlisted the help of Acquisitions Inc. to protect the bank. Jim Darkmagic's new unhealthy obsession with the Wand of Wonder could be a boon or a detriment. Can you defend the vault from vicious rust monsters and cunning Black Network operatives? 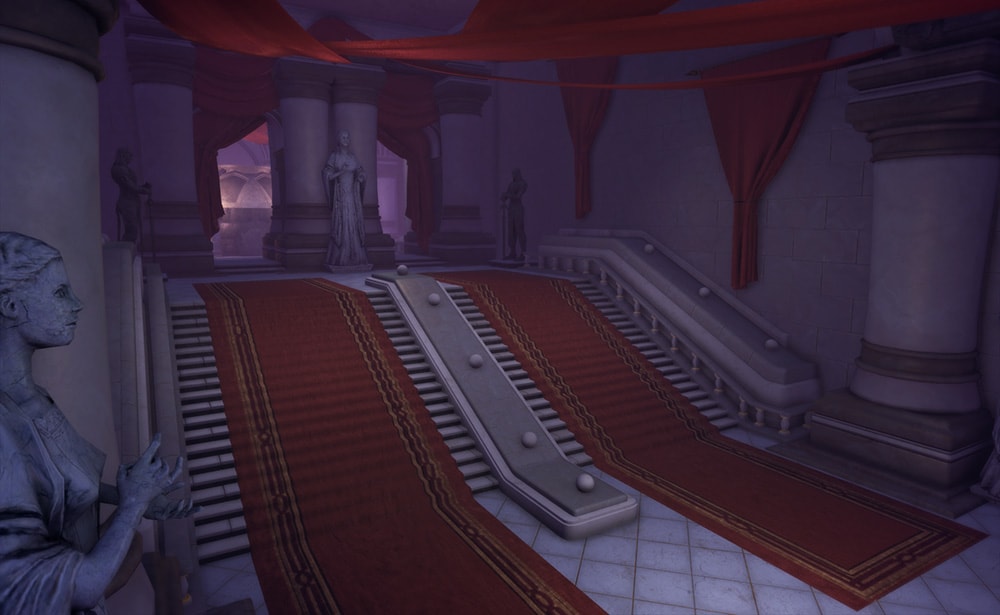 Omin Dran greets adventurers outside the Manycoins Bank in Protector’s enclave and directs them inside where Jim is preparing for the impending Zhentarim heist. As players enter, the Zhentarim begin opening portals in randomized locations throughout the bank, attempting to breach the vault after pouring in. 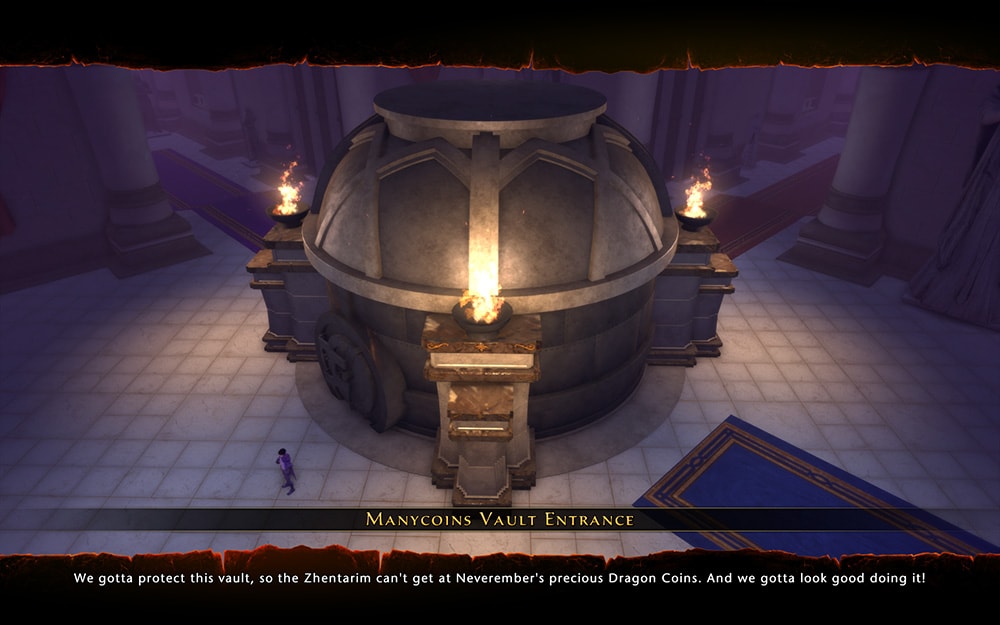 The skirmish is fought in three increasingly difficult stages, as the number of simultaneous portals escalates. The Zhentarim have come prepared with newly tamed rust monsters, hoping to compromise the fortified metallic vault.

Adventurers can collect explosive runes from fallen Zhentarim attackers and place them anywhere they choose with the interact button. The runes detonate on proximate unsuspecting foes, knocking them back from the vault. This buys adventurers precious time as they try to manage and ward off assaults on multiple fronts. 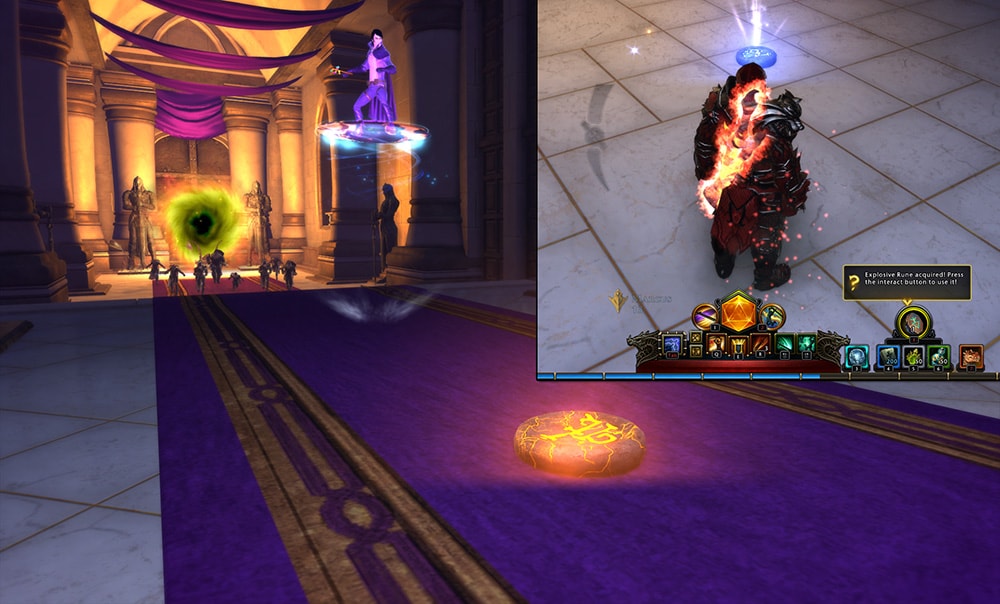 Jim Darkmagic hopes to aid adventurers with his mercurial Wand of Wonder which can be more of an obstacle than a boon at times! He really does mean well though. 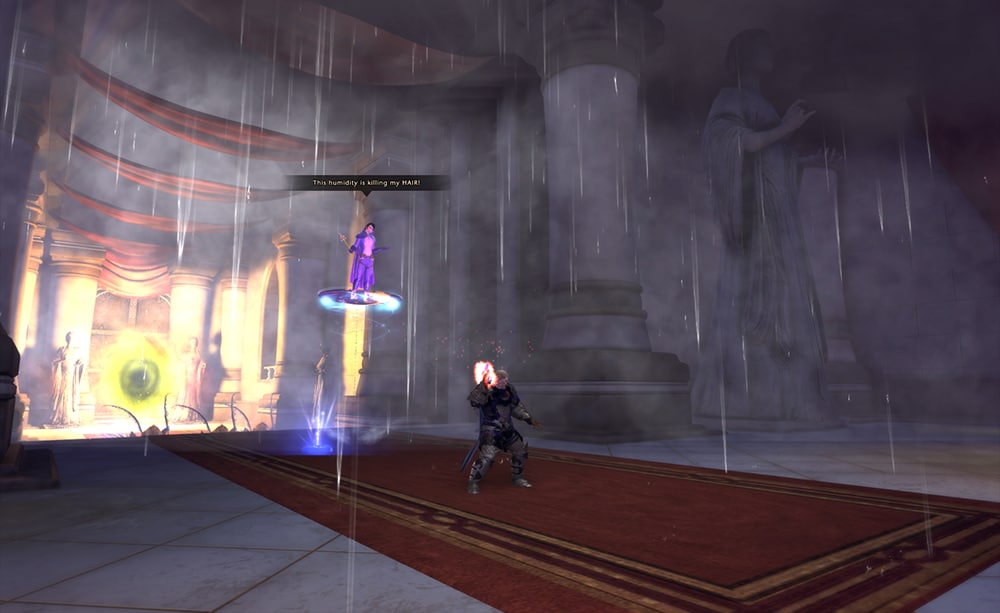 During the skirmish’s third phase, the Wand of Wonder begins conjuring volatile explosive orbs of energy that tether to adventurers and detonate on contact, causing devastating damage. Fortunately, sending one of these orbs through a Zhenterim portal will close it for good in an explosive display of glory! 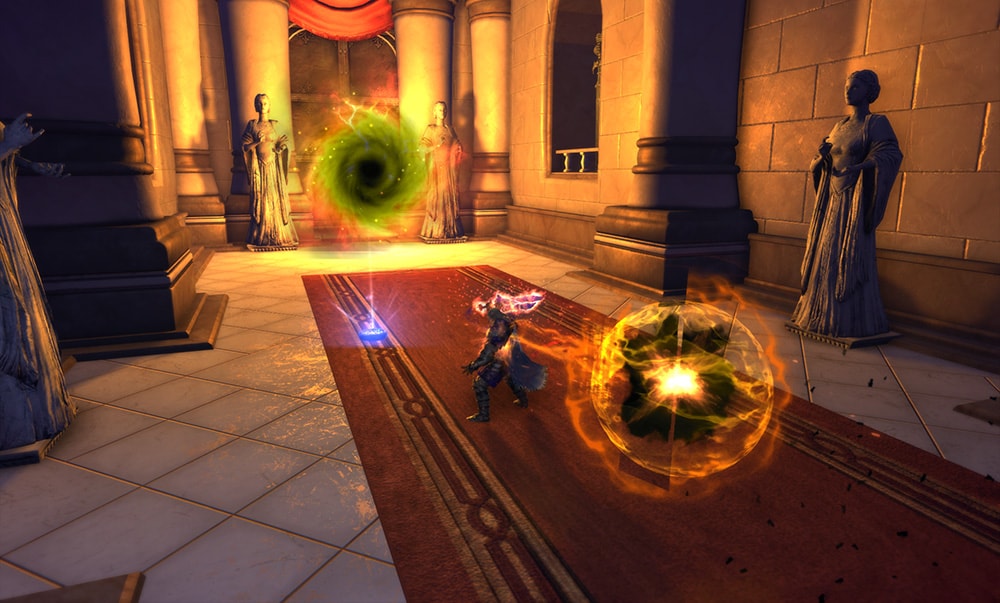 The skirmish rewards adventurers based on their performance. Mitigating vault damage in the first two phases and closing portals as quickly as possible during the third phase are key goals for maximizing earnings (vaults don’t repair themselves)! Don’t despair if you fall short of maximum compensation on your first attempt. The Zhentarim are a persistent lot and Acquisitions Inc. will surely need more adventurers to aid them against future bank heists.