The Lost City of Omu Found!

The location of the Lost City of Omu has been revealed! Adventurers from across the Sword Coast have traveled to Chult in search of a cure for the mysterious death curse that prevents resurrection and causes those brought back from the dead to slowly rot. The strange malady has no known cure, but investigations have revealed the source of the problem may lie in these jungle lands.

What Has Come Before…

SPOILER WARNING: If you haven’t played Neverwinter: Tomb of Annihilation yet, secrets from that module are forthcoming!

Departing from Neverwinter, Volo, Minsc, Celeste, and others embark on a harrowing journey through sea and jungle, causing the party to be separated. Eventually adventurers make their way to Port Nyanzaru, where they are reunited with Minsc and Volo.

They also discover the mysterious benefactor of their ship is none other than Makos! Although he was thought deceased, Makos has returned and has been researching the cause of the death curse.

Traveling into the Soshenstar River, adventurers meet a strange old woman known as Nanny Pu’pu.  She knows a magical ritual to circumvent the limitations of the death curse and bring people back from the death – as an undead! She uses it to restore Celeste – slain by one of the massive dinosaurs of Chult!

Despite her condition, Celeste takes it upon herself to spiritually guide players through the trials of the Soshenstar River, including the House of the Crocodile and opening the way to the Tomb of Annihilation itself. Solving various traps and defeating guardians in the tomb, players eventually face the yuan-ti known as Ras Nsi, all the while being mocked by the evil archlich known as Acererak!

Now, Celeste’s vision is clear and the way to the Lost City of Omu has been revealed! Adventurers are guided to a base camp on the edge of the city ruins, established by the Order of the Gauntlet under the dwarven warrior Ord Firebeard. 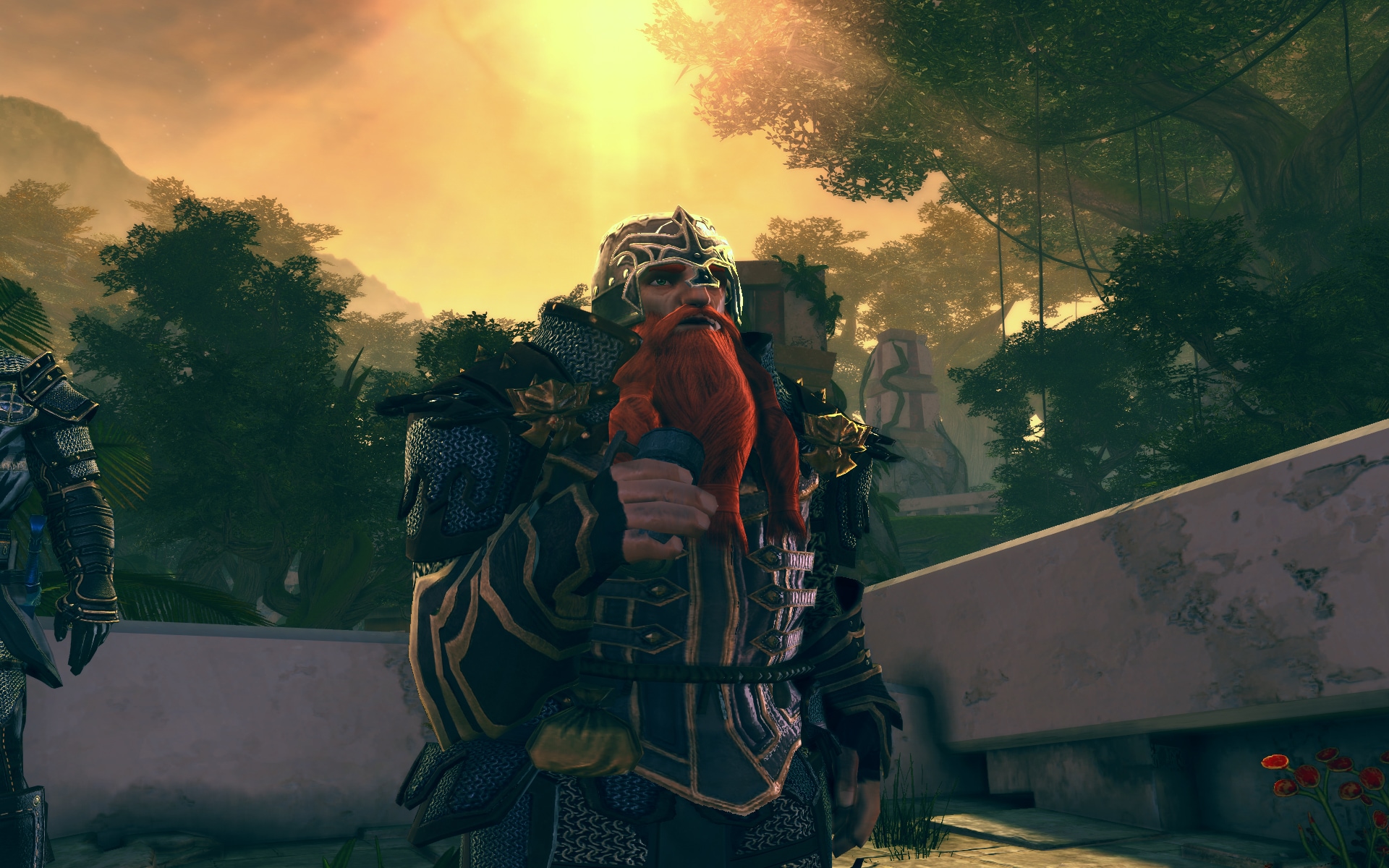 There the adventurers meet a number of potential allies. A wise Chultan guide known as Eku hopes to drive the evil from the city by coaxing the spirits of the nine trickster gods of Omu.  An aarakocra seeks to restore the royal family of Omu.  And an elderly tabaxi is guided by the Cat Lord to Chult wishes to die a hunter’s death. 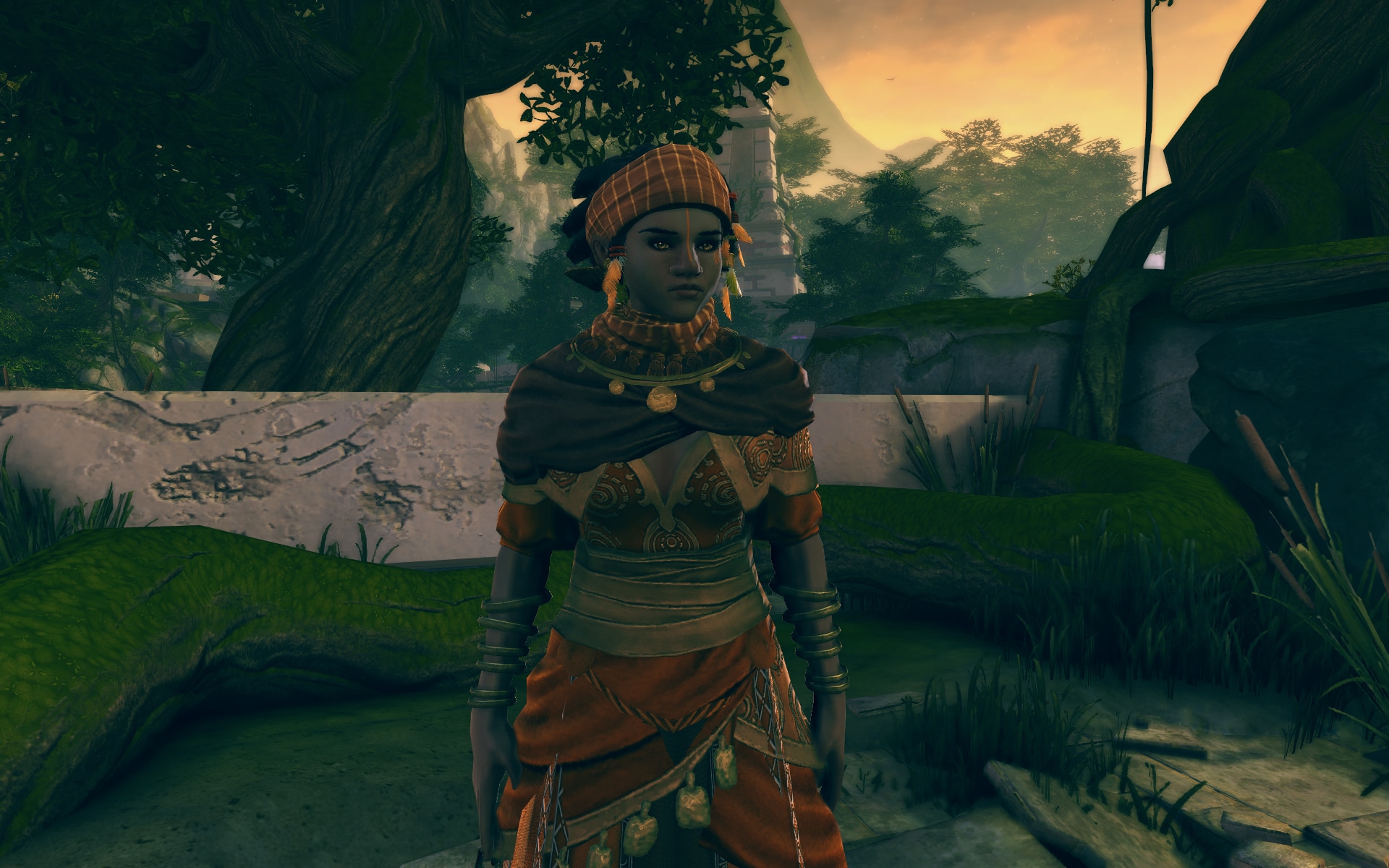 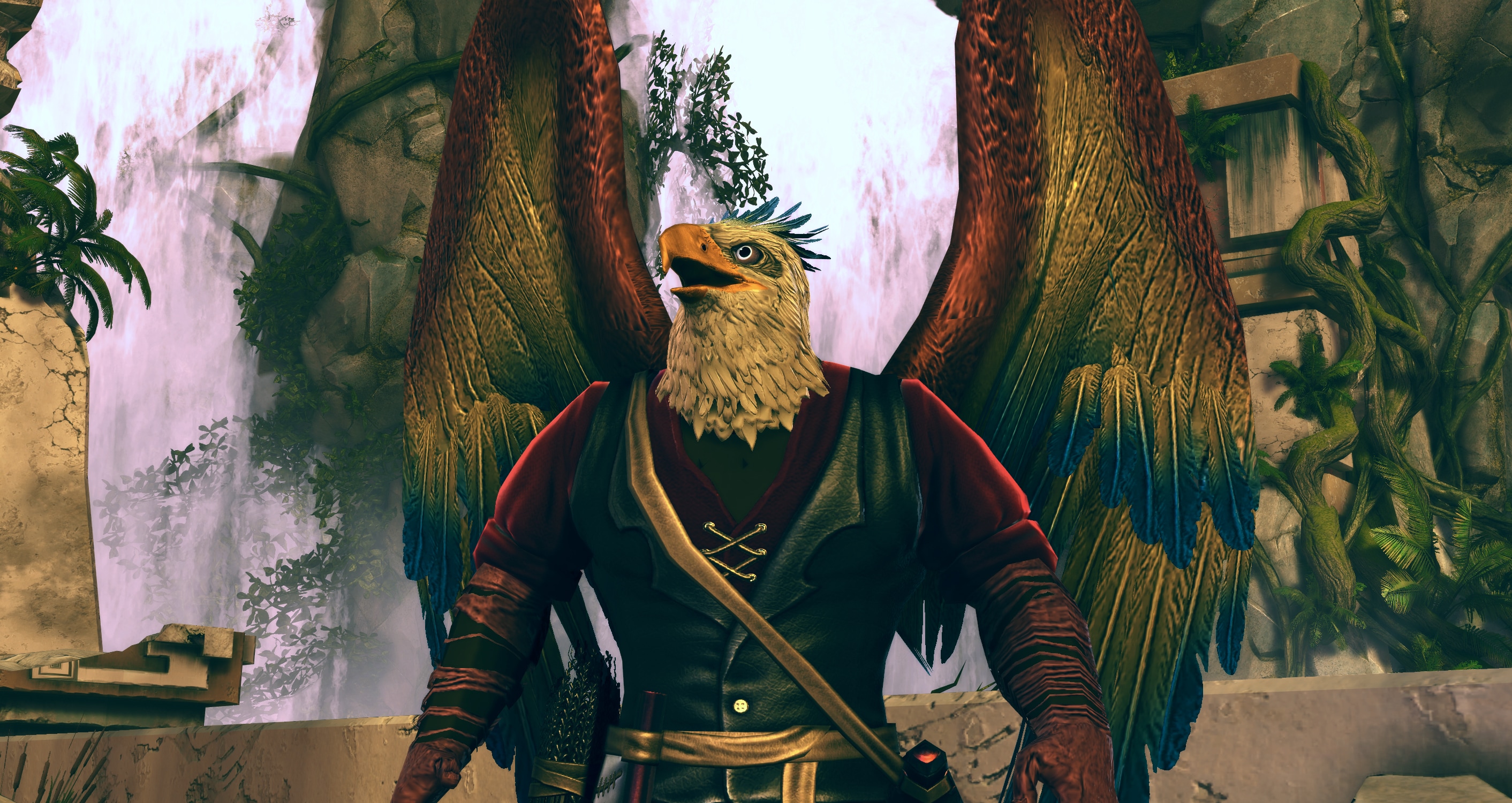 Somewhere beneath the ancient city lies a newly established yuan-ti temple dedicated to their dark god. And beyond those walls lies the deeper chambers of the Tomb of Annihilation, and the source of the death curse…

What dangers lurk within the crumbling walls of the cursed city of Omu? What must be done to earn the favor of the trickster gods? How did Makos come back from the dead, and what role does he play in Acererak’s schemes? And what evil must they face in the hidden depths of the Tomb of Annihilation? Find out in Neverwinter: Lost City of Omu!