Neverwinter’s Swords of Chult module features a new skirmish for level 70 heroes set in Chult’s usually bustling Port Nyanzaru. The merchant prince, Wakanga O’Tamu, a known collector of antiquities and magic items, has invited ruin on the city with his latest acquisition. The artifact he acquired turns out to be a powerful relic coveted by many monstrous factions, and they want it for themselves! 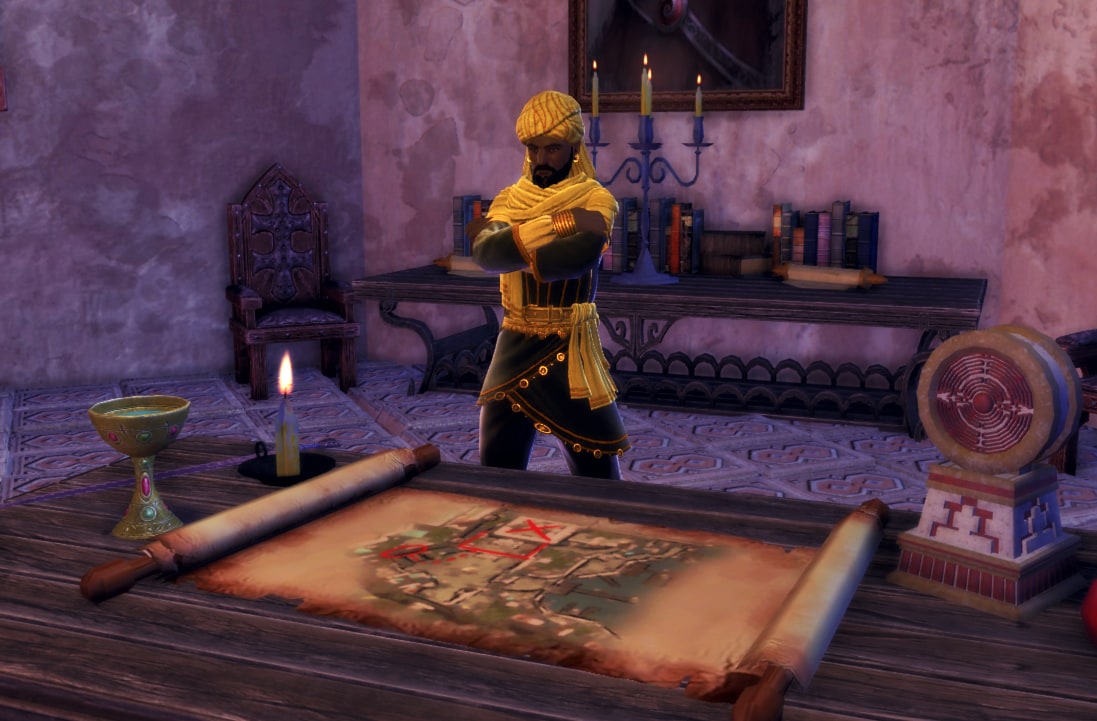 At the start of the skirmish the enemies have breached one of the three gates into this part of Port Nyanzaru and the city is overrun with monsters. Players must fight against Batiri, yuan-ti, or undead attackers to protect the city from the merchant prince’s foolish greed. 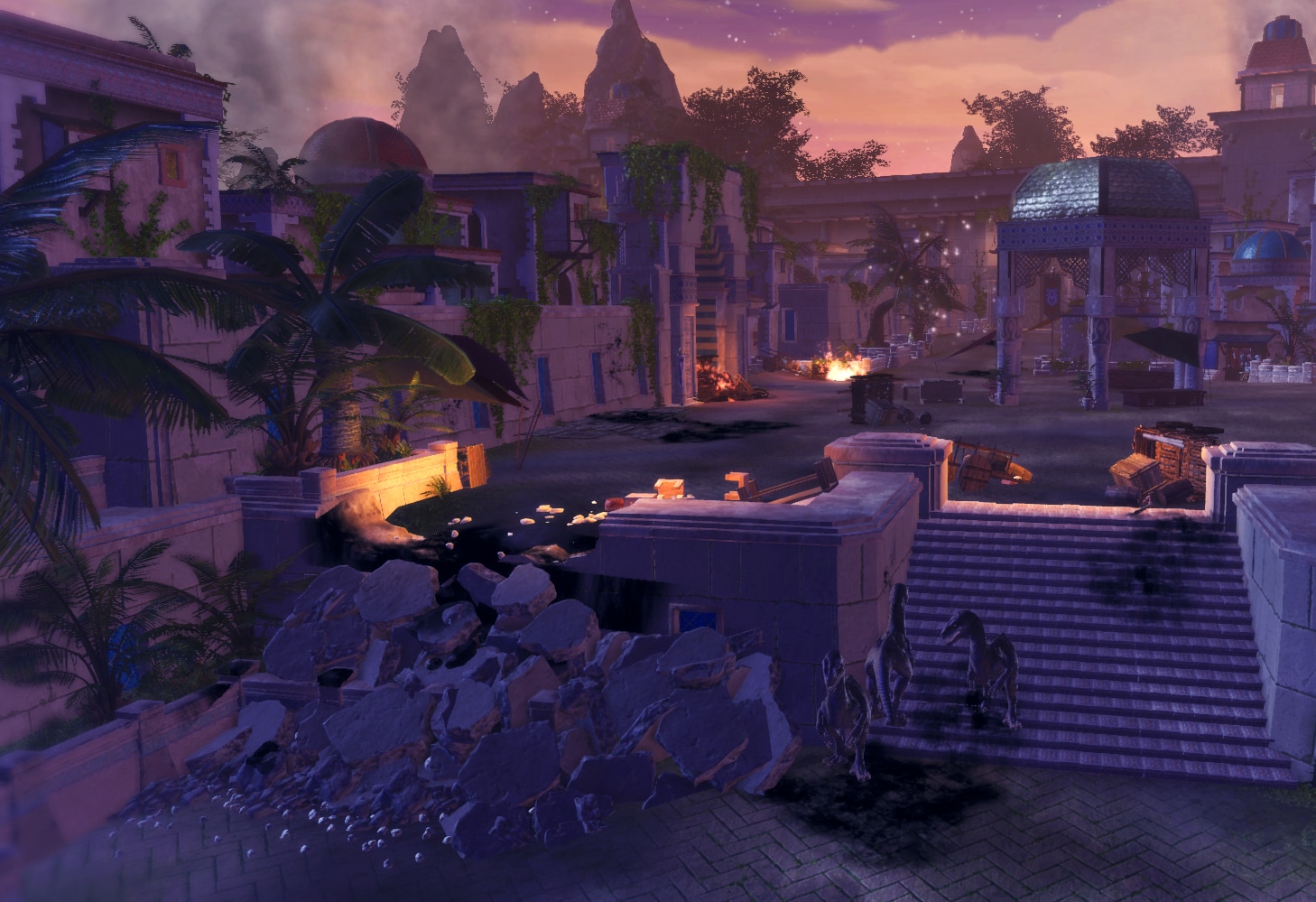 The skirmish is fought in three increasingly difficult stages, as the heroes drive back the attackers and save Port Nyanzaru. In the first stage, players must wake and arm the prince’s guards and help them secure the merchant prince’s compound. In the second stage, players need to build up barricades around the outer courtyard and protect the Royal Engineer. Finally, the party must escort the Royal Engineer to the one of the city gates and protect him while he repairs the breach. 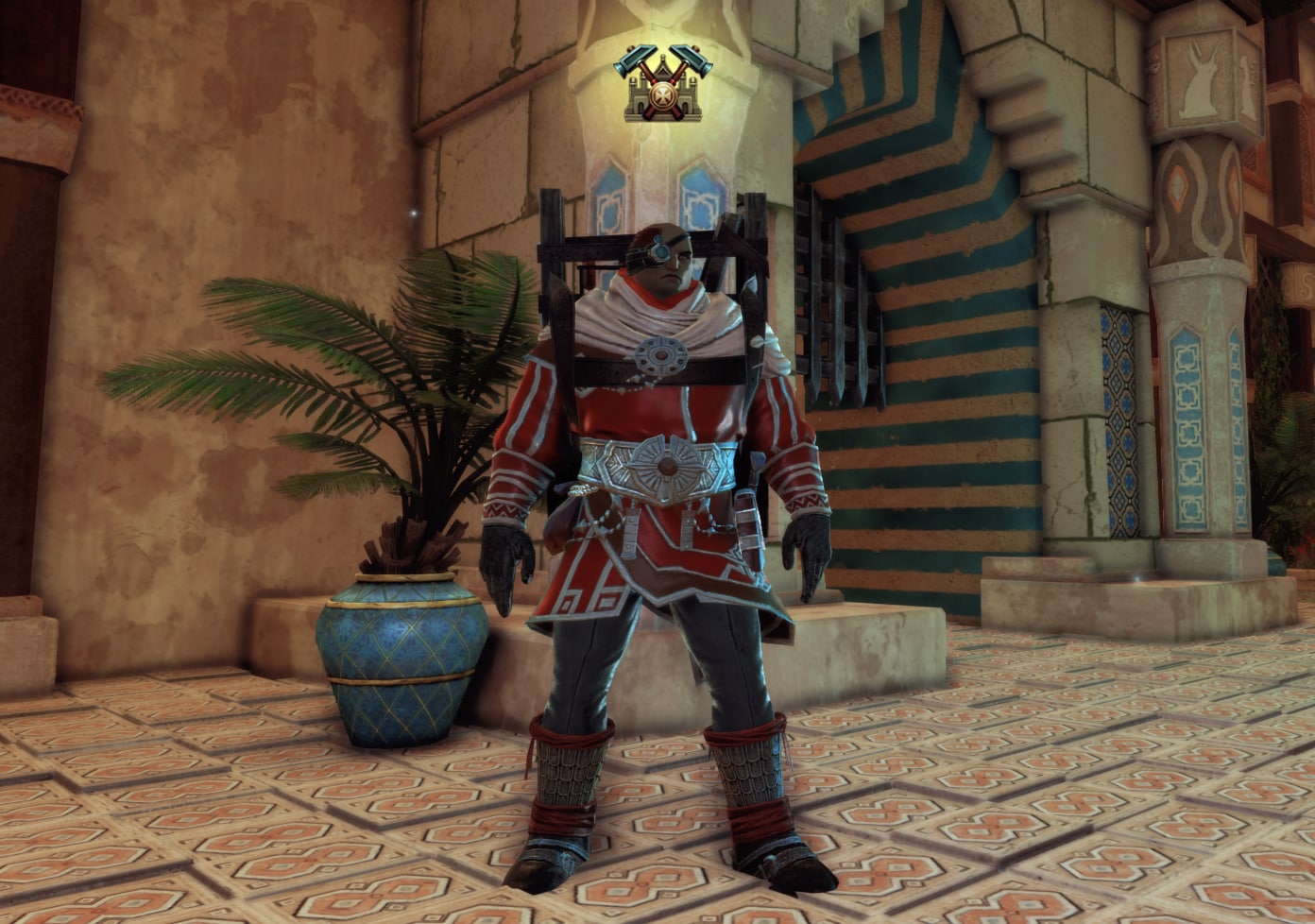 At the end of the skirmish the team is rewarded by the grateful merchant prince. Rewards vary based on the team’s success, and players with either a legendary dragon key, or a merchant prince’s key (earned from the Tomb of Annihilation campaign) can also open a chest at the skirmish’s end for an additional selection of rewards. See the Rewards blog for more information.

With the gates sealed, Port Nyanzaru is saved! At least until the merchant prince finds another tempting trinket and the brave heroes must again take up arms to defend the people of Chult! Good luck, adventurers.