Developer Blog - Awards to be Found Coast to Coast!

For those that have ventured to the new lands of Chult in hopes of fame and riches, this excitement is quickly banked with the knowledge that this isn’t just the lands of wonders, but of darkness and danger.  And in this land of peril, the locals are more than willing to pay adventurers to stay and protect their homes from the dangers that threaten their gates.

One Merchant Prince’s Folly is Another Man’s Profit

Port Nyanzaru is known for its ability to survive any assault or skirmish that comes its way.  However, that does not mean it comes away unscathed.  As the beasts and creatures of the jungles send their all to take Port Nyanzaru, only the most formidable defenders will be able to send them fleeing back into the jungles.  In the rush and havoc of battle, the Batiri and yuan-ti alike tend to lose valuable items and even powerful artifacts. Rumors have it that the gravemasters and yuan-ti carry with them ancient Skull Lord staffs, artifacts said to have been lost to time. 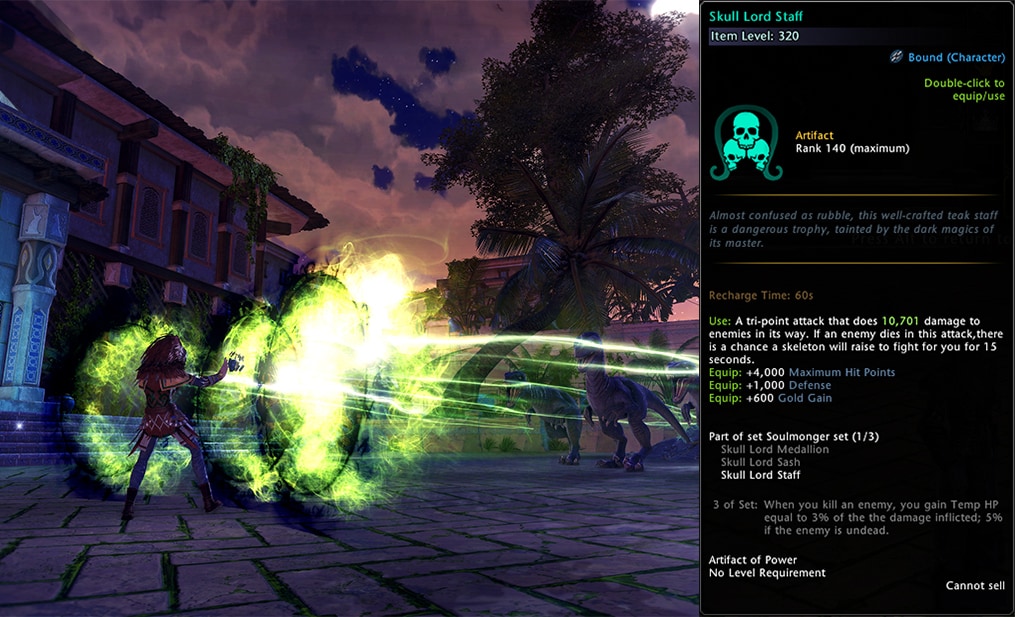 After a skirmish, the more confused and docile dinosaurs and Batiri mounts are left in the dust to be claimed and tamed by the citizens.  Mounts aren’t the only things the Batiri leave behind.  Known to desert their weaker brethren, it is no surprise to find Batiri mindlessly wondering the streets after an attack.  These little guys are quick to find new allies and even make acceptable guides and valuable companions to those that traverse the jungles. 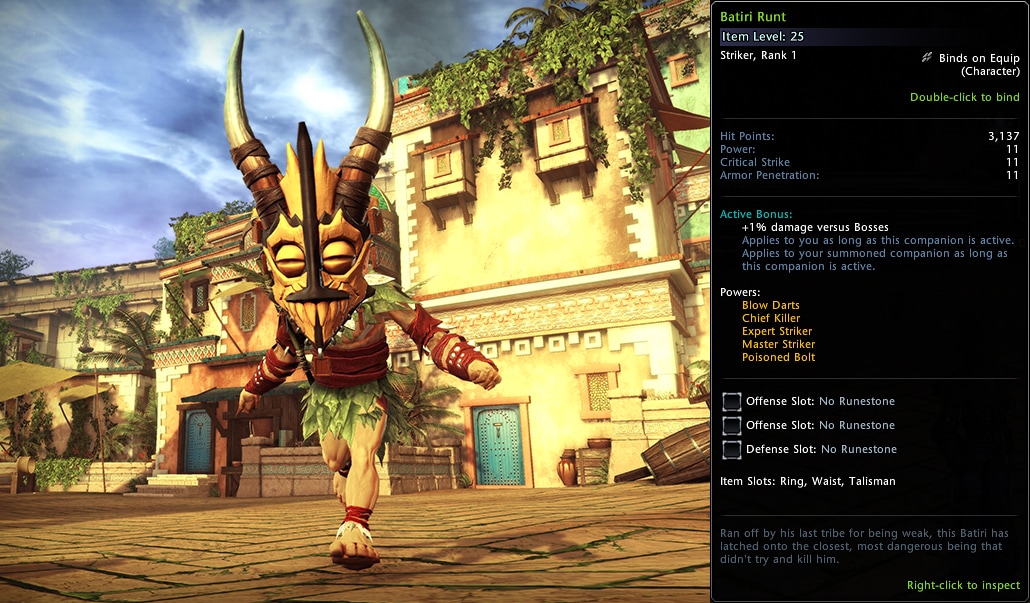 Heading Back Home to Regroup

One thing learned from Chult is that a warrior is never too prepared.  And as those that braved and survived their time abroad come back to their homes and strongholds, they bring with them the desire to be better.  But that desire isn’t the only thing that came back from Chult.  With the trades opening to Chult, one may find more unique items available in certain traveling merchants’ stores.  And don’t forget that every good traveler brings back keepsakes from their travels, and Chult has an assortment of flags and jungle themed décor to spruce up the walls and halls of the Strongholds. As the exotic and magical gear of Chult made its way to Neverwinter, some of the armorers in the Trade of Blades have attempted to craft similar magical sets of armor.  Not quite the durability or aesthetic of the exotic gear, this new Strategist gear is better equipped for a good tussle testing skills against other adventurers.  With this new armor in the Blades store, as well as new ‘management’, the Trade of Blades will be full of adventurers attempting to dominate the arenas.  With all these rewards available, now is the best time to find out who the better hero of Neverwinter is.

Discuss this blog on the forums thread!