Many adventurers have explored the jungles that envelop the Chultan peninsula. To venture beyond the gates of Port Nyanzaru is to know that one may never return again. Countless treasures, companions and monstrous mounts have been lost within those jungles. Occasionally a skilled hero does return to the city, treasures in tow, and gifts many of them to the Merchant Princes. Now, those very princes are using their treasures to entice new adventurers to their land. Behold, the Merchant Prince Lockbox!

This lockbox will be available in the game on July 25.

To open a Merchant Prince Lockbox, you’ll need an Enchanted Key. Keys are available from the Zen Market or, if you’re a VIP member, you get one new key for free every day. 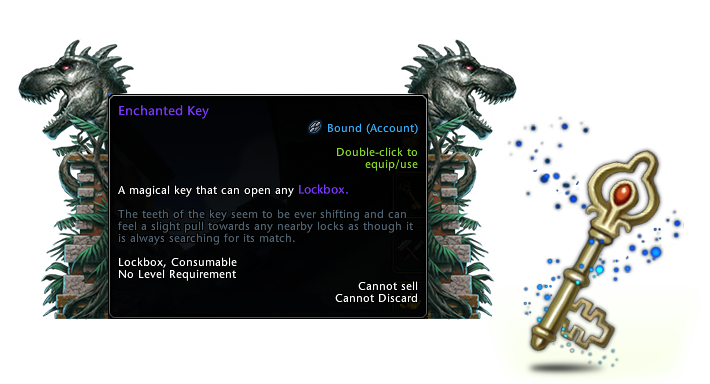 Powerful civilizations once dominated the lands of Chult. They tamed the many creatures to fight by their side, the most impressive of which was the Warpainted Tyrannosaur. A giant beast daubed in vibrant tribal war markings to strike fear in any who should be unfortunate to see this monster descending upon them.

Not all heroes preferred the intensity of the war paint. For them, there was the Commander Tyrannosaur a dinosaur as fierce as the Warpainted Tyrannosaur, but in its natural, unpainted state. Anyone who discovers this legendary Tyrannosaur will get their choice of which version they wish to receive.

Designer’s Note: When creating mounts, we explore what the best, most exciting, visual will be. With the Tyrannosaur, the artists created amazing painted and unpainted variations. As a team, we simply could not choose one as better than the other. So for this special case, we decided to give them both to the players and let you make the choice!

These creatures serve as swift and powerful mounts to those they finds worthy:

* Legendary mount speed
* Equip Power:  Fierce Predator (+2,000 Power and Armor Penetration)
* Combat Power: Tyrannosaurus Rex’em (Your Tyrannosaur rushes into battle causing fear within your enemies, rooting them for 5 seconds and lowering their defense by 10% for 10 seconds. If the target is so unfortunate as to be a minion, your Tyrannosaurus will flip them into the air and devour them!) 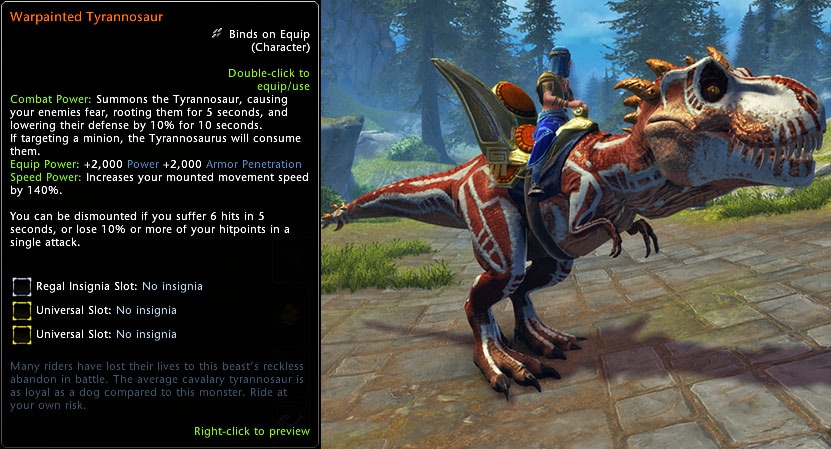 If having a dinosaur carry you into battle isn’t enough, you may also find a Tamed Velociraptor companion a valuable ally in combat. Smaller than the Tyrannosaurus, but packing as much ferocity and devastating pounce maneuvers, the Tamed Velociraptor is not to be taken lightly. 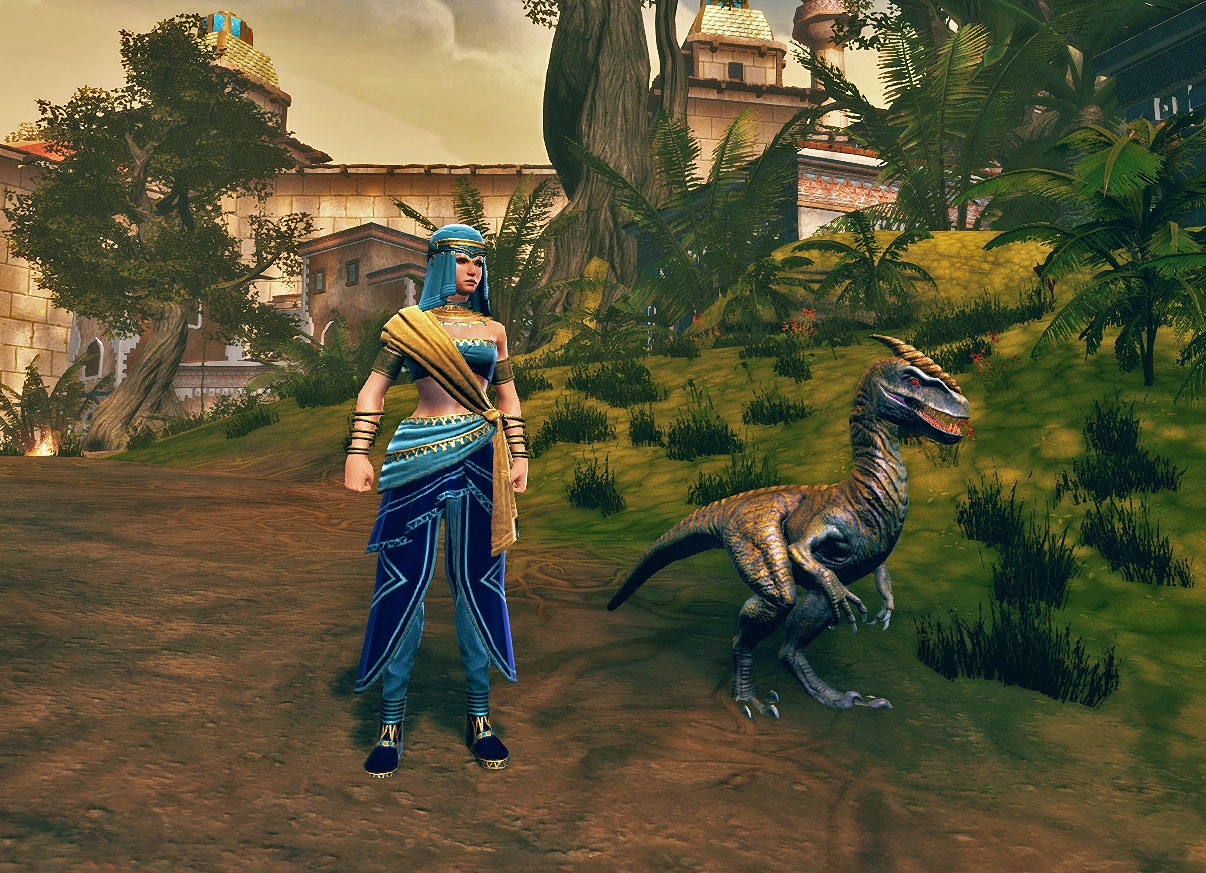 Dinosaurs are not the only rewards in the Merchant Prince Lockbox. Several other packs can be found within:


May the goods within the Merchant Prince Lockbox help you prevail where others have failed. And may you always find yourself with a dinosaur beneath your feet, but never behind your back!