Tradd “Dreadnaught” Thompson here today to talk about some of the enemies you’ll be coming up against in Neverwinter’s River District, a new high level zone overrun by powerful evil wizards and their devoted followers. Seasoned adventurers may notice some familiar foes from bygone times in addition to new ones, and they’ll be working together to present formidable challenges to even the strongest adventurers.

The baddies of the River District can be divided into three main categories: the minions of Gyrion, Kabal, and Nostura. Gyrion’s group primarily associates with the Spellplague, consisting of Plaguechanged and Order of Blue Fire enemies. Kabal’s followers identify with iron and fire, including fire archons, golems, animated weapons, and Eldritch Knights. Nostura enlists magical beasts and the Fey, such as dryads, and trolls. The Nashers have also made an appearance, providing an additional threat to the area. 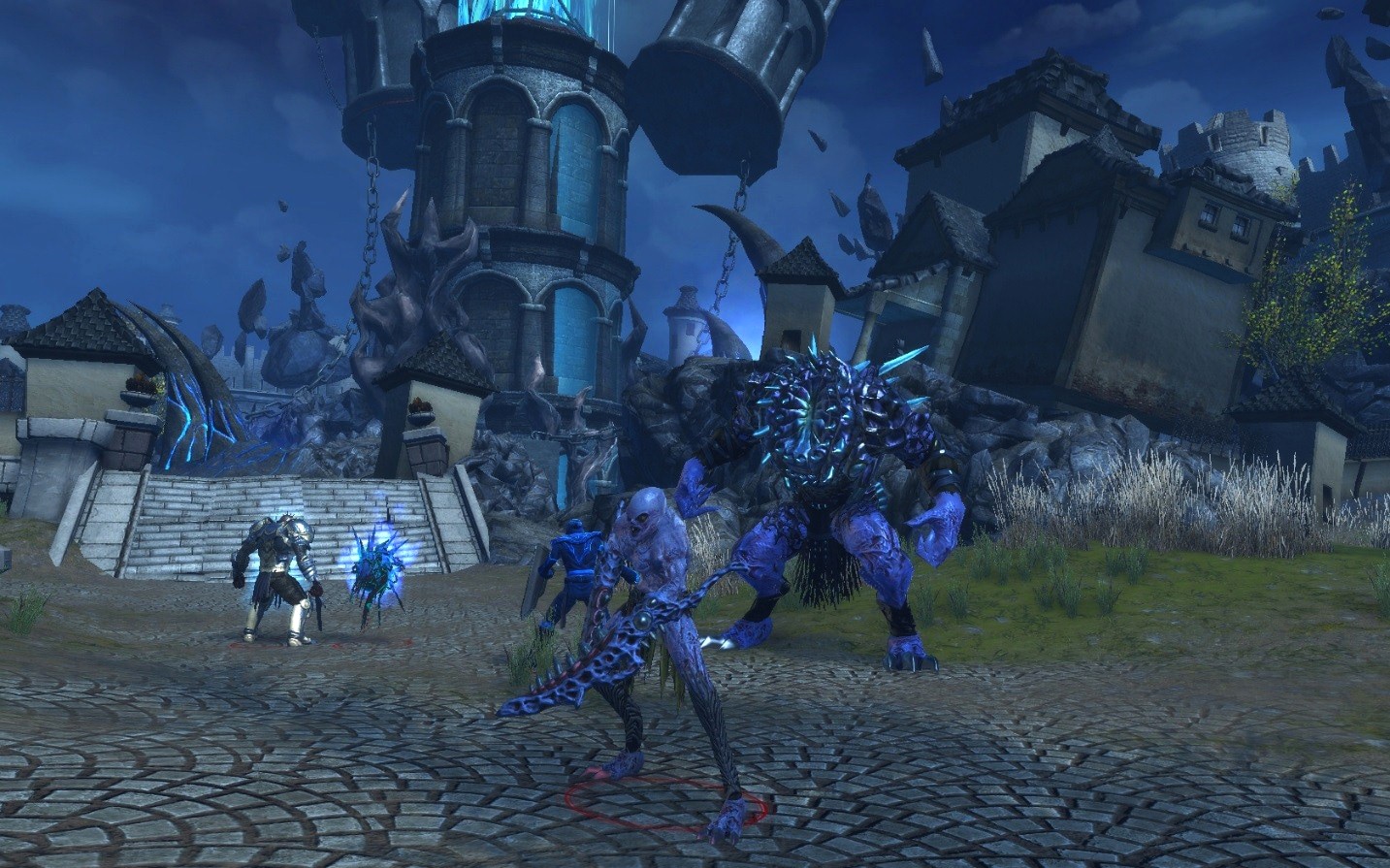 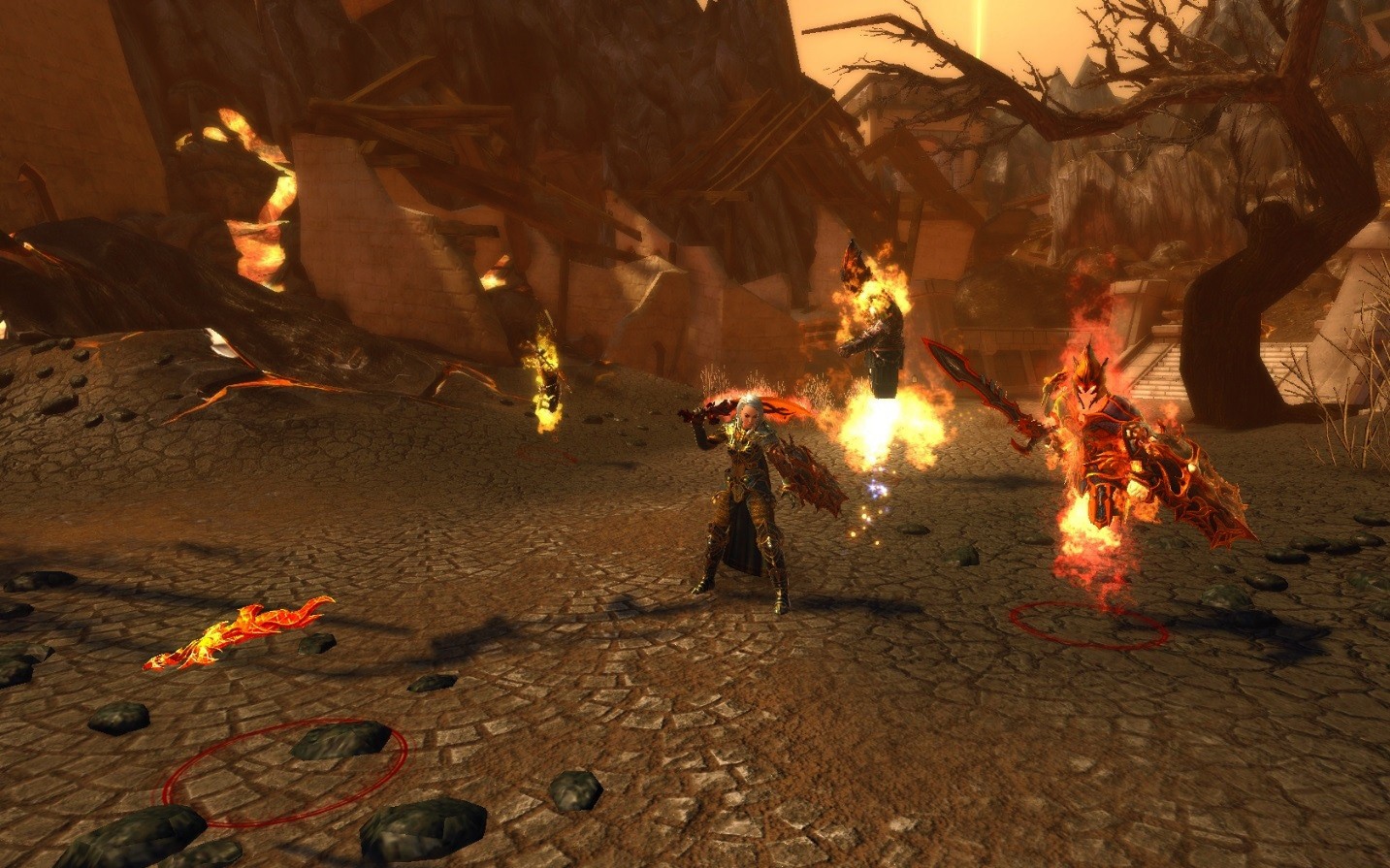 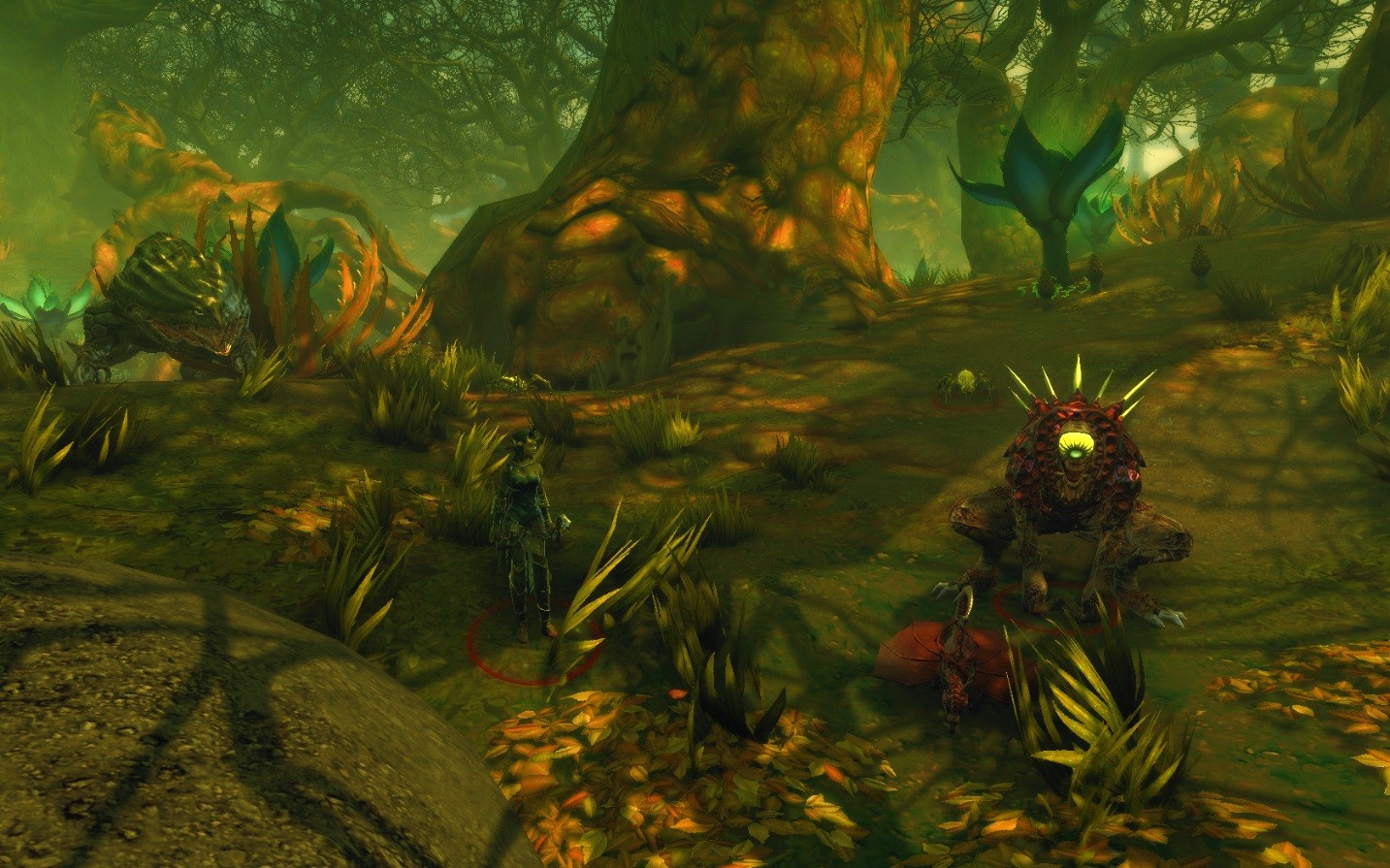 While the minions occupy the district, their masters reign from their towers, each with their own claim to the territory. Should you gain access to one of these towers, you will be able to face off against the wizards themselves. Besting these powerful beings will be no small feat, but worth your while if you have the strength and wits to do so, with rewards such as new companions, materials for new artifact weapons, and other sweet loot. 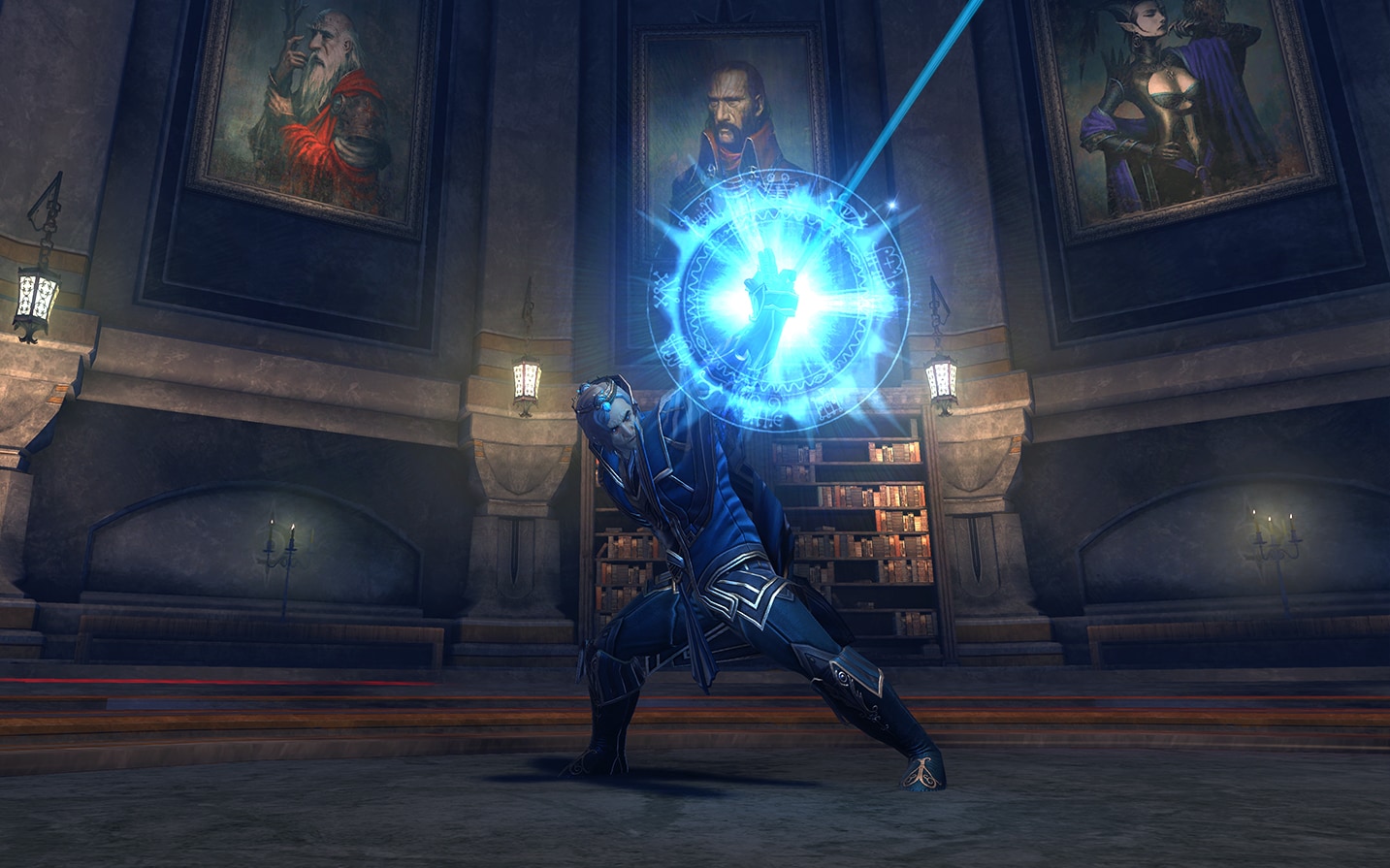 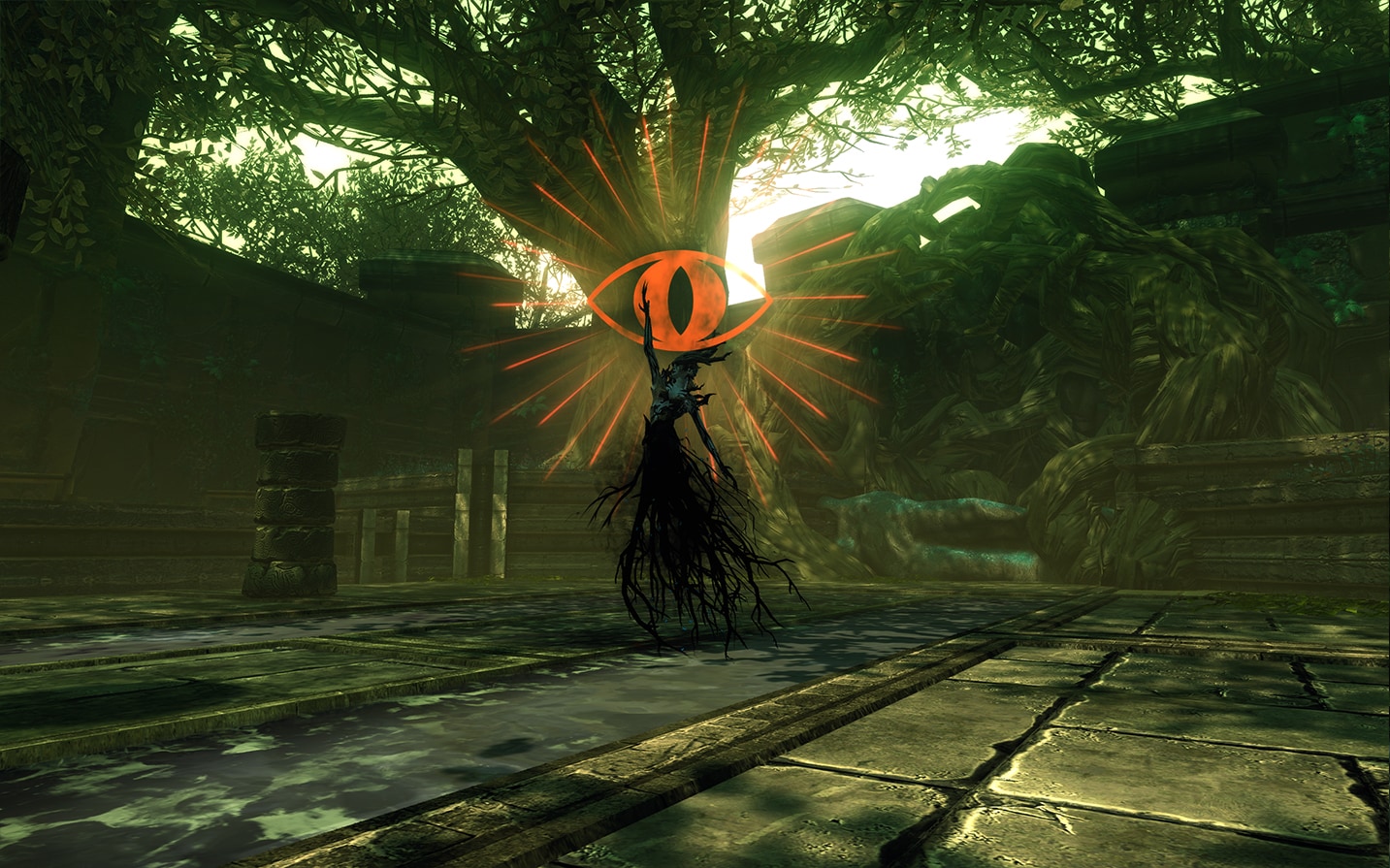 Conquering these new foes only begins here in the River District. The conclusion to the battle against the wizards and their minions will take place in the Spellplague Caverns, which we’ll discuss in further detail in the next couple of weeks, where adventurers will be tested to their limits as they witness the wizards’ true power. So start your preparations now, and good luck in advance in your fight against the villains of the River District!