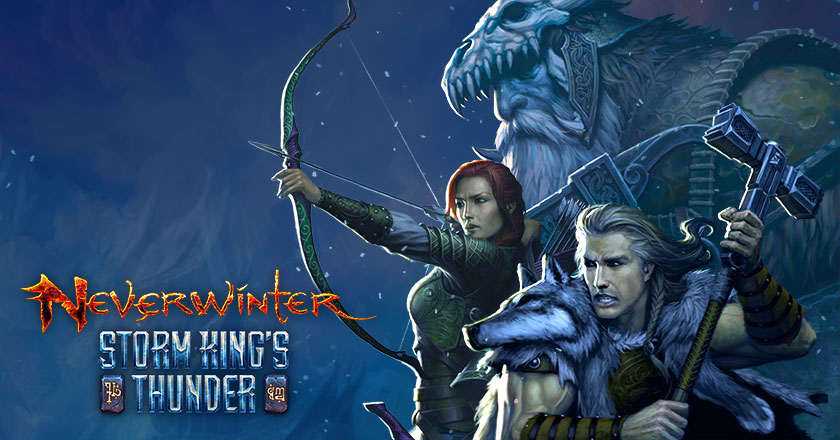 Storm King's Thunder Features - Let's talk about the kinds of things you'll be doing in this new expansion.

Class Balance: Hunter Ranger - With the Hunter Ranger, it was apparent from combat log data that they lag behind other DPS classes a fair amount in Dungeons and other end-game content.

Class Balance: Scourge Warlock - The Scourge Warlock presented a different, though similar, set of problems to the Hunter Ranger. While not dominated solely by one build, the second build relied on bugs to be viable.

Bryn Shander - Adventurers will be tasked with saving Bryn Shander from certain destruction and unraveling the mystery behind who attacked the walled city.

Campaign Details - As with our larger storylines, this expansion introduces a new campaign to track progress through the story.

Fury of Fangbreaker - Learn about all the new bosses you'll face in the new dungeon, Fangbreaker Island.

Environment of Bryn Shander - This map has two major areas, the inside section of the city and just outside the southern gate in the tundra.

World Building of Lonelywood - Lonelywood is a very specific area in the D&D world so it had to meet certain specifics but within those parameters we were pretty free to creatively explore and create.

Cold Run - We're here to show off one of the new zones coming in Storm King's Thunder, Cold Run!

Story of Storm King's Thunder - We're here to give you a little insight into the story and background of our upcoming expansion, and how it ties into Wizards' release.

The Runic Lockbox - Inscribed with runes of power similar to those of the Frost Giants, this lockbox contains many new additions to the top and lower-tier contents.

Relics of Ostoria - Ostorian Relics are hidden in Storm King's Thunder and represent a new system to increase your power.