The Dimir Assassin epitomizes House Dimir, capable of setting up their enemies for devastating combo attacks and always fighting on their terms with a strong sense of control before exploiting a weakness to catastrophic effect. Now, that power can be yours! Starting with the launch of PC Open Beta on March 23, 2021, pick up a Dimir Assassin Booster Pack for 300 ZEN in the Magic: Legends in-game store! Alternatively, the Dimir Assassin class, Nightveil Stalker Spell, and Dimir Assassin Costume are also available in the free and premium tiers of the Battlepass at Level 50! 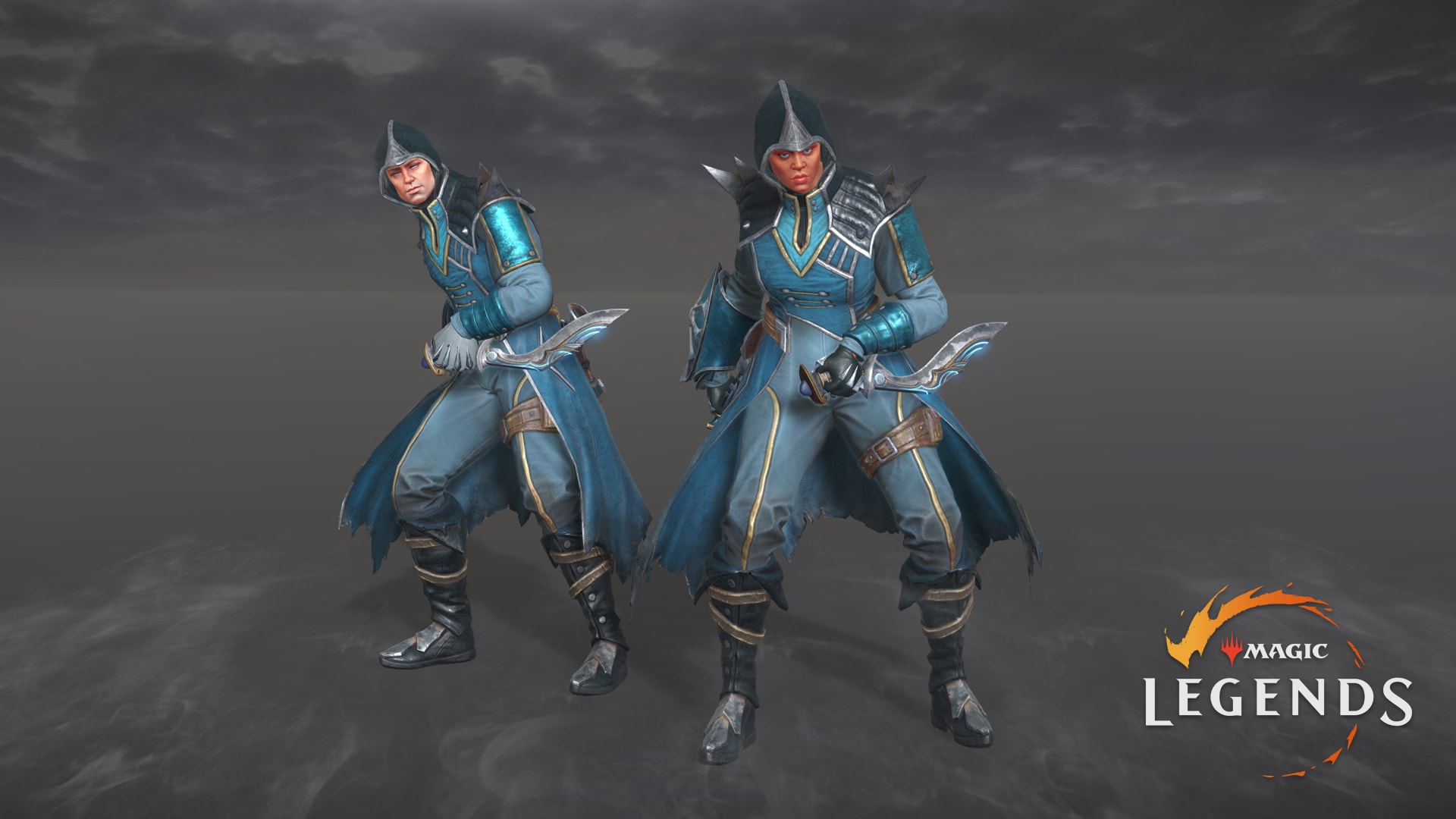 
The Gold Tier prizes include the Dimir Trait, Spell, and Artifact Unlock packs. You can choose to claim an unlock from these packs for your own character, or sell the unopened packs themselves on the Consignment Broker.

Claiming the Dimir: Trait Unlock pack allows you to select one of the following traits for all characters on your account:


Claiming the Dimir: Spell Unlock pack allows you to select one of the following spells for all characters on your account:


Claiming the Dimir: Artifact Unlock pack allows you to select one of the following artifacts for all characters on your account: