Tazeem: The Art of Environment

During the development of Magic: Legends, our team has taken on several world-building challenges that go well beyond that of a standard 3D game. Today we will be talking about the development of Tazeem, a lush jungle continent located on the plane of Zendikar. As the third region we built out for the game, Tazeem tested our knowledge and learnings from developing previous regions. Each region we approach, like Benalia and Shiv before them, has presented a unique challenge to overcome and Tazeem has been no exception!

In a game with free camera movement, artists work extremely hard to make everything look amazing regardless of orientation. This means everything must look great in both vertical and horizontal spaces, where the camera can rotate around them. The camera angle in our game focuses in on the lower hemisphere of the world, which means our artists must convey the appropriate feelings of a region, from wild grandeur to claustrophobic areas, using the ground space and below without added verticality. Tazeem is covered in dense foliage, the composition of which creates a thick jungle canopy that obscures the ground below. Our challenge was to communicate the feeling of being hidden underneath this canopy without being able to actually look up and see it. We also had to make sure that treetops didn’t obscure the camera view of the playable space. Our team of environment artists came up with a few clever solutions to give the illusion of the jungle canopy we needed.

The first solution is an old stage lighting trick called a gobo, where a stencil cut-out of a tree canopy is placed between the light and the stage. When light shines through and a gentle sway is added, the shadows feel like you are among the trees.

The second solution he discovered was to place thin vines that span the vertical space of the screen giving the illusion of added height. After adding the vines, he experimented with how far he could push this approach. He added thicker vines and tree trunks that extended up past the camera. The cumulative effect makes walking the paths through Tazeem feel like they’re bathed in jungle. 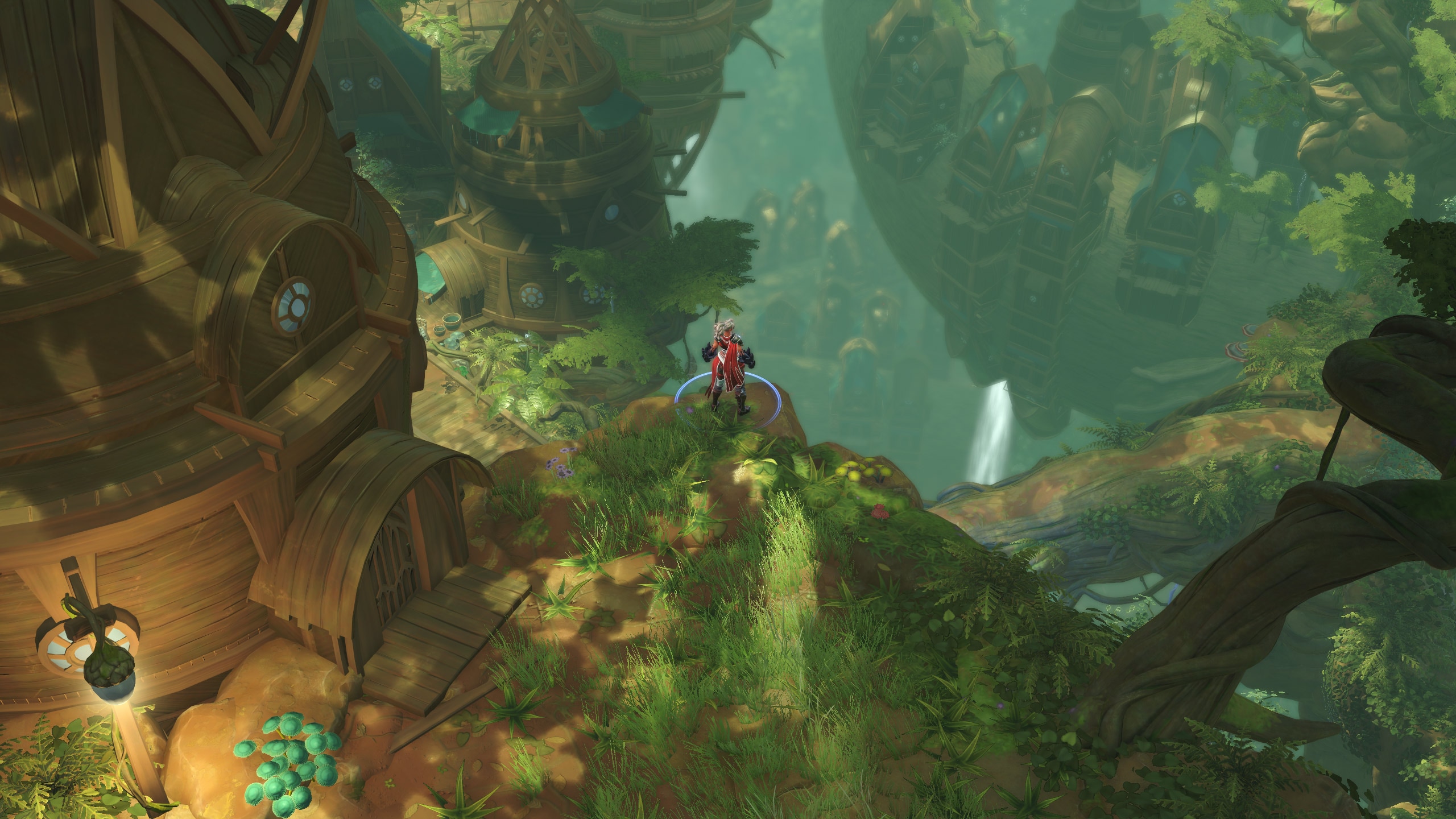 Your Place in the Sky

While building a world like Tazeem, it is necessary to capture the immensity of the ethereal expanse without the ability to look into the actual sky for reference. We really started to experiment with new ways to show a sense of depth and volume in our immense vistas. We rediscovered the use of negative space to show our vistas. We may not be able to look up, but we can look down. To maximize use of this space, we utilized a strong silhouette which does more to capture a scene than almost any other technique. We implemented atmospheric fog that thickens or thins based upon the perceived distance of an object. This increases the contrast between the background and foreground, really helping the foreground pop from the scene. 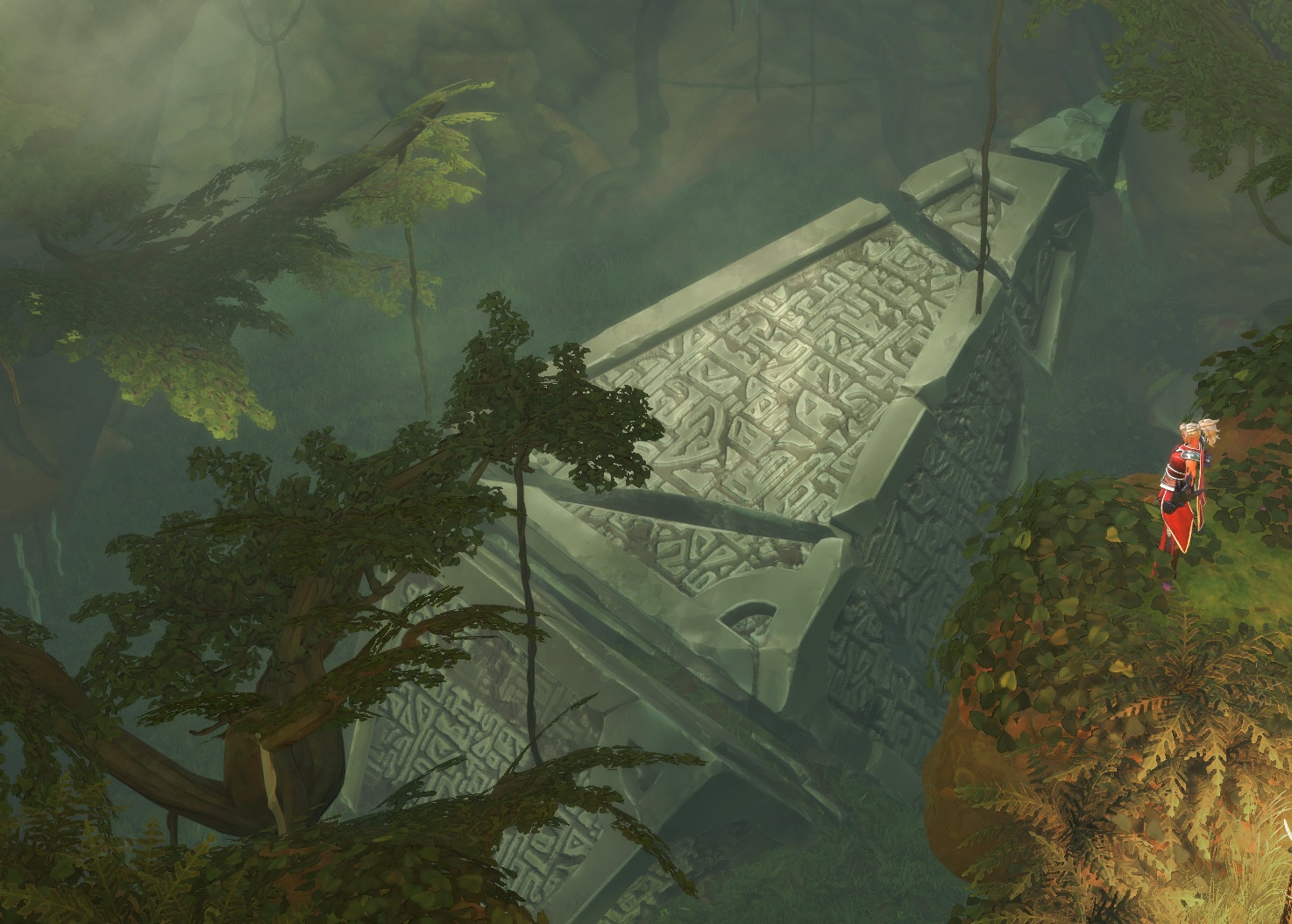 The lighting in Tazeem spans a wider array of colors than Benalia and Shiv. Scenery shifts from sunny days under a humid jungle canopy to dark areas filled with bioluminescent light. In addition to that, Tazeem features aquatic areas that house Zendikar’s Merfolk. In order to bring the continent to life, we needed to embrace the vastly different lighting needs of these areas. That meant we had to assess each area and ensure the shifts in lighting properly guide players along the many defining trails and paths of Tazeem. We took extra time to make sure the thickness of the canopy was conveyed by the dappled lighting, which darkens as the canopy grows and players delve deeper. From there, lights emitted from the surrounding area must be sparse enough to preserve the darkness while also giving enough of a visual trail for players to follow. 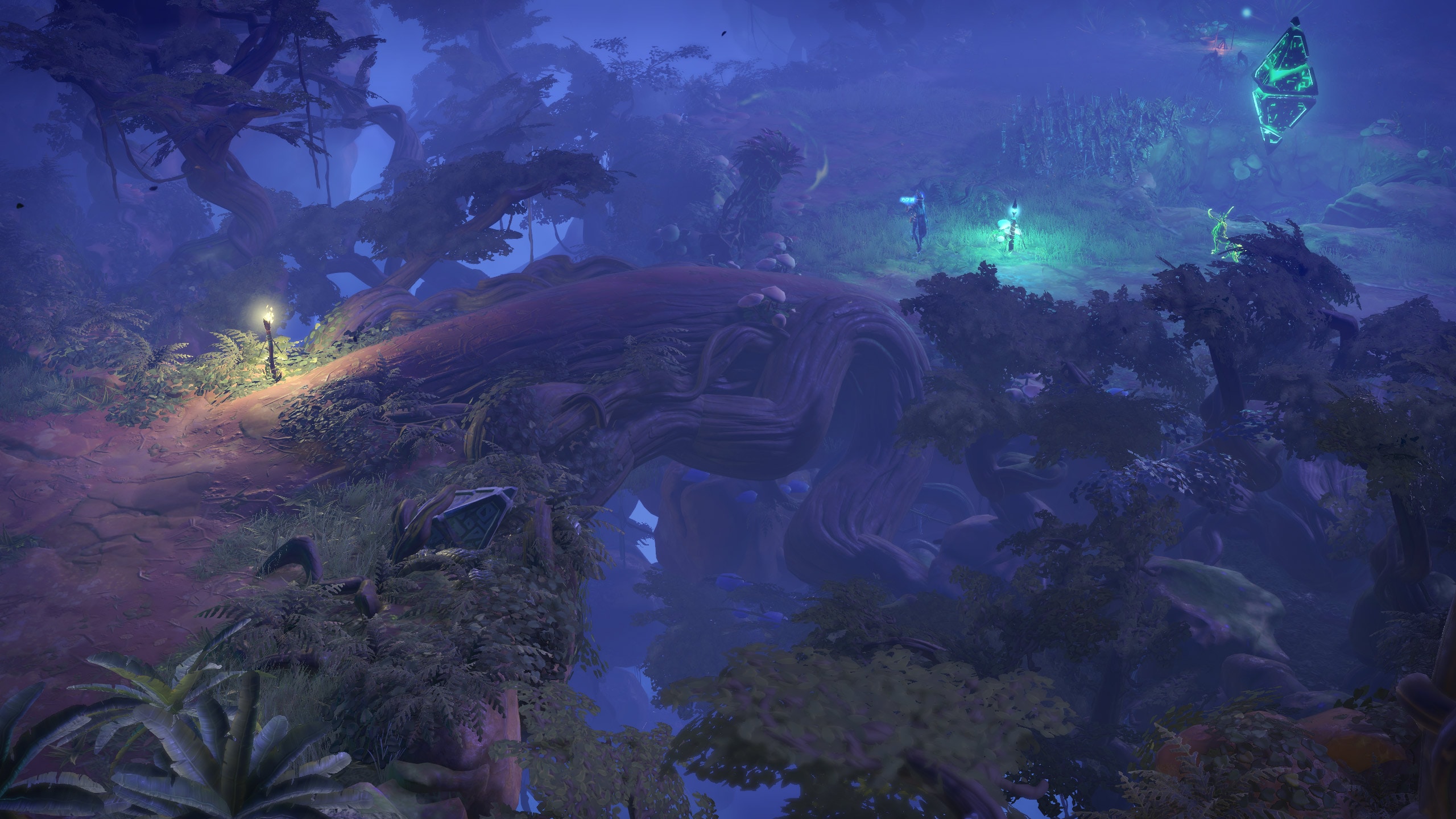 As a quick recap, our time developing Benalia and Shiv helped us define our artistic processes for building near and far spaces visually. Through trial and error along the way, we also developed a process for creating vista-defining silhouettes. Tazeem further challenged us though and required us to build out a solid lighting process that conveyed a jungle canopy while ensuring players could effectively navigate the region. 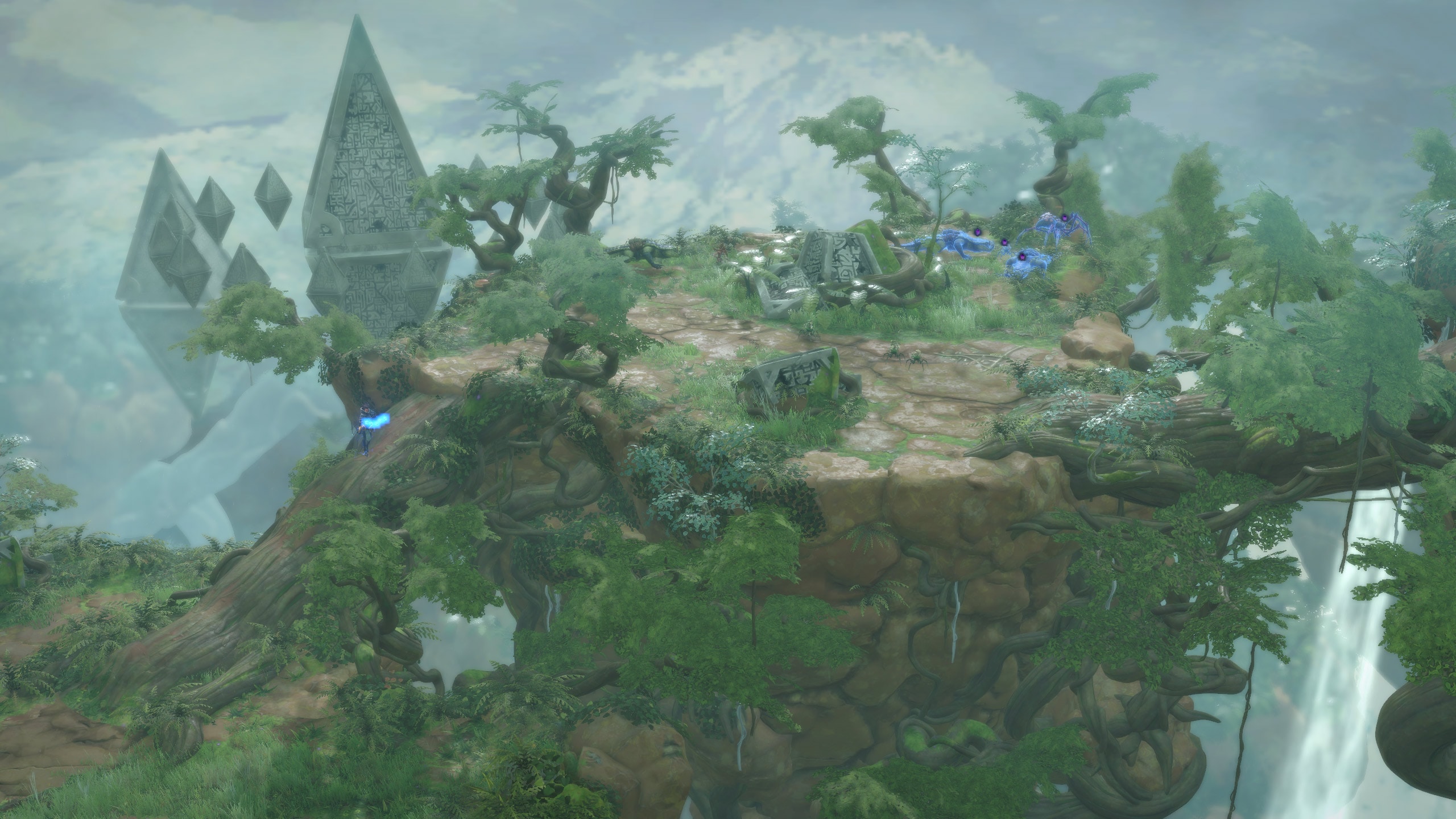 In summary, our findings on lighting, depth, and silhouette converge in Tazeem, further defining our overall process for the art of Magic: Legends. By taking a cinematic approach, maximizing a sense of distance, and paying close attention to environmental transitions, we can bring the stories of different regions and planes to life – and there are so many stories left to tell. 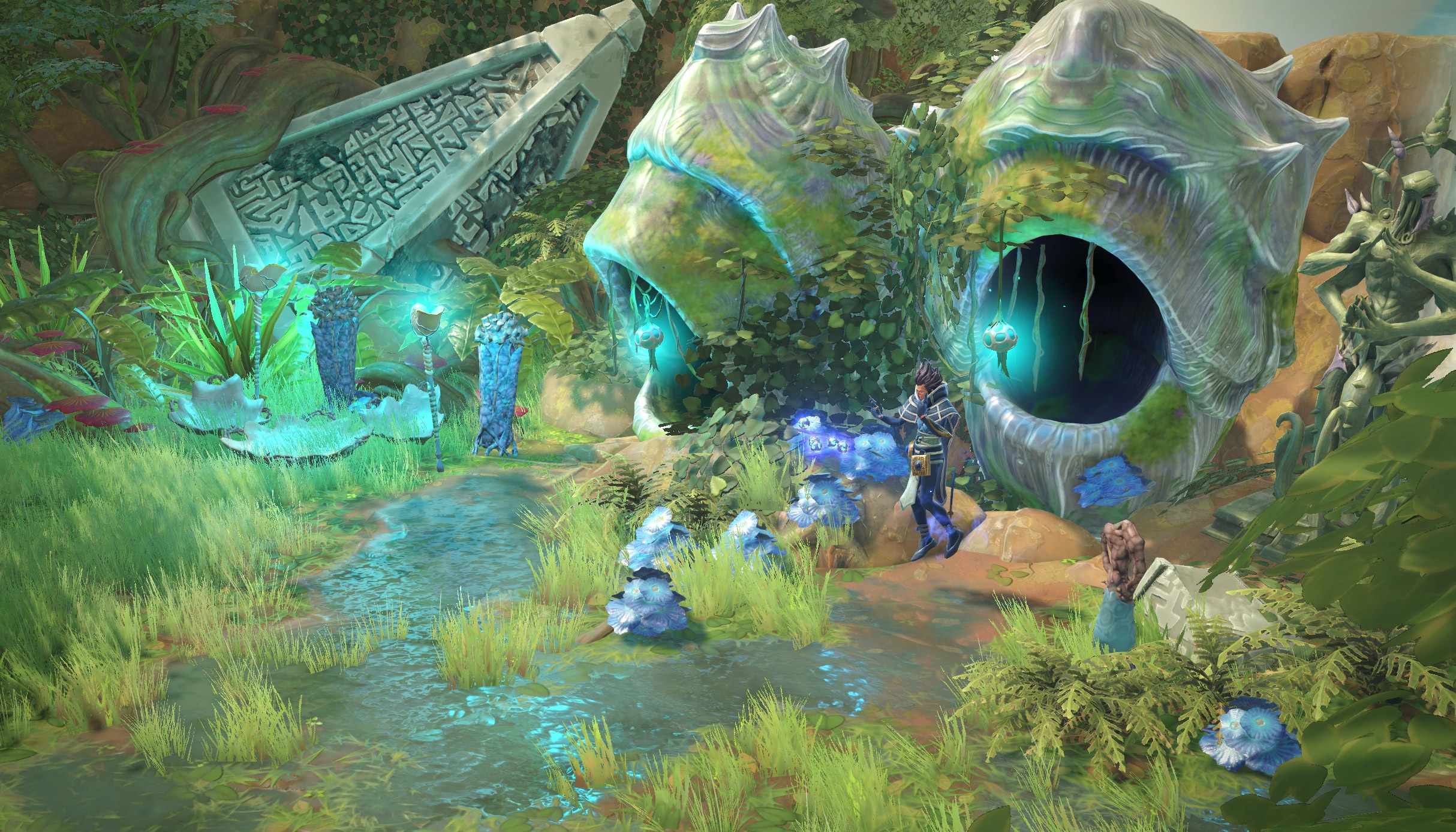 We can't wait to see you in Tazeem!