Let’s do the time warp again! Time to flashback, so look for Collector, Arcane and Toybox lockboxes to drop as you beat down baddies. Meanwhile, the Mayhem lockbox contents find their way to the Collector store. 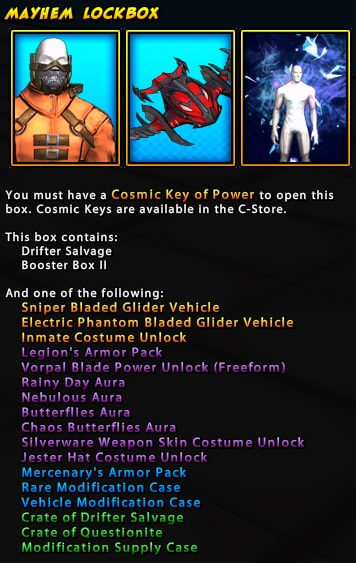 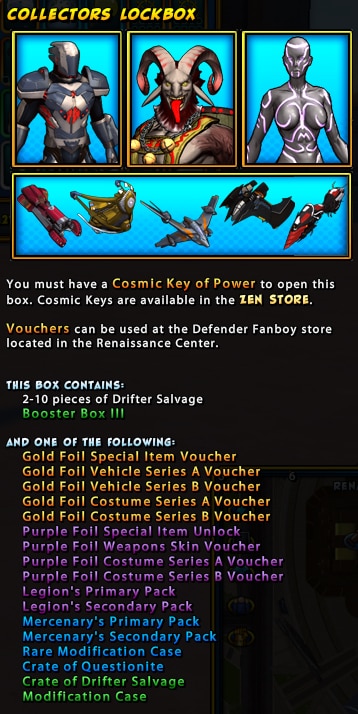 Lockboxes drop as additional loot from defeated villains and can be opened with keys from the ZEN Store. Each lockbox also includes at least two pieces of Drifter Salvage, which can be traded in for prizes, and one boost. These lockboxes are additional loot and do not impact the odds of getting any other loot from villains.