Here's a first look at the new Railmaster class!

The earliest historical tomes in Alberen recount the inevitable greed of man’s plumbing of the depths of the long-abandoned dwarven ruins. The incredible ancient technology looted there brought humans great dominion over the land, in particular, the dwarven railways. Mastery of these technologies gave rise to the first human empire, the Rail Kingdoms. The most clever, technically-minded of these folk became the Railmasters.

Following in the tracks of their ancestors, each Railmaster passes on their hammer and knowledge to their apprentice. These rough and tumble tinkerers are quite literally the engine that brings civilization cascading in behind wherever they dare to push into the Frontier.

Railmasters made their first appearance in Torchlight 2 developed by Runic Games. The stalwart NPC, Captain Jacobi, provides transport to players between each hub area in the game. Max Schaefer, co-founder of both Runic Games and Echtra Games, knew the Railmaster needed to become a playable character in Torchlight Frontiers.

Max had a few guiding principles when he handed off the project to the concept artists and design team: big hammer, lays tracks, not a repeat of the Engineer from TL2. From there, the team met regularly to build a reference board and brainstorm the type of attitude and personality this new class should embody.

Starting with the art, everyone took great inspiration from just the name—Railmaster. There’s something very blue collar, old-timey, outdoorsy about it say Jen, McLean, and Zach, three of Echtra’s concept artists. "We wanted to make a character that had an easygoing but hardworking vibe, someone you’d want to have a beer with after a long day. There was a lot of back and forth about the Railmaster and we went through five-ish iterations," says Jen. Some of the earliest Railmaster concepts.

The art team zeroing in on the signature look.

There was a point where Max and Dave, Echtra’s Art Director, left town for a few days and the team came up with a bunch of concepts. All of which were shot down, sending us back to the reference board. Some of the biggest influences were old-timey historical photos from the Golden Age of trains. You can definitely see it in the final look of the Railmaster. 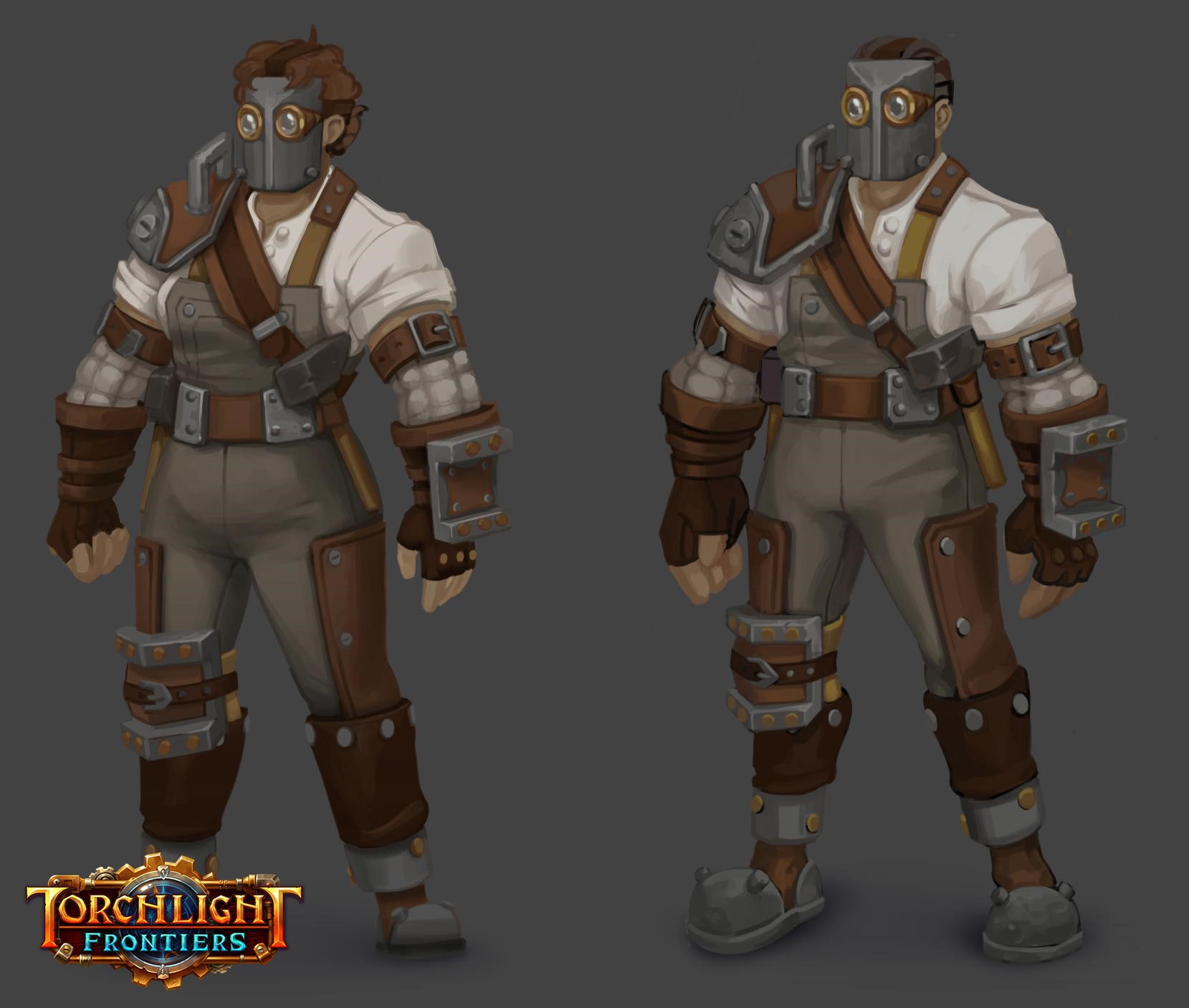 After the core look, the hardest part of designing the art for the Railmaster is keeping a consistent motif across armor sets. "It’s difficult to mash up multiple aesthetic ideas; trying to capture elements of a blue collar train engineer and knight’s armor all made from bug parts, for example," says McLean. "Some of what helped was coming back to this idea that the Railmaster is above all utilitarian," says Zach. They’re less concerned with how nice something looks so long as it’s functional. 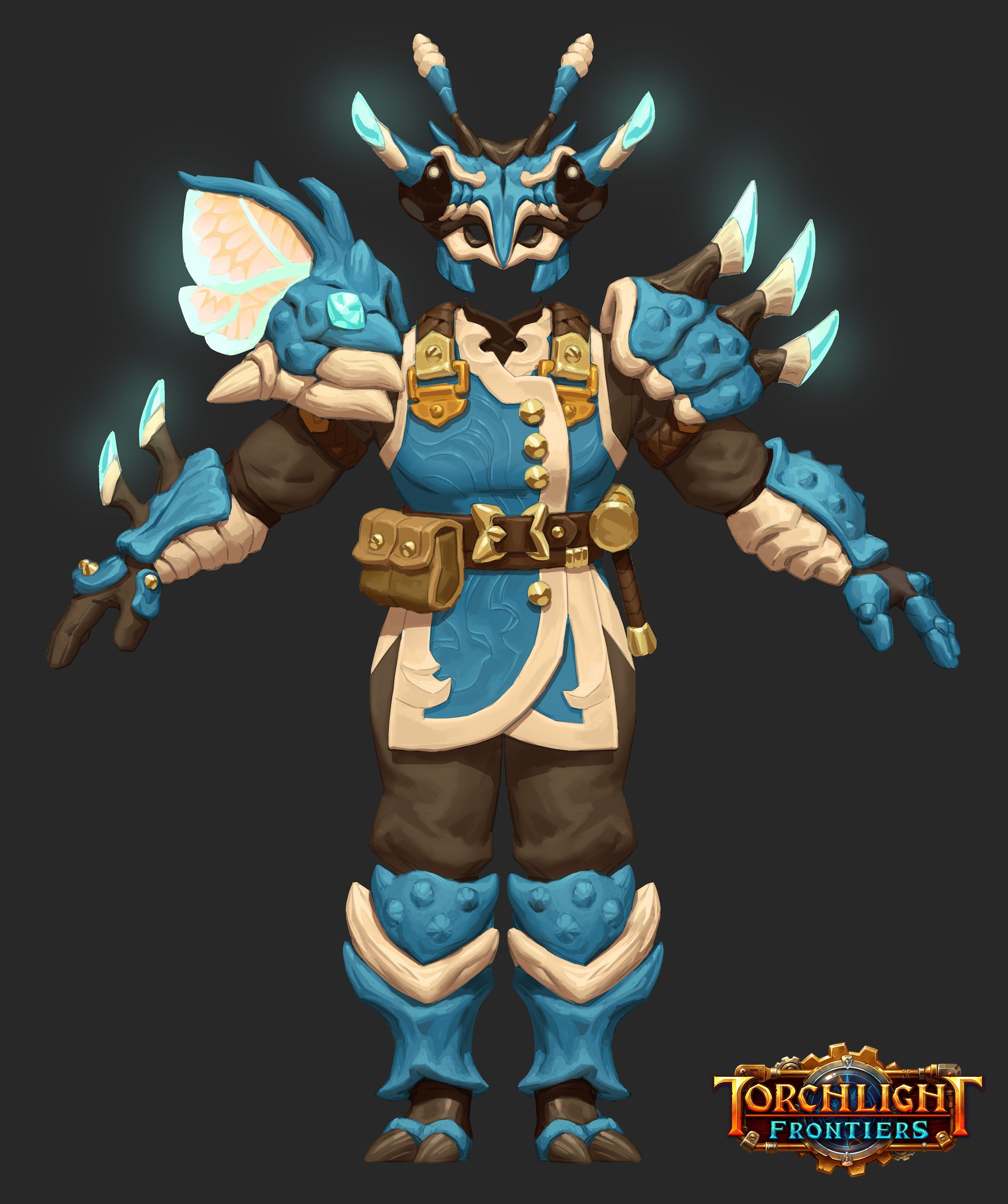 From a design perspective, the Railmaster of today barely resembles the initial concepts. The original actually didn’t even have its signature train. The tiny engine was more of a stationary turret that sat on tracks. "You simply moved it around by picking it up and deploying it somewhere else," says Shawn, Senior Designer at Echtra Games. "No matter what we tried, it still felt like the Engineer. So much so that we very nearly dropped the class all together."

It was those dang tracks! We had some weird ideas about how to make them happen. One of which involved a series of nodes on every map that players would interact with to create pathing. It wasn’t until Jason, one of Echtra’s programmers, came up with the tech to dynamically lay track and have the turret follow you that it began to look like what we see today. Just getting that part working reignited the idea.

Anthony, one of Echtra’s game designers, continued the work on the Railmaster skills and gameplay after Shawn and Tyler, Echtra’s Project Lead, built up the principle design. "It used to be just the first car; it didn’t look like a train," says Anthony. So he crudely attached more duplicate models of the train together and shared an image with the team. The screenshot ain’t pretty but it was enough to catapult the idea forward.

It was one of those eureka moments, capturing the whole team’s imagination. We went from a single car/turret with some attachments to having a full series of platforms that could be customized, mixed and matched so they’d work together. Each car providing a different sort of utility, creating a host of build and skill idea options. It was an honest to goodness train, exactly what the class name called for!

When asked where he drew inspiration from when it came to theming and designing skills, Anthony mentions battle priests from the Warhammer universe. They’re badass fighters, heavily armored, that also have a strong spiritual and magic connection to draw on. The lore of the Railmaster includes this lineage of master and apprentice and Torchlight definitely has its share of ghosts, so there was an opportunity to be less grounded in reality for skills like Lantern Flash and Ghost Train. We still have more skills we’re working on too. It’s a really great element to mix in with the more straightforward (though equally as devastating) hammer attack skills.

An initial test done by our Animation Director Danny Keller when it was decided the base weapon would be a Rail Hammer.

Just like Max’s original notes, the Railmaster is all about swinging a big hammer and laying tracks for their train companion. You can mix it up in melee, bring the full power of your train to bear, or anything in between. With the various options for your train, there’s a really strong feeling of utility when it comes to the playstyle of the Railmaster. You’ll steam through enemies once you’ve found the build that speaks to you!

Here are a few staple Railmaster skills which should give you a good idea of how the class plays. Add Track
Extend your rails so the train can follow you. The Railmaster will continue to lay track behind themselves until this skill is cancelled. A Gun Turret train car deploys with Add Track and moves as far as it can towards the end of the track, attacking enemies along the way. Mortar Car
While this skill is equipped the train gains a Mortar Car that lobs explosive payloads at enemies. Activate the skill to launch an incendiary round that deals fire damage over time to a target area. Shield Car
While this skill is equipped the train gains a Shield Car that grants damage reduction to allies within range of the effect. Activate the skill to create a larger, much tougher shield area for a short time. 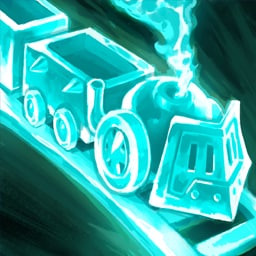 Ghost Train
Call forth the spirit of an ancient train. The Ghost Train hurtles forwards dealing high damage and knocking back foes. 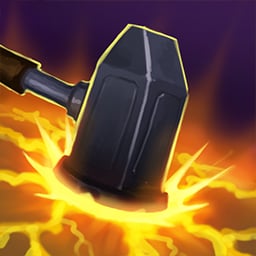 Pound
Slam your Railhammer to the ground dealing weapon damage in an area with a chance to stun foes.

Like everything we’re doing with Torchlight Frontiers, we’re putting the Railmaster in your hands with the intent of incorporating your feedback. This new class will be available with Update 5 which is expected to be released April 23. All aboard!