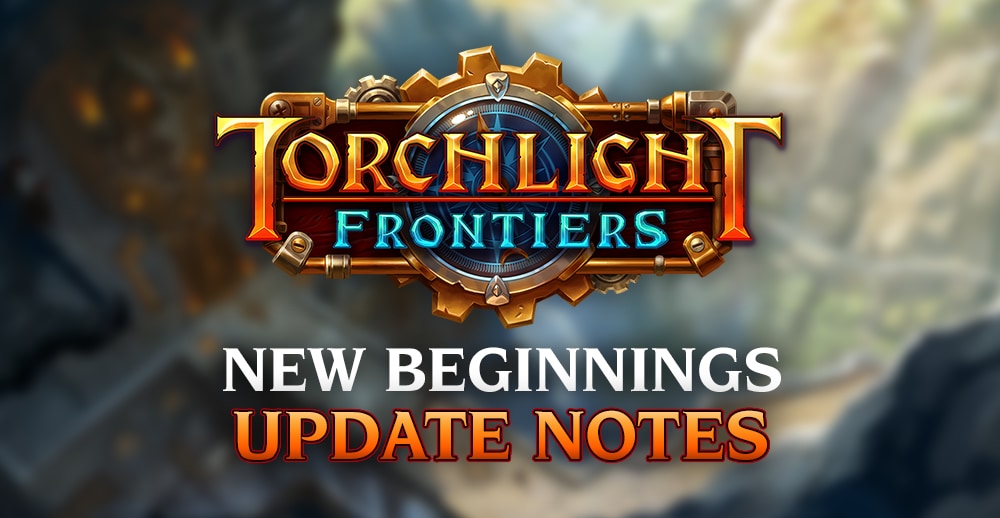 Note from the dev team

New Beginnings is the first major update to the alpha test since we made Torchlight Frontiers a 24/7 game. While the Live Team is putting out bug fixes and tuning changes often multiple times a week, our World and Player teams keep the cogs turning on these chunky updates that bring features and new content to the game. Update 4 is all about Contracts, which are a big deal for us as the system sets the stage for future updates. It’s a complex feature we really need player help testing.

We hope you enjoy all the new stuff, and we’re looking forward to meeting you on the frontiers. Let’s get into the details!

Make sure to read our Contracts blog post that discusses the idea behind and vision for this new system arriving in Update 4: New Beginnings.

The forces of the Netherim slink into every corner of the globe, driving the Empire to spread its defenses further than ever before. Its ranks thinning, pure Ember stocks dwindling, and facing a host of new foes across the world, the Emperor has decreed the foundation of the Frontiers Doctrine.

Imperial Agents in every outpost have been authorized to offer challenging Contracts: heroic deeds and dangerous bounties for which adventurers will gain fame and fortune.

During each Contract season, players can complete objectives to earn Fame which will unlock valuable rewards each time a Fame level-up is reached. Once a Contract has ended players will keep any rewards they’ve earned. New seasons bring a reset in Fame level, new missions, and fresh loot to chase after.

We want players to keep an eye on their pet’s health and restore them with potions in order to keep them in the fight, but we’ve seen many circumstances where pets can too quickly go from full health to fleeing. Our furry friends deserve a buff.

The community made it clear this feature is a priority. Force-Move will allow you to move even when clicking on a monster or other targetable object. It will not however let you pass through enemies.

We want to empower players with the knowledge they need to make fun builds. It's not always easy to know if you'll like that new Skill before you buy it, but now you can sample it for a short period of time while in the Fort.