Contracts: New Orders From the Emperor 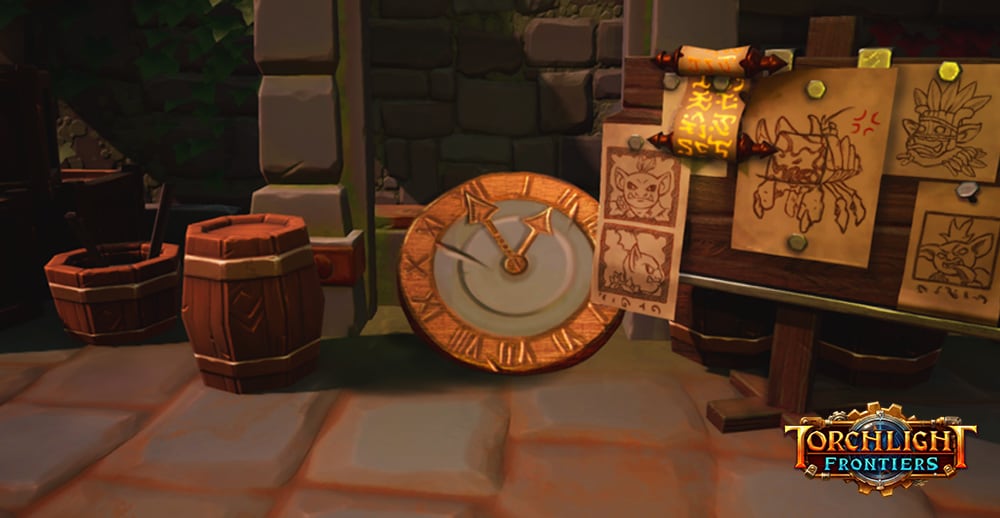 Torchlight Frontiers is a living world, an adventure that doesn't really have a definite ending. One of our goals is to supply motivation to players outside "finishing the game" to keep adventuring in fresh ways. We've been inspired by the use of seasons to drive fresh play-throughs in games like Diablo 3 and Path of Exile - so expect an approach that resonates with the unique gameplay experience of Torchlight Frontiers. We want a season-like experience that makes roaming back into the Frontiers fun to do, adds new twists to the gameplay, offers exclusive seasonal rewards, and keeps players thinking of ways to build and specialize their heroes. Our take on this concept is called Contracts.

The forces of the Netherim slink into every corner of the globe, driving the Empire to spread its defenses further than ever before. Its ranks thinning, pure Ember stocks dwindling, and facing a host of new foes across the world, the Emperor has decreed the foundation of the Frontiers Doctrine.

Imperial Agents in every outpost have been authorized to offer adventurers challenging Contracts: heroic deeds and dangerous bounties for which they will gain fame and fortune. And by "fortune" we mean super shiny loot you won’t find anywhere else but the Imperial treasury.

The basic design is simple: complete objectives ⇒ earn Fame ⇒ unlock rewards. The rewards include useful things like Mapworks Scrolls, Gold, Stash tabs, crafting resources, and Relics. But the real meat and potatoes is in cosmetic rewards like exclusive Pets, unique Fort items, and new looks for Relics. "Gobsmacked" is the state we want you in after seeing the loot list for a Contract. Players should expect the variety of rewards to increase as more core systems are added to Torchlight Frontiers. Fame is a type of experience that contributes to your Fame level. It's account-wide, so you can complete your Contract objectives with any character!

Contract objectives are where refreshed and unpredictable gameplay comes in. Players will be tasked to complete challenging encounters, explore unique Mapworks dungeons, and master new mechanics over the course of each season. This is the most exciting aspect of Contracts for us - we have a massive list of gameplay variants that we'll be able to provide to players through these seasonal quest-lines and Mapworks areas.

Contracts will last a number of weeks and will be followed by a short break before the next season starts. We expect that players will be able to earn enough Fame to unlock all the rewards before the season ends even with only a modest amount of time to play. You'll earn the most Fame from completing daily, weekly, and other Contract specific quests, but you'll also get smaller Fame rewards from defeating Champion and Boss monsters during the regular course of play.

All players will be able to earn Fame and plenty of the resource and cosmetic loot from every Contract season. There will be an optional upgrade to a premium reward track which contains additional rewards. Upgrading to a premium Contract from a partially completed free Contract will unlock the previous rewards on the premium track. Players familiar with the battle-pass feature in other games will recognize this design.

Echtra Games is committed to developing Torchlight Frontiers with player input, and that means getting features into your hands early so we have plenty of time to incorporate player feedback. The core Contracts functionality is ready for testing, while we have additional work to do around rewards and missions. We're going to release a test season, New Beginnings, with Update 4.

Contracts will have a humble beginning. The test season will be half the length of a normal season, with half the Fame levels to earn, and a juicy-but-simple set of resource and Fort decoration rewards to earn and keep. All alpha players will be able to upgrade to premium, for free, to help test all aspects of the Contracts feature. Our goal right now is to get player feedback and see the cycle of a season play out in real time.

We're already developing more quest content and amazing cosmetics for the full release of Contracts. Take a look below at some of the stuff our team is working on. As new Frontiers, new characters, events, boss fights and mechanics come into the game, Contracts will keep pace by incorporating that content to the rewards and Fame missions. For the future of Red Haven, for glory, and for sweet loot... let the hunt for Fame begin! 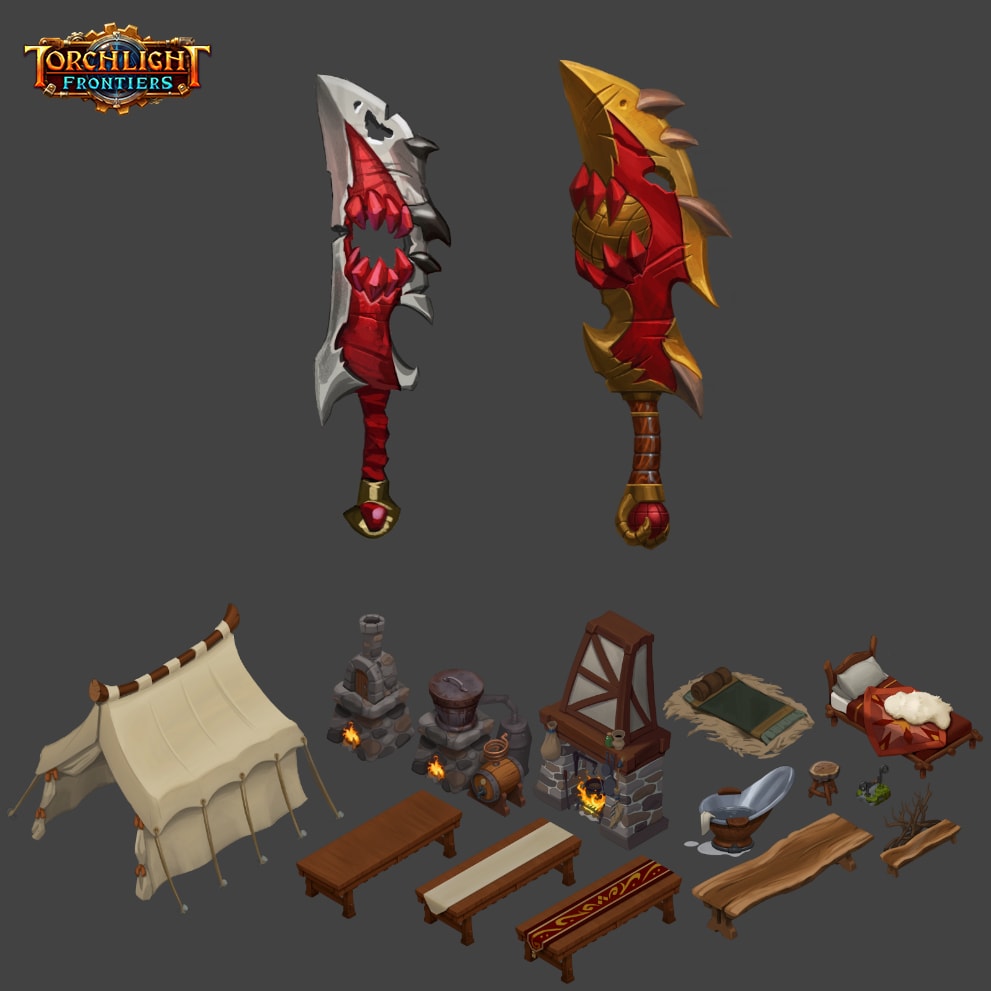