Starting with the Prelude back on December 2nd 2015, (S2 Intro, New Tutorials, an all level Raid Bosses and more) all the way to the final chapter… The release of the highly anticipated final chapter: Add and Luciel.

The famed Bryce Papenbrook (of Trigun, Naruto, Attack on Titan, Sword Art Online (Kirito), Pokemon and many more) has lent his pipes to Elsword’s maniacally insane virtuoso, Add. In addition to JC Hyke lending his vocal talent to bring Ciel to life, this is one of the most exciting updates for Elsword yet!

With these particular Add and Luciel character updates, everything from character concept and illustration, to functionality and effectiveness will be overhauled and refined to bring the homogenized Season 2 badassery to the fore.

As with all Elsword Season 2 Character updates, the Skill Tree revamp includes new character functionality basics, character intro and primary skill upgrades.  Players can learn EVERY skill automatically by reaching the skill-appropriate level, and players no longer need to choose between skills!  Additionally, Add and Luciel’s revamped basic attack combos bring a whole new world of dynamic to each Job or Class advancement. Though the combo list can be found at the top of the Skill Tree UI, players can be easily master them all via Camilla, the sassy Combat/PvP NPC.

The Tracer and Demon Duo usher in the final chapter of Elsword’s Season 2 Epic with an intensity that has yet to be seen! Come check out Elsword for lots of fun content and tune in today for some awesome events!

Our terrifying three, Tracer and Demon Duo, are revamped! This will be the last character revamp for Season 2 and just because they’re last doesn’t make them less special. In fact, there seems to be more going on this week!

NEW AT THE ITEM MALL

Add and Luciel get their very own El Search Party Officer Costumes. They finally get a turn at the official look, so you better start collecting Grand Ice Burners! 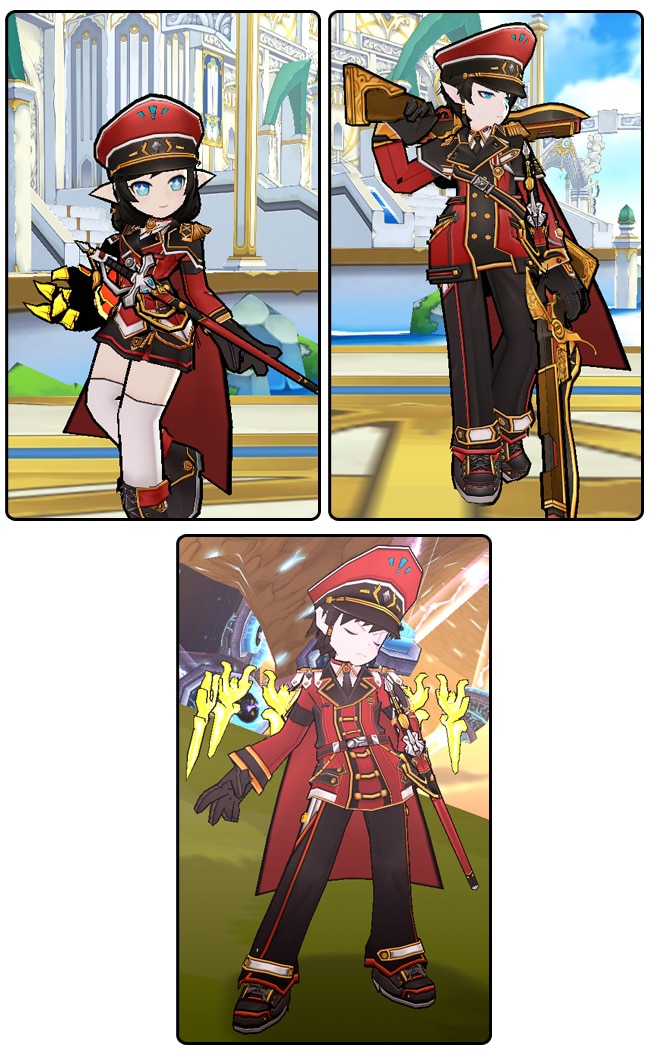 You can start planning out your idol group and gathering groupies! Become a pop icon with the Idol Package! 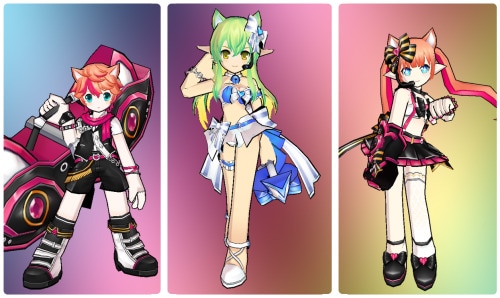 The Demon Duo emulates the bringer of death with Thanatos found in Ice Burners. Start collecting and bring on the pain! 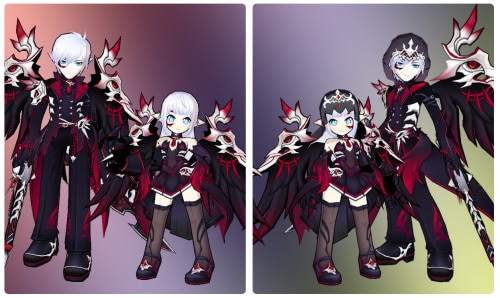 Get a companion that’s sort of like you! Or acts like your favorite hero. This Special Edition Mystic Pet will mimic any of our heroes depending on which pet you get.

See you all in game, folks!