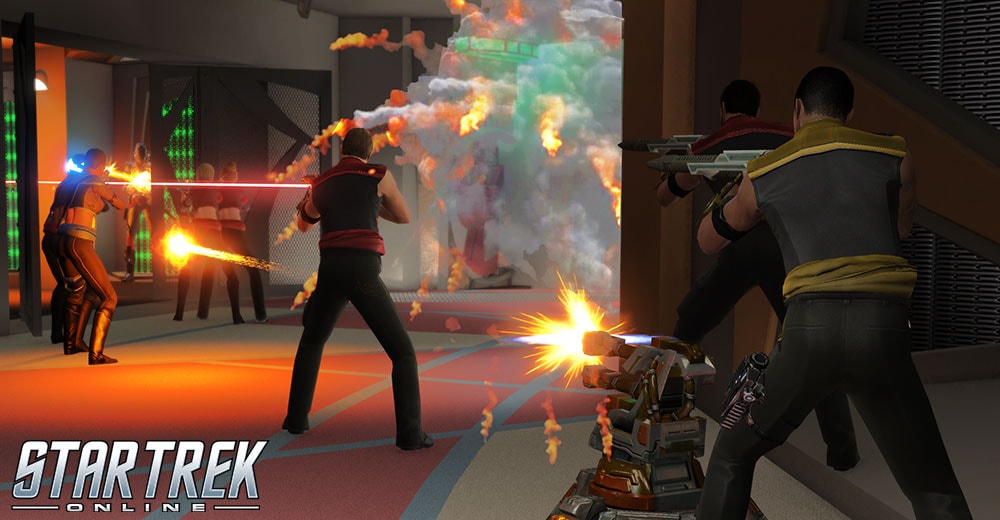 You’re all worthless and weak!

—Admiral Leeta of the Terran Empire

As part of our story involving the Terran Empire, we’ve revisited some older Mirror Universe content and brought you… a few new ways to feel the wrath of the Empire.

In an update and reimagining of the TFO Assault on Terok Nor, we’ve built a new experience that re-imagines the attack on the Mirror space station. Battle on the updated ground map from Deep Space 9, in an assault that takes you through the cargo bay, across the Promenade, and into ore processing. You’ll face down Terran foes while protecting infiltrators who take over Terok Nor’s security systems, fighting off the station’s toughest defenders, and finally confronting Leeta with all of the powers of the Pah-Wraiths at her command!

We’ve smoothed out the missions goals to make it more straightforward, and added UI elements to help you keep track of your progress. The final confrontation with Leeta should be more memorable: Hijack the technology of the station to temporarily strip her of her connection to the Pah-Wraiths so that you can fight her, but be ready for her to explode in a blaze of fury when her powers come back! You’ll race from level to level as you try to rescue captured Coalition operatives and follow the directions of resistance fighter Rae’Yeet while dodging the flames of the Kosst Amojan.

We’ll see you there soon—try not to get burned!