The Scaleblight Mythal caused a shift in the Sword Coast. The wildlife is restless, and reports of draconic activity are on the rise throughout the land. Roars can be heard from the mountaintops, causing the forests to shake with uncertainty. To prepare Neverwinter's brave adventurers, Lord Neverember has thrown wide the vaults of Protector's Enclave! Desirable rewards of all manner have been made available to those who would hone their craft ahead of the coming storm.

Draconic Rage Battle Pass begins Sunday, May 1 at 7:30am PT*

Starting May 1, 2022, willing adventurers will be able to progress the Draconic Rage Battle Pass by completing Random Queues. Each day you log in to Neverwinter, you can complete the following tasks for progress: 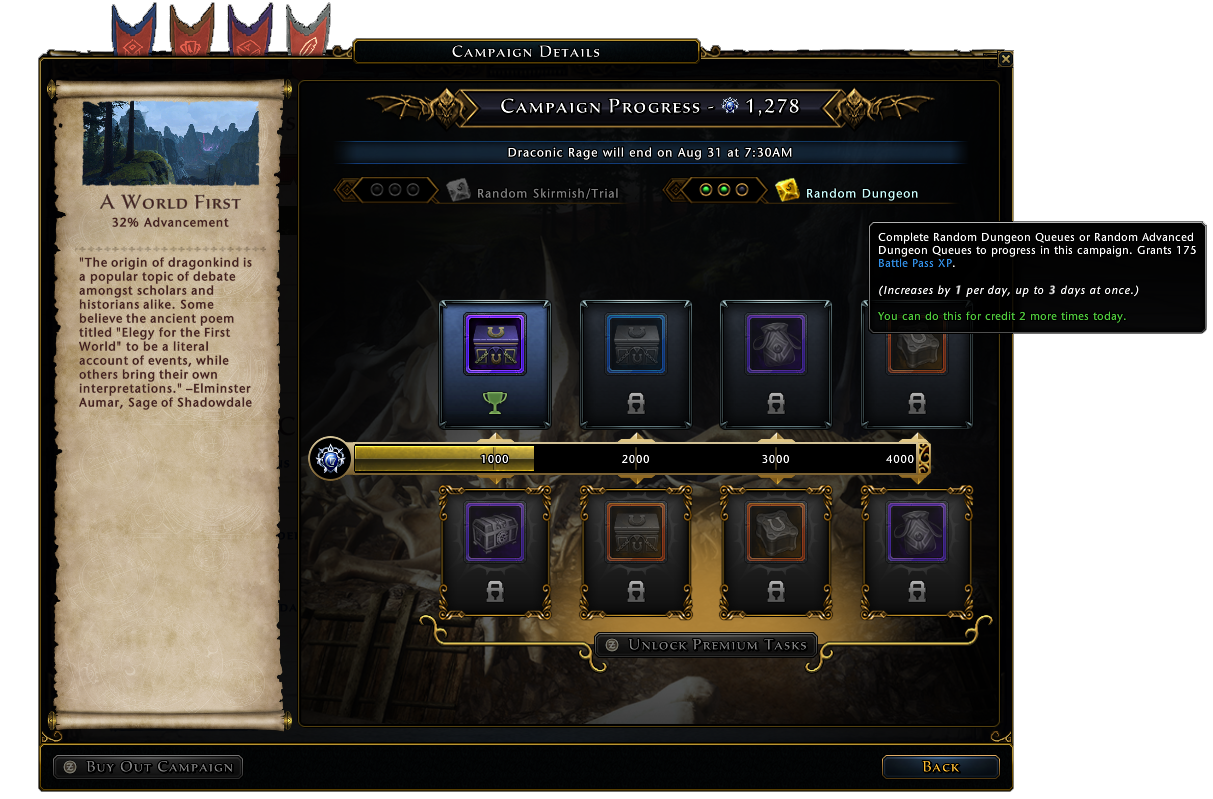 Miss a day? No problem! Tasks are granted each day, even if you are unable to log in that day, stacking up to three tasks max. Milestone 1 will only be active during May so make sure to run those Random Queues!

Looking for the details? Here we go!

True heroes may not need treasure, but who would say not to a glorious bounty upon slaying the dragon, or rescuing the innocent? Here are some of the rewards that can be obtained via the Draconic Rage Battle Pass! All rewards are bound to account, and can only be claimed once per account.

Players who work their way through the first milestone will be rewarded with their choice of legendary mounts! Choose from the following: Players who complete the second milestone will be rewarded with their choice of legendary companions! Choose from the following:

Milestone 3, ‘All That Glitters’

While the Draconic Rage Battle Pass is active, players can earn campaign currency from completing Daily Random Dungeon Queues. This currency is not located in the inventory currency tab but can instead be tracked on the Campaign portion of the Journal. This is also where the currency can be used to obtain rewards.