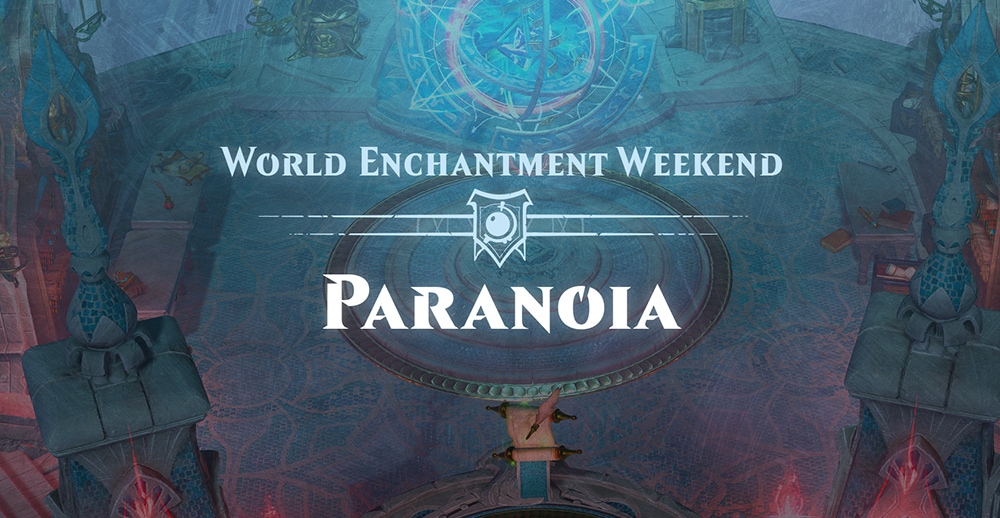 During this limited-time weekend event, Planeswalkers can craft up to three additional World Enchantments each day of the event at the Aetheric Core in their Realm. These event-specific World Enchantments will cause you to become a priority target for both enemies and the environment. Paranoia causes enemies to ignore your creatures and chase after you! Arachnophobia spawns spiderlings from the bodies of fallen enemies. Death’s Servant results in a slow-moving - yet indestructible - enemy pursuing you throughout the mission, where a single touch means death.

World Enchantments add powerful, world-altering effects that can add further depth to your gameplay. They are consumable, single-use items that attach to story and ordeal mission maps. You can craft World Enchantments with earned materials gathered through gameplay or purchase them at the Consignment Broker. There are three different tiers, with each tier increasing raw enemy and map difficulty, while the enchantment enhances the complexity of your encounters. Learn more about World Enchantments (including a handy table describing their respective effects) in our Difficulty in Magic: Legends blog. The “Paranoia” event helps you get World Enchantments faster than usual, so be sure to take advantage of it!