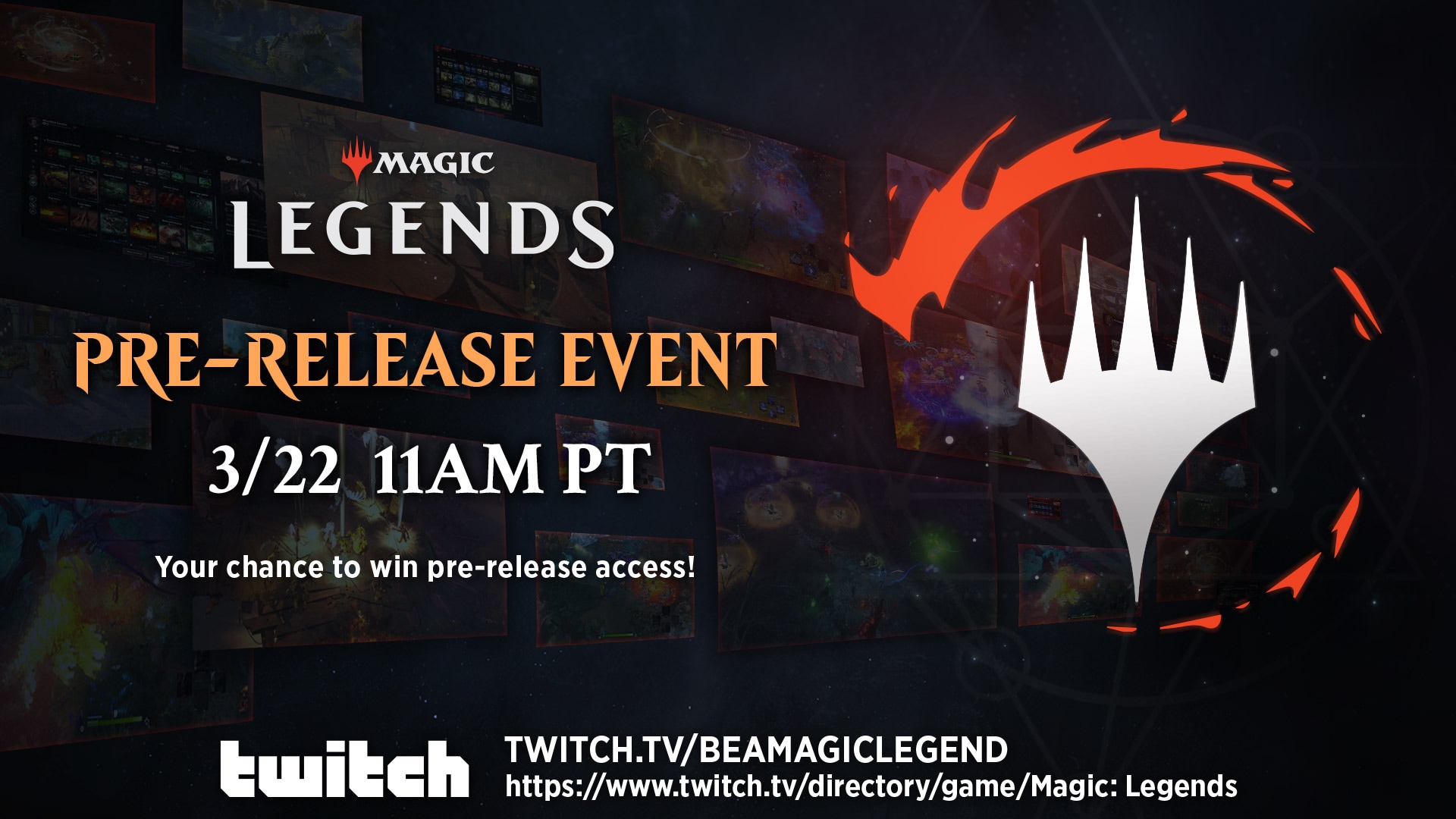 The wait is almost over. Magic: Legends arrives in PC Open Beta on March 23. To celebrate, we are hosting a Pre-Release Streaming Event with some of the biggest names in Magic, and we want YOU to join us!

Tune in to your favorite streamer(s) throughout the day for a chance to win Pre-Release access to the game, as we’re providing our partnered streamers with 100 keys EACH to give to their viewers! In addition to these many streamers sharing their gameplay, PW_SoFech will be hosting a livestream on the official Magic: Legends channel, where he’ll be giving away prizing from SteelSeries, and our own batch of Pre-Release keys. This event is taking place on the live game server, so if you receive a Pre-Release key, your progress will NOT be wiped once the server opens for all players at 10am Pacific on March 23rd.

With Open Beta very nearly upon us - we’re excited to announce that pre-load for Magic: Legends is NOW AVAILABLE. Over this weekend, you can download the game client, game files, and any additional patches for both Arc and Epic Games ahead of the PC Open Beta commencing - so once the server opens at 10am Pacific on March 23rd, you can planeswalk right into the Multiverse.