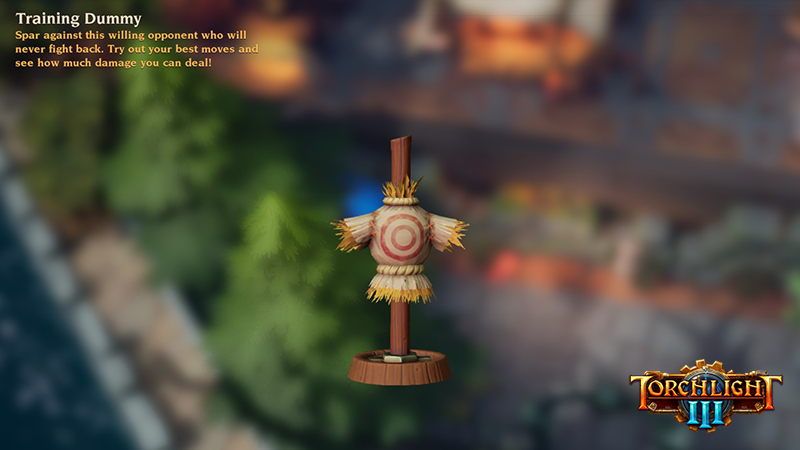 Today’s update is a preview of the upcoming patch, which is currently scheduled for September 9th (pushed a day because of Labor Day). We are so excited for the upcoming update and you can check it out on the Public Test Realm by joining our Discord server and jumping into the #public-test-realm channel for details.

Beyond some updates to difficulty tuning and Dusk Mage, there are some awesome things coming with this next update, including my favorite and the most recent addition to the fort family! The Training Dummy! 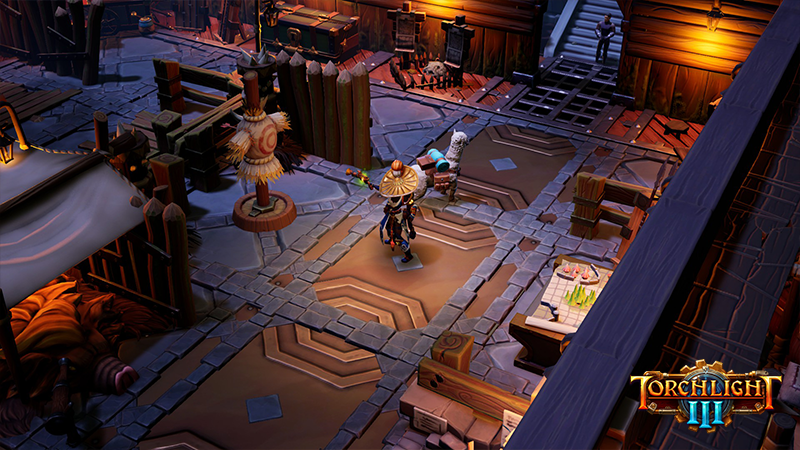 You can now show off and see your damage in a safe space like my very cool training center.

And that’s not all - there is a long list of player feedback we have addressed in the upcoming update including: 10 more skill points! Mimics are hidden now (I promise)! Basic Attack and Weapon Passive updates! Fort Camera pulled further out! Alt shows nameplates (and shader updates too). Instant Legendarium affix unlocked upon pick up. And more bugs smashed than a good night at the local roach pub!

One other important thing to note for next week: There will be a SKILL POINT RESET in order to allow older players to obtain their extra 10 skill points. When you login after the update you will need to spend your points again in order to be back at full-strength!

We’ll post all those details in the patch notes next week (if you want a preview of the patch notes, you can join our Discord to check them out in the #patch-notes channel). For now, we’ll dive into the difficulty tuning and Dusk Mage adjustments.

Why do things now feel like a ‘bullet sponge’?

Adding more health to monsters at higher difficulty levels is necessary to push players to optimize damage dealing, but we went overboard last time. Too much health leads to combat being a slog, which we do not want. We hope that these new values maintain the challenge we intend at each difficulty level without making damage-dealing tiresome.

What tuning adjustments have you made for the upcoming update?

Besides the XP curve updates, what other changes should we expect to see?

What initially sparked the decision to rework a core mechanic of the Dusk Mage class?

In talking with the community and watching metric data, it was clear that Dusk Mage was a divisive character.  When played to its maximum potential and optimized fully, Dusk Mage was incredibly potent - but when not played in that manner, it fell behind every class by a large margin. This is due to how much power was located in the Dark and Light buff mechanics, rather than in its base skills.

What exactly was wrong with the current mechanic?

To put it simply, if you weren't timing both of your buffs to be up at the same time, you were at less than half of your potential.  Having a skill ceiling to master a character is a good thing, but the primary issue here was that the act of getting the buffs up simultaneously was at odds with normal gameplay, so the builds that resulted were at odds with the Dusk Mage's core theme. In practice, Dusk Mage builds either invested heavily into Light and kept a Dark skill around just for triggering a buff, or vice versa with primarily using Dark skills. The Dusk Mage is themed around a balance of Dark and Light, but the mechanics did not support that playstyle as the core effective way to play. We want playing strictly Dark or strictly Light to be viable options, but keeping them in harmony should be the clear immediate path.

So what changes did you make to Dusk Mage and what is the goal for the class as players check out the upcoming update?

We made some changes to how the Dark and Light buff operate. Rather than each charge bar rewarding its own buff, Dusk Mages will now trigger Harmonic Form only when both the Light and Dark charge bars are filled. Harmonic Form combines both damage and mana regen elements of the old Light/Dark charge buffs. Charge bars also no longer lose charge over time, so players can much more reliably fill the bars while moving from pack to pack, and players have more control over when to trigger their buff. The goal here is to make the Dusk Mage more approachable by way of a more powerful baseline, while still keeping the feeling of entering into a "super mode" by charging up the Dark and Light bars - all while not needing to take much power away from the buffs themselves.

With all of the updates listed above we are stoked to see these changes hit Early Access next Wednesday - until then, enjoy your weekend and we’ll see you in the frontier soon!