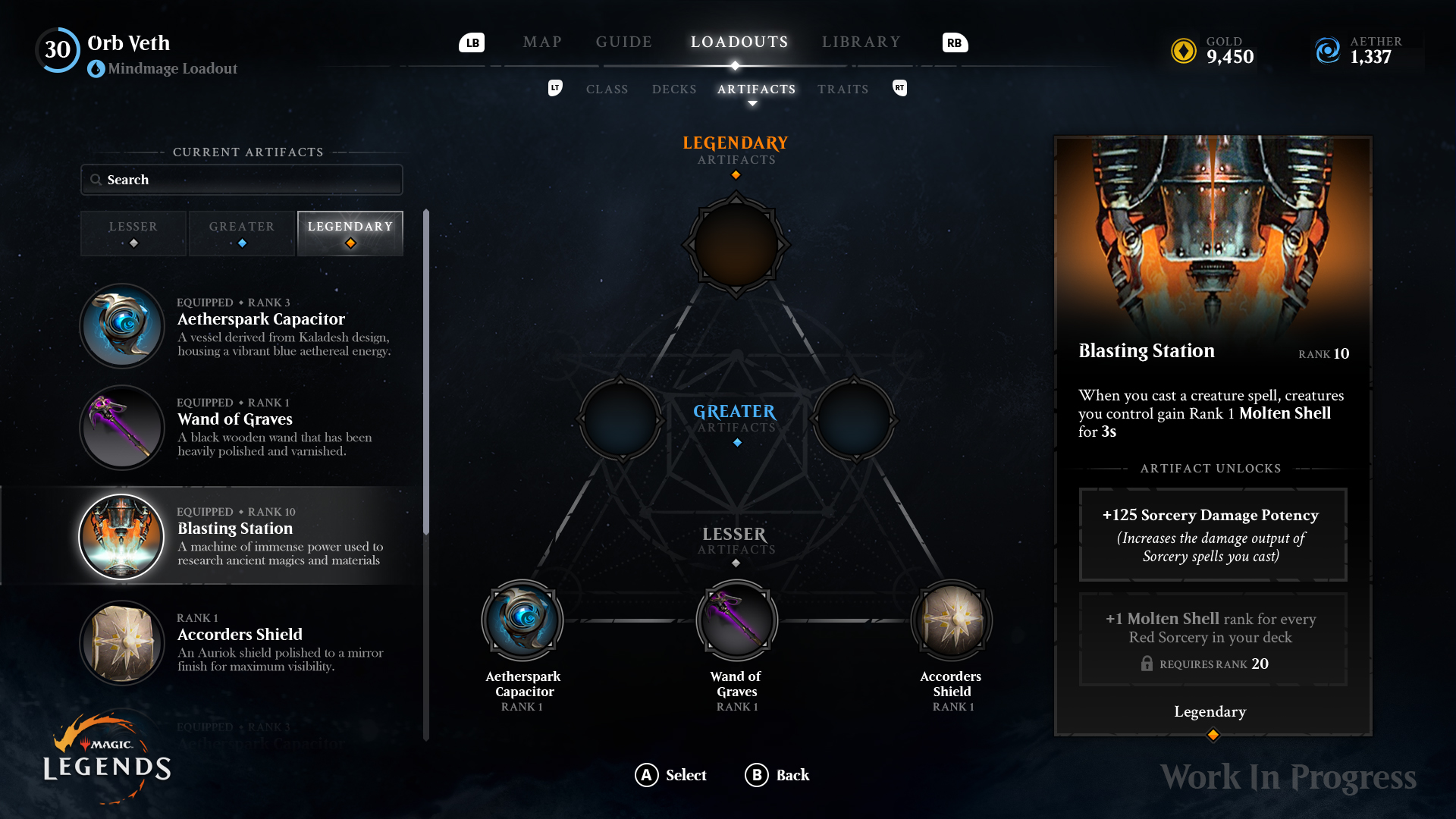 In Magic: Legends, a player’s deck and active class contribute a lot to their unique moment-to-moment combat experience. Character Loadouts in Magic: Legends involve multiple things: the player’s Deck, Class, and Artifact selection. This combination of systems makes for a highly customizable character playstyle, so the way one player fights through the Multiverse may differ greatly from the way another player does. When we started adding Artifacts to our game, we had to take into consideration how they would work alongside these other game features while remaining true to the card game roots. We had to capture the key essence of Artifacts, which we discovered to be deck enhancement, and apply that to the planeswalker power fantasy of our game.

We accomplished this in Magic: Legends by allowing each player to slot a set of Artifacts. These items exist outside of the deck rotation and provide permanent effects for the characters while equipped, similarly to gear or equipment from other games. Players can unlock three different types of Artifacts:

These tend to be small trinkets and oddities that provide benefits in the form of passive character buffs. A player can slot three Lesser Artifacts to augment their planeswalker. An example of a Lesser Artifact is the Arcane Talisman, which provides a buff of +12.5 Utility Recharge Potency at level one, reducing the cooldown length of a player’s Utility class ability.

This type of Artifact represents something more powerful and the effects that come with them reflect that. Greater Artifacts provide passive buffs, but they also introduce triggered abilities, which are effects that activate as the result of a player’s actions. A player can choose to design a deck around one of these effects or select Artifacts that fit the playstyle they’re already comfortable with. Players can slot two Greater Artifacts.

An example of this would be the Demonic Contract, which at level one heals the player for 10% of their health upon sacrificing a summoned creature. Simultaneously, the strongest creature the player controls gains 3 seconds of Greater Might.

Reserved at the highest level of power are the Legendary Artifacts. These are much like Greater Artifacts, however they provide effects that can more dramatically impact the battlefield or augment a player’s deck. Only one Legendary Artifact can be slotted in the player’s loadout, so players must weigh their power choices to complement their deck according to their preference.

For example, when a player slotted with level one Boots of the Vinewood casts a creature spell, they deal 25 damage to foes between themselves and each creature they currently control. Affected foes are then rooted for 0.25 second. 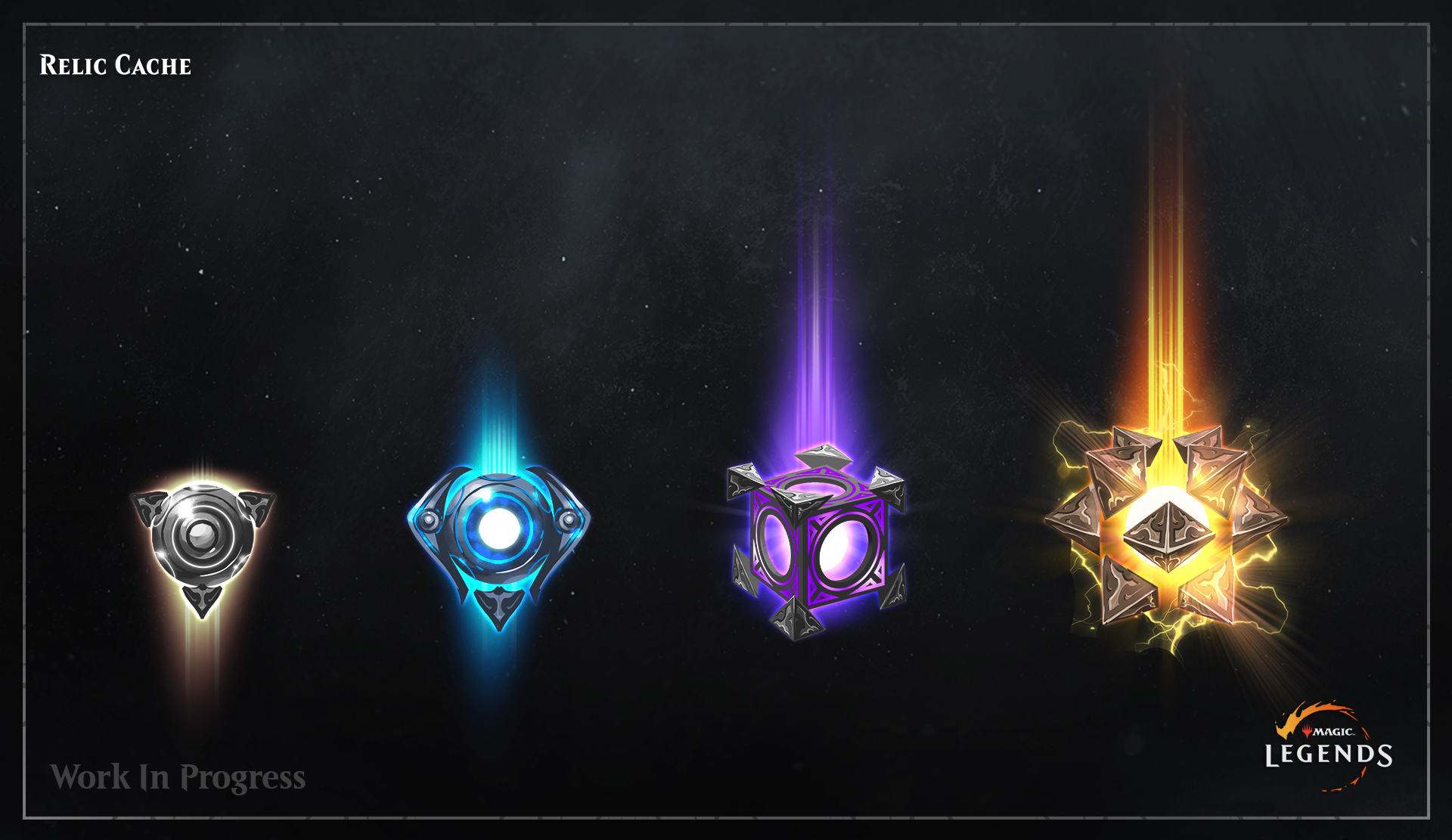 Whereas spells are unlocked and upgraded by collecting numerous Spell Shards that players obtain through combat, every Artifact is a unique, random drop that a player can obtain from relic caches they find while exploring the Multiverse. Some Artifacts can also be crafted in the player’s Realm, which is a progression feature we will be covering in next week’s blog. Each relic cache the player finds has a chance of either unlocking an Artifact or providing relic fragments. Relic fragments come in four levels of rarity – common, uncommon, rare, and mythic – and are used to upgrade Artifacts.

Upgrading the level of an Artifact increases the effectiveness of the buffs and abilities associated with them. As an Artifact is leveled up, the rarity of materials required to upgrade them gradually increases as well. This means that, while they won’t always provide players with a new Artifact, relic caches will always provide the player with something useful. After reaching certain milestone levels, new abilities are also unlocked for some Artifacts.

The final unlockable ability of a Greater or Legendary Artifact is called a Synergy. These abilities don’t do anything on their own, however they allow the player to tailor the triggered ability of their Artifact based upon something like their deck composition. A triggered ability may have an effect that occurs whenever the player summons a creature, for example. The Synergy could be that the effect itself is more powerful for each Sorcery spell in the player’s deck. This allows a player to utilize the Artifact effect often with less power or infrequently but with a greater impact. Finding that balance is up to the player. 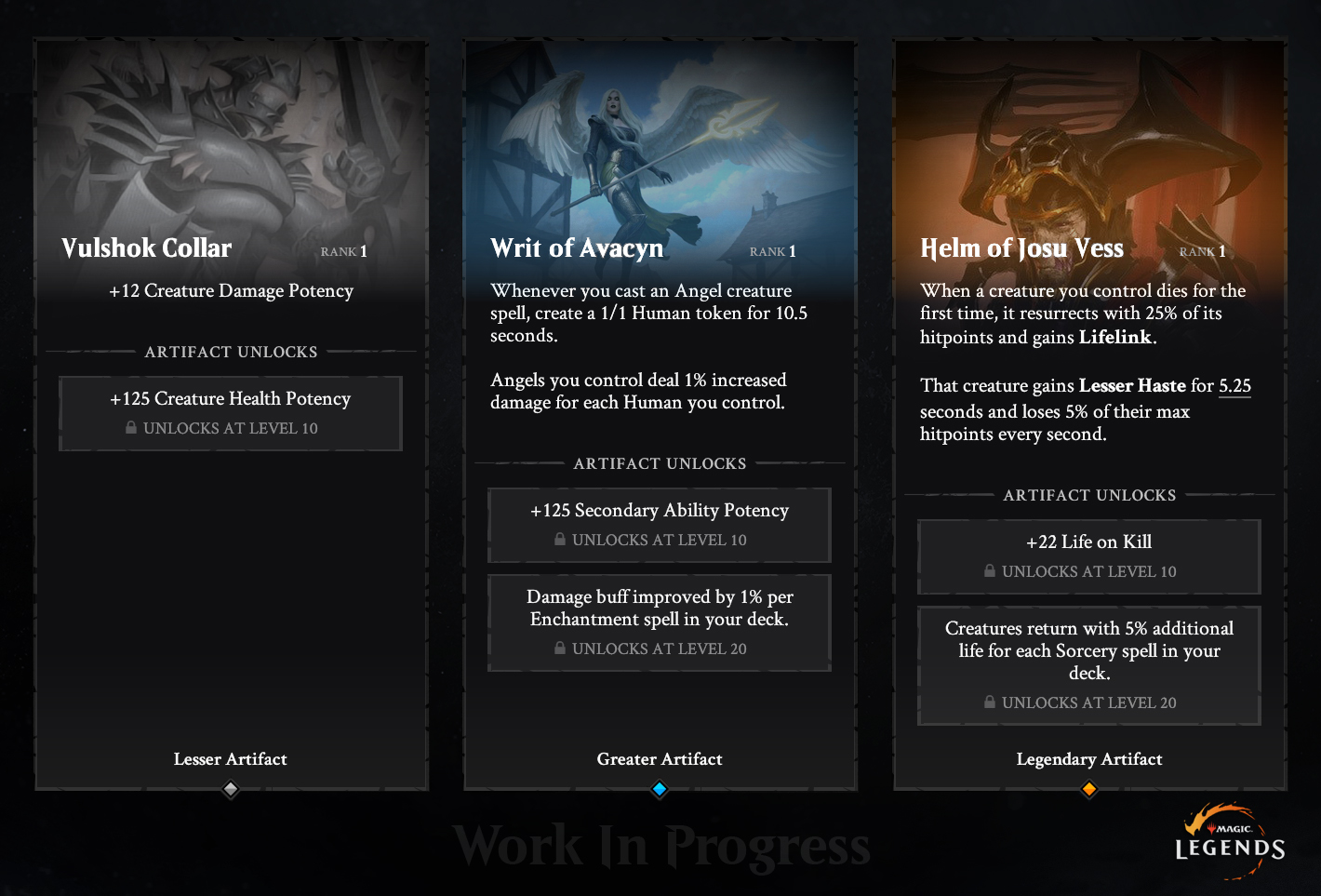 Artifacts infuse Magic: Legends with the spirit of the iconic card game feature while also adding another path of character advancement. While numbers, names, and details are subject to change during this phase of development, we hope this behind the scenes look highlights how Artifacts will further empower players to shape their planeswalker experience.

We look forward to sharing more details on Realms next week! In the meantime, keep an eye on Twitter and Facebook to stay up-to-date with the latest news and join our official Discord server to chat with the devs and other fans like you! 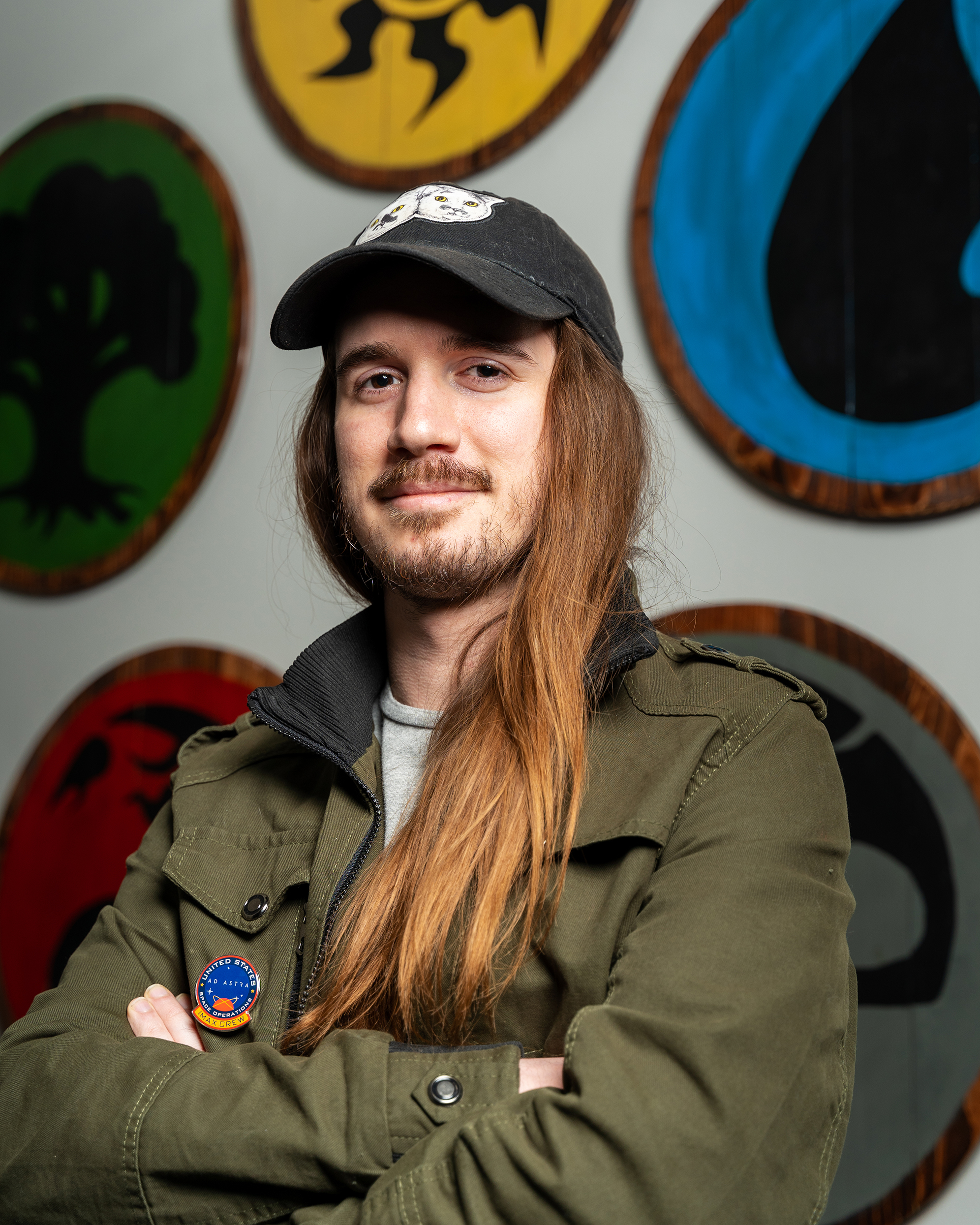 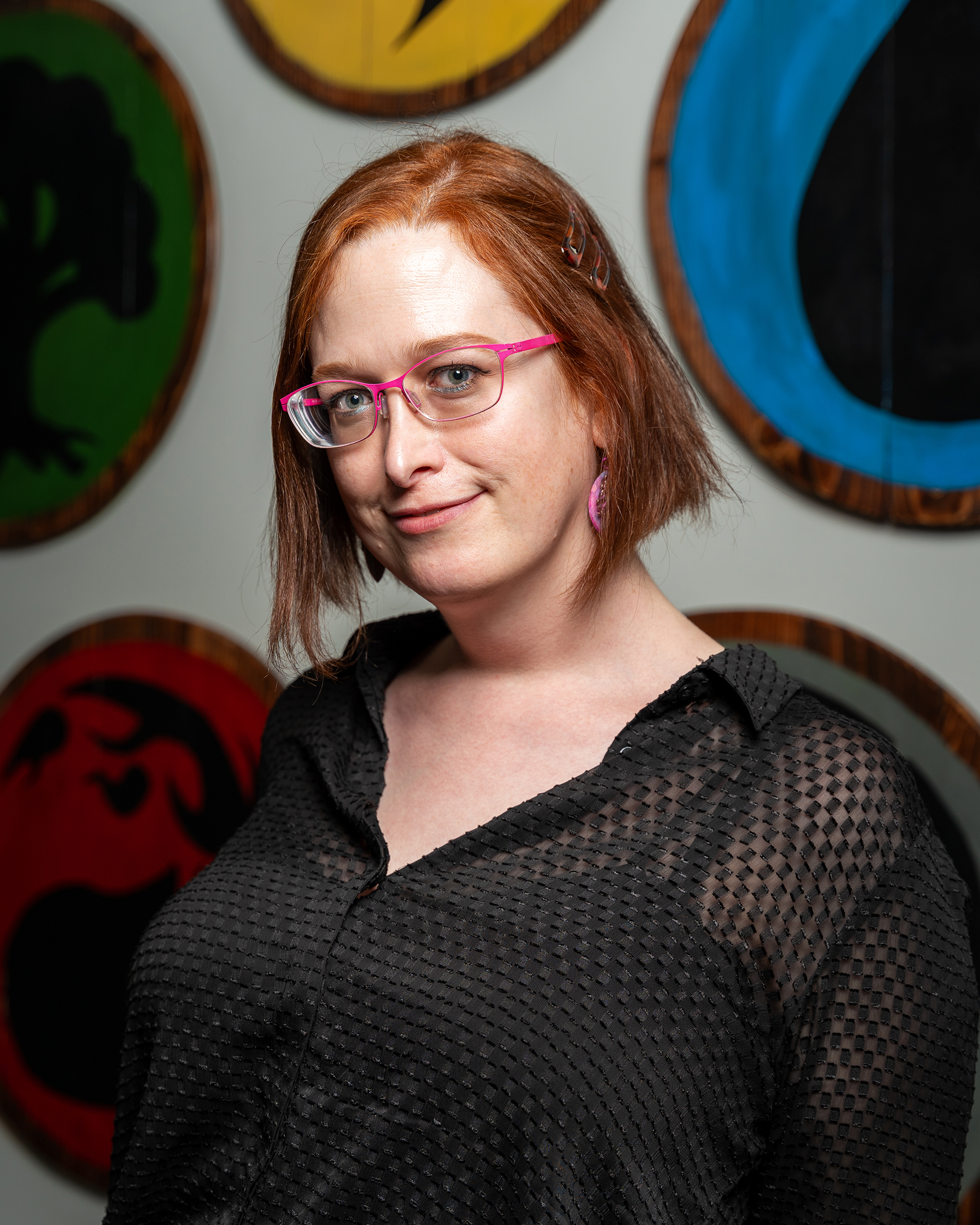