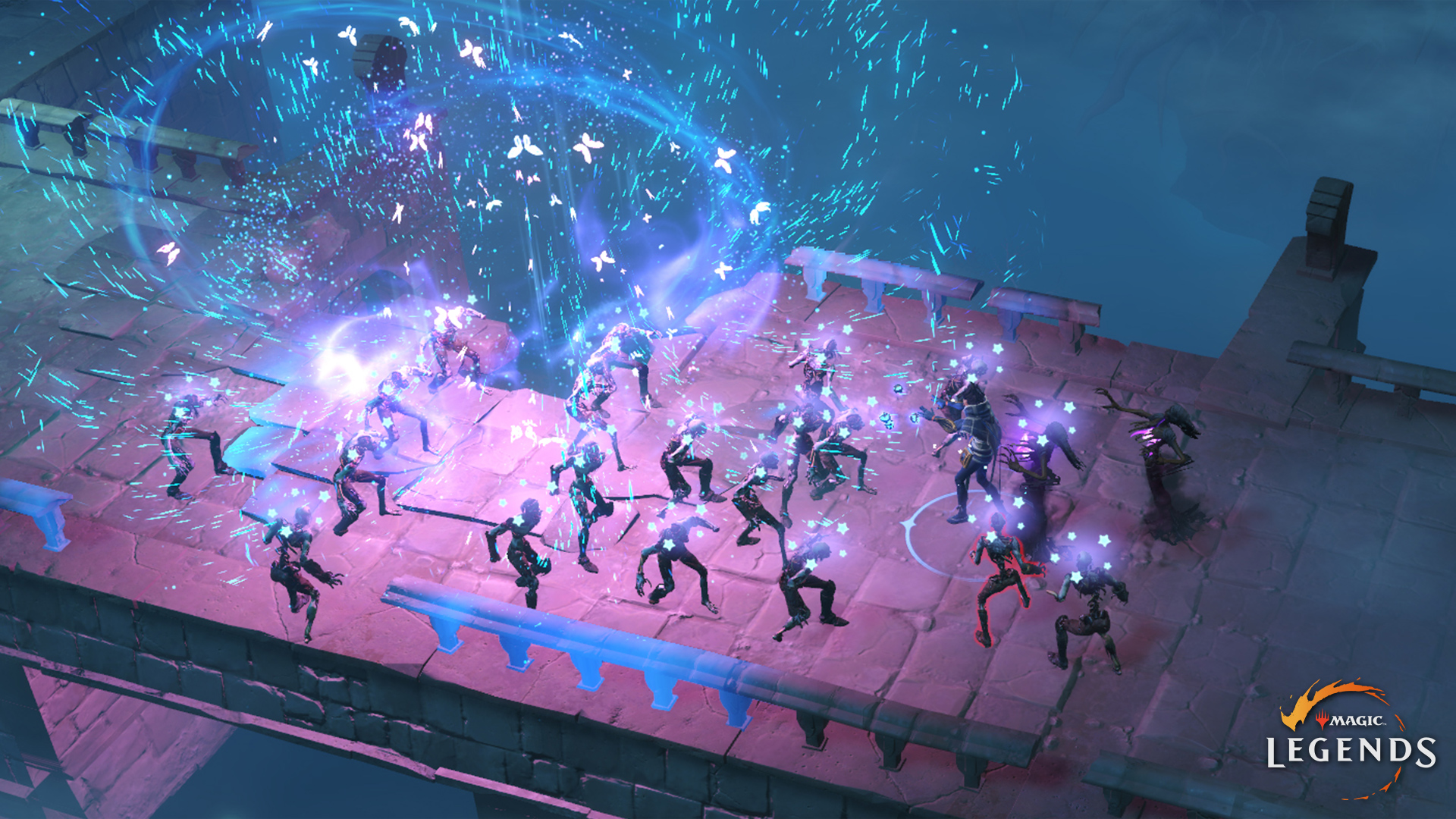 Welcome to Part II of Fighting Through the Multiverse! If you missed the blog yesterday, be sure to get caught up on how Strategic Deckbuilding works in Magic: Legends. Several key features expand on the foundational pillar of strategic deckbuilding and spells to create a tactical moment-to-moment combat experience within the game:

Arguably one of the most definitive aspects of the game, the random hand system sets Magic: Legends apart from other games in the genre. Unlike in other ARPGs where there is a set action bar, players instead have a hand of four spells, which are randomly drawn from a deck of twelve that the player builds themselves. Each time the player casts one of these spells, another random spell from their deck takes its place. A player will repeatedly cycle through their deck in this way as they cast spells during combat. The dynamic nature of this system requires players to think on their feet as their available tools and surrounding situation create an ever-changing moment-to-moment experience.

Combined with the freedom provided by deckbuilding, this feature paves the way for powerful and exciting spell combo possibilities that would not be possible with a more traditional skill rotation system. There might be a specific 3-spell combo that could be considered incredibly overpowered, but the unpredictability of that combo being available allows us to embrace that without jeopardizing the overall balance of the game. 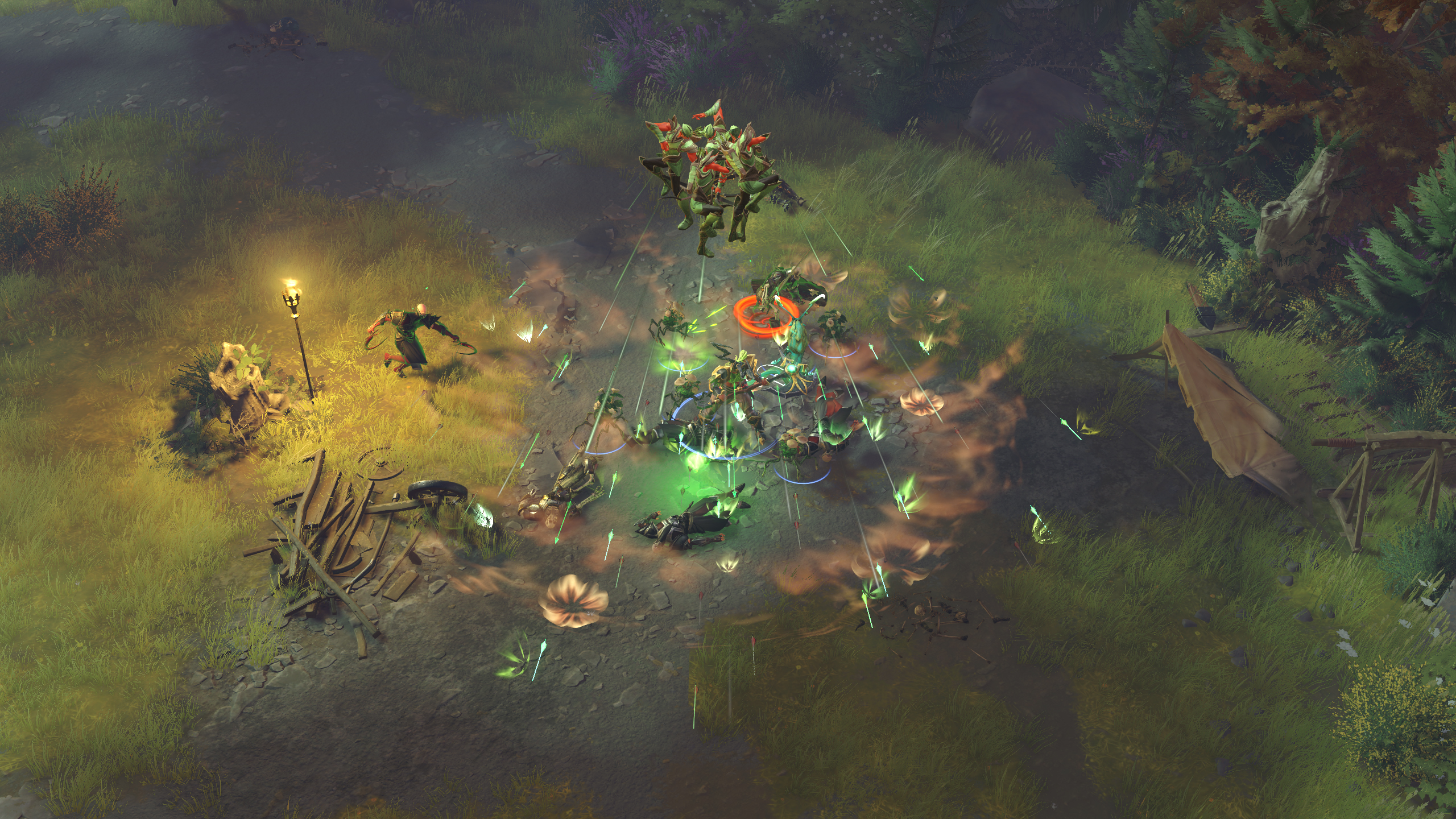 Mana is the player’s primary combat resource in Magic: Legends, setting the pace of gameplay akin to the way it does in Magic: The Gathering. Every spell has a mana cost, and these costs can dramatically vary from one spell to another. A more powerful spell is not necessarily a better spell, as a player can only cast as many spells as their mana allows. This enables players to create all sorts of different yet viable combat styles. Throw in bigger, stronger creatures with more powerful sorceries for a slow and heavy-hitting deck, or select cheaper smaller creatures with quicker sorceries for a fast and aggressive deck. Alternately, they can combine the two extremes for a well-balanced and versatile deck.

Mana refills over time, up to a maximum of twelve mana divided among the mana colors present in the deck. A player can cast a spell as soon as they have the mana to do so, or save it all up for a larger multi-spell combo. Learning when to hold on to mana or unleash it is key to becoming a powerful planeswalker. 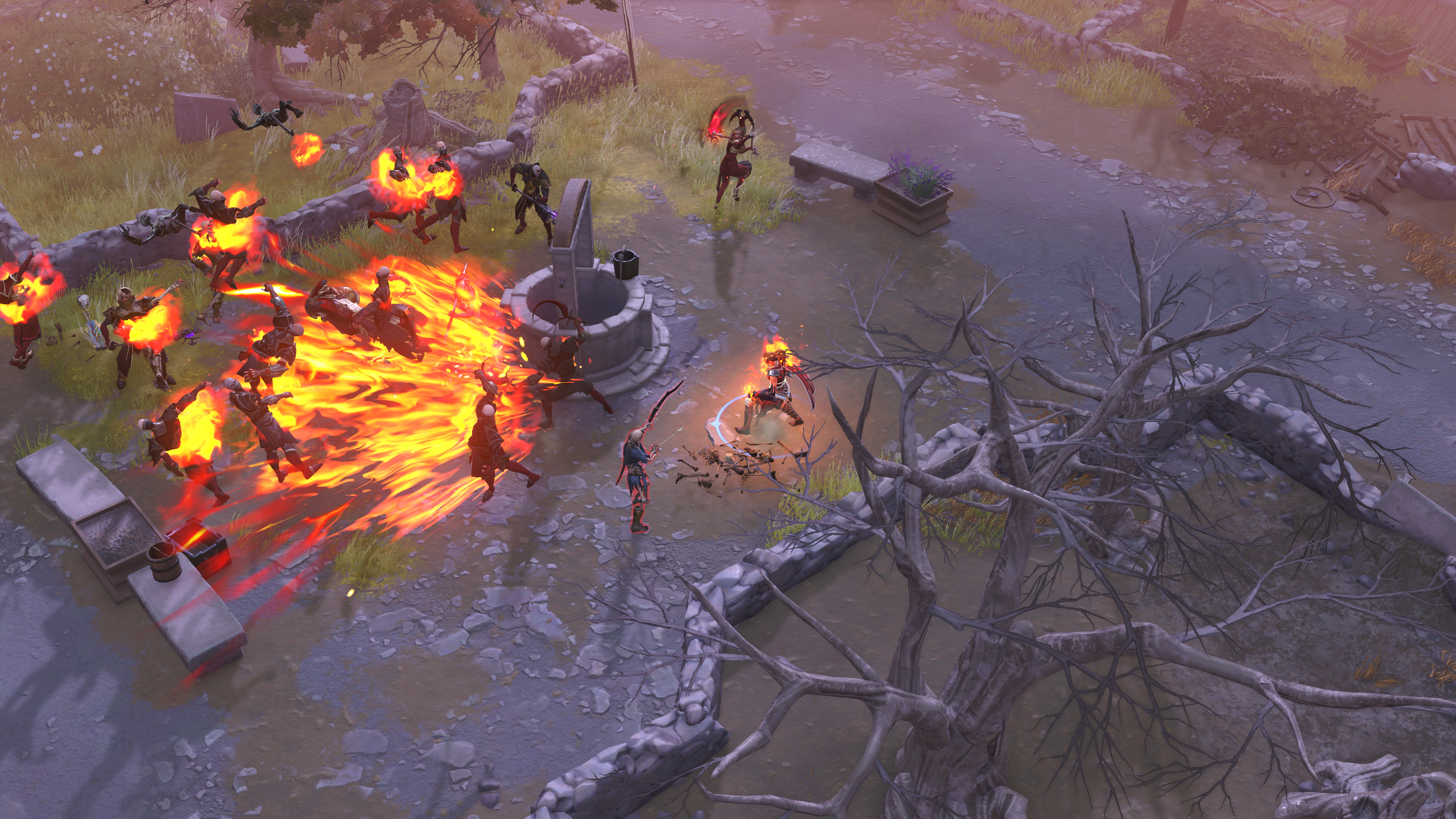 The Spark Meter adds an additional layer of dynamics to the combat system. As a player progresses during combat, their Spark Meter will fill alongside the mana bar. Spark power increases much more slowly than mana, but it is an extremely valuable resource that can be used for two different powerful effects:

Mana Surge is a mode that a player can activate by spending a segment of their Spark Meter to dramatically increase mana generation for a brief time, allowing the player to unleash a burst of spells during that window that would normally be too mana-intensive. This power becomes very handy during particularly tricky encounters.

Spark Powers are unique class-based “ultimate” powers that unlock an extremely powerful ability or set of abilities for a brief amount of time. These abilities are the pinnacle of power that a planeswalker has access to – most of them cost a full Spark Meter, however, and should be saved for only the most dangerous of situations. 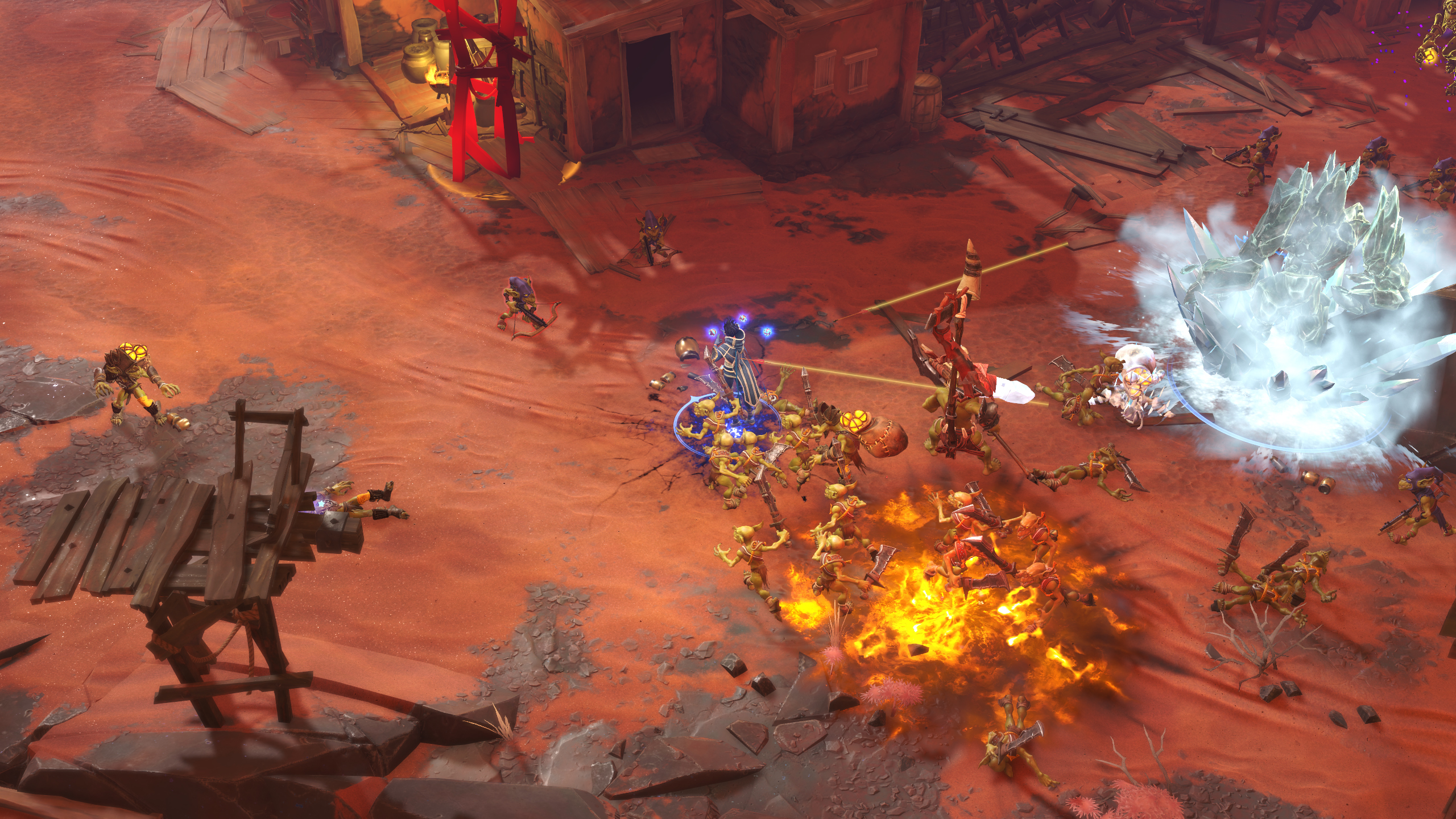 Everything we create for Magic: Legends supports the design pillar of strategic deck building – from spells, to classes, to enemies, and the surrounding systems.  As we continue to expand the total collection of spells from hundreds to potentially thousands throughout the game’s lifetime, we aim to further deepen the identities of the colors and reinforce the importance of decision making with each spell players add to their deck. Whether it’s becoming a rapid-firing spell-slinger, leading massive hordes of minions into battle, empowering monstrous creatures to fight alongside them, toying with enemies while manipulating the battlefield, or something entirely different, our goal is to enable every player to explore and ultimately create the type of planeswalker they wish to be. 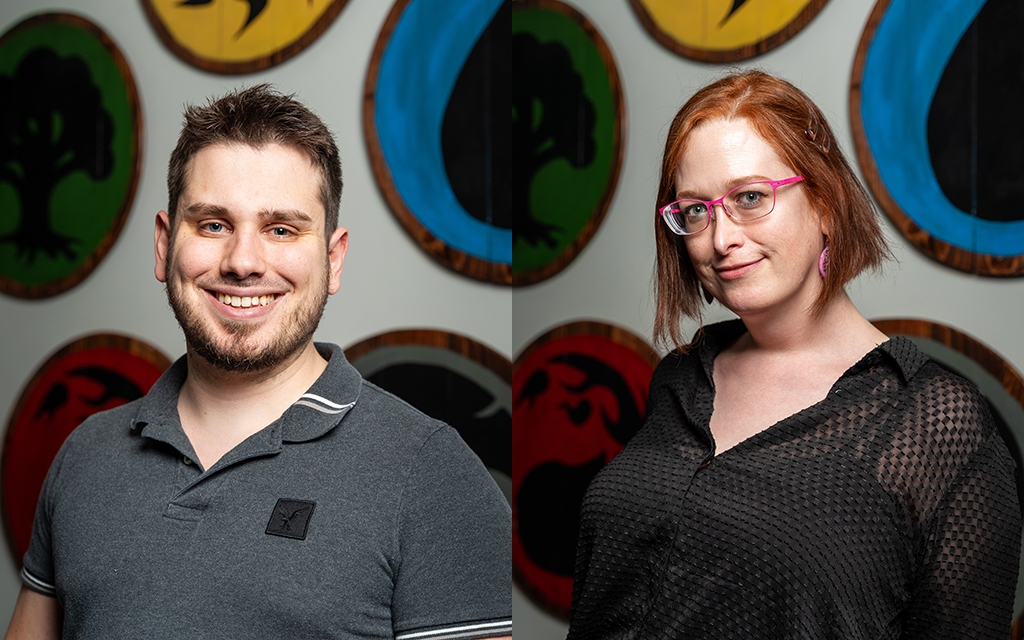