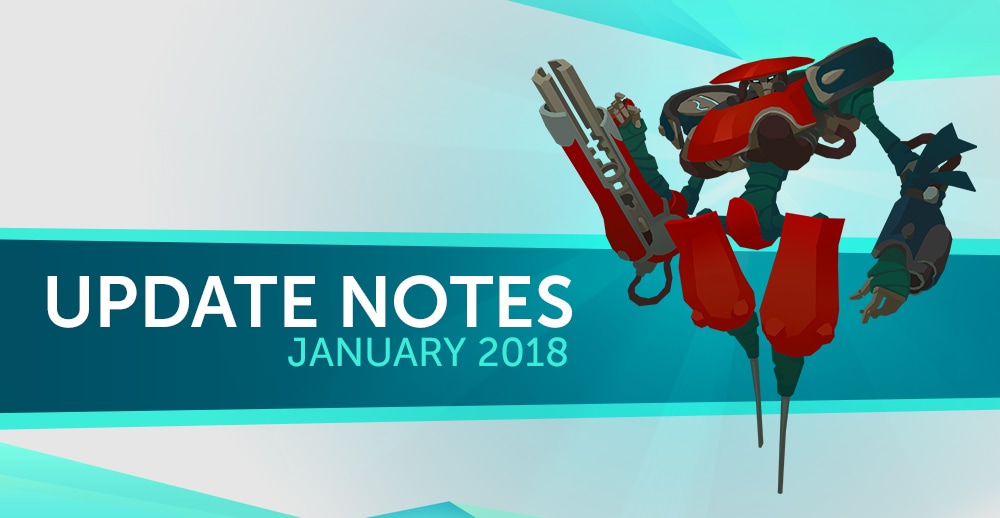 Included in this update are some big changes to the Shop, another round of Hero balance adjustments, exclusive Founder's Pack color variants, two new creatures, and the largest list of new skins we've ever had!

More details on all the changes can be found below. Give them a read to get ahead of the competition, and we'll see you on the airship!

Fear is not their only weapon.

T-MAT's squad left her to rust, broken. She rose out of the canyon with a new intelligence she didn't recognize, suffering from injuries she didn't remember. Now she wanders the realm fighting for the answers she deserves. A mound of leaves may hide a monster. Spring is a time of renewal. Flaunt your fashion as you shoot, slap, and sear your enemies with style!

Pure Escapism now cleanses at the start of the dodge rather than the end.

Fixed a bug where a combination of Big Ball of Fire + Blazing Fast + Make it Rain Fire would cause uncharged fireballs to fire the 3-charge version.

Damage per bolt increased to 60 from 55.

Cooldown decreased to 8s from 9s.

Fixed an exploit that allowed Tripp to fly. Her pilot's license has been revoked.

Spore Imitation and Spring to Life now add 1 second to the Decoy's duration to offset the damage lost by the Decoy using skills.

Delay when firing skills back-to-back or when sprinting after using a skill has been reduced.

Cooldown reduced to 5s from 6s.

Conversion of Strength/Haste/Life cooldown penalty reduced to +5s from +10s.