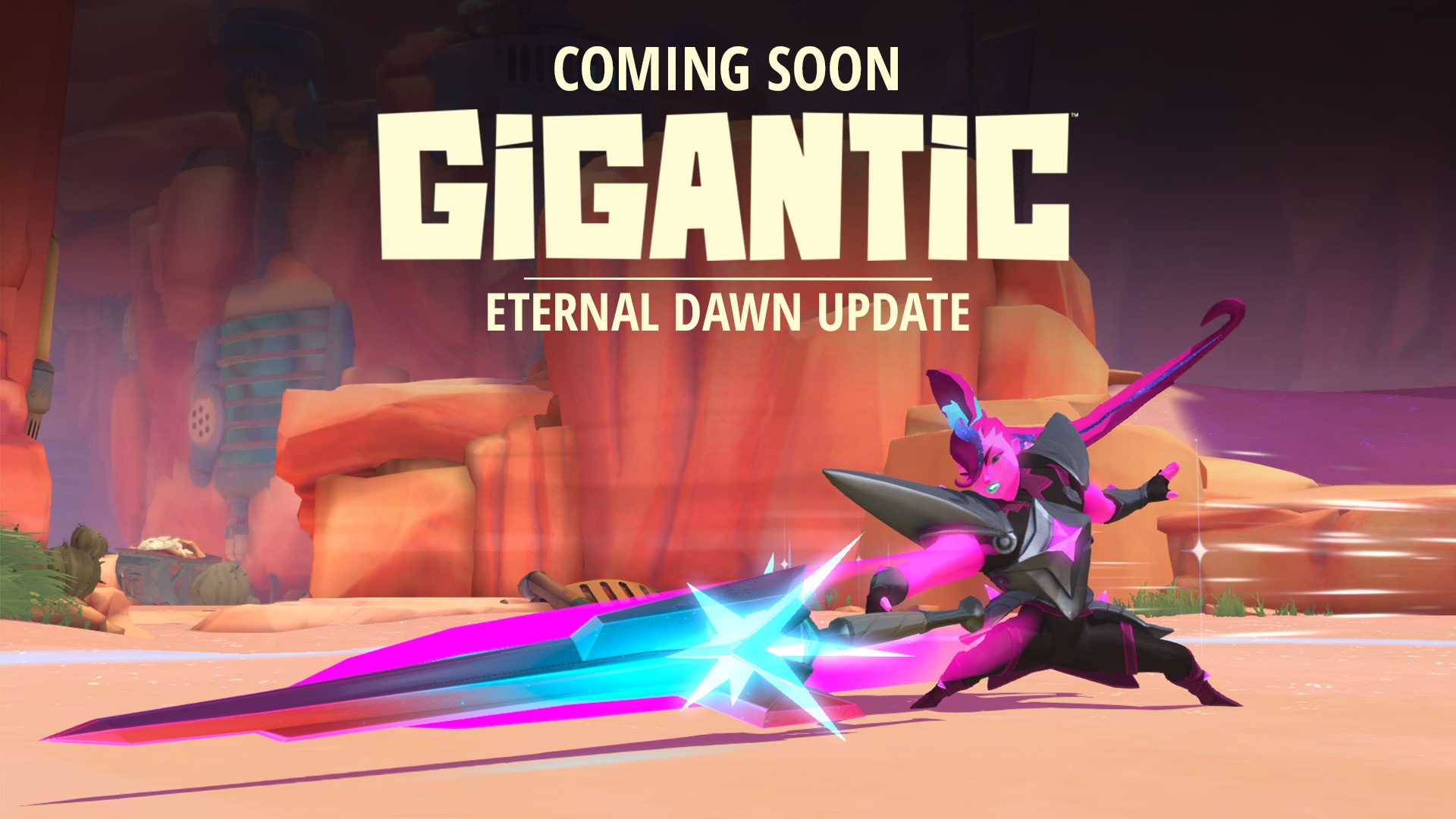 Today we’re proud to announce that Eternal Dawn, the second major update for Gigantic, will release starting on February 23 on Xbox One and Windows 10. The demanding free-to-play high-action MOBA is currently in Open Beta Test as part of the Xbox Game Preview program and will be available on Arc (PC Windows) at a later date following successful testing.

A lance-wielding Eternal who has emerged from the Star City to walk among mortals, Zandora is a melee/support hybrid who uses auras to empower herself and allies on the battlefield. Zandora is already the second Hero released since the game’s Dec 8 Game Preview program live date, increasing the total cast to 18. With the goal of a new Hero every 6 weeks, the team is excited to massively grow the Hero pool, expanding the highly strategic play. Owners of Gigantic’s Founders Pack will automatically unlock Zandora for free.

Check out where you stand amongst the greatest players of Gigantic and move up the ranks. The website leaderboard contains detailed info to assess your overall skill and give you breakdowns of the Heroes you play, and how you play them.

These new progression rewards for all 18 heroes encourage players to master each hero to earn or purchase a new weapon skin at level 10.

A powerful addition to the drake family, the Storm Drake wreaks havoc on whole teams with chain lightning attacks that bounce from foe to foe.

Sport your support for House Aurion with a new skin on the adventuring shooter Beckett, including two color variants.

Adorn the colors of House Aurion on the pilgrim and judge Vadasi, including two color variants.

Inhabit the spirit of House Aurion on the trickster archer Voden, including two color variants.

Stay tuned to our official news site and channels for updates in the coming weeks as we unveil more information about Eternal Dawn!