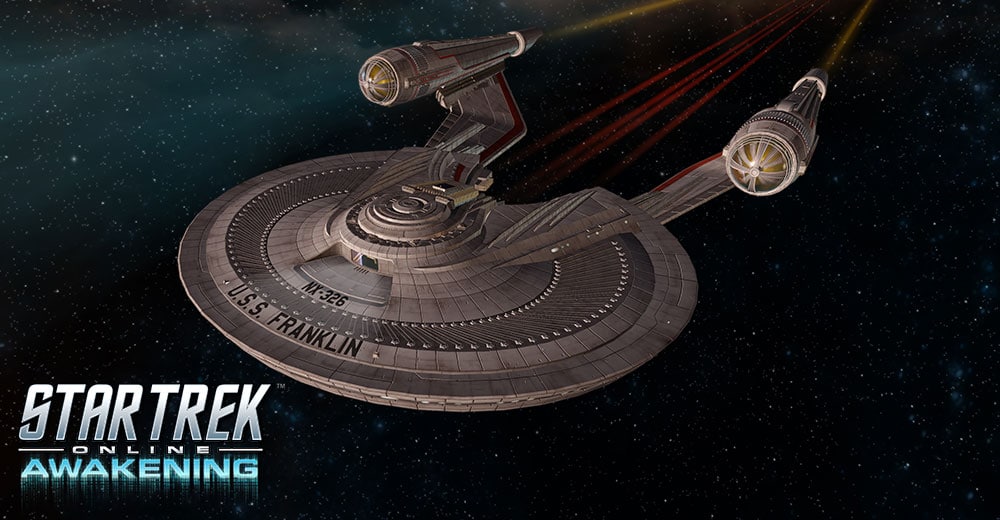 From August 26th at 8am PT to August 30th at 10am PT, everything in the Lobi Store will be 20% off! Not sure what to spend your hard earned Lobi on? Well, during this time period, you'll be able to exchange that Lobi for the Freedom Class Explotation Frigate!

Everyone needs a hobby, and for many, that hobby is retrofitting and flying antique starships – the more classic, the better! A recent incident where one such hobbyist from the future took their prized starship back in time to attempt to view the exploits of a certain prominent Admiral led to a confiscated starship.

The civilian-grade technology of the future is potent.  The future tech the starship was outfitted with is comparable in effectiveness to current cutting-edge technology. The Temporal Affairs department has determined the tech won’t cause significant problems today. As a result, this starship has been made available for use.

The Freedom Class has a classic look, but renovations from the future have made it up to speed with anything in the modern era. It contains powerful communications arrays to overwhelm enemy computer systems, and an enhanced landing system should it ever need to take to ground.

The Freedom-class Exploration Frigate comes equipped with a VHF Disruptive Transmission. When activated, it will blast high frequency radio waves towards nearby foes, dealing significant electrical damage to them, especially smaller ones. Additionally, your ship’s maneuverability will increase significantly while this is active.

This console also provides a passive boost to Electrical Damage and Hull Capacity. It can be equipped in any console slot, on any ship. You may only equip one of these consoles.

You can take a look at this ship in all of the various vanity shields by clicking on the image below! 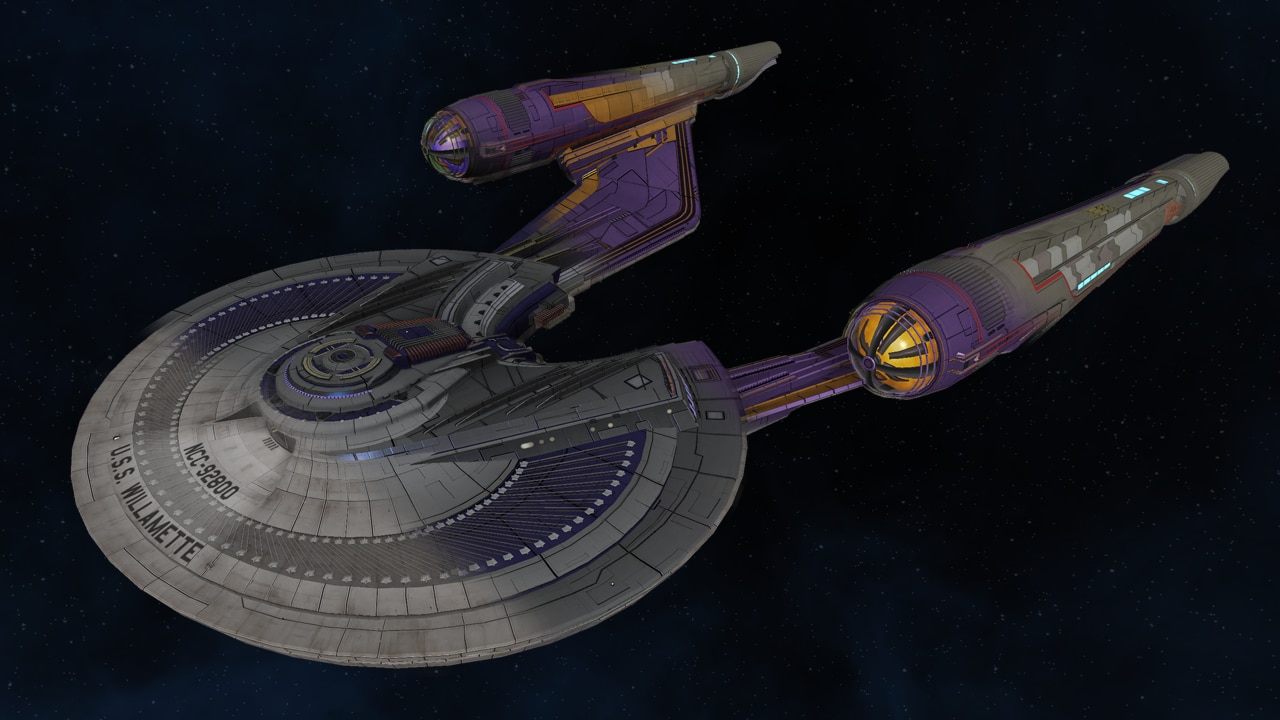